"Kazakhstan Khodorkovsky," aka runaway banker Ablyazov admitted that he coordinated the protests in Kazakhstan from the headquarters in Kiev. No one was surprised - there were apparently no other "oppositionists."

According to the correspondent of The Moscow Post, after days and weeks, more and more information about the pogroms in Kazakhstan appears. Direct and indirect participants in events share new details. So the famous Kazakh radical opposition, and at the same time the fugitive from justice Mukhtar Ablyazov, said that he coordinated the actions of the protesters through a special organizational headquarters located in Kiev, Ukraine.

Kiev, as you know, is not only the mother of Russian cities, but from the 21st century also the center of "color revolutions" in the post-Soviet space, where the "oppositionists" from all over the former USSR pull a magnet. Just not ordinary oppositionists, but those to whom the legitimate methods of political struggle no longer fit - submit a coup d'etat with all the ensuing consequences.

This happened in Kiev in 2014, it happened in Armenia in 2018 (however, foreign policy logic corrected the "development vector" of Pashinyan and his team who came to power), this could happen in Belarus in 2020. It did not work out there, despite all the infusions of people and resources from the European Union, in particular Poland. Behind which, as you know, with a great degree of probability are our American "partners."

At the beginning of this year, an attempt to stage a coup was made in Kazakhstan, a friendly Russian Federation. Moreover, the coup, judging by the way the events developed, was supposed to be bloody, as in Ukraine, with deaths and arson, as well as a complete change in the political elite. At least that part of it that advocated the development of relations with Russia.

But there it was not possible. Yes, Nursultan Nazarbayev, one of the most authoritative politicians of Kazakhstan of the new era, and he is the author of the "two-headed" power structure since 2019, should leave. His successor as president, and now the Security Council of Kazakhstan Kassym-Zhomart Tokayev, also agreed with this.

But the breakdown of the political system did not happen, Tokaev was supported by CSTO colleagues, and the help of this organization of its peacekeepers (for the most part, Russian) helped the legitimate authorities overcome the chaos. Nor did the geopolitical vector change. But a mighty China is also nearby. 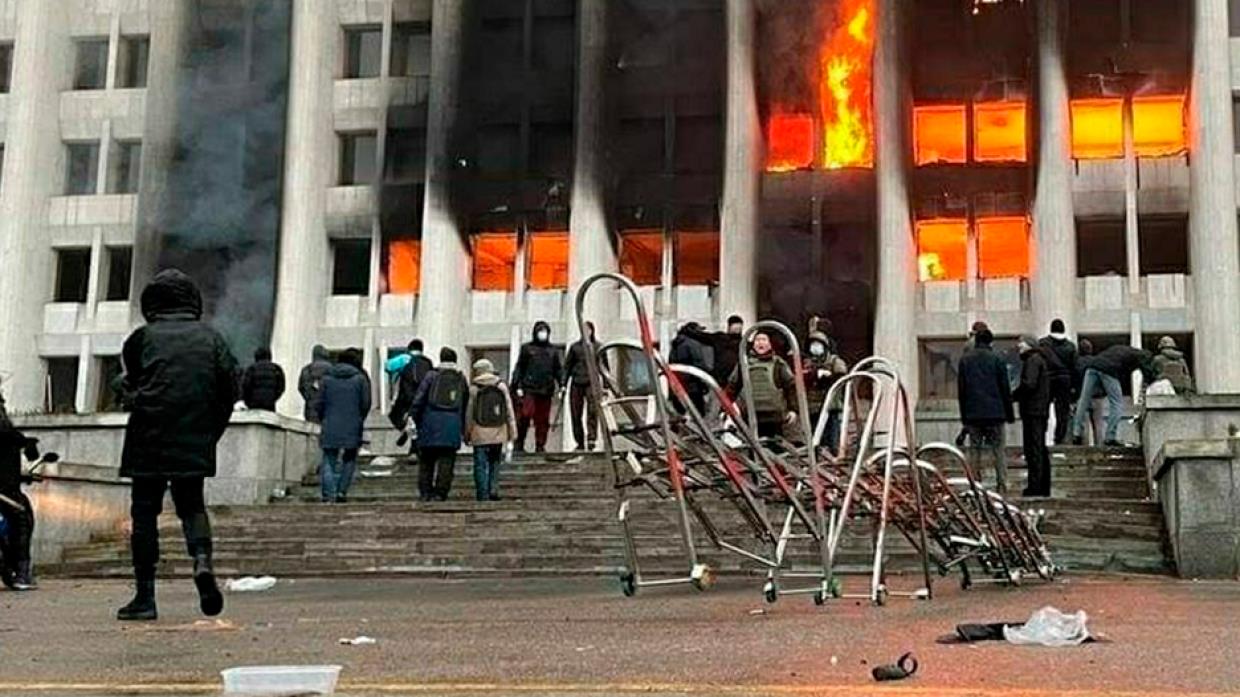 In many ways, we still have to figure it out. Representatives of different creatures of Kazakhstan (conditional territorial-generic division into the Elder, middle and junior creatures - much deeper and more important than administrative), and outspoken extremists from Afghanistan and Central Asia, and American geostrategists should have tried to catch their fish in this muddy water.

Now from the first lips of Ablyazov, and this is the "Kazakhstan Khodorkovsky" with all the ensuing, we learn that the protests were coordinated from the operational headquarters in Kiev. Ablyazov, who is wanted in Kazakhstan, now lives in Paris. Apparently, it is more convenient to lead chaos in your homeland from the European capital.

Nevertheless, he claims that the work of the coordination headquarters of the Democratic Elections of Kazakhstan (the organization is banned in Kazakhstan) intensified immediately after the first statements, when the protest was still socio-economic in nature. Allegedly, the protesters called Ablyazov's Kiev headquarters and received instructions about further actions there.

Ablyazov argues that the protest was supposed to be only peaceful, including opposing looters. About this write RIA "Novosti". But I believe it with great difficulty. Such political figures are much better off pogroms and chaos, as a result of which law enforcement officers lose their organization, hand over administrative buildings.

At the same time, the tactics of Ablyazov himself suggested the seizure of administrative buildings. But now it is the investigation that will be understood - what is the role of Ablyazov and his functionaries in the capture of akimats (city hall), as well as airports, infrastructure facilities, branches of the Ministry of Internal Affairs (where weapons were seized).

Isn't that a direct crime? And could such a structure work and act on the territory of Kiev without the approval of the Kiev authorities, who do absolutely everything to complicate the life of Russia and its allies as much as possible? It is enough to recall how many Belarusian "oppositionists" were sheltered in Ukraine. We are silent about Russian. There, as in Paris, Berlin and Riga Vzmorye, the whole "bohemia" is gathered - from the "untimely departed" Arkady Babchenko to Ilya Ponomarev and Gudkov.

Immediately it is worth recalling the most powerful information support that the Ukrainian media provided to the pogroms. They called it a revolution, like the 2014 revolution of dignity, and the radicals even gave advice on how to better manage the authorities in the streets.

The infamous telegram channel Nehta, whose editorial office lives calmly in Poland - presumably with the money of European taxpayers, also connected. They went further, and provided their Kazakhstani subscribers with a whole instruction, tactics of behavior on the streets in clashes with law enforcement officers. Is it the media, freedom of information? No, it's pure water extremism.

If those who helped make revolutions in Ukraine and Belarus are involved in the events in Kazakhstan from some side, then Ablyazov's choice is not surprising. In Russia, they had to support the current sitter Navalny - also a man who, in parallel with his political activities, managed to get involved in criminal history.

Recall that Mukhtar Ablyazov is the former Minister of Energy, Industry and Trade of Kazakhstan and the former Chairman of the Board of Kazakhstan BTA Bank. In 2009, after initiating a criminal case against him, Ablyazov fled the republic and was put on the international wanted list. Criminal cases against the entrepreneur were also instituted in Russia and Ukraine. About this writes Forbes.

In 2017, Ablyazov was sentenced in absentia in Kazakhstan to 20 years in prison for creating a criminal community and stealing BTA Bank money. A year later, he was sentenced to life imprisonment, accusing Yerzhan Tatishev of organizing the murder of the former head of the bank. In Russia in 2020, Ablyazov was found guilty of articles on fraud, legalization of property obtained by criminal means, and causing especially large damage by deception by an organized group. 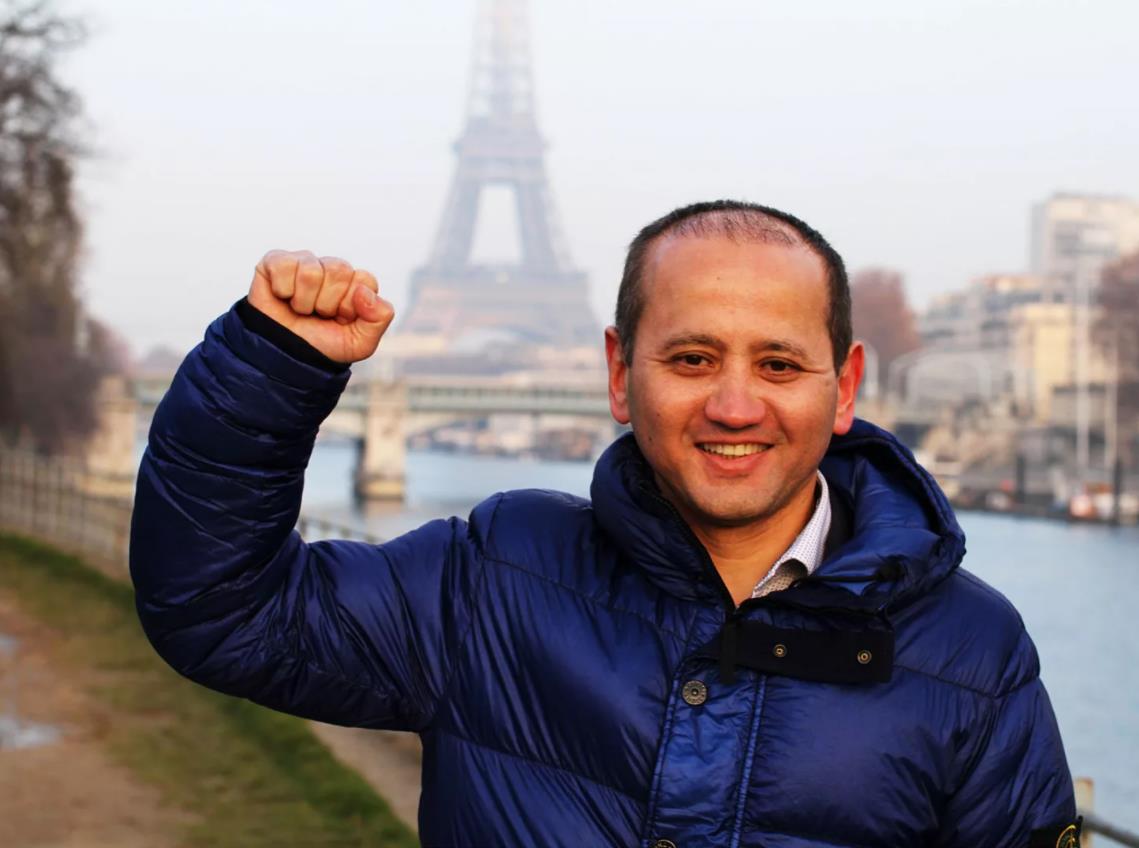 It was Ablyazov who for many years could organize a network of NGOs and foreign agents in the country, who at a decisive moment threw all the forces and means (including media) to overthrow the legally elected government. It seems that it was these processes that overslept the authorities of the Republic, as President of Kazakhstan Tokayev previously put it.

But do not be deceived if Ablyazov and his people in Kiev played a role in illegal protests, then far more influential and resource people should stand behind them. Therefore, we will not find out the full truth soon - but at least there are strings for which you can pull. And who will "stretch out" there - is Victoria Nuland and her friends not a fan of sweet blood? "The investigation will show."

25 May, 8:07
Ordinary fascism: Khodorkovsky, Kasparov and Alfred Koch, who joined them, want to "divide" Russians into "bad" and good

23 May, 8:20
Having embraced Viola: could Finland's accession to NATO lead to the rupture of the post-war peace treaty?