NATO's irresponsible stance led to complete degradation, and, as a result, a final break in relations between the Alliance and Russia.

According to the correspondent of The Moscow Post, analysts continue to discuss the actual breakdown of relations between Russia and NATO. It occurred after a series of provocations by the Alliance, as a result of which the Russian side decided to withdraw its mission at the headquarters of the military association in Brussels from November 1.

Meanwhile, the situation was aptly commented on by presidential spokesman Dmitry Peskov. Answering a question about the breakdown of relations, he said that this break is not fraught with anything, since the relationship, in fact, was no longer.

Arguing with this is difficult, but you need to understand the reasons and background of such a decision. Recall only one last fact: just a few weeks ago, the Alliance revoked accreditation from eight employees of the Russian permanent mission at once, and also reduced the number of work permits for the mission to ten people.

The most interesting thing is that the Alliance did not name at all any reason for such a step, which Russian Foreign Minister Sergei Lavrov did not fail to note. Now, many representatives of the Alliance unofficially express concern and desire to continue contacts between the Russian Federation and NATO. Strange position.

The same Lavrov said that there had been no military contacts with NATO for a long time, bearing in mind that the Mission to the Alliance, in fact, did not fulfill its functions due to opposition from the opposite side. At the same time, the Russian Foreign Ministry does not completely close the doors. They said that the NATO military mission in Moscow ceases its work, but not forever, but indefinitely. The NATO information bureau in our country will also be closed.

What happened was the result of years of degradation of relations between NATO and Russia. And not because of our country. We are not talking about the waves of NATO's expansion to the East in the zero years, which finally put an end to the shy trust that our society wanted for this institution after the end of the Cold War. 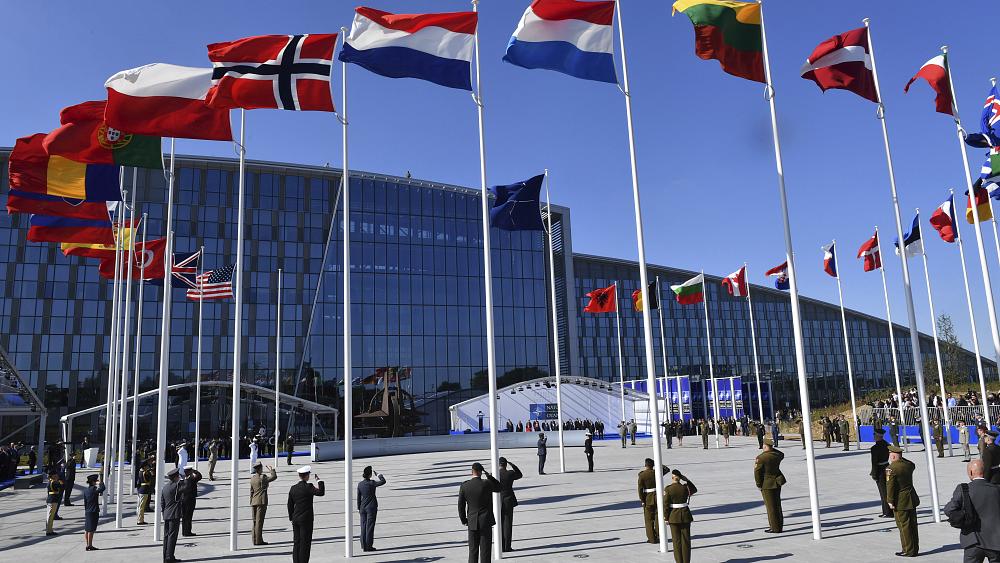 NATO headquarters in Brussels will do without Russian representation

Thus, with or without a mission under the Alliance and official contacts, diplomatic relations with NATO have never had positive consequences for Russia. Meanwhile, the breakdown of relations does not mean that the Russian Federation is breaking relations with the member countries of the Alliance.

In any case, security issues are discussed bilaterally. In addition, the dialogue on strategic stability continues, which Vladimir Putin and Joe Biden agreed on at a meeting in Geneva last summer. And here is an extremely important moment.

It is no secret that the United States remains the main player in NATO, the main sponsor, and the ideological inspiration. In fact, NATO rests on the United States, and at one time, former US President Donald Trump critically reproached Europe for not paying extra to the Alliance's budget.

And it is here, as they say, that the dog is buried. The powerful NATO, which stands on the protection of the borders of its members and is always ready to come to the rescue by virtue of the fifth article of the Alliance's collective agreement (an attack on one of the participating countries equals an attack on others) is an obsolete myth.

In fact, NATO is in the deepest crisis, is an ineffective, amorphous organization in which there are far more bureaucrats than the military. What is only worth NATO Secretary General Jens Stoltenberg - a Norwegian official who has never taken part in any serious military operation that is not a personnel military.

It may be suitable for the role of administrator. But NATO itself has long outlived itself. Recall that it was created to confront first the USSR, and then the Warsaw Pact Organization (ATS). Neither the USSR nor the Department of Internal Affairs has long been, and NATO is not suitable for solving the current problems facing the States.

This was the reason for the creation of another alliance led by the United States - AUKUS in the Pacific region, which in addition to the States themselves included Great Britain and Australia. That is, Anglo-Saxon countries, which somehow continue to go in the fairway of American politics. And the goal is not the Russian Federation at all, but China - the main threat and headache for Washington strategists.

What about other NATO members? France and Germany do not want to be free pawns in the American game, strengthening American, but not European security. On the contrary, the confrontation with Russia through NATO threatens the problems of all of Europe.

Therefore, France, as they say, was thrown under a contract for 50 billion euros. We are talking about the very submarines that Australia wanted to order from France, but at the insistence of the United States changed its position. They say that French President Emmanuel Macron took this as a personal insult.

Separately, Turkey, also a member of the Alliance, can be mentioned. Relations between Turkey and the United States have never been as bad as they are now. It reached the purchase of air defense systems from Russia, which caused a real tantrum in the American military-industrial complex and the curtailment of many bilateral programs. Now the situation is even sharper - there is a possibility that Recep Tayyip Erdogan will seek the withdrawal of the American NATO base near the city of Incirlik, which, by the way, has nuclear weapons. 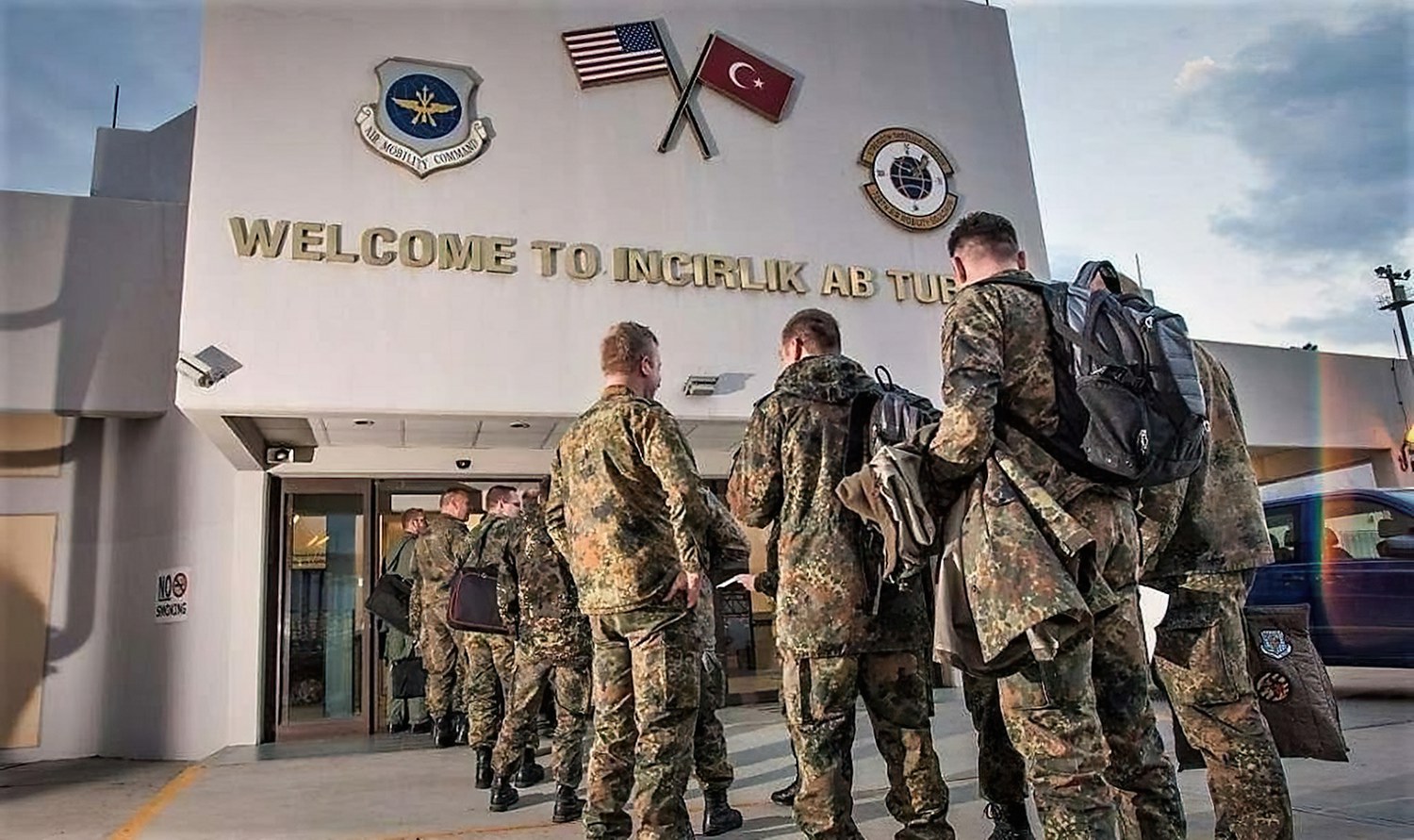 Again there is talk of creating a pan-European army. So far, this is not real, but the fact remains that NATO can no longer be guided. This is also shown by the experience of Afghanistan, where the first violin, anyway, was played by the United States.

Despite this, the contradictions in the Alliance do not allow US to say that the United States has a full and influential influence on the decision-making process right now. Actually, this is why Washington does not put it on the general, but specifically on the Anglo-Saxon association represented by AUKUS. And Europe, at the same time, is building its own relations with the main opponent of the States, China.

In addition, the changed geopolitical situation dictates its logic to US President Joe Biden. And his actions also suggest that NATO no longer relies on there. We have already mentioned the new alliance, but it is important to emphasize the trend itself: the United States is curtailing irreconcilable opposition to Russia (which NATO was the conductor of) to concentrate resources in the Chinese direction.

The most pressing issue is Taiwan. According to experts, China may not later than 2024-2026 decide on a military operation to join the peninsula. And it is naive to think that France or Germany, as well as smaller countries, will implement American directives within the framework of NATO in the event of such a large-scale crisis.

Therefore, Joe Biden, contrary to the forecasts of some alarmists, turned out to be much more balanced and constructive in relation to Russia. Hence the direct contacts, the dialogue on strategic stability, the green light for Nord Stream-2, and many other steps. The United States did not become a friend of Russia, just now it is profitable. And NATO, it turns out, is just an irritant for Russia.

This applies absolutely to any complex problem to which NATO unsuccessfully tried to connect. Iran's nuclear program, North Korea, the situation in Libya and Syria, finally, "ensuring the security" of Ukraine and Georgia. In this context, breaking relations with NATO for Russia is not a critical step, but only a recognition of realities.