Where did one hundred billion rubles from "Russian Standard Bank" of Roustam Tariko go?

According to the The Moscow Post correspondent's information, in just one month time, "Russian Standard" lost more than 100 billion rubles! Net asset indicators fell by as much as 31%. Deposits of individuals and investments in securities collapsed. All the evidence suggests that Tariko is on the verge of bankruptcy. But the businessman doesn't seem to be in a hurry to pay off investors? Nothing left? Is all the money invested in the alcohol business or "withdrawn" to foreign accounts?

It is unclear why the Bank has not yet been interested in by the competent authorities. Return on net assets for a month fell by 33.6%, return on capital - by 38.1%. Businessman Tariko is not just limping on both legs, but literally "dragging" on the ground! And the holders of defaulted Eurobonds of Bermudian "Russian Standard Limited" press from their side.

Let us recall, that the Bank tried to solve its problems back in 2015. Then Tariko managed to reach an agreement with creditors and restructure two issues of subordinated Eurobonds – for $ 350 and $ 200 million, which could "straighten out" things.

The investors did not receive their money after the promised period of time, and in March 2018, Tariko launched a second "promotion", offering 25% of the nominal value or 20% plus part of the Bank's profit for the bonds. The partners rejected this idea, as they wanted to get either money or 49% of Bank's stocks, which were pledged on bonds worth $500 million. To do this, they created an initiative group of 27% of investors and blocked the possibility of Roustam Tariko to restructure.

The lawsuit has been going on for 1.5 years and Tariko may, indeed, lose the Bank. In February of this year, Swiss "Pala Assets Holdings Ltd." filed a lawsuit in the Moscow Arbitration Court against the businessman and all the members of the Bank's Board of Directors for 3.7 billion rubles, as Interfax reported. However, investors can, apparently, take nothing from the "desolated" credit institution. 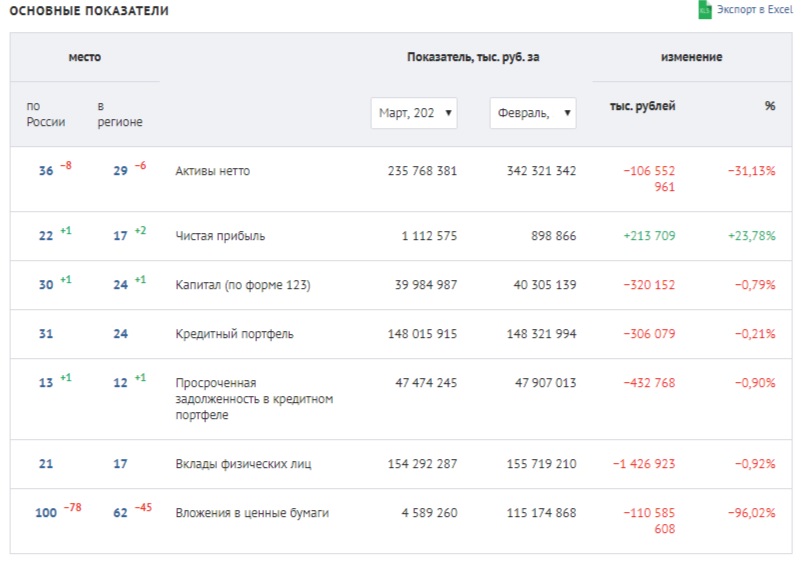 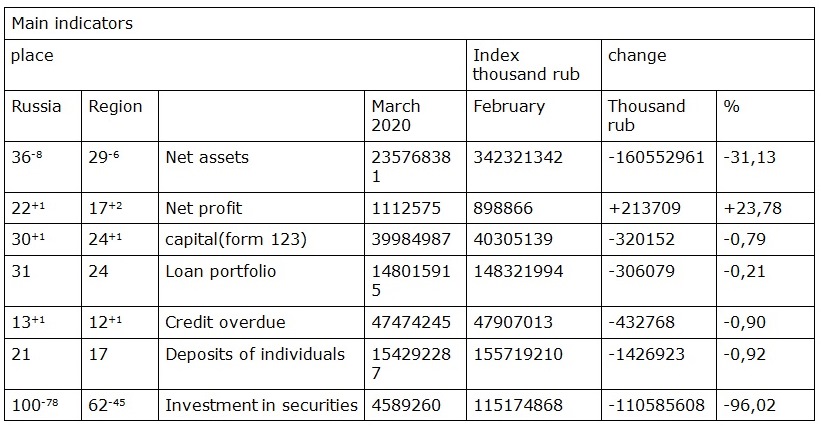 These are the indicators!

But it is unlikely that Tariko is ready to part with his favorite Bank. After all, if the stocks go into the wrong hands, huge frauds can be suddenly revealed. Last year Lenta wrote that about 19.3 billion rubles could have been spent on accounts of Tariko's alcohol holding company "Roust" from the structures of the "Russian Standard"! Perhaps, that is why the financial indicators collapsed. Did investors "give" it to Tariko for vodka? 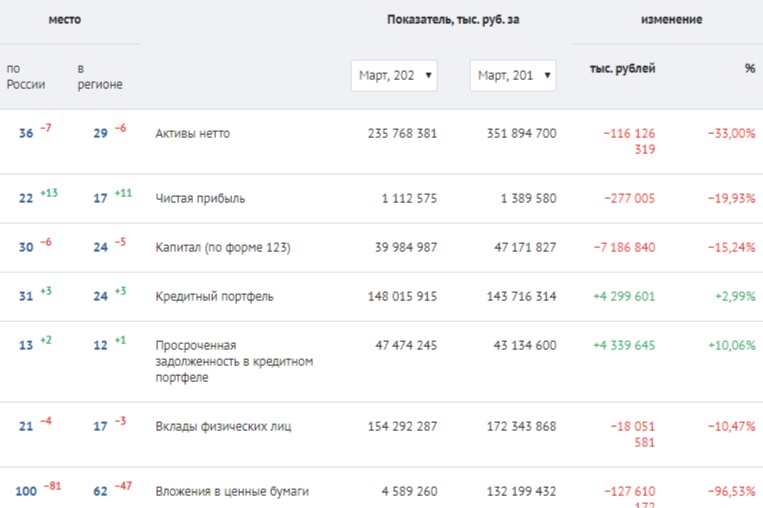 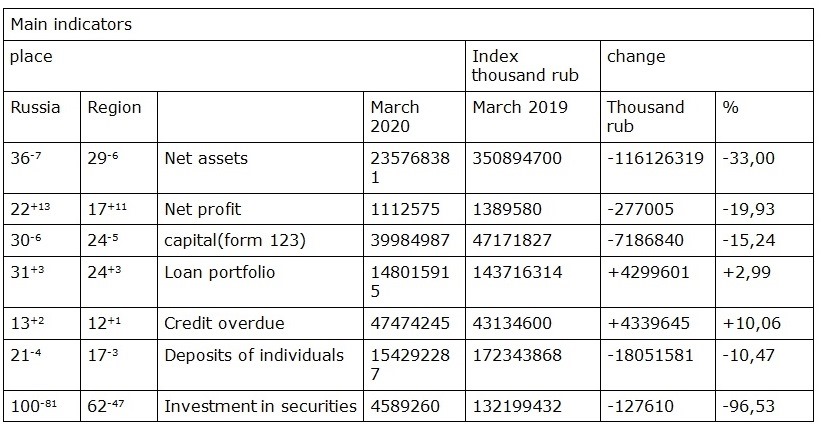 For comparison, the indicators for March 2019 and March 2020. 116 billion evaporated! Further more?

It is curious, that Mikhail Khabarov, Executive Director of the state Bank "Trust" and former President of the A1 Investment Company, took on the task of resolving the conflict between Tariko and his partners. The latter was characterized by a strict approach to "knocking out" debts, although more often such operations were called "raiding" by hearers. The investors, who were waiting for money from Tariko, apparently, did not take this detail into account.

They also did not take into account the fact that back in 2013, A1 "fit" into the conflict between the bankster and Mark Kaufman - the former owner of the Whitehall Group over the Polish alcohol holding company CEDC, this was written in detail by Journalistic Control. The fact is that the Polish asset limped, so Kaufman and Tariko tried to "grab" a controlling share, that is why they offered the Board of Directors their options to save the company. Kaufman decided to make a "horse move" and invited Khabarov as a third person, and it is unlikely that he agreed to work for "pennies".

The latter actively "butted heads" with Tariko (who had almost the entire Board of Directors of CEDC on his side), but at the last moment, when Kaufman already saw the stocks in his pocket, Khabarov unexpectedly left the game. He simply stated that A1 does not consider the transaction profitable. The shares went to Tariko for a song, although he still overpaid for the controlling stake (it is still unknown how much he transferred to Khabarov). It turns out that only A1 won the argument. Will this story repeat itself with the investors of "Russian Capital Bank"?

Khabarov seems to understand clearly that there is nothing to take from the "leaky" credit structure of Tariko, but the bankster has got spare (or main?) variant - an alcohol business, and particularly the holding "Roust".

No wonder that last year Bel.ru wrote about the thriving vodka business of Mr. Tariko. For the first three months of 2019, "Roust" was showing an increase in global sales by as much as 14%. Moreover, it managed to achieve positive dynamics not only through sales in Russia, but also abroad. In total, the holding sold 20% more products in the first quarter of 2019.

But it is too early to rejoice! Sales volumes are growing, revenue is growing, but for some reason there is no profit. Surprisingly, revenue for 2018 amounted to 51 billion rubles, and profit - minus 1.5 billion rubles! Moreover, the asset made a profit only in 2014, all the rest of the time employees, apparently, "labored" for free. Tariko shows interesting working methods. May the point be in the offshore company that owns 0.01% of the shares? Does billion profit "float" to the accounts of CIREY HOLDINGS INC? 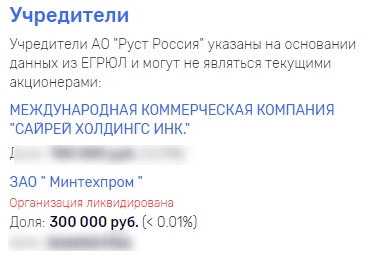 Can Khabarov resist "clinging" to such a business? Can investors wait for their money "until they are blue in the face"?

The same story applies to the alcohol giant's subsidiaries. For example, LLC "Bravo-Premium" with revenue for 2018 – 928 million rubles, brought a profit - minus 57 million rubles. Moreover, the share of "Roust" is under foreign encumbrance, under the control of TMF TRUST LIMITED from the UK. Is that the place where the money of the domestic "alcohol-industry" flows?

It is difficult not to suspect the businessman of "money laundering" when almost all of his structures have got their offshore roots. Here and CJSC "Roust Inc" and CJSC "Russian Standard Company" is controlled by the Bermudian "ROUST TRADING LIMITED".

So, both investors and the "Trust" may simply be late. If so much money flew out of the "Russian Standard Bank" within a month, can the same "opera" be in alcoholic assets? Will soon there be nothing to shake and no one to shake from? What stops Tariko from going abroad?

After all, the "Russian standard" has already been looked at by the security forces. Back in 2007, the Prosecutor General's Office instructed to launch a total check. Central Bank, Federal Antimonopoly Service and Federal Service for Financial Monitoring had to monitor the observance of the rights of consumers when issuing loans, as Scandaly.ru wrote. Apparently, the security forces suspected financial fraud.

It is surprising why the Central Bank and the Prosecutor General's Office are now inactive. If everyone can easily view the data in the public domain, why is the loss of 100 billion still not trumpeted?! It is worth remembering one story that UralBusinessConsulting wrote about. The client was offered to sell a kidney to pay off the loan and allegedly even calculated the cost of such an operation! It is interesting to know how many kidneys Roustam Tariko needs to "sell" on the black market in order to close the gaping "hole" in the "Russian Standard"?

Investors should evaluate the Bank's statistics, maybe then they will stop hoping for A1 and start demanding their money more actively. If, of course, there is still something left in the bins of the "Russian Standard".