The investigation of 3.2 billion rubles loss by the management of the Federal Agency for State Reserves is the first "step" in a series of large-scale theft. Top managers of Rosneft and Rostec may be involved in the "cut"?

The list of defendants in the case includes former Deputy Heads of the Federal Agency for State Reserves Alexander Kiryukhin and Oleg Lazarev, ex-head of the Departmental Research Institute Sergey Ulanin and his subordinate Vadim Gavrilov. Alexander Bezrukov and Alexey Pavlov, businessmen from Naftapremium LLC, were also included in the "disgrace". All of them "burnt" on the theft of funds allocated for technology development in order to extend the expiration date of diesel fuel. A correspondent of the The Moscow Post tried to unravel this story and found out that the Head of Rostec Sergey Chemezov and the head of Rosneft  Igor Sechin may be interested in this story.

The tender for the fuel "revival" was given away in 2014. Despite the fact that several large oil companies were registered as candidates, the competition was won by Alexander Bezrukov's little-known Naftapremium LLC. Kiriukhin signed the contract with him. Why was trust aroused by the office that had a profit of minus 2.8 million rubles at the time of 2013?

It is not surprising that the unprofitable company failed to cope with the fuel task and fell into the clutches of employees of the Investigative Committee of Russia after checking. By the way, in 2016, Naftapremium was "slammed", but this did not help hide from the domestic Themis.

Certain Elvira Bezrukina worked on the liquidation of the company together with Alexander Bezrukov (arrested owner of Naftapremium). Too similar surnames. Did the Registry Office worker make a mistake while filling documents or the surname was "corrected" a little on purpose? 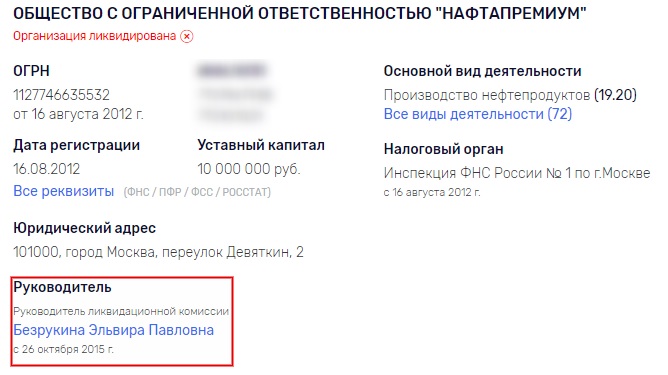 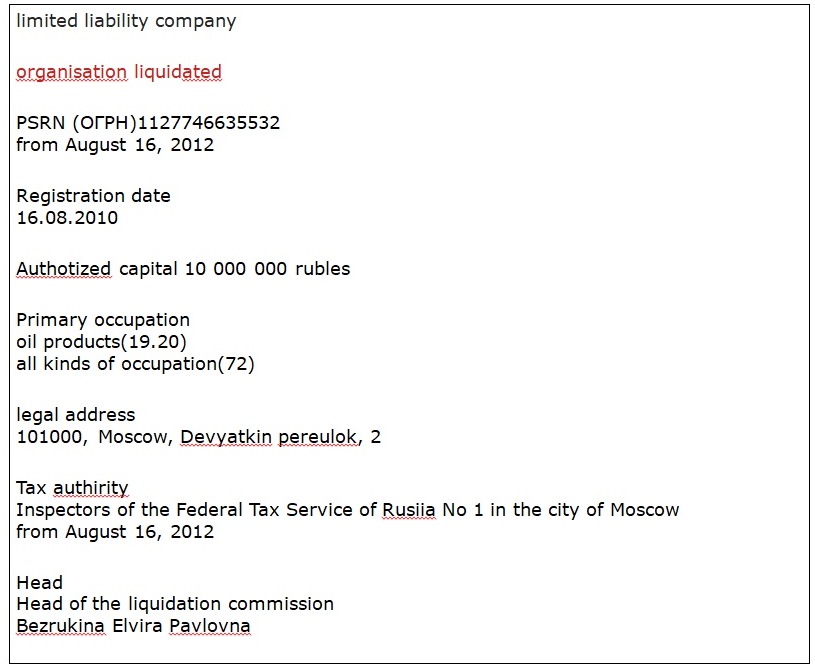 Did Bezrukina help "slam" the asset?

But something else is interesting. In 2012, the same lady — "liquidator" removed a certain NPP Qualitet LLC, which was engaged in oil products. A curious character, Alexander Medzhibovskiy, appears to be in the list of founders. Though Medzhibovskiy is not just a businessman, but also a scientist, a doctor of technical sciences and a professor. And what a coincidence! Versatile gentleman is  the founder of NPP Qualitet LLC! 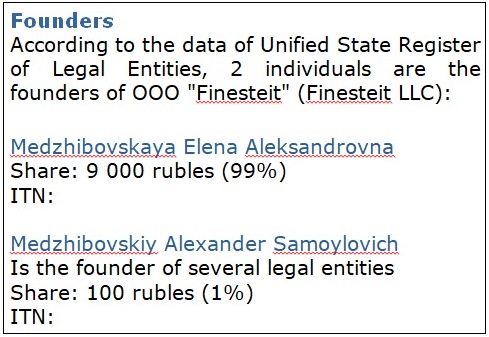 The company is engaged in the production of lubricants and antifreeze so well, that the amount of government contracts "exceeded" 742 million! And what is interesting is that a small firm works with such giants as PAO (PJSC) ANK Bashneft (a subsidiary of Rosneft) and PAO (PJSC) Sukhoi Company, AO (JSC) NPC Uralvagonzavod (controlled by Rostec). Jackpot! 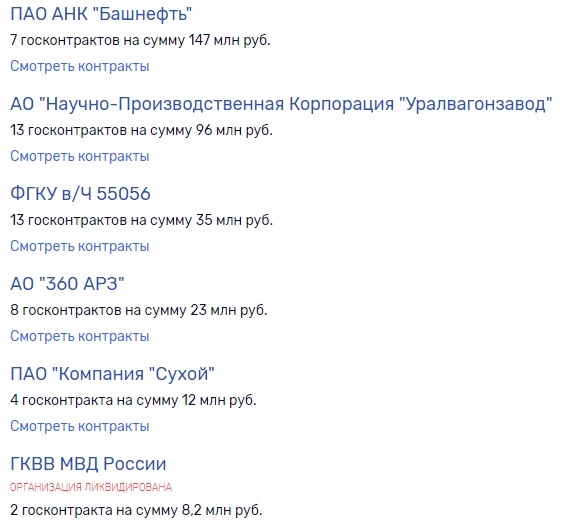 But why does Rosneft give more than 147 million rubles to a third-party company, while it has a number of plants that can supply lubricants?! Moreover, oil is needed for the product manufacturing. Which has to be taken from Rosneft as well?! From Rosneft for Rostec through an inconspicuous intermediary? A vicious circle! More precisely, not a circle, but a triangle. The Bermuda Triangle, from which budget billions disappear.

By the way, money from the NPP Qualitet LLC can be withdrawn. A subsidiary of the company OOO (LLC) Firm Quat earned as much as minus 283 thousand for 2018. Despite the fact that the revenue was 56 million rubles! How is this possible?

But this is not all. At the same address with NPP Qualitet LLC (Lyubertsy, Kotelnichesky proezd, 4), a tiny Kvalitet-Avia LLC, which is also engaged in the production of lubricants is registered. Surprisingly, 7 employees managed to get almost 62 million rubles on government contracts. And again Uralvagonzavod is ahead of the rest. The structure, which is controlled by Rostec, presented almost 16 million rubles to Kvalitet-Avia  LLC!

What if Mr. Sechin and Mr. Chemezov managed to agree? Rosneft supplies NPP Qualitet LLC with raw materials for the production of lubricants, and later both Rosneft and Rostec buy them. But the money appear in the intermediary's pocket? If we calculate the total amount of contracts, it will be enough for more than a dozen villas!

But Sechin and Chemezov can keep their "savings" not only in the "stocking" of the intermediary. The fact is that office of LLC NPP Kvalitet-Avia is registered at the same address – Kotelnichesky proezd, 4. More precisely, it was registered. The company was liquidated in 2015. Perhaps it was through it that large financial tranches passed (including the money of the Federal Agency for State Reserves), because the list of founders includes the offshore company NEDEN HOLDING B. V. 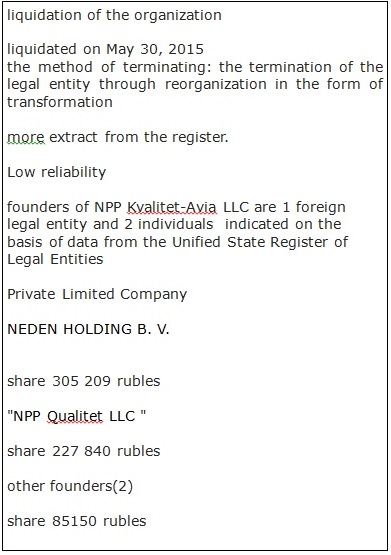 May the asset be "slammed" because they tried to hide the theft? Moreover, the current Kvalitet-Avia LLC was registered in 1998, and the liquidated NPP Kvalitet-Avia LLC in 2003. Why do businessmen need two structures with the same names and, most likely, the same occupation?

Is the Head of the Federal Agency for State Reserves in the share?

Gogin has been "ruling" domestic supplies for 10 years. And, according to the classic official realities, they could not manage without corruption scandals and arrests. According to Znak, the investigation of the fuel collapse can become a "starting point" for Gogin – the corresponding report is already being prepared for the Head of State and will probably soon be on the presidential table.

Maybe Gogin overestimated his strength. Or his "roof"? The fact is that before his appointment to Federal Agency for State Reserves, he worked in the structures of JSC Russian Fuel Company. In 2009, Forbes wrote that 25% of the stocks were owned by well-known businessmen Rotenberg. Moreover, the firm was serviced by SMP Bank, which was controlled by merchants.

The official representative of the businessmen previously stated that the block of shares in the Russian Fuel Industry never belonged to the brothers. But RBC in 2015 clarified: The Rotenbergs could have started buying shares since 2004, when Oleg Belozerov, now the General Director of RZD, was "ruling" the asset. Has Gogin also got "excellent" relations with Belozerov? Covered from all sides? Therefore, was not afraid to issue a tender with Naftapremium LLC?

May the theft in the Federal Agency for State Reserves be only the beginning of a long story about "squandering" the budget? What if the cornered Alexander Bezrukov begins to cooperate with the investigation and (what horror!) trick his "companions" in business. Can not only officials of the Federal Agency for State Reserves, led by the long-serving Gogin, but also well-known top managers of state corporations get in "disgrace" then? Should Sergei Chemezov and Igor Sechin get ready?