Has Dmitry Bosov "tricked" his partner?

May the dismissal of Alexander Isaev's partner from joint structures be related to the desire to promptly sell problematic assets due to fears of criminal prosecution?

Controversial businessman Dmitry Bosov fired his partner, Alexander Isaev from all the posts at coal companies "Sibanthracite" and "VostokCoal". Allegedly, he was suspected of theft and abuse, as  RBC writes.

Isaev was a Member of the Board of Directors of "Sibanthracite". In addition, he controls 50% of the management company "VostokCoal", the second half of which is owned by Bosov. Isaev himself does not comment on his dismissal. A correspondent of  The Moscow Post has been puzzling out the situation.

What details about Isaev were suddenly revealed by Bosov and why he did not go to the police (at least, it has not been reported so far), no one in Bosov's companies specifies. Is there a theft without criminal prosecution for it? This seems to be suspicious.

According to insiders, the reason for the corporate conflict, that came to the surface, could be Isaev's categorical disagreement with the sale of assets, which was started by Bosov.

Allegedly, in this way, Bosov hopes to get away from the threat of criminal prosecution, hanging over him, and Isaev began to stick his oar in.

As "Kommersant" wrote, in March 2020, Bosov launched the procedure for selling his coal project "VostokCoal-Dikson" on Taymyr, which also includes the construction of the "Chayka" terminal in the port of Dikson at a value of 18.6 billion rubles.

Potential purchasers were: "Rostec", "Rosatom" and even "Rosneft". The problem is that a loud scandal is connected with Bosov's coal-mining assets, which can turn into the most serious consequences for the businessman up to the dock. 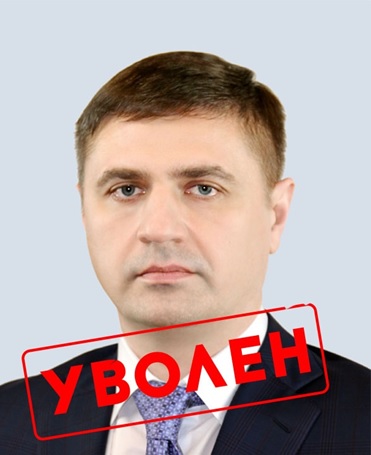 Alexander Isaev. This photo with the words "fired" appeared on the website of "Sibanthracite" in the section "Board of Directors".

In April 2019, the Federal Security Service opened a criminal case against unidentified persons from the leadership of Bosov's "Arctic Mining Company" due to illegal mining and subsequent sale of coal on the Taymyr. This was reported by  RBC.

"Arctic Mining Company" (AGK) is one of the projects of Bosov and Isaev's "VostokCoal" Group. In many ways, this company depends on the implementation of the May Presidential Decree on the growth of cargo traffic in the Arctic.

AGK possesses a license for geological exploration in the certain area of Malaya Lemberova river on the Taymyr Peninsula. In December 2016, the Malolemberovskoye field was discovered there, and a year later, Bosov and Isaev received an operating license.

However, in the same year 2016, the Prosecutor of the Taymyr district conducted an inspection at the area, after which "Rosprirodnadzor" accused  AGK of unauthorized mining of coal - the work was carried out without project documentation.

In 2017, the company claimed 2.1 billion rubles in damages as RBC  wrote about this. Bosov and AGK desperately fought back in court, trying to get recognition of illegal unscheduled inspection of the area. But in vain.

It got to the point that the Federal Security Service was also involved in the dispute as a third party. Perhaps, that was exactly the time when law enforcement officers decided to take a closer look at Bosov and his business.

In addition, in the course of these proceedings, it became clear that the AGK destroyed the unique nature of the "Great Arctic State Nature Reserve". Bosov's subordinates were so eager to illegally extract coal that they "plowed" the protection zone of the "Medusa Bay" cluster.

AGK may raise questions not only from law enforcement officers, but also from ordinary observers. Andrey Isaev is still listed as the owner of the company with a 50% share. And the second half, which should belong to Bosov, is recorded in the Cyprus offshore company "Isova Investments Limited". 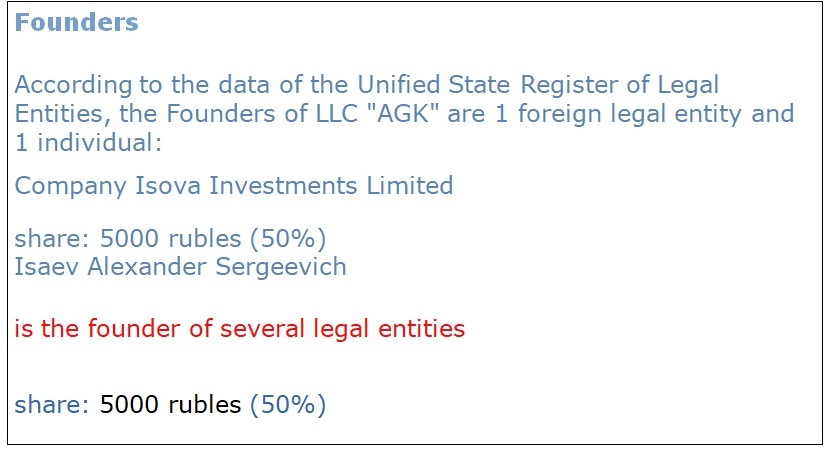 Why is the asset on which the loading of "Sevmorput" and the implementation of the Presidential Decree depends half located in a foreign jurisdiction?

At the same time, the company, which should work on Taymyr since 2017, has no data on revenue, and the profit for 2018 amounted to a paltry 2.8 million rubles. Isn't  it too little for such a large-scale project? 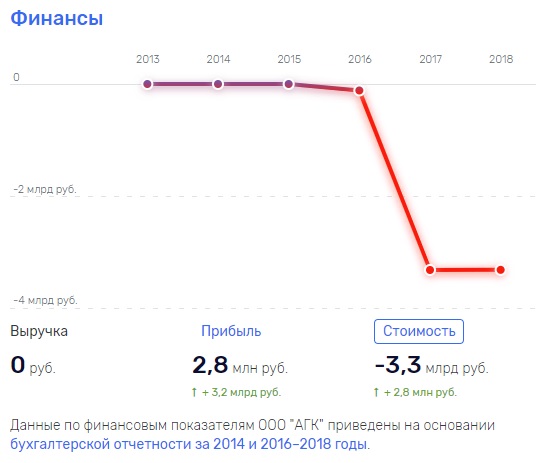 Even more strange are the negative figures of AGK's asset values: minus 3.3 billion at the end of 2018. Moreover, they have been in the minus since 2017 - just when the company received an operating license for the Malolemberovskoye field.

It is likely that the company's financial statements are "drawn". Why? Is it  done in order to hide some fraud, to avoid taxes, or both?

Besides AGK, Bosov has got a lot of problems. He is the founder of 13 companies at once. What is more, many of them are now so deeply indebted that it begins to resemble a financial pyramid.

According to "Wek" publication, a number of the employer's mining companies are unprofitable. In particular, we are talking about LLC "UGRC" (Ural Gas Repair Company), LLC "PGK" (Pechorsk Mining Company), LLC " BGC " (Bashkir Generation Company) and others.

Bosov might not have enough money also for his most ambitious project: "Severomuysky Tunnel-2", which should be implemented by Bosov's company "Sibanthracite".

The value of the project is estimated at 60 billion rubles, but the financial capacity of "Sibanthracite" is allegedly not enough even for half of the construction so far, which may threaten the project of national importance with disruption.

Is this one of the reasons for the sale of assets: to sell everything now, so that the claims do not have time to be presented to Bosov personally?

Against the background of these problems, Bosov continues to be criticized for his irresponsible attitude to environmental issues. It has already been said about the "Great Arctic State Nature Reserve". Another point of tension is Port "Vera" in the Primorsk Territory.

Residents of the Podyapolsk village in the Primorsk Territory are suffocating from coal dust that flies from its side.

In the same port, the Bosov's structures are building a new marine terminal. People's discontent led to the fact that representatives of the port assured that measures aimed at taking care of the environment will be introduced.

Allegedly, the port has already started to conduct research on the environmental condition of the water area, and after that they will install dust suppression and air purification equipment. It is rumoured that nothing of this has been done so far.

The main thing is to avoid an industrial disaster, because Bosov has also got serious problems with industrial safety. Back in 2015, a section of the Iskitim-Elbash-Ust-Chem highway collapsed at the Vostochny coal open pit mine (part of VostokCoal).

The rivers such as Berd, Krutikha and Elbash were polluted, and the people of nearby settlements were left without water. This was written by the publication "Ves Iskitim".

The customer of the road was Bosov's company "Siberian Anthracite", which tried to shift responsibility to its subsidiary "Vostochny coal open pit mine". Later it turned out that the construction of the road could have been carried out with serious violations, and the customer repeatedly made changes to the project.

Another headache for Bosov may be the criminal case of ex-Minister Mikhail Abyzov, who was repeatedly called to be a friend of Bosov.

Mikhail Abyzov and Dmitry Bosov may have a long relationship. It is rumored that back in 2008, "Novosibirskenergo", then controlled by two businessmen, could be "fed" from the budget of the Novosibirsk region, which was headed by Vasily Yurchenko.

He was subsequently removed from office for loss of confidence and given a three-year suspended sentence. This was written by RIA "Novosti".

During the entire epic with Abyzov, a lot of rumors were spread on the network, particularly, that the latter was one of beneficiaries of the "VostokCoal". Bosov and Abyzov can own the firm through a whole network of intermediate companies. 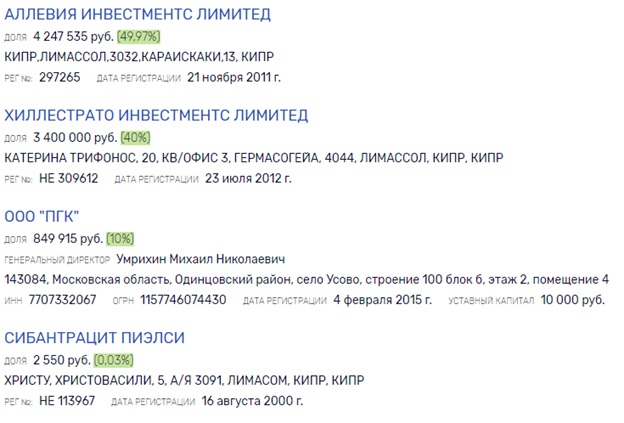 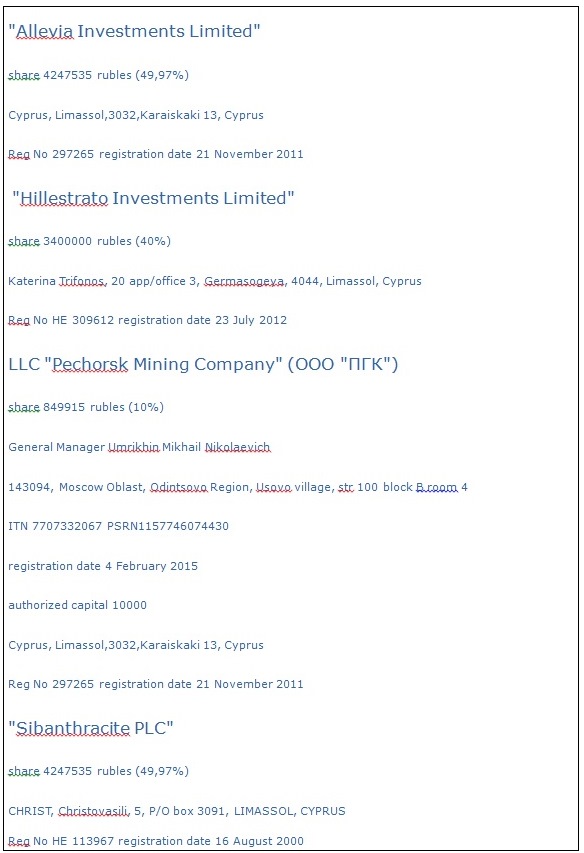 Another 10% belongs to LLC "Pechorsk mining company", which was established by the Cyprus offshore company "Sibanthracite PLC". It also owns LLC "Vostochny open pit mine" (85%).

It is rumoured that Abyzov's share is hidden in one of these offshore companies, namely "Hillestrato Investments Limited". Does it mean that Bosov, along with Abyzov, who is accused of creating a criminal community, could withdraw billions earned from Russian mineral resources abroad?

There is a version, according to which, Abyzov may break down at one moment, and begin to hand over those of his partners who had previously remained in the shadow. Hoping for leniency. Is this one of Bosov's fears?

In addition, it is rumored that the empoloyer has extremely strained relations with the head of an "Independent Oil and Gas Company", Eduard Hudaynatov.

Allegedly, "Siberian Anthracite" entered into a "clinch" with Hudaynatov's business interests, which may be backed by Igor Sechin, over the conflict that concerns "Kolyvanskoye field".

The combination of all these factors looks threatening for Bosov. Projects that have been funded only on paper, a criminal case against his structure with damage of 2 billion rubles, and a possible conflict with Sechin may force Bosov to change the bedroom in an expensive mansion to a jail cell.

And the position of Bosov's long-time partner, Alexander Isaev, who was, probably, not happy with the way that Bosov managed the joint business, can give these changes a new dynamic. What will Isaev's return move be?