Who "winds" and “twists” around the customs post of the NISANOV Food City warehouse?

The authors of the Nezigar telegram channel report that Moscow Mayor Sergei Sobyanin allegedly has a stake in Nisanov’s billionth business “baby”, Food City. Together with him, the former head of the Federal Customs Service, Andrei Belyaninov, and the scandalous businessman-reporter, Kamo Avagumyan, can participate in the “case”. Is this really possible ?! Do officials just join disgraced businessmen for their own share? The Moscow Post correspondent decided to dig deeper and find out who else could “feed” from Nisanov’s assets.

To start off, it is unlikely that Belyaninov "works" alone. The former head of the FCS is involved in too many scandals that without a strong "patron", he would most likely have long been sitting in places not so remote. And here, the financial interests of the head of Rostec, Sergey Chemezov, who the former customs officer has known for a long time, can be spotted. Moreover, Chemezov "gave" billions of dollars to the structures of Kamo Avagumyan! How comfortably do they sit on the local “feeding station” of God Nisanov, the good and the bad, the politics and the criminals.

Okay let’s put things in order. Firstly, it’s worth mentioning right away that endless construction projects shout about Sobyanin’s “love” for business affairs of Nisanov and Iliev. The Merchants own two restaurants in the Zaryadye park, the future multifunctional complex with a hotel in Varvarka near this park, a reconstruction project for the Velozavodsky market, Schelkovo bus station, and the Olimpiysky complex. In addition, in the hands of Nisanov and Iliev, the Moscow, Sadovod, Food City markets, the Grand business center, Panorama shopping center, the cruise company Radisson Royal Moscow and etc.

But for Nisanov, it seems like, all of this is not enough. The businessman hand in hand with his eternal partner Zarah Iliev can just “take away” projects when they feel like it. Such a story happened with Ilgar Hajiyev - co-founder of SDI Group. According to him, due to the actions of the businessmen, he lost almost his entire construction business.

Now Hajiyev is in London, because in Russia, several false criminal cases were brought against him. Plus, Nisanov acted through his long-time business partner Albert Imanilov. The Bell wrote in detail about the history of the "capture". Is Iliev and Nisanov not very fond of working openly?

To add some more spice to the story,  video about Food City, and in particular about the relationship between God Nisanov and Sergei Sobyanin, is distributed on the Internet , in which Hajiyev reveals that the mayor is also included in the proportion of the earnings! “I have all the papers and evidence that he (Nisanov) took out 12% for Sobyanin. From all types of profit. From the total turnover of the company, he collected 12% for Sobyanin. This was cash, plus to cash out the money, westill paid 18% to the "Nisanov" team. And Isaia’s (Zakharyaev) people distributed and brought this money through the "Sadovod ''.

Is it worth believing the words of Hajiyev? If yes, then it turns out that Sergei Sobyanin truly knows about all the affairs and "tricks" of Nisanov. Knowing this, he continues to "cover" the businessman and "pinch" the budget. All of this despite the rumours attributed to Nisanov’s connections with criminal structures ?! Maybe the matter is really in the "tidbit" share. 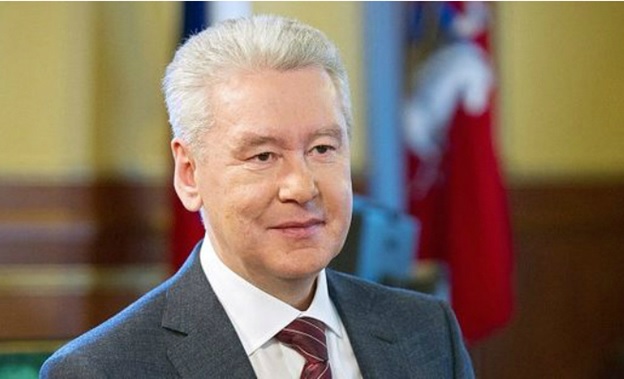 Did Nisanov and Sobyanin find a common language?

There is a really high possibility that the scandalous owners of Avilon dealership holding Kamo Avagumyan and Alexander Varshavskya are really working with God Nisanov on the Food City market. Do  a couple of jokes provide a "roof"? The fact is that Avilon AG is an avid supplier for law enforcement agencies. Only with the Ministry of Internal Affairs of Russia 42 contracts were concluded for a total amount of more than 5.5 billion rubles! And, the total amount of contracts exceed 26 billion rubles.

According to the “ Documents and Facts ” information, Kamo Avagumyan has been the official representative of the Prosecutor General's Office of Armenia in Russia since 2008. Avagumyan admitted that he knew the deceased prosecutor Sahak Karapetyan, however, he says their acquaintance wasn’t that close. But it’s unlikely that this  is  the case with another Karapetyan - Samvel, the owner of the Tashir group.

The fact is that Avagumyan owned half of the shares of offshore Amiensa Holdings, which owned 42.5% of the Greek hotel Pomegranate Wellness Spa, which, for a second, was opened by the son of the former Prosecutor General Yuri Chaika - Artem Chaika. It was at the suggestion of Samvel Karapetyan, the largest recipient of capital contracts under the My Street program, that Avagumyan should invest in a hotel. So can this "decider” "help" Nisanov and Sobyanin in their difficult businesses?

Another surname pops up. According to Kommersant , in 2016, the son of the wanted man, Arthur Asatryan, Yegiya, became the business partner of Alexander Varshavsky (and, therefore, Kamo Avagumyan). The security forces "rebelled" against Arthur Asatryan in connection with the case of the murder of the criminal "authority" Aslan Usoyan, better known under the nickname "Grandfather Hassan." It turns out, businessmen who can have a “friendship” not only with God Nisanov, but also with Sergei Sobyanin - drag a train of a criminal past?

It is worth remembering that Avagumyan’s and Varshavskiy’s Avilum at one time gave money to Probusinessbank at interest. The credit structure “burst” in 2015, while the bank owners Sergey Leontyev and Alexander Zheleznyak quickly “dipped” in the United States, leaving a $ 100 million credit to Avilon! Maybe a financial collapse occurred because not quite legal tranches were conducted through the bank? Is the same scheme implemented through Food City?

By the way, Avagumyan owns another curious asset - the Salt company, which received funding from the Moscow government for servicing a taxi fleet, Alpha grant and Rico for Kamo Avagumyan’s middle son Karen (3 billion rubles) for route transportation, MKM-Logistic", previously owned by his youngest son Hamlet - 40 billion rubles under a 15-year garbage collection contract. This really is luck!

Moreover, Salt signed a major contract with Rostec. Despite the fact that at the time of execution of the contract, the company's performance was not encouraging - the profit went negative. Interestingly, did Sergei Chemezov understand with whom he was signing a contract? Or did he just just decide to join the huge metropolitan "feeding station"? 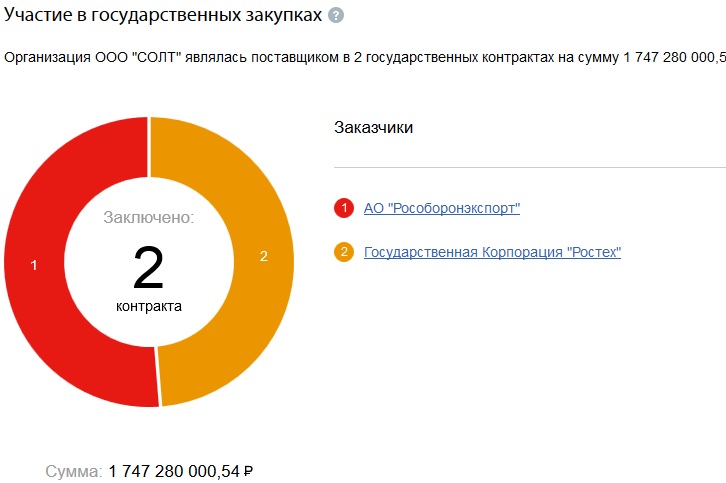 What did Chemezov forget?

Can Chemezov have a stake in Food City through the former head of the FCS, Andrei Belyaninov? Recall that the latter during mass inspections found in a country house a large sum in a shoe box, as well as an ingot of gold and five nuggets. Moreover, Belyaninov was suspected of a “spike” with businessman Dmitry Mikhalchenko and counterfeit alcohol and re-issuance of financial flows of FSUE Rostek.

But, there were no sanctions for the “shoe” master. Did Chemezov’s “lobby” play a role? After all, they previously worked together at Rosoboronexport (Rostec). In addition, Belyaninov once held senior positions at Novikombank, which is owned by Rostec. So, can we say that the former customs officer is an inviolable person?

It is unlikely that Belyaninov lost his former grip. And with the former customs officers, for sure, relations are established. And, therefore, can products flock to the Nisanov markets without any problems and checks?

Not a bad "company" gathered at the "budget table" led by God Nisanov. The capital "top" organizes financial tranches, and businessmen with a completely unsullied reputation quietly own shares and "launder" hundreds of millions of rubles. And this whole song plays to the accompaniment of Mr. Chemezov and the gentlemen of the security forces?