Does Vashchenko know where Sechin's money is?

A lot of delicious assets could appear under the control of the head of "Rosneft", Igor Sechin, under incomprehensible circumstances.

As it became known to the correspondent of The Moscow Post, "BM-Bank" sold shares of the Moscow wine factory "Cornet". The purchaser was "MS Development", owned by Alexey Konovalov and Olga Zhuk.

"Riverstretch Trading & Investments" (RT&I) offshore may be associated with them. Its co-owner was Pavel Vashchenko, a figure rumored to be Igor Sechin's "wallet".

Besides Vashchenko, "Riverstretch Trading & Investments" has been repeatedly linked with banker Roman Avdeev, who previously represented the interests of "Rosneft". Vashchenko, in his turn, may be related to the "Region" GC – a structure which is also close to Igor Ivanovich, according to rumors.

Pavel Vashchenko used to be one of the top managers of "Region" GC. He is also a co-founder of "Finestate". His business partner is Valery Mikhailov, also a "multi-puncher" - the founder of 18 organizations.

It is "Finestate" and Mikhailov that now owns LLC "Business-Trust" - a company that may belong to RT&I, as it was written in "Vedomosti". 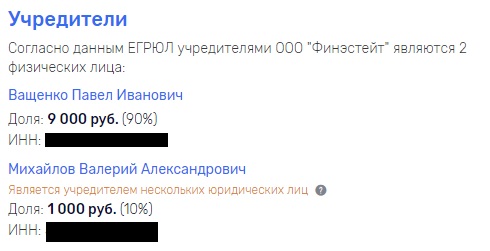 As it was written in "Vedomosti", Mikhailov is the full namesake of the man who gave $2 million for an investigative experiment on the former Minister of Economic Development of the Russian Federation Alexey Ulyukaev. The latter is currently serving a term in prison. A coincidence?

"Riverstretch Trading & Investments", which is often associated with Pavel Vashchenko, does not like publicity. It is clear why. For example, detractors have repeatedly spread rumors as if "RT&I" together with Vashchenko and Sechin, allegedly standing behind him, let the founder of "Donstroy" Maxim Blazhko down.

If this is true, then it could have been done in order to get Blazhko's assets. First, in 2016, "RT&I" bought Maxim Blazhko's debt from "Sberbank" for $275 million, as written in "Kommersant".

At the end of 2017, after Blazhko's detention on suspicion of abuse of power, "RT&I" received the "Shchuka" shopping and entertainment complex as a part of the agreement with the borrower. After that, the offshore company got another Blazhko's asset - the "Nordstar Tower" business center. 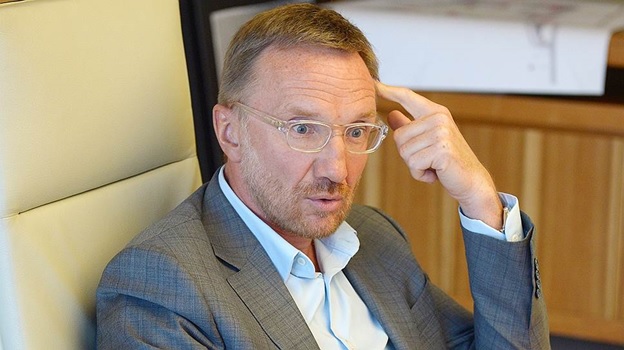 Is Maxim Blazhko — a "victim" of Pavel Vashchenko and Igor Sechin in the fight for assets?

It is interesting that the head of "RT&I's" representative office in Russia, Alexey Mazin, worked as a Deputy Director of the real estate Department of the "Region" investment company ("Region" GP) in 2011-2014.

In September 2018, the transfer of assets of "O1 Group" owner Boris Mints to "RT&I" was completed. Cyprus offshore received "O1 Properties and FG "Future", which respectively own class A offices and pension funds of "Budushcheye", "Sotsial'noye Razvitiye" and "Obrazovaniye". The transaction amount was $1.5 billion.

As like the situation with Maxim Blazhko, the assets went to the offshore for debts. At first, the group owed a large sum of money to the "Moscow Credit Bank". But then the Bank suddenly transferred the debts to its shareholder - Roman Avdeev's "Rossium" concern. The one who was mentioned more than once in the same connection with "RT&I" and Igor Sechin.

Is it any wonder that "Rossium" soon transferred this debt to "RT&I"?

In September 2018, another big deal occurred. Pavel Vashchenko became the indirect owner of 18.85% of the shares of "United Wagon Company" (UWC), as written in "Vedomosti".

Moreover, Vashchenko did that in the midst of the corporate conflict between "UWC" and Mikhail Gutseriev's "Safmar". It seems that Vashchenko, who may have Igor Sechin behind him, always appears where a conflict or a criminal case is brewing. And gets the property. Aren't some of these conflicts organized on purpose?

At the beginning of 2019, Vashchenko has reduced its share in "UWC" to 1.3%. Evidently, the asset appeared to be too problematic.

Before all these events, in 2016, Pavel Vashchenko was the owner of "Profitinvest".The collapsed Vneshprombank (VPB) pledged real estate for the amount of 16 billion rubles on "Rosneft" deposits.

It is unclear where the money went, and soon the property was sold at public auction. Some market players considered it a withdrawal of money from the state-owned company at that time.

If Igor Sechin is really behind Vashchenko, why does he need so many assets in various areas? Real estate, wagons, pension funds, and now wineries?

From all these structures, billions of money can be withdrawn to the accounts of "RT&I" (as well as the other offshore companies). Besides, some of them may have a budgetary origin.

Is Sechin, who already earns billions in "Rosneft" (it was rumored that in 2014 his fortune reached a peak of more than 17 billion dollars) preparing a "hedge fund" for himself?

It means that he knows what will happen next with Russia and his assets here? And what can be thought about this in the context of the oil crisis, in which some are inclined to blame Igor Ivanovich for?