Your money - our offshore companies

The money of the Chemezov family could presumably be withdrawn to offshore companies that were associated with Andrey Skoch. This was found out by our colleagues from The Facts Agency of Journalistic Investigations in their publication "Chemezov's son - offshore affairs master".

As the authors of the article published on September 14, 2020 on  The FACTS  Agency of Journalistic Investigations  website ironically say: "it is unclear what honey attracts them in Belgorod region, but both businessman with wide opportunities - Stanislav Chemezov was given such opportunities by his father, the General Director of Rostec State Corporation, Colonel-General Sergey Chemezov and Andrey Skoch obtained these opportunities at a time when he was linked to the "authoritative boys" — fell in love with Belgorod region, together with its longtime Governor - "dinosaur" Yevgeny Savchenko.

And it was in this region that a possible "scam" matured, as a result of which $131 million went abroad, or rather, disappeared: so ingenious was the operation to withdraw the "millions".

Looking ahead, we note that Chemezov Jr., as well as the former lawmaker Skoch, have repeatedly been seen in a passionate love of offshore companies. Moreover, Mr. Skoch even got into the scandalous Panama Papers along with his 8 offshore "harbours". And it was one of these "harbours" that took an active part in court battles in the Belgorod region.

It is also interesting that the withdrawal of this, frankly speaking , rather large amount abroad, was contributed by the Arbitration court of the Belgorod region: this decision was made by Federal Judge Yuri Drobyshev.

Another thing is also obvious: Chemezov Jr. helped Mr. Skoch to withdraw these "tugriks" overseas. And, apparently, not just for pretty face.

But why did the story of the withdrawal of $131 million abroad, as well as the fact that no one paid taxes to anyone, everything turned out to be covered up, did not excite our valiant law enforcement agencies? And where and for what purposes could these millions go? For charity, family expenses or just for a "common fund"? Mr. Skoch is unlikely to have forgotten his violent, riotous youth and comrades with tattoos.

We will talk about a company in the Belgorod region, where Chemezov Jr. had a company called Stroybusinessconsulting.

This company could presumably take the most active part in the possible withdrawal of money. 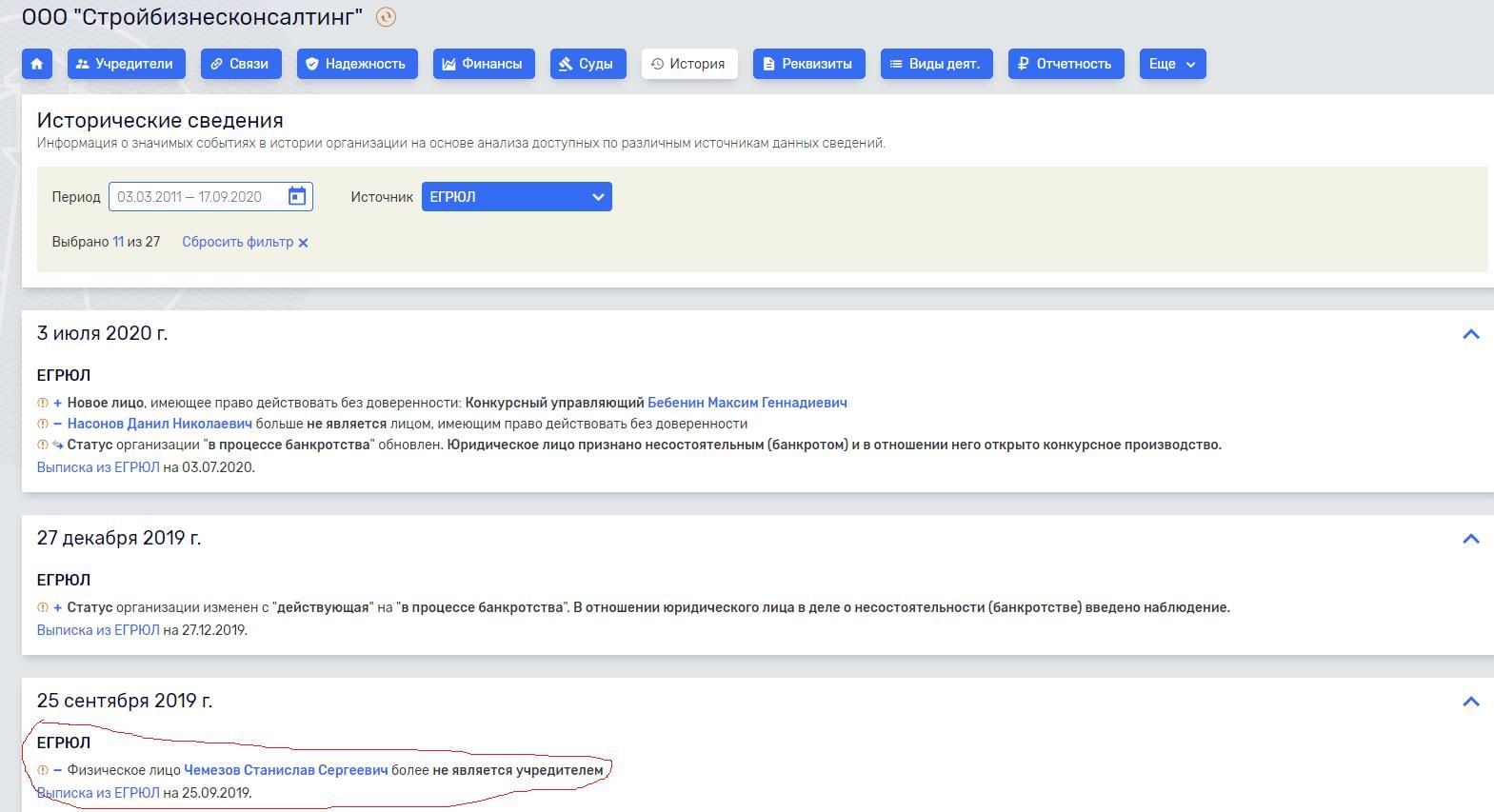 So, April 2018 is on the calendar. A seemingly unremarkable news item is being broadcast on news channels: "an offshore company is demanding more than $130 million in debt under a loan agreement from Stroybusinessconsulting LLC in court." This, in particular, was reported by Interfax.

And then - details. On April 24, the Arbitration court of the Belgorod region accepted the claim of Terra Frei Holdings Limited (British Virgin Islands) against Stroybusinessconsulting LLC (Belgorod region) for the recovery of debt and interest in the total amount of $131 million, as follows from the file of arbitration cases.

The offshore company also intends to collect the amount of interest for using borrowed funds at the Libor rate+2% per annum for the period from the date of the court decision to the date of actual repayment of the loan amount.

According to the data of  SPARK-Interfax system, Stroybusinessconsulting LLC was registered in 2009 in the Belgorod region. The main activity is the field of law and accounting. 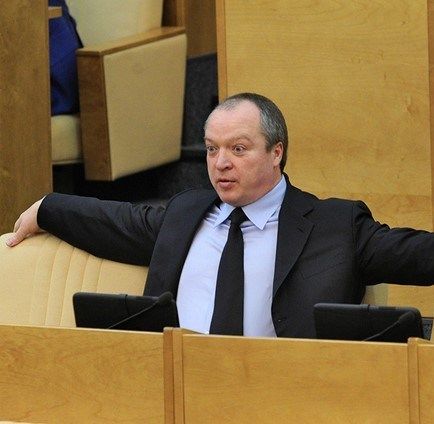 Andrei Skoch, the man from the Panama Papers

56.82% of the share in the authorized capital of the company belonged to Alexander Miroshnichenko, 43.18% - to Stanislav Chemezov.

A year later, the Arbitration court in the Belgorod region issued a decision to recover more than $131 million from Stroybusinessconsulting LLC on the claim of the British Terra Frei Holdings Limited company. 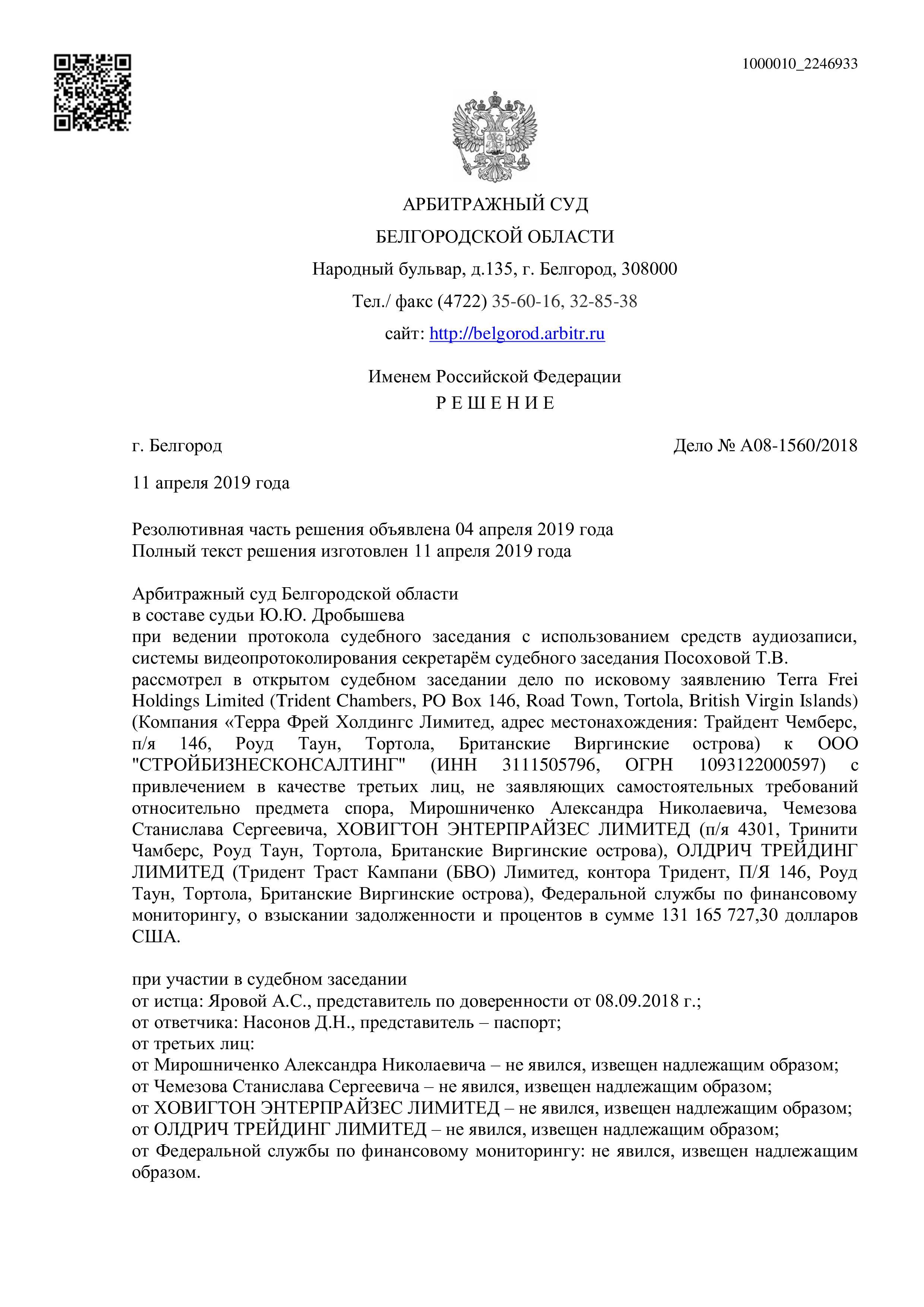 The court decision concerns a $120 million loan agreement. Interest on the debt is $11.6 million. 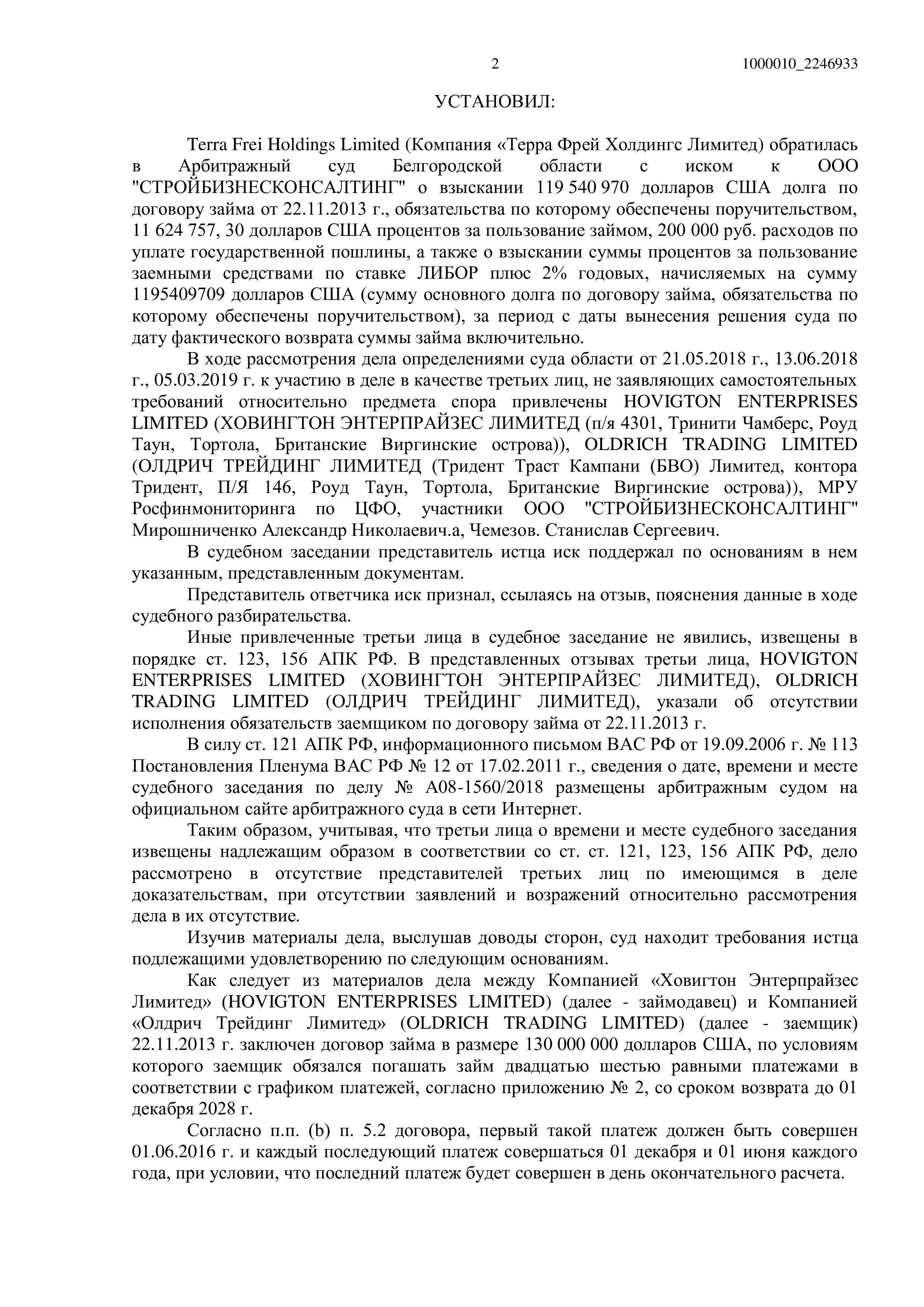 Apparently, it was not for nothing that the trial had been going on for almost a year: it was difficult to understand the mess that Andrey Skoch had made in order to steal more than $131 million, since 3 British offices were involved in the case at once.

According to the case file, an agreement in the amount of $130 million was concluded between HOVINGTON ENTERPRISES LIMITED ( further referred to as the lender) and OLDRICH TRADING LIMITED (further referred to as the borrower) on November 22, 2013, under the terms of which the borrower agreed to repay the loan in 26 equal installments in accordance with the payment schedule. The refund period is December 1, 2018.

Note that the offshore company "Hovington Enterprises Limited" was associated with the Deputy and billionaire Andrey Skoch. And this is exactly what the company lit up in the Panama Papers in 2016. 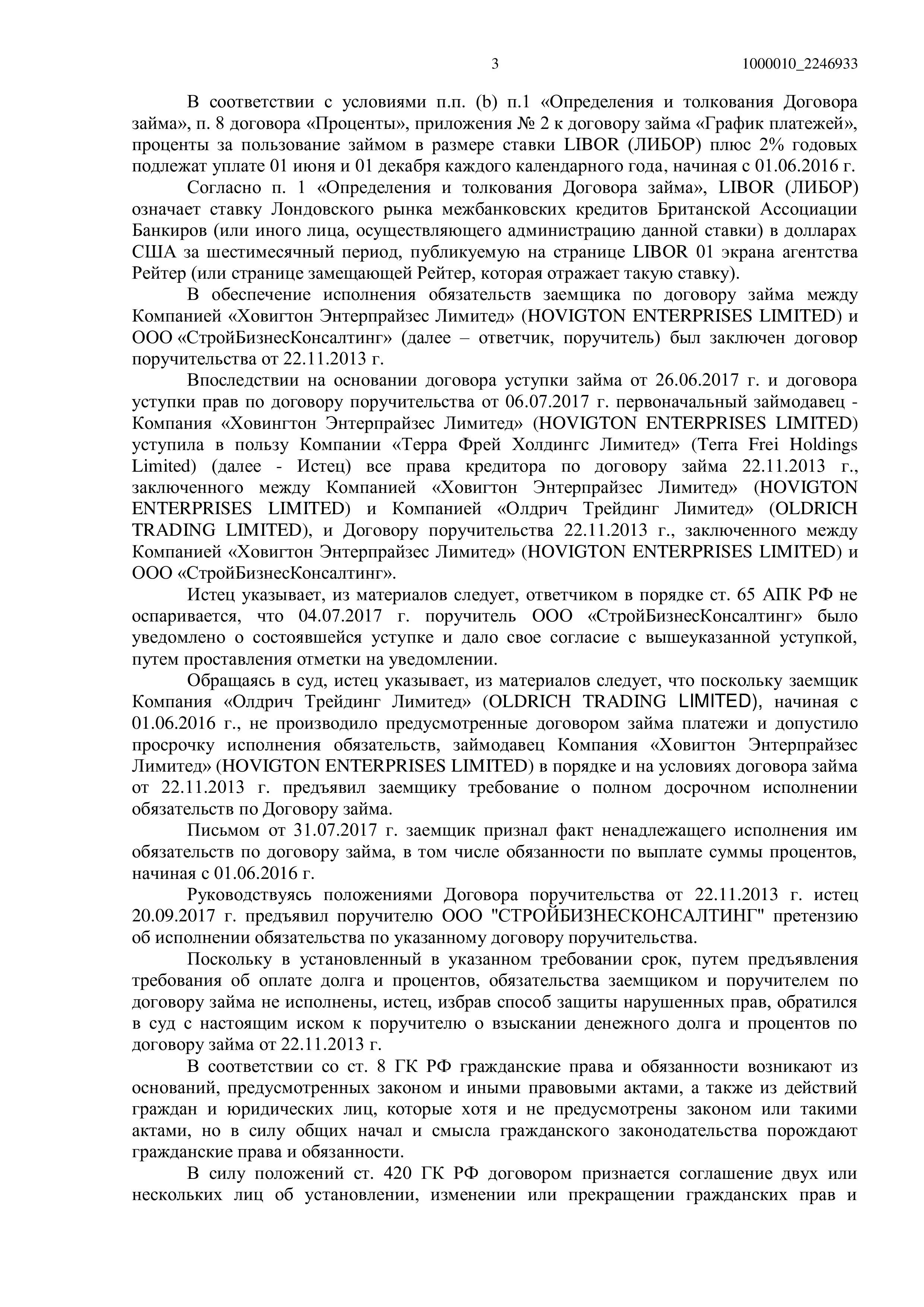 But the borrower did not fulfill its promises well. Or rather, he pretended to...

Where did Terra Frei Holdings Limited from London suddenly come from?

Apparently, in the scheme that Stanislav Chemezov and Andrey Skoch promoted together, this company was intended to play the main role in the alleged withdrawal of money. And the British company coped with this role perfectly! 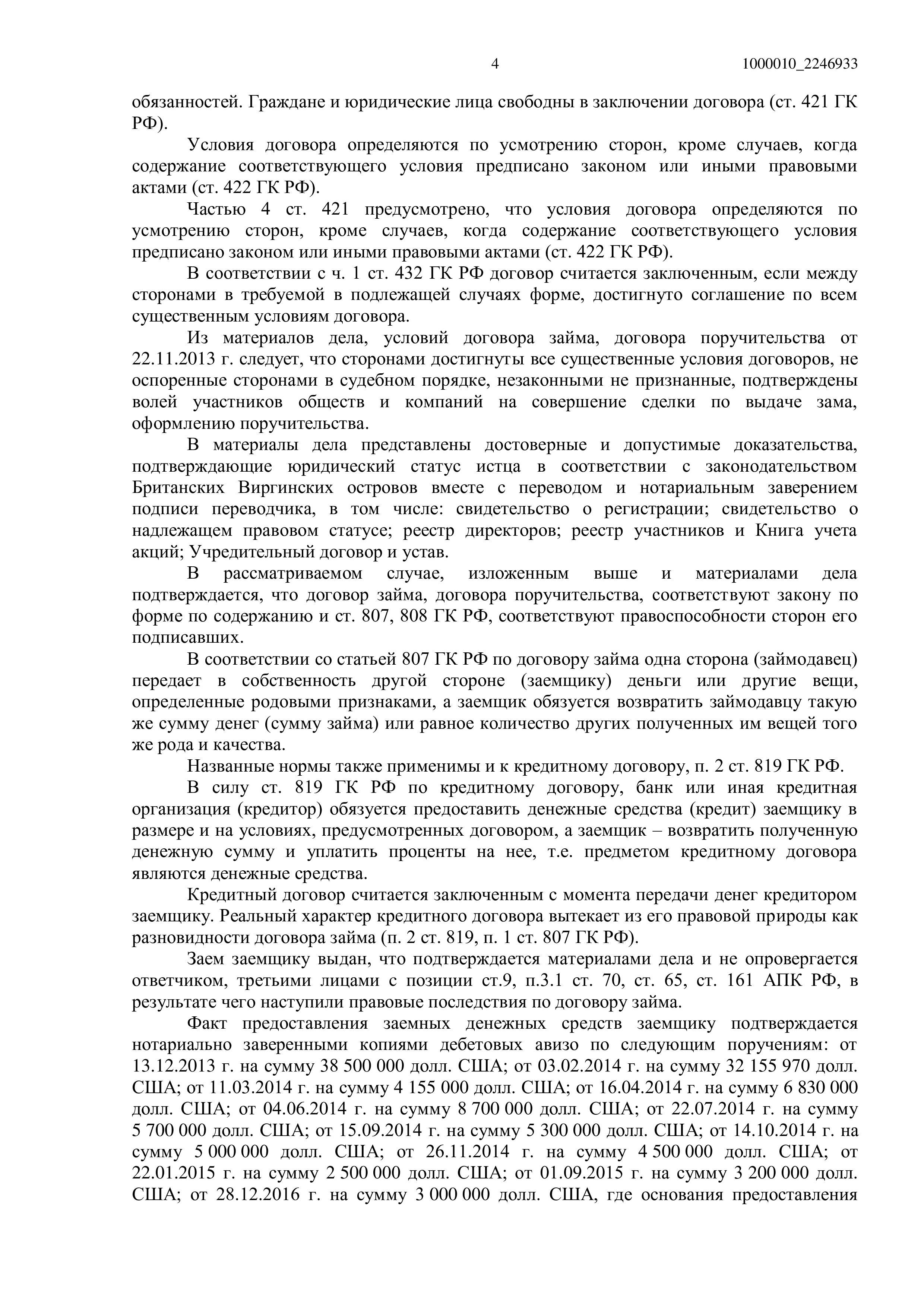 Surprise, of course, is caused by the very "smooth" trial, which went nice and quiet...

The parties behaved quietly and peacefully, agreed with all the arguments. 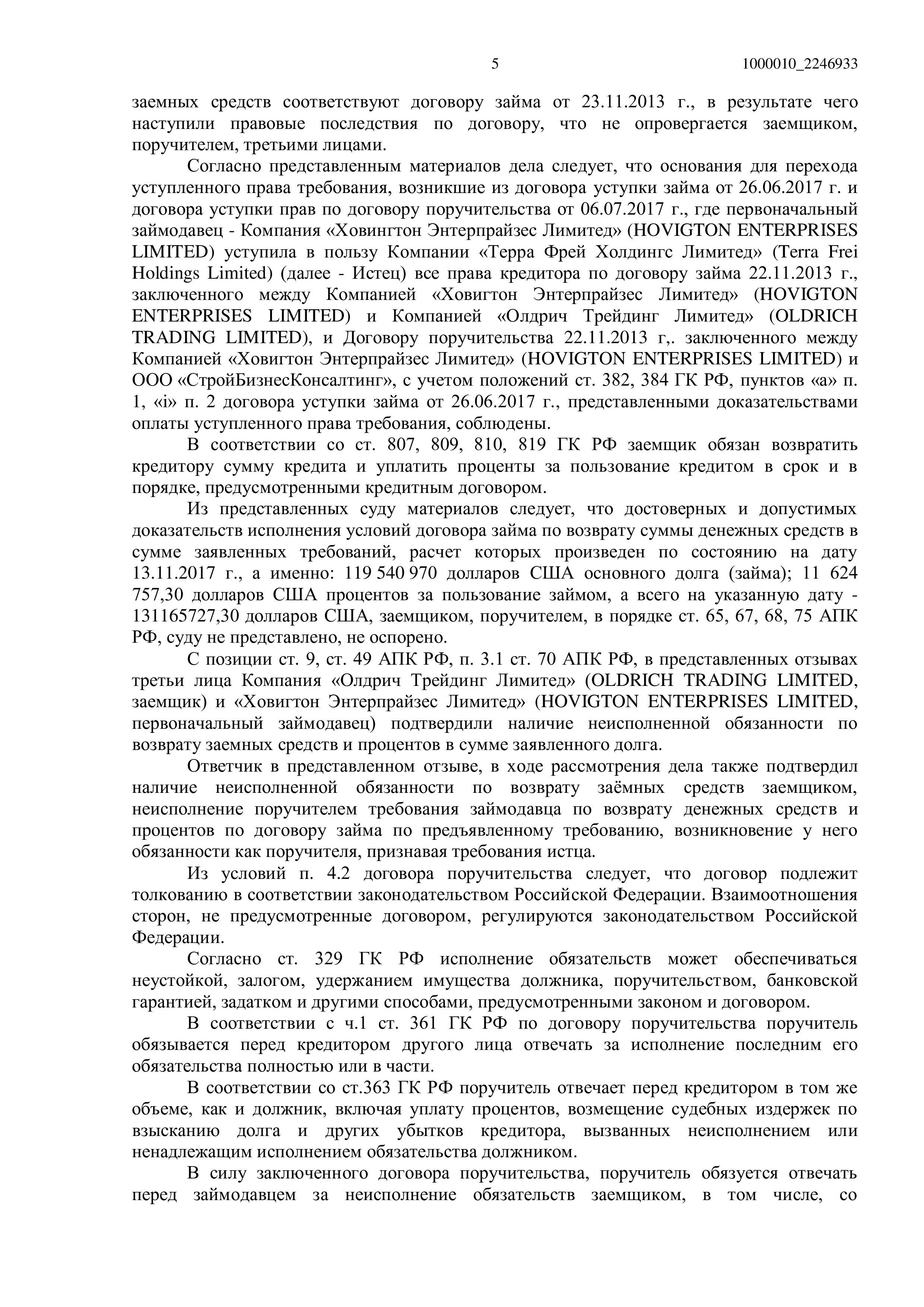 What decision was made? 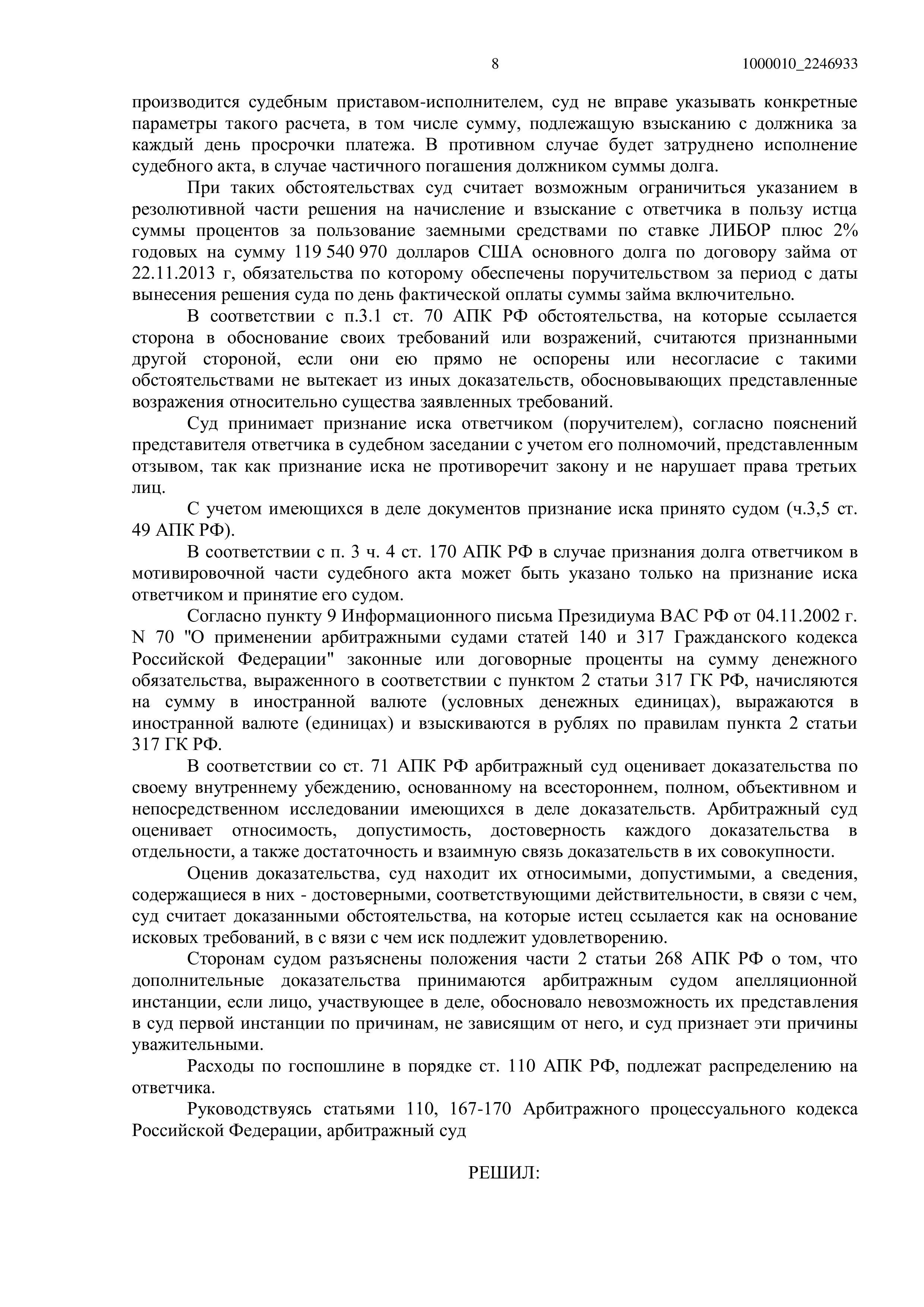 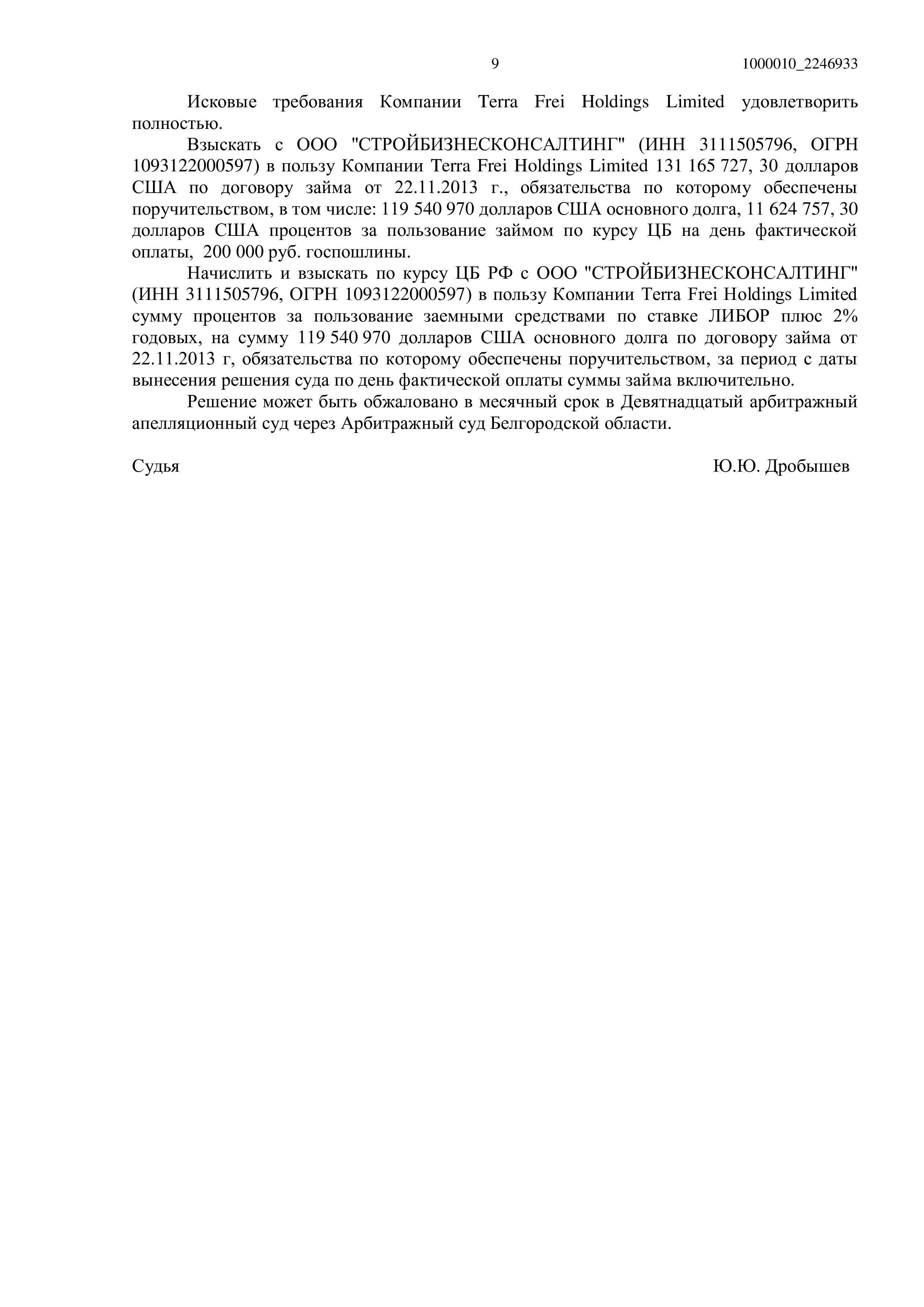 The claims of Terra Frei Holding Limited were fully satisfied; Judge Yu. Drobyshev decided to recover Stroybusinessconsulting LLC 131 165 727.30 dollars under the loan agreement dated November 22, 2013, the obligations under which are secured by a guarantee.

The money went quietly overseas... But which of the eight is Mr Skoch's offshore account?

Not to offend General Chemezov will it be said, but his eldest son, Stanislav Sergeevich Chemezov, clearly did not inherit the iron grip of his parent, since his business affairs are not so well. And sometimes it's really bad!

Let's recall at least the story of the Eureka project. The project originally began to push Rostec in life, ( at that time -  Rostekhnologii). As part of the project, it was planned to stretch fiber-optic networks from the borders of Finland to the borders of Kazakhstan and then go to the borders of China. It turned out a kind of bridge with a length of 5 thousand km.

The project was estimated at $550 million.

But as it turned out, the shares in the company, which was supposed to implement the project together with Rostec GC, were owned by offshore companies affiliated with Stanislav Chemezov. In the business plan of the project, such an office as Svyazdorinvest was to act as the operator. A quarter of this company was owned by Rostec GC. And allegedly another 25% was owned by the investment Fund FGN Capital. The remaining part of Svyazdorinvest was controlled by the offshore company Xfors Ltd: it was registered on the island of Cyprus.

But who is the owner? And here one can look through the Panama Papers again: it turns out that the beneficiary of Eureka was supposed to be an offshore Earliglow Ltd., registered in the British Virgin Islands. 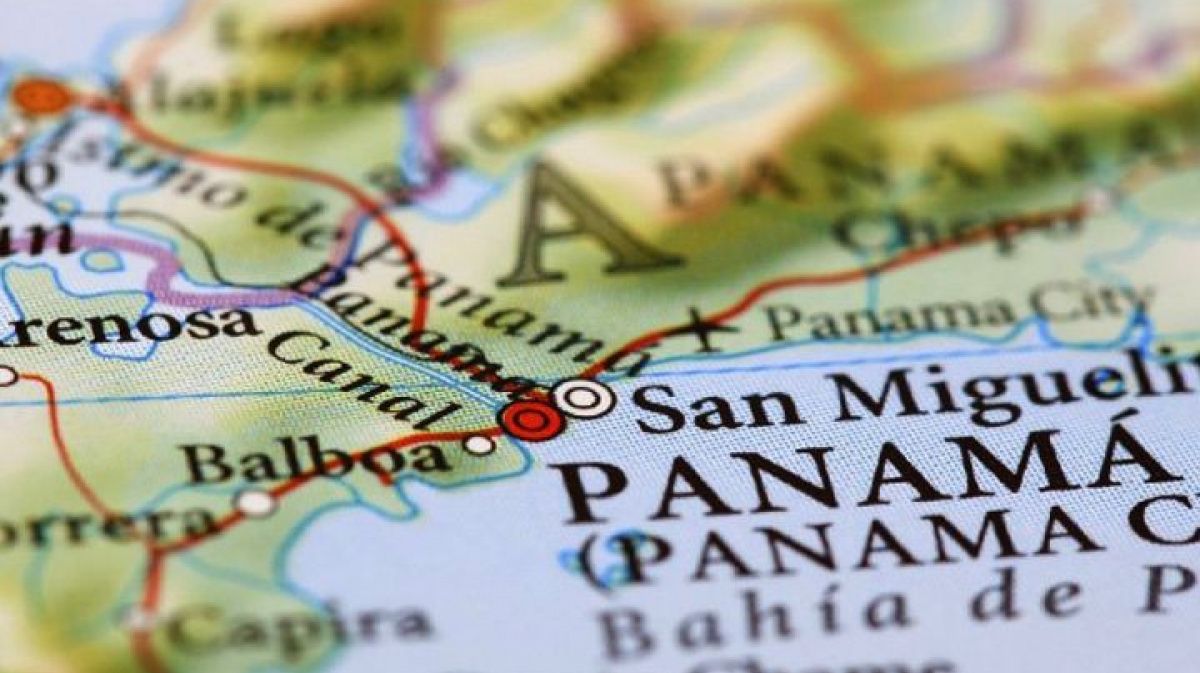 But in the end, it never came to fiber-optic networks: the Eureka project failed.

Chemezov Jr. also intended to launch several enterprises in the Belgorod region at once: Interbusinessgroup, a company affiliated with Chemezov Jr., and Standardcement JSC, together with Krasnaya Gvardiya LLC, planned to build a number of enterprises for the production of construction materials  in the Belgorod region - cement. The total cost of the project is more than 43 billion rubles.

But the construction of a cement plant in the Krasnogvardeysky district of the region was announced more than 10 years ago: then the company was going to build the already liquidated Oborontsement, which was also associated with Stanislav Chemezov's Interbusinessgroup.

The total production capacity was supposed to be 9 million tons of cement per year. Oborontsement managed to sign an agreement on the supply of equipment with FLSmidth (Denmark) and lease 100 hectares of land. But then everything stopped... 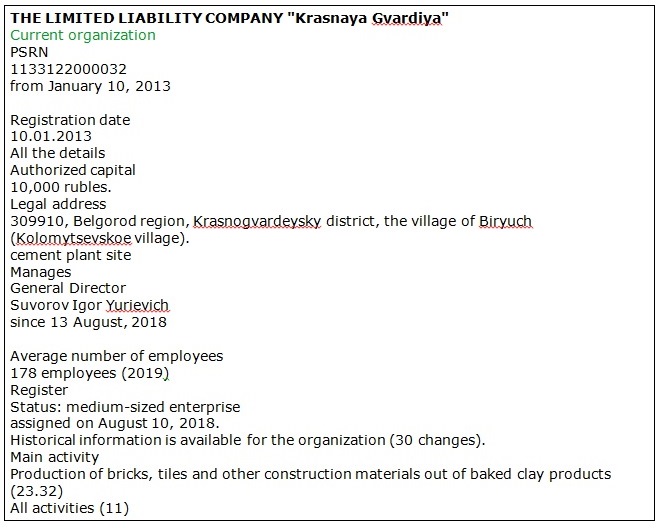 Chemezov Jr. also started building a plant for the production of ceramic bricks.

In August 2017, the brick plant was launched. Sergey Chemezov came to its launch. 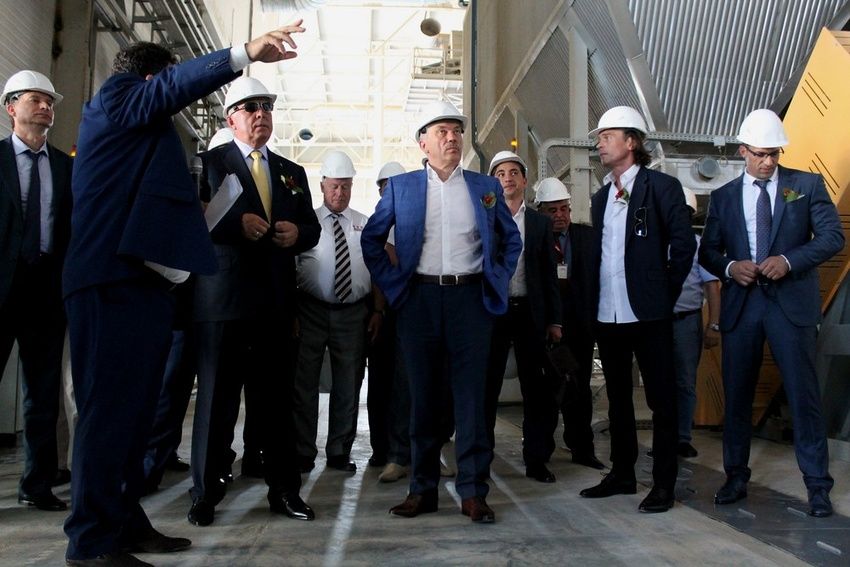 Sergey Chemezov (in the picture - in dark glasses) came to the launch of the brick plant. Nearby - Governor Yevgeny Savchenko

What about Skoch? Even if one looks through his versatile biography, it can be seen that his career began in 1995, when he was appointed Deputy Chairman of the Board of the Public Bank of Russia.

In 1999, he became Deputy General Director of JSC Lebedinsky mining and processing plant. And in the same year for the first time he was elected a Deputy of the State Duma of the third Convocation in the Novooskolsky single-member electoral district of the Belgorod region.

He is the father of ten children, 5 of whom are twins from his first marriage.

Co-owner of Metalloinvest (30%, since 1999 the owner is Vladimir Skoch, father of Andrey Skoch). 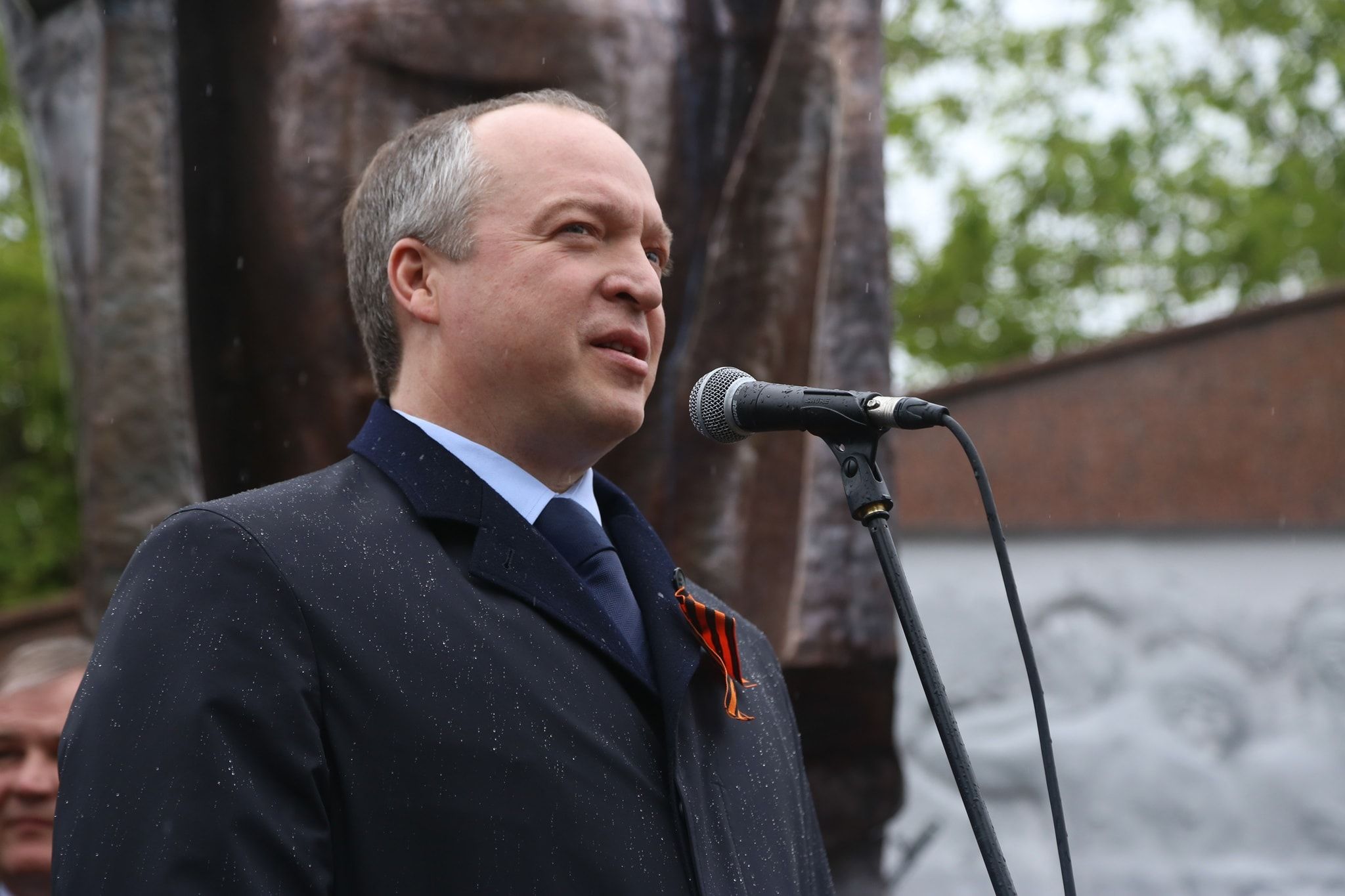 Andrey Skoch's fortune worth $6.3 billion at the beginning of 2020

In 2016, a list of parliamentarians whose names appeared in the Panama Papers was published. Among them was Deputy of the State Duma (at that time) Andrey Skoch. This was written by Forbes.

What did Mr. Skoch's property appear to be?

In the Panama Papers, the Deputy's father, Vladimir Skoch, is listed as a co-owner of 8 companies registered in the British Virgin Islands (together with Alisher Usmanov).

According to the database, four companies suspended their activities on April 30, 2016: this happened a month after it became known about the leak from Mossack Fonseca.

According to the "transferred out" label, they were re-registered.

According to Novy Vzglyad, Skoch's name is often associated with the Solntsevskaya OCG.

Moreover, there were unconfirmed rumours that he allegedly had Israeli citizenship.

They say that the Administration of the President of the Russian Federation has seriously taken up criminal authorities. So, in December 2015, the second service of the Internal Security Directorate of FSS, Main Directorate for Criminal Investigation,  Main Investigation Directorate in Moscow with the operational support of 60 Special Rapid Responce Detachment employees were sent to detain the bandits of Zachary Kalashov. This was reported by Interfax.

Shakro was detained in the case of a shootout in the Elements cafe on Rochdelskaya street in Moscow in December 2015. As a result of the shooting, 2 people were killed.

So why exactly was it necessary to withdraw more than $131 million from Russia?

If personally to Mr. Skoch, it is doubtful. For him, this amount is a drop in the ocean compared to the turnover of his business.

Meanwhile, it comes to mind that the name of Rostec and a variety of foreign companies, headed by Sergey Chemezov, are mentioned too often. The answer is obvious. It is understandable. As they say: "the hat is not for a small head".