Tkachev will show everyone Lagonaki

The company, probably close to the former head of the Krasnodar Territory, Alexander Tkachev, plans to build up the protected area of ​ ​ the Lagonak Highlands. The scientific community and activists oppose land development, but the authorities do not go to dialogue with them.

The reader turned to the editorial office of The Moscow Post in the Republic of Adygea, saying that the public was not allowed to participate in a retreat at which they would present a master plan for the scandalous resort of Lagonaki. Judging by some reports, the resort will affect lands under the protection of UNESCO, and a gambling zone may appear in the protected areas. Krasnaya Polyana, which was previously associated with the former Minister of the Ministry of Agriculture Alexander Tkachev, plans to engage in the development of the territory. It is possible that in this story there is interest personally of the head of Adygea Murat Kumpilov, who seems to be diligently promoting the project.

The meeting, scheduled for August 5, will discuss the preliminary version of the master plan with the expert community in order to make adjustments to it. Moreover, everyone wants to correct very quickly - in terms of the event, only one hour is allocated for this. This suggests that the so-called "meeting" is not a meeting, but a statement before the fact of the already approved construction plan.

Our reader was also wary of the fact that activists were not allowed to participate. According to the official answer of the NAO Krasnaya Polyana, the reason that on an action and so there will be too many people, and platform capacity low and nobody cancelled a measure in connection with COVID-19 pandemic. However, some perceived this only as an attempt to negotiate behind closed doors. 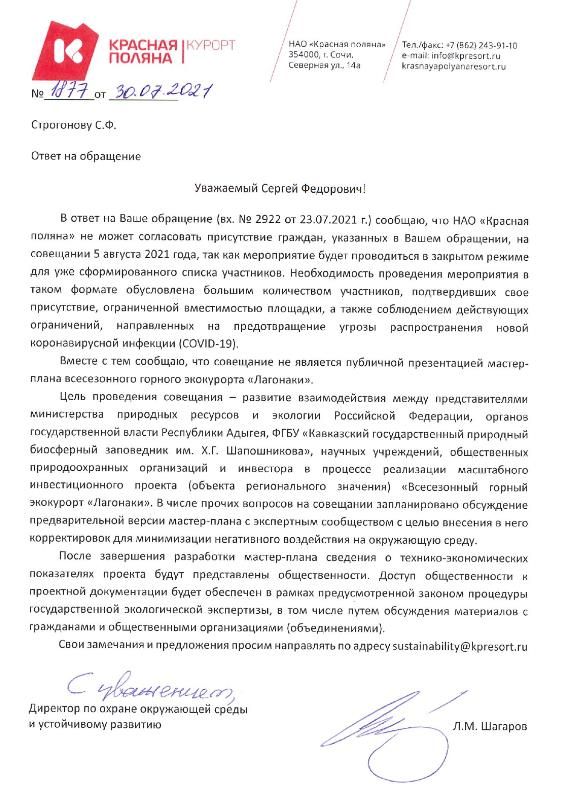 Meanwhile, the situation with the resort "Lagonaki" has long reached the federal level. Recently, a letter was sent to President Vladimir Putin in which more than 150 representatives of the scientific community declared the inadmissibility of the development of the Lagonak Highlands and its transformation into a ski resort. The territory is included in the UNESCO World Heritage List, and its development risks disrupting the ecosystems of Adygea and the Krasnodar Territory.

However, the leadership of Adygea does not engage in dialogue with opponents of the construction of a mountain resort on the territory of the Lagonak Highlands. On the official website of the republican government, only a statement appeared that they plan to build an eco-resort outside the protected areas. However, the text of the appeal itself states that earlier the Adygea Government itself transferred the land to the Caucasian Reserve. It may be that the originator of this letter was not embarrassed by this contradiction.

But embarrassing many is far from only this. The organizer of the upcoming meeting is Krasnaya Polyana NAO, whose financial and business reliability raises questions. According to Rusprofail, the company has losses of 2.5 billion rubles with revenue of 5.1 billion. With what money did the company intend to implement such a large-scale project? Looks like budget. 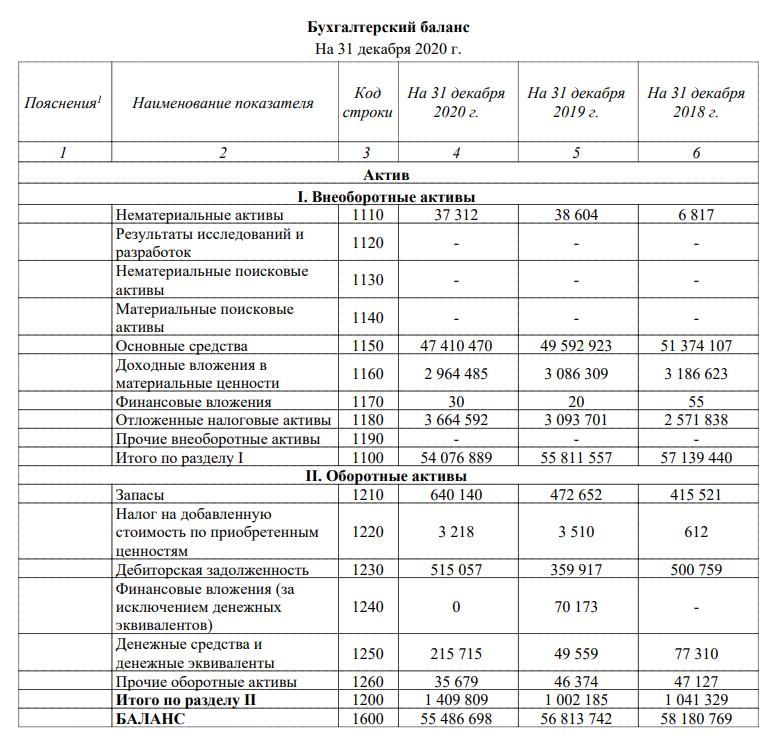 There was information that the company belongs to LLC "Resort Plus," it, in turn, is LLC "Business Resort." The companies are united by the figure of Vadim Trukshin, who led the NAO in 2015-2016, is still the director of Business Resort LLC and participates in the capital of Resort Plus LLC. 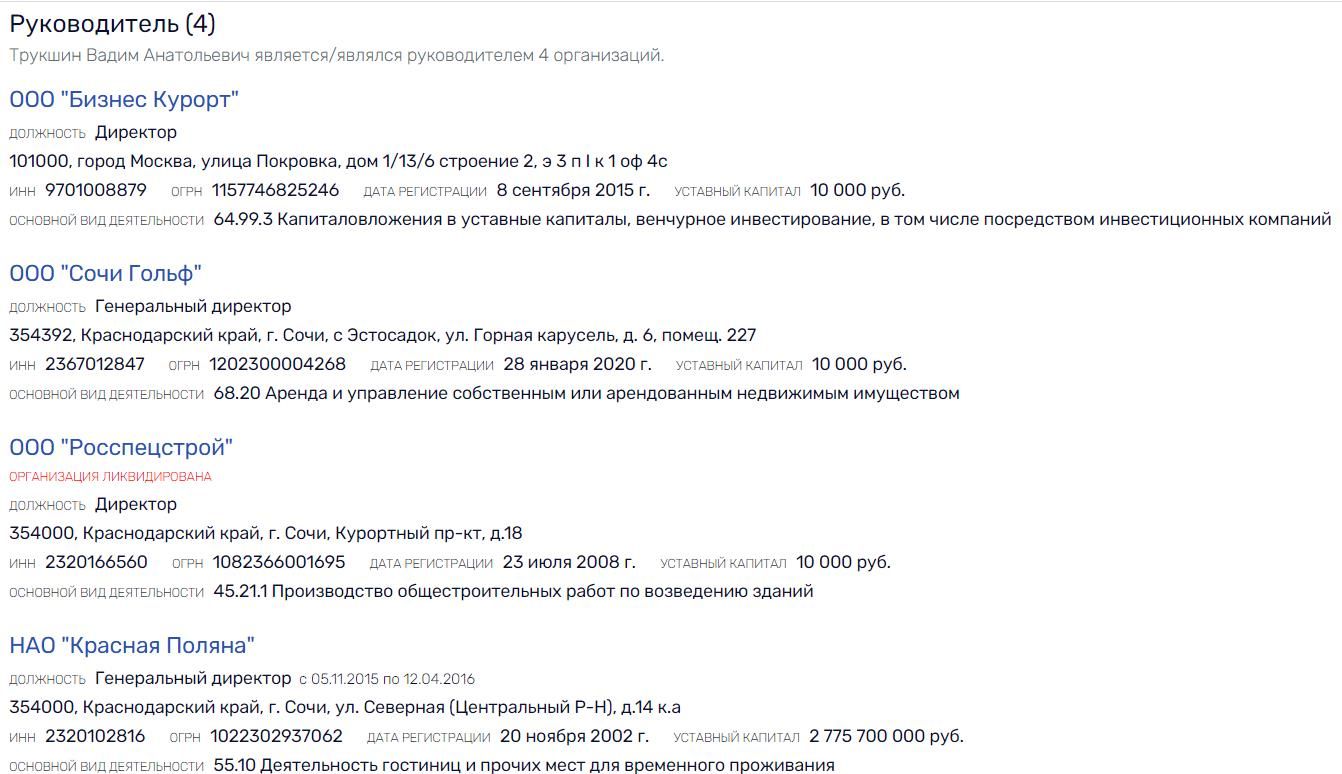 In turn, the founder of Business Resort LLC is the Cypriot company Casteron Holding Limited. But its share is under the burden of LLC SVK Holding, owned by Sberbank. Business Resort LLC also has a deplorable financial situation: the company has almost billions of losses, and revenue is completely zero.

In addition, until March 2019, the NAO Krasnaya Polyana was led by Alexander Saurin. This character was once the deputy then governor of the Krasnodar Territory Alexander Tkachev.

Later, Andrei Krukovsky, formerly the founder of CJSC CTS Region, took the place of Saurin in the NAO. The founder of the latter is CJSC PFC Polycomplex, which is owned by Nikolai Budanov. He also owns PFC Polychron CJSC, which was previously in the capital of VM-Stroytranservice LLC. And its second owner was Volgomost JSC, which is associated with Arkady Rotenberg.

What games will they play?

Earlier, The Moscow Post wrote in detail that the NAO had multibillion-dollar debts to VEB and Sberbank. The debt was formed due to the fact that the company took money to build resorts in Sochi.

In the fall of 2019, Mr. Krukovsky reported on the new concept of the Gorki Gorod mountain resort, in the development of which they were going to invest 5 billion rubles. In particular, at the lower level of the resort they wanted to build a concert hall and casino, at the upper level - premium hotels. In other words, the ski theme of the NAO. seems not to have come in, and the company decided to go into the gambling business.

But the Krasnaya Polyana NAO uses the land on which the gambling zone of the same name is located, on which several casinos already operate. The only operator of the zone is Domein LLC. The founder of the latter, in turn, is the Singapore company Silverron International PTE LTD. And her share is under encumbrance... of the same LLC SVK Holding! It's been a long time?

Moreover, the desire of the Adyghe authorities to push the project of development of the highlands is also surprising. Earlier, The Moscow Post wrote in detail that the Adygea leadership notes that the project is a compromise proposed by the republic's authorities after abandoning the larger Lago-Naki plateau development plan announced in 2010. In other words, activists should still say "thank you" to Mr. Kumpilov that the developer's appetites were reduced?

It is possible that he personally has his own interest in this. And if you look at what the scandalous NAO did earlier, then there are serious fears that casinos will appear in protected places. Well, in this area there is competition in the Kuban, but in Adygea it is not. For the time being?