The family of Marat Khusnullin, who had previously fallen into offshore scandals, turned out to be the owner of an agrarian business empire in Tatarstan.

According to the correspondent of The Moscow Post, the family of the influential deputy prime minister of the Government of the Russian Federation Marat Khusnullin discovered assets in the agricultural sector. His son Albert Khusnullin, who began the creation of a new agricultural holding Chistopolie in the Republic of Tatarstan, took up business in agriculture. It included farms with more than 20 thousand hectares of land, as well as a dairy farm for 1 thousand heads.

According to our sources, it is problematic to engage in agricultural business in Tatarstan - there are few unallocated lands, they are in the zone of risky agriculture, and the market is clogged with local players. However, these problems are not for the son of the Deputy Prime Minister of Russia.

However, it is easier to conduct business in Tatarstan by Khusnullin, because the Deputy Prime Minister himself comes from this region. He became a major official in 2001, when he took the post of Minister of Construction of Tatarstan. Since then, they have been trying to connect him with the construction lobby, the interests of which he is believed to have represented in Moscow.

Khusnullin moved to work in the capital Marat in 2010, and immediately to the post of deputy mayor of the capital for construction issues. Thus, he was long attributed to the team of Sergei Semenovich, and a significant part of his "construction" acquaintances migrated from Kazan to Moscow with him.

It is known that Sergei Sobyanin was "married" to the place of Prime Minister of Russia, but Mikhail Mishustin was appointed as such. Khusnullin entered the Government as a person of the Sobyanin team. However, in the conditions of competition between two influential groups - the "Sobyanin" against the "Mishustin," according to experts, Khusnullin allegedly became a "defector," and now focuses on Mishustin.

Perhaps the information about the agrarian business of his family, as well as the indefatigable offshore scandals, surfaced with the filing of Sergei Sobyanin precisely thanks to this "culbit." Suddenly it was discovered that the son of Deputy Prime Minister Albert Khusnullin owns JSC Holding Company Chistopolie. She, in turn, controls Rybno-Slobodskoye KhPP LLC, at the address of which there was a large elevator with a capacity of 26.5 thousand tons of grain. 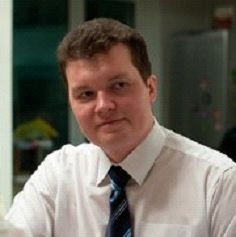 He, Albert Khusnullin, is an investor in the Chistopolskaya agricultural company, which grows cereals on an area of ​ ​ about 20 thousand hectares. Behind it is also a company - Agrorazdolie LLC, which has about 3 thousand hectares in processing, and also Milk LLC - a farm for 1 thousand heads. A whole business empire. How and for what money did Albert Husnullin receive all these assets?

After all, he himself was not a major businessman or a major official in the past. There and cannot be such assets under the law of his father, Marat Khusnullin. But that's not all. Albert Husnullin is also the founder of two more offices.

However, of these, so far the "dummy" is Tsi-Real LLC, created at the beginning of 2021. As is clear from the name, a company with an authorized capital of 10 thousand rubles will engage in real estate rental activities. That is, it is likely that it will either serve the real estate of the agricultural holding, or will engage in independent swimming in the rental and development market. 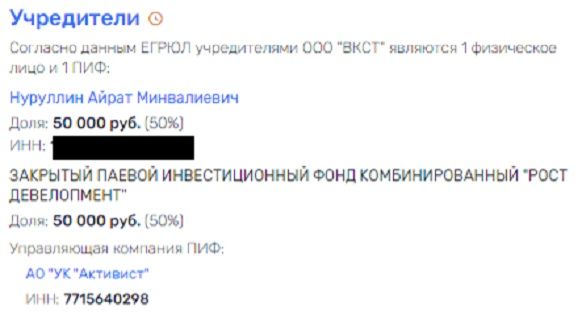 The second structure is more interesting. This is unprofitable LLC VKST, which is also engaged in real estate rental. Now Albert has already left the founders, in which Nurullin Airat Minvalievich and the Growth Development mutual fund appear there. Given the closed nature of mutual funds, this could be done specifically so as not to "shine" with financial reporting. Through the VKST will the money and property of the Chistopolie holding be "driven"?

Information about the agricultural assets of Albert Khusnullin appeared against the background of another global offshore scandal. The international consortium of investigative journalists published a series of documents, the so-called Pandora dossier, in which the name of the current Deputy Prime Minister of the Russian Federation also appeared.

Was it not from the indicated offshore that the purchase of agricultural assets by the son of Marat Khusnullin was financed? However, there is no particular novelty in this scandal regarding the deputy prime minister and his relatives. The same information sounded before. The already named Growth Development Foundation also sounded in it.

According to PASMI (recognized as a foreign agent in the Russian Federation), the Khusnullin family can have large-scale possessions. As an example, his elderly mother is called, who, despite her retirement age, turned out to be the owner of the management company ACTIVIST. At the same time, the company manages the assets of the closed investment fund "Growth Development." And his main shareholder is named another daughter of Marat Khusnullin, Alina Kireeva.

But this is not all, because there were two more mutual funds in the management of ACTIVIST - IART Development and Growth Real Estate. Allegedly, it is these funds that account for the main assets of the deputy prime minister's family, reliably (as it turned out, not very) hidden from prying eyes.

However, some parameters of these assets are known. According to Kommersant, their total value can reach 3.2 billion rubles. Moreover, the management of the funds was just farmland. We are talking about land plots in Tatarstan with an area of ​ ​ 8.5 thousand hectares or almost 86 square kilometers.

This is more than the island of Guernsey and only half the size of the state of Liechtenstein. But it seems that for the Khusnullins this is only the beginning. They are not given rest by the laurels of the former head of the Ministry of Agriculture, Alexander Tkachev, whose family after the resignation of the official turned out to be the largest landowner in the Russian Federation?

From where the Khusnullins have such money, we repeat, it is not clear. However, earlier the official himself was credited with owning undeclared property, in particular, a huge estate in Serebryany Bor near Moscow. This was written by journalists 19.ru.

Serebryany Bor is an island in the bend of the Moscow River in the north-west of the capital. The land here is fabulously expensive, the price of one acre reaches 34 million rubles. According to the declaration of Khusnullin, he did not have any mansion as of 2020. Only a couple of plots were in possession, and even then in Tatarstan.

But another fact is even more interesting. The fact is that the land in Serebryany Bor is owned by AFK Sistema Vladimir Yevtushenkov and the company "punches" potential buyers of the plots so that they do not interfere with other owners, so the land will not be sold to a person "from the street."

That is, the owner of the AFC System Yevtushenkov had to give the go-ahead for living in Silver Bor for Khusnullin, if he really lives there. And what, in this case, he expects in return from the official, because just so Yevtushenkov does nothing? And does this not indicate a potential conflict of interest in the work of Deputy Prime Minister Khusnullin?

Returning to the question of where Marat Shakirzyanovich could earn funds for such property (if it really belongs to him). After all, in 2020 he officially earned a little more than 24 million rubles - except for the maintenance of the mansion and enough.

By the way, offshore scandals have been rumbling around Khusnullin for a long time. Back in 2016, he had to make excuses to society about the anti-corruption investigation of journalists. Then it was said that Khusnullin was allegedly associated with an offshore company that owned structures that participated in "construction" public procurement in Tatarstan.

According to Vedomosti, it was about the largest construction enterprises in Tatarstan - Tatselzhilkomkhoz OJSC, Vodokanalservice OJSC, Tatstroy OJSC Management Company. Allegedly, they belonged to the British offshore Averdo Property Management Limited, the ownership of which they tried to attribute to Khusnullin. He himself, of course, categorically rejected any connection.

The investigation says that by 2007, the shares of these three enterprises were owned by Moscow Averdiks LLC. Khusnullin at that time served as Minister of Housing and Communal Services and Construction of Tatarstan. According to information from the unified state register of legal entities as of October 1, 2010, Averdix LLC had two owners: the London company Averdo Property Management Liited LTD and the offshore from the British Virgin Islands Averdix Business Corp.

From 2005 until August 2010, Roza Khusnullina (Rosa Khusnullina) was the director of the British company Averdo Property Management Liited LTD. Surprisingly, three months before the appointment of Marat Khusnullin to the post of head of the Moscow construction department, the company's director changed. The investigation assumes that Rosa Khusnullina is the mother of the current deputy prime minister of the Cabinet of Ministers of the Russian Federation.

Meanwhile, these Russian companies were indeed recipients of state contracts. For example, Tatselzhilkomkhoz OJSC received almost 13 million rubles from GKU Glavinveststroy RT before it was liquidated in 2012. Vodokanalservice, also now liquidated (in 2016), was more successful - the amount of state contracts of this company exceeded 1 billion rubles. 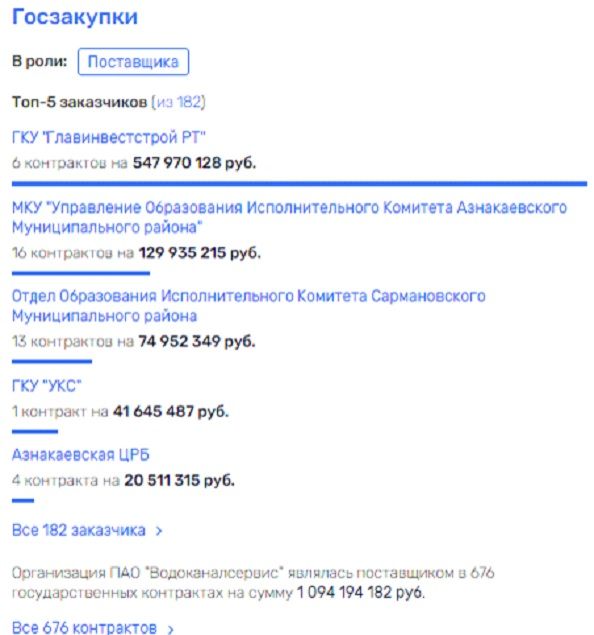 At the same time, the company received most of it, over 547 million rubles, from the already named GKU Glavinveststroy RT, which was subordinate to the main "builder" of the Republic from the authorities of Marat Khusnullin. More than 41 million rubles under state contracts were received by Tatstroy OJSC, prudently liquidated back in 2013.

Tatstroy participated in the construction of the TANECO oil refinery in Nizhnekamsk (part of the TATNEFT holding), built kindergartens and schools at a budget expense, built facilities of the Khimgrad state technopark, built up residential neighborhoods in the village of Osinovo and Kazan. In addition, the company at a budget expense built Student Games facilities, for example, the Petrel pool. And after Khusnullin's transition to Moscow, she quickly gushed.

Are there too many coincidences, especially given that since the offshore scandal, all these structures have been hastily liquidated? And it looks like it's the tip of the iceberg. After all, many other cases are associated with Khusnullin - huge housing renovation contracts in Moscow, the purchase and sale of the long-suffering Moskapstroy, where people supposedly not strangers to Marat Khusnullin suddenly found themselves in leadership positions. 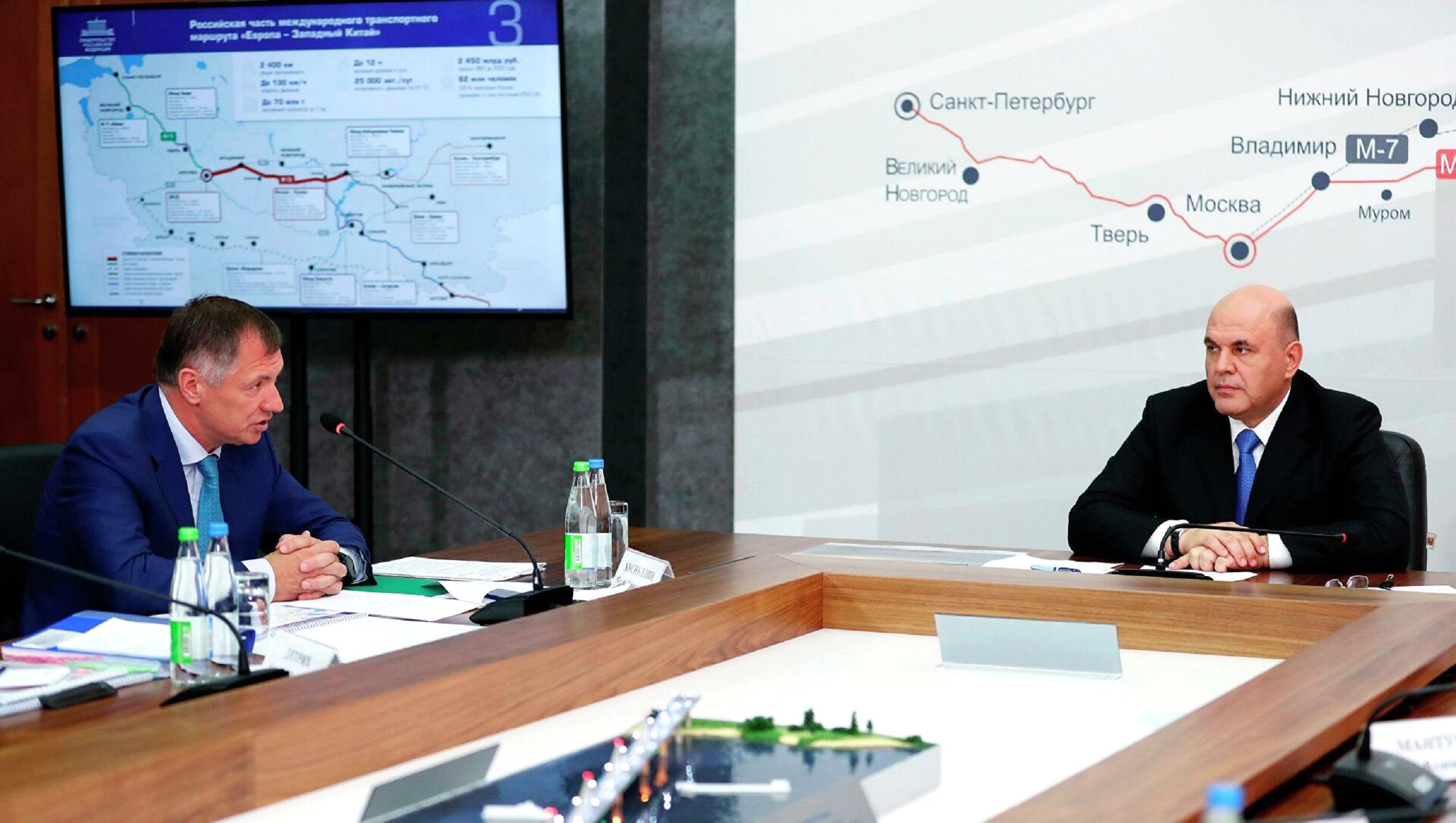 Marat Khusnullin hopes for the support of Mikhail Mishustin?

Therefore, we will probably see more than one investigation into the possible property and assets of Marat Khusnullin and his family. But it seems that with such a "rear" as Mikhail Mishustin, Khusnullin is not afraid of anything. Knowing the principle and foresight of Mishustin - in vain.