How Savelyev "took off"

Could the head of the Ministry of Transport Vitaly Savelyev get under a third of a billion on trading Aeroflot shares using insider information?

According to The Moscow Post, the network continues a heated discussion of declarations with the income of Russian officials published at the end of last week. The most stormy response was caused by the incredible wealth of the current Minister of Transport Vitaly Savelyev, who previously worked as general director of Aeroflot PJSC.

Savelyev almost turned out to be the most successful Russian official in terms of income, losing only to the head of the Ministry of Industry and Trade Denis Manturov. It turned out that over the past treacherous 2020 Vitaly Savelyev became richer by almost 360 million rubles - a third of a billion! The official owns BMW X5 cars, the premium Bentley Continental GT, land plots with an area of ​ ​ over 6.5 thousand square meters. meters.

Who are we talking about? About the owner of a large corporation, the heir to the Arab sheikh? No, this is a Russian official whose last name during his work at Aeroflot featured a huge number of scandals. Surprisingly, after this official was not just not removed from work with a shameful wording, but also promoted to the whole minister.

And Savelyev could earn such funds not only from one salary of the general director. It turns out, as they say, the current head of the Ministry of Transport can still be the owner of a stake in Aeroflot, and should have taken possession of them for a long time. Moreover, as Forbes writes, Savelyev for some time remained the owner of shares after leaving the company, at a time when he was a minister.

Aeroflot immediately hastened to refute this information, but unconvincingly. The official was on the list of affiliates with the state-owned company. The company claims that this was due to the fact that he, as a minister, joined the Board of Directors of PJSC. They explained that according to the law, no one forbids owning shares, and a possible conflict of interest can be taken into account only when committing certain significant legal actions.

And Savelyev, as the general director of Aeroflot, did not commit legally significant actions? And how is the Minister of Transport, who participates in the discussion and distribution of giant subsidies between airlines, also not significant actions?

But everything can be much more interesting. Indeed, according to financial expert, analyst at Agidel Management Company Viktor Tunev on his Facebook page, Savelyev's fabulous wealth could be the result of allegedly insider trading in the company's shares - even while he was the head of the structure.

We cite the post of analyst of April 19, 2021 in full to exclude ambiguous interpretations:

"As the former general director of Aeroflot and the current Minister of Transport successfully" entered "and" left "Aeroflot shares. Only today, Aeroflot announced a change in the share of Savelyev V.G. in the authorized capital from 0.055% to 0, which occurred 5 months ago - December 7, 2020. In those days there were maximum prices of 74-75 rubles. after an additional issue that eroded its share in the company from 0.121% to 0.055%. Savelyev bought on the market from December 9 to 15, 2014 at prices close to the lows from 2009 - 36-37 rubles. During the period of ownership received 33 rubles. dividends. Total yield at 200%. "

Under 200%! Not bad. The schedule, which the expert cites on his page, indicates the period of the additional issue of Aeroflot shares, as well as the moment when the official became Minister of Transport. Does this not look like "insider stock trading"? Recall that in the Criminal Code of the Russian Federation there is an article 185.6. "Unlawful use of insider information," which involves up to four years in prison.

Of course, it's one thing to write something on the Internet, it's completely different to provide real evidence, documents that can confirm words. There is no real evidence of Savelyev's involvement in any unseemly cases. But something suggests that if you ask about this situation in Aeroflot or the Ministry of Transport, you will not be able to get an answer in essence.

All this leads to sad thoughts about enriching officials: as they say that we guard, we have. And this against the background of everything that happened at Aeroflot under Savelyev. As if there were few shares, with him the top management of the company bathed in money. In March 2020, it became known that the remuneration to the leadership of Aeroflot for unsustainable works increased by 40%, Forbes wrote about it.

But earlier in 2019, there was a monstrous crash of the Sukhoi Superjet aircraft owned by Aeroflot in Sheremetyevo, when 41 people died in the fire. Then all the blame was transferred to the deceased pilot of the aircraft, and Savelyev promised that top managers would not receive prizes by the end of the year. It turns out that in 2019 they were awarded even more than they should have, and Savelyev did not keep his word?

A separate topic is the additional issue of shares of the state-owned company. As you know, Vitaly Savelyev took up the post of head of the transport ministry in November 2020. And just a few months earlier, in the summer, the company decided on an additional issue of shares worth 1.7 billion rubles - plus 1.1 billion rubles already existing. The same expert Viktor Tunev writes about this - only from the pages of the officially registered Finversia media.

In simple terms, it was decided to pump the company with money. Did this not affect the profitability of the shares that Vitaly Savelyev could hold? And this is with an extremely low capitalization of the company (less than 0.5% of the market)! A budget banquet? 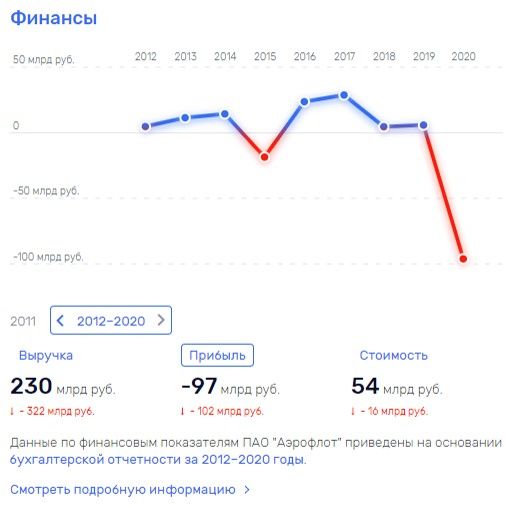 In parallel with this, unprofitable Aeroflot continues to receive giant subsidies from the state - almost more than all the other airlines in the country combined. The same goes for state support measures. In that sheer 2020, the Federal Air Transport Agency decided to pay 9.45 billion rubles of state support to 18 airlines, of which 7.89 billion rubles went to Aeroflot and its daughters, Pobeda and Aurora. About this write Vedomosti.

That is, it turns out that this group of companies accounted for 83% of all compensation received. But will it not be fat for Mr. Savelyev and the structures that he led? It is even easier that the company received this money immediately - at a time, while others were paid money gradually.

And this against the background of a number of high-profile scandals surrounded by Savelyev. Many of these scandals are with an outright soul.

In March 2021, the Prosecutor General's Office approved the indictment in the criminal case of the former right hand Vitali Savelyev, ex-deputy general director of Aeroflot for legal affairs Vladimir Alexandrov. Together with him, the accused are Alexandrov's former subordinate Tatyana Davydova and two lawyers - Alexander Slivko and Dina Kibets. According to Kommersant, they are accused of overstating the prices for the provision of legal services to the airline and thus stealing more than 250 million rubles from it.

According to investigators, in 2016, Vladimir Alexandrov, in order to steal Aeroflot property, organized the airline's conclusion with Your Lawyer Partner AK, where Slivko and Kibets's lawyers worked, of four agreements on providing legal assistance and representing interests in civil, arbitration and criminal cases. Meanwhile, the prosecution believes that this was not necessary, since this was done by employees of the legal department of the airline. 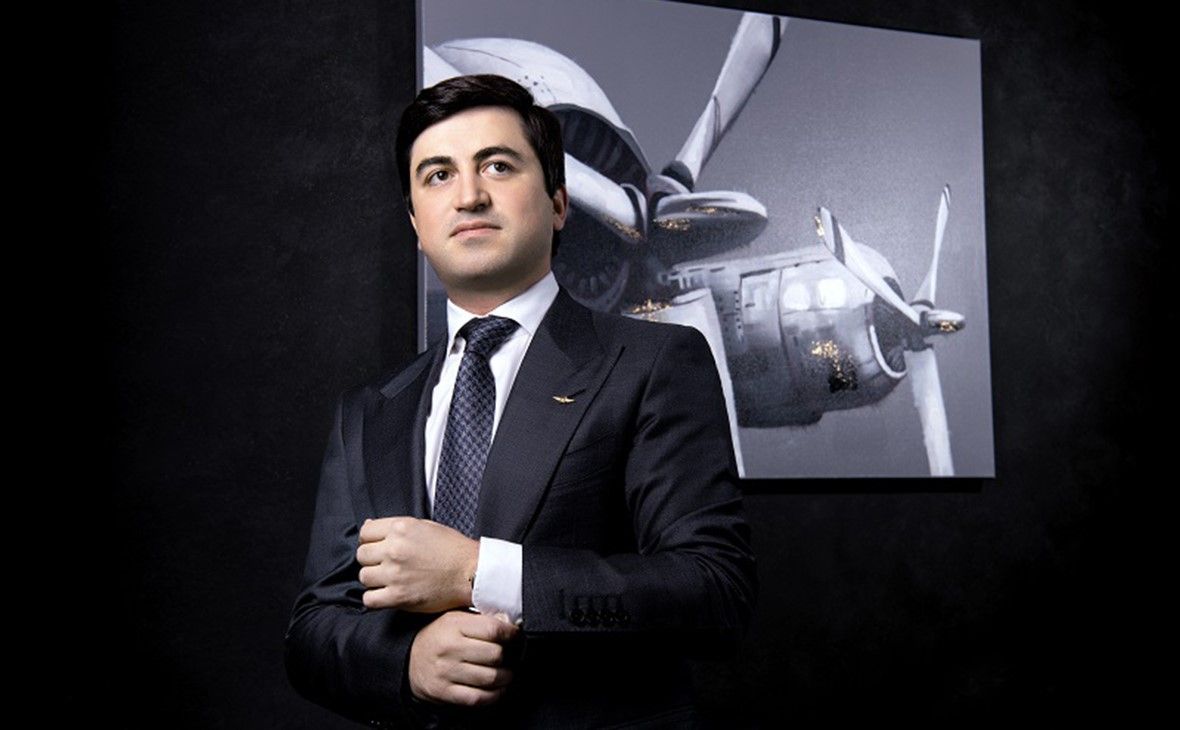 Vladimir Alexandrov "flew," but will the former boss cover him?

That is, the "affectionate child in two uterus sucks" - and even with participation in the criminal case as a defendant in the former deputy Savelyev. And now the most interesting thing is that it turns out that Aeroflot does not recognize itself as the injured party! He did not admit when Savelyev led there, he does not recognize now. That is, the company could take out 250 million rubles (budget, note), but the company is not offended. Is the money supposed to be public?

Moreover, in court, the lawyers of the accused said that they were going to end the criminal prosecution. It must be assumed that their former boss, who became a minister, would be extremely pleased with such an outcome. After all, ill-wishers have long spread rumors, supposedly Savelyev himself could be almost the author of a possible scheme. Or at least he could know, but do nothing about it.

Among other claims that Aeroflot and its top managers expressed are the striking luck of certain companies, which have won expensive tenders against the structure time and again. In 2018, the company began a large-scale audit, the results of which, frankly, cause concern.

According to Business Online​​​​, the check was not carried out by anyone, but by the FSB. It turned out that the vast majority of tenders concluded in 2016-2018 were won by one supplier. For 2016, the amount of all Aeroflot contracts is estimated at 629 billion rubles. Of these, contracts for 608 billion were signed with a single supplier. In 2018, agreements for 459 billion were concluded with various suppliers. Of these, one participant won tenders of 451 billion rubles.

The scheme for transferring purchases for "their" supposedly could be simple: creating impossible conditions for all but one contractor. Classic genre? After that, prosecutors sent information to the FAS. As a result, the department issued Aeroflot a fine of 10 thousand rubles. Surely, Vitaly Savelyev laughed for a long time in his "Bentley Continental."

What to say, he should have a lot of positivity, but you can't forbid living beautifully. At least no one forbade or forbid Savelyev. And now, as Minister of Transport, he has new enormous opportunities to raise the mood of himself and his loved ones. The only question is, why do we need such managers of state corporations, not to mention the personnel leading entire sectors of the economy?