Russia: three decades on guard of the world

For almost 30 years of the peacekeeping mission of the Russian Federation in Transnistria and other regions, our country has proved by deed its commitment to peace and the diplomatic solution of acute conflicts.

According to the correspondent of The Moscow Post, on the eve of the 29th anniversary of the introduction of the Russian peacekeeping contingent in Transnistria. This date in Russia went unnoticed for many, because it is not round. But this has not passed in Transnistria itself, which has been living in tension for 30 years, but without the conflict moving to a hot plane.

Thus, the peacekeeping mission of the Russian Federation on the Dniester is considered one of the most successful in the world: since the end of the conflict, not a single really large-scale escalation has occurred, not to mention large-scale hostilities, as we observed, for example, last fall in Karabakh.

In Pridnestrovie, almost all Pridnestrovian leadership took part in events dedicated to the peacekeeping mission. Head of the PMR Vadim Krasnoselsky took part in the celebrations, laid flowers at the Peace Arch at the bridge over the Dniester at the entrance to Bender. The celebrations ended with a parade march, in which units from the peacekeeping forces of the Russian Federation and the PMR took part.

"It was the introduction of Russian peacekeepers into the conflict zone that put an end to the bloodshed. It is extremely important to understand that Russia has never been a party to the conflict, it has acted and acts as a peacekeeper country, a guarantor country of the process of settling relations between Moldova and Transnistria, "said the head of the PMR Vadim Krasnoselsky. His words are quoted by "Regnum".

The phrases are on duty, but in the context of political changes in Moldova, they may sound new. Elected with the support of Western and, especially, American money and political strategists, Sandu from the very first days in office made it clear that she would seek the withdrawal of the peacekeeping contingent from the PMR, with which "there have never been agreements on the part of Moldova." This was stated to Sandu at her first press conference as president. Her words are quoted by TASS.

At the same time, she proposed replacing peacekeepers with an EU and OSCE mission. True, it is not clear how observers from these institutions will be able to prevent a new round of conflict. In Ukraine, they only record shootings, but they are no guarantors of peace.

Sandu's position correlates with statements by the States and the European Union, which have long been leading the line on the withdrawal of Russian peacekeepers. But only statements by the Moldovan authorities do not end. In anticipation of the recent parliamentary elections, Sandu's team proposed reducing the number of polling stations for residents of the PMR from 41 to 12. 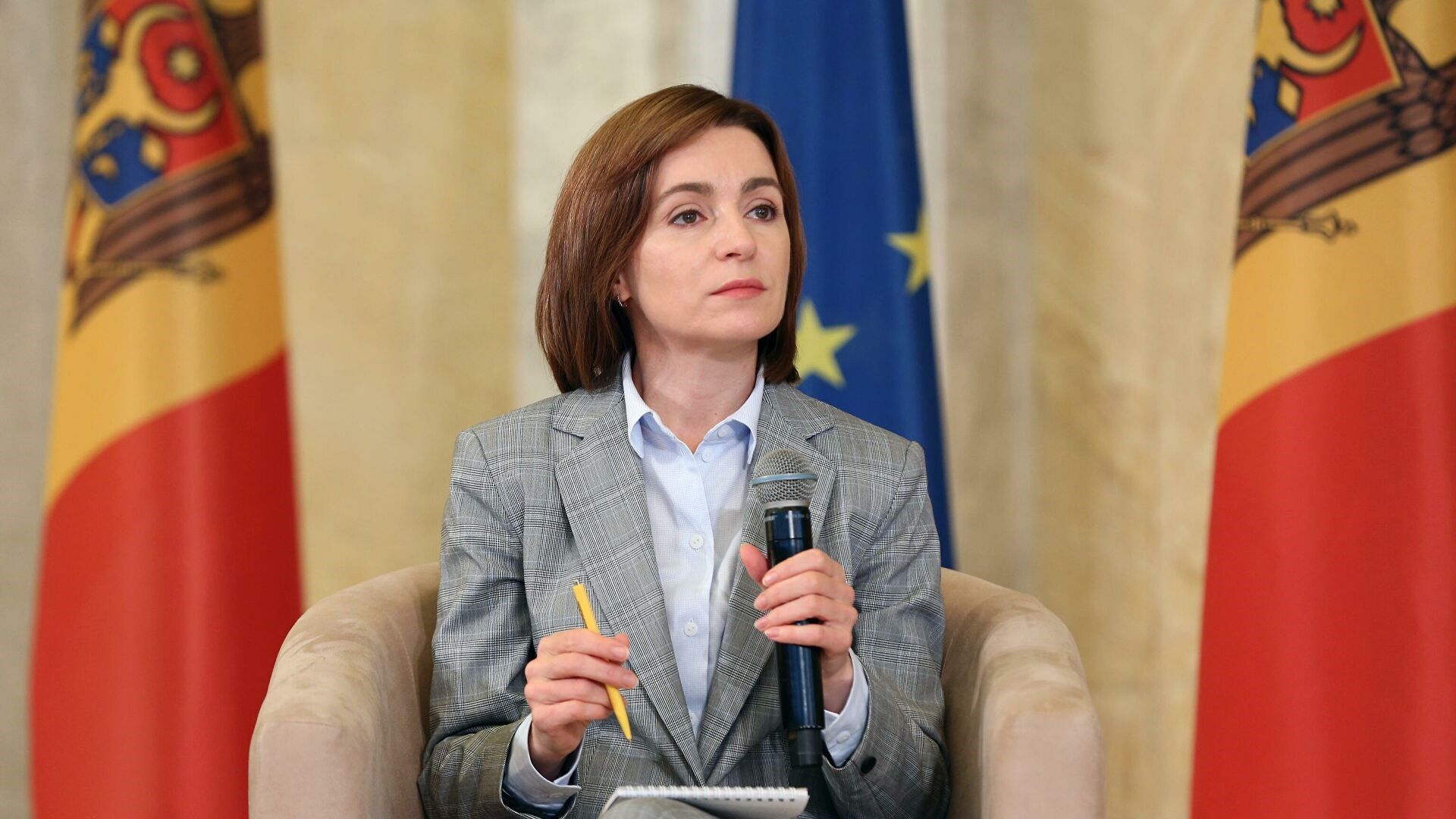 Then this proposal caused a real scandal. Nevertheless, it was supported by a decision of the Chisinau Appeals Chamber. And even despite the fact that it was not possible to reduce the number of polling stations, and the decision will be challenged in the country's Higher Judicial Chamber, the trend is clear: to reduce the electoral base of the opposition by restricting their electoral rights. After all, you still need to get to more distant areas left after the grid is reduced.

All these are political games, but they cannot cancel the fact that the peacekeeping mission in the Russian Federation has really been able to ensure, albeit cold, even imperfect, peace in 30 years. People stopped dying, full-scale hostilities did not resume.

The conflict in Transnistria was laid down at the beginning of the 20th century, when in 1924 the Bolsheviks established the Moldavian Autonomous Soviet Socialist Republic on the left bank of the Dniester as part of Ukraine.

Prior to this, in 1918, taking advantage of the revolutionary turmoil, Romania introduced its army into Bessarabia, after which the authority Sfatul Tseriy (Council of the country) created in Chisinau voted for unification with a neighboring state. The Lenin government did not recognize the annexation, and the legendary brigade commander, Moldovan Grigory Kotovsky, persuaded his fellow countryman - the chairman of the Revolutionary Military Council of the USSR and military commissar Mikhail Frunze - to allow him to cross the Dniester to drive the Romanians from his homeland.

The new autonomy was supposed to play the role of a bridgehead in solving the "Bessarabian question," but after the collapse of the USSR, it received a situation similar to many post-imperial conflicts when the part where mainly Russians and Ukrainians live wanted to secede.

We will not describe the whole chronology of events, but the fact remains that in 1992 Russia saved Moldova from a full-scale civil war. After the end of the active armed conflict, in 1992 negotiations began on the status of Transnistria between the Transnistrian Moldavian Republic and Moldova. Initially, Russia acted as a mediator, since 1993 the OSCE mission joined the process, and since 1995 Ukraine.

In 2003, Russia proposed the "Kozak Memorandum," according to which Moldova was proposed to become an "asymmetric federation," in which the PMR was granted a special status. According to a number of experts, its signing was disrupted under pressure from the US ambassador to Moldova, which is very significant. After all, supporting conflicts and tension in the post-Soviet space, the American administration forces the Russian Federation to spend time and resources on their settlement.

At a meeting in 2010 between Russian President Dmitry Medvedev and German Chancellor Angela Merkel, another memorandum was signed that proposed the creation of a Russian-European committee, in particular, to resolve the Transnistrian conflict.

This project was criticized from the Moldovan and Romanian sides as a repeated attempt to make a federation from Moldova. This proposal did not find understanding among many representatives of the Russian side itself, who could consider such a development of events to be the surrender of the PMR.

In 2016 and 2017, the OSCE Council of Foreign Ministers issued statements suggesting the entry of the PMR into Moldova with a "special status." They were supported by Moldovan President Igor Dodon. However, these documents were criticized for the fact that representatives of the PMR were not involved in the process of their development.

In the context of Sandu's policy in Moldova, many today tend to recall the crisis in South Ossetia in 2008, when Georgian troops, on the orders of Mikheil Saakashvili, attacked Russian peacekeepers in Tskhinvali. Even Europe condemned this barbaric act - following the results of the proceedings, the EU commission recognized Georgia as responsible for the start of hostilities. About this wrote RBC.

Then Russia not only saved South Ossetia and Abkhazia, but also showed that peacekeepers are a guarantee against power scenarios for resolving internal conflicts.

Today, after the resumption and cessation of the war in Karabakh through the mediation of the Russian Federation, all this has played with new colors. If peacekeepers were introduced to Karabakh back in the 1990s, thousands or even tens of thousands of people would remain alive. 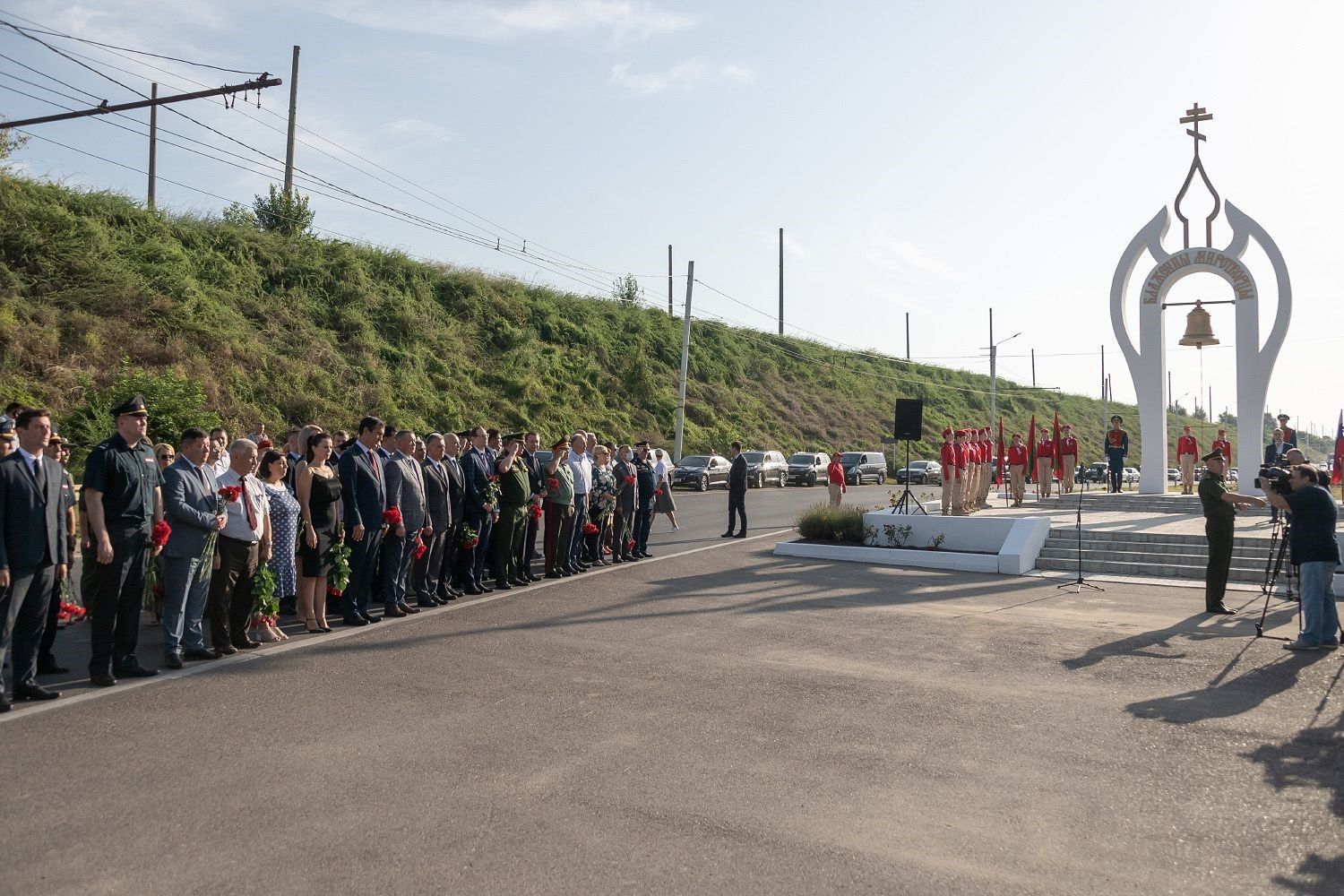 The Russian Federation is actively working on the same topic within the framework of the UN. In 2018, military and police personnel from the Russian Federation participated in eight UN peacekeeping missions: in the Middle East, in Western Sahara, in Sudan, South Sudan, DR Congo, Kosovo, Colombia and Cyprus. The huge positive role that the Russians played in Syria, already outside the framework of the peacekeeping mission, but by agreement with the Syrian government, is also known.

These facts, real facts, and not propaganda, how they beat any attempts to squeeze out and limit the influence of the Russian Federation on these regions. And the political situation here is inferior to the same political situation, but with real filling: otherwise there may be blood, and the costs of withdrawing the peacekeepers of the Russian Federation will instantly exceed the benefits. So, we have to negotiate - it is for the better.