"Missile" diplomacy and the Russian Federation in the role of arbitrator

In the new round of the Arab-Israeli conflict, Russia remains the only country with which all opposing parties are ready to speak without preconditions.

According to the correspondent of The Moscow Post, a real war has unfolded in Israel and Palestine. In response to a massive rocket attack on Tel Aviv, the Israel Defense Forces launched a retaliatory airstrike on the Gaza Strip. As a result, key leaders of the intelligence system of the Palestinian radical movement Hamas were eliminated.

We are talking about Hassan Qaogi, the head of Hamas's military intelligence security department, and his deputy, Vail Issa, the head of counterintelligence. Their destruction was confirmed on the official twitter of the Israeli army. However, no one will be surprised if these persons suddenly "revive" in official reports of the Palestinian side, as has happened more than once in such cases.

Recall that the fire of war broke out with renewed vigor on a seemingly insignificant occasion. But this is exactly the reason. The shelling of Israel began a few days ago, after thousands of Palestinians gathered near the Al-Aqsa mosque, collecting improvised weapons on the eve of Jerusalem Day. This is a holiday dedicated to the annexation of the eastern part of the city to Israel after the Six-Day War.

The police used rubber bullets and stun grenades against the audience. In response, stones flew into them. At the same time, clashes began to take place in Sheikh Jarrah, a neighborhood in eastern Jerusalem where six Palestinian families are going to be evicted from their homes. Hamas demanded that the police be removed from the Temple Mount and from Sheikh Jarrah, and after the refusal, the rocket attacks were allegedly the first to begin.

The situation quickly got out of control, turning into the most real hostilities. Dozens of people have already died on both sides, but there is no end. The chief of the General Staff of the Israeli army promised to continue the shelling. Israeli Prime Minister Benjamin Netanyahu said: Hamas and Islamic Jihad have already paid and will still pay. The operation will take some more time.

Whose hut from the edge

The tragic events on the Arab-Palestinian border are a consequence of the failure of international efforts to resolve this problem. And if the United States, as a key ally of Israel, speaks mainly on its part, then Russia takes a more neutral position. Historically, since the times of the USSR, our country has acted as a kind of guarantor for the Arab side, which has always been defeated in an armed confrontation with Israel.

Meanwhile, contacts are maintained by both sides today. Hamas in the Russian Federation is still not included in the list of terrorist organizations. This was done, including to leave opportunities for dialogue with the leaders of the movement directly in Moscow.

However, a similar situation with the Taliban movement (banned in Russia), but this does not prevent those responsible from the Russian Federation from negotiating with their representatives about the future fate of Afghanistan and Iraq. That is, Russia acts as an arbitrator interested in a ceasefire. Today, it is clear that without her mediation efforts, it will be extremely difficult to achieve lasting peace.

The Russian side has already called on the parties for restraint, and condemned missile attacks that killed civilians. Regardless of the party that struck, the religious and ethnicity of the victims.

According to the official representative of the Russian Foreign Ministry, Maria Zakharova, Israel and Palestine should comply with the status quo enshrined in the Jordanian-Israeli peace treaty regarding the Holy Places in Jerusalem and those UN resolutions related to this city.

At the same time, Moscow is going to seek a comprehensive and sustainable settlement in accordance with the UNS Security Council resolutions providing for the creation of both Palestine and Israel. Yes, these are just words while shells tear up on the streets of both states.

Meanwhile, Washington's position is also formally marked - against bloodshed. But the prerequisites for the resumption of the conflict came from the decisions of the leadership of this particular state. Recall that in 2017, the 45th US President Donald Trump suddenly recognized Jerusalem as the capital of Israel. This largely symbolic and declarative move has simply caused a storm of indignation among the Palestinians.

According to Trump, this step symbolizes the country's new approach to the Palestinian-Israeli settlement, and is also a recognition of the "existing reality." That is, the States even abandoned formal neutrality, taking the side of Israel. There, in Jerusalem, it was decided to move the US Embassy. Recall that the status of Jerusalem is one of the most pressing issues in this conflict.

The Israeli armed forces occupied the western part of Jerusalem during the Arab-Israeli war of 1947-1949, as a result of which the city was divided into two parts between Israel and Transjordan (now Jordan). In 1967, during the Six-Day War, Israel took control of the eastern part of the city.

However, back in 1947, the status of Jerusalem was determined by UN General Assembly Resolution No. 181 on the partition of Palestine. It was decided to put the city under international control due to the presence of important Muslim, Christian and Jewish shrines there. Since then, no state has recognized Jerusalem as a draw capital, foreign embassies are located in Tel Aviv.

That is, the Trump administration acted contrary to the existing UN resolution and the position of other mediators in resolving the Arab-Israeli conflict. And this is very characteristic of US politics of the last 30 years. Recall the attacks on Belgrade bypassing the UN resolution, recall the attack on Afghanistan and Iraq, where they never found weapons of mass destruction. In fairness, in the latter case, the Americans did not achieve their goals, bogging down in that war for as long as 20 years. 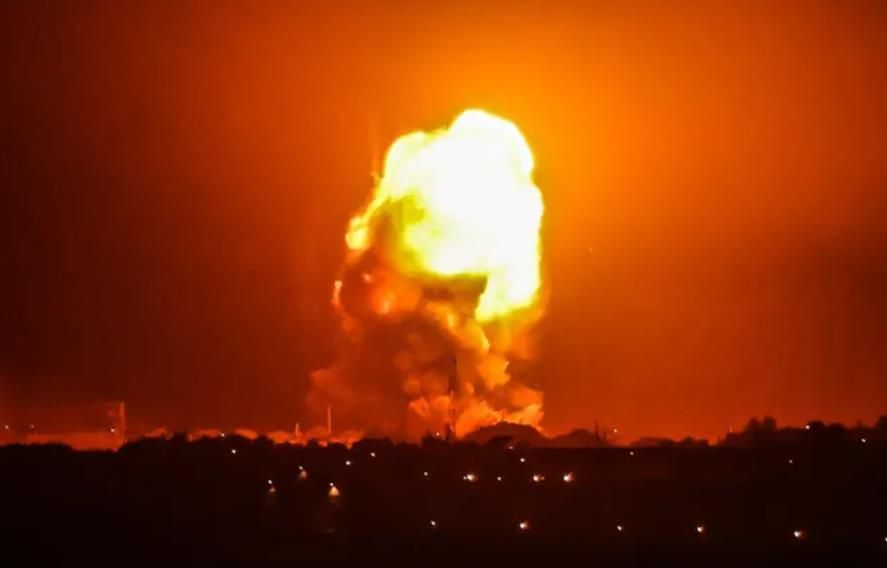 But those who are in a hurry to bring all the dogs down on Trump, who is now being obstructed in the United States, forget one small detail. After all, the law on the transfer of the US Embassy to Jerusalem was adopted by the American Congress back in 1995, during the dominance of the same US Democratic Party there, which is now ardently fighting with Trump's supporters. And under the very democratic president of the United States, Bill Clinton, with whose light hand the bombing of Belgrade began.

Who will they talk to?

That is, this is the conscious policy of the American leadership over the past 30 years, which has added fuel to the fire of confrontation. Now it will not work to play back. Russia has consistently opposed such steps, but no one has listened to it.

Now Russia is the only major player in the Middle East to whom at least some level of confidence remains among all parties to the conflict, including Hamas, without exception. In Israel, a huge number of immigrants from our country. Its very creation was supported by Joseph Stalin - he hoped that the new Jewish state would follow in the fairway of Soviet politics.

It turned out the opposite, but at the same time the Arab countries remained under the "protection" of the USSR in the international arena. It was our country that did not allow their complete defeat as a result of the Six-Day War, and then acted as one of the apologists and guarantors of a shaky truce. But what are peace initiatives worth if one of the parties unilaterally, spitting on the UN resolution, is playing its game.

Of course, the aggravation that occurred is not the result of this adventurist decision to transfer the capital alone. And even close. But this is one of the markers that real efforts for a peaceful settlement are clearly not in the interests, at least, of the United States. After all, the United States supplies Israel with weapons.

And in the new peace process, which will certainly begin after the completion of the next stage of Israel's military operation in Gaza, Russia will be the only country handshake for all parties to the conflict. And this alone gives hope that a fragile peace will be restored - at least for a while, while Russia is still in the "grave forces."