It seems that Vladislav Sviblov can transfer "toxic" gold mining assets to Konstantin Strukov, who is ready to deal with problematic projects.

According to the correspondent of The Moscow Post, the Kamchatka Gold, once controlled by Viktor Vekselberg, was transferred to Highland Gold, owned by former top manager of the PIK group Vladislav Sviblov. The latter is now actively collecting gold mining assets, probably in order to bring the combined company to IPO. However, there is an opinion that if Kamchatka Gold has any problems, then the asset will be in the hands of Konstantin Strukov at an instant. Moreover, businessmen have long worked: earlier Petropavlovsk fell into the hands of Strukov through Sviblov, and a native of PIK received Uryumkan through Strukov.

Highland Gold has agreed to buy a 100% stake in a competitor - Kamchatka Gold JSC. According to experts, the company was estimated (enterprise value) at approximately $500 million, minus debt, the transaction amount was about $200 million. FAS, according to Vedomosti, has already agreed on the purchase.

At the same time, the perimeter of the transaction did not include GOK Kumroch and the eponymous field. Earlier, the asset passed to the structure of the former owner of the Chelyabinsk Pipe Rolling Plant Andrei Komarov Atom Gold. In April of this year, it became known that the company completed a deal to acquire 75% minus 1 share of Bystrinsky Mining Company, which owns a license for Kumroch.

True, without Kumroch, Sviblov will be where to go: Kamchatka Gold owns 11 licenses for the development of deposits with a total resource base of about 400 tons of gold. Production is carried out at two mining and processing plants - Aginsky and Ametistovoye. All this will help Highland Gold, which now ranks seventh in Russia in terms of production, compete with the fifth largest gold mining company in Russia - Nordgold.

Recently, Mr. Sviblov has closed a number of large transactions to receive gold mining assets. In March 2021, Horvik, the beneficiary of which is Sviblov, announced the purchase of 51.2% of Trans-Siberian Gold (TSG), which is engaged in gold mining in Kamchatka. In July, Horvik announced the start of a forced buyback of TSG shares, and also delisted the company from AIM on the London Stock Exchange. According to Interfax, by July 23 of this year, the Sviblov Company collected 97.1% of Trans-Siberian, shortly before that, the entrepreneur joined the Board of Directors of enterprises. 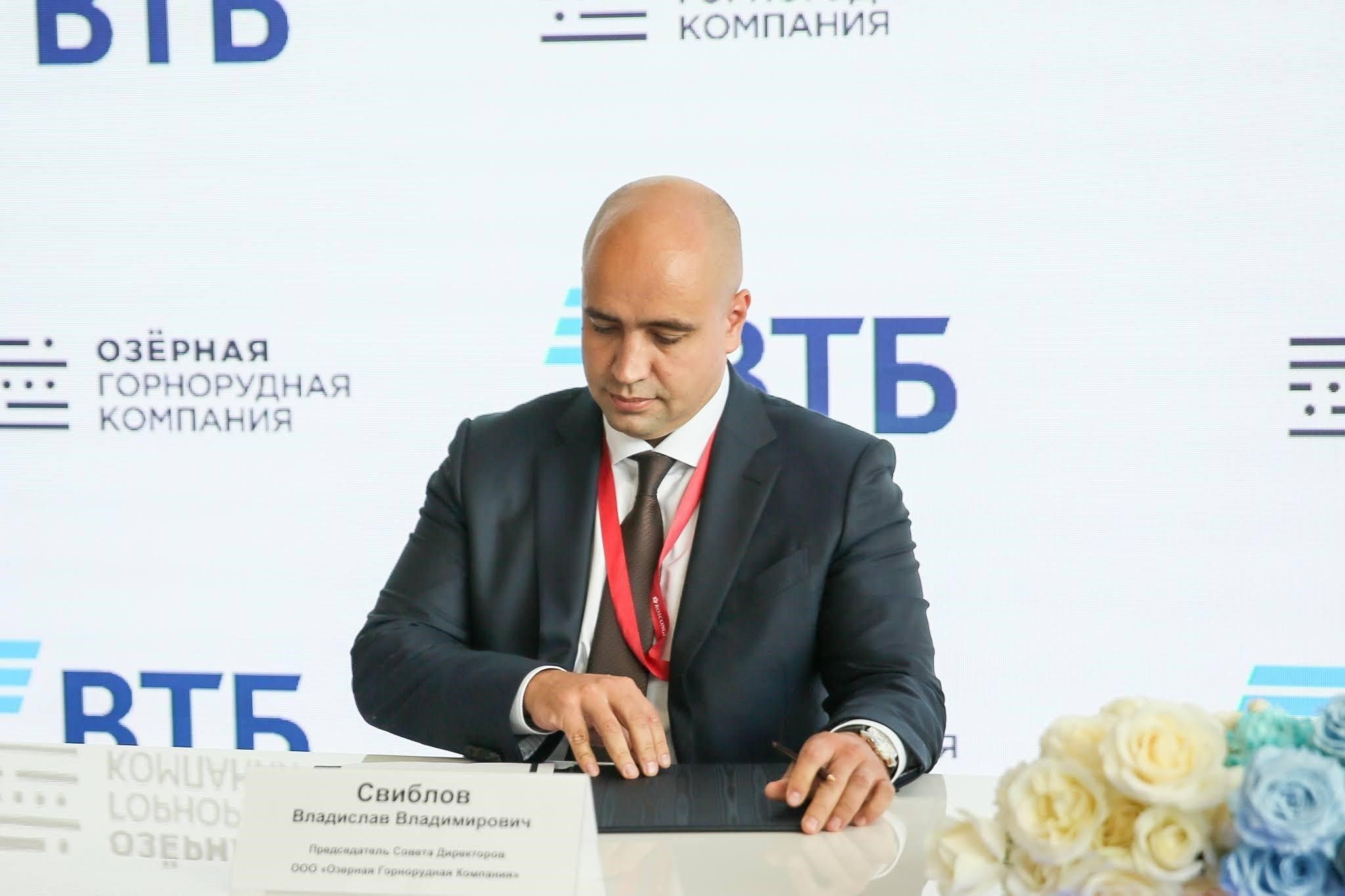 Vladislav Sviblov also acquired 40.06% of the Highland Gold miner for $574 million from the structures of Roman Abramovich and his partners. Last November, Highland Gold delisted from the London Stock Exchange and initiated a forced buyout from shareholders who had not previously accepted a buyout offer from Sviblov's Fortiana.

In addition, its structures are now considering participating in an auction at the Kuchus field with balance reserves of 175.3 tons. Number One also wrote that Sviblov will also develop the Nazarovsky gold deposit, the Talinsky brown coal deposit and the Ermakovsky fluorite-beryllium deposit.

In other words, Sviblov is obviously engaged in the consolidation of gold mining assets. But the question arises: do he need them himself or someone else?

Long time on a short leg

The reason for thought is the situation with Petropavlovsk. Recall that in October 2019, the company Fortiana Sviblova bought a minority stake of 4.6% in the gold miner Petropavlovsk. Then Sviblov himself called this purchase an investment in an undervalued asset with high growth potential in an attractive gold market. However, it seems that then he himself overestimated the company: Sviblov at the end of June 2020 already sold the entire part of the package after voting on the new Board of Directors of the company.

As a result of the voting results, the founder of the gold mining company Pavel Maslovsky, financial director of the company Danila Kotlyarov and several other independent directors remained behind the Board. And Konstantin Strukov from Yuzhuralzolot became the "rule the ball," whom some directly accused of the "raider seizure" of the company.

As The Moscow Post wrote in detail earlier, including thanks to Sviblov, UGK Strukov eventually became the largest shareholder, personnel changes began, and a real story unfolded in the office of Pokrovsky Mine in the style of the "dashing" 90s, which some considered nothing more than a "raider" seizure.

At the same time, Mr. Sviblov has long been famous as a "specialist in acquisitions." Many remind him of the fact that he is a native of Rosbuilding, a company that RBC openly called the "largest Russian raider." At the same time, there is talk that in their alleged tandem with Strukov the latter is assigned a secondary role. It is possible that in the case of Petropavlovsk, the businessman simply did not want to glow further in history with such a "toxic" asset, providing this to Strukov. 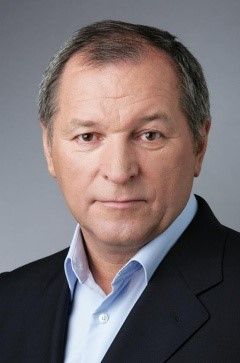 Moreover, he had previously worked with Strukov. We are talking about the small gold mining company Uryumkan, which manages the Darasunskoye field, located in the Trans-Baikal Territory. This mine was part of Highland Gold, but in 2007 there was a fire at the facility, which killed 25 miners, and the field began to bring losses to shareholders, Forbes wrote. As a result, the mine was sold to Yuzhuralzolot Konstantin Strukov for $25 million.

During the ownership of the mine, Strukov invested 10 billion rubles in it. In May 2017, employee salary delays began, followed by prolonged strikes. As a result, the mine was sold for $1 million to investor Sergei Berbidaev. But Berbidaev did not delay the mine either: 100% of Uryumkan was transferred to Sviblov's Vostok Gold company.

Such a problematic "Lake"

And what, indeed, he can be very comfortable working in tandem with Strukov. If it does drain troubled assets to it, then the latter may well have the Lake Polymetallic deposit in its hands. This is Sviblov's very first industrial asset. Since 2004, the project has been trying to launch IFK Metropol ex-State Duma deputy Mikhail Slipenchuk. The company was going to build a GOK with a capacity of 8 million tons of ore, but did not find an investor for this.

Then in May 2018, the head of Buryatia, Alexei Tsydenov, said on his Facebook page that if the construction of the GOK does not begin by the end of the year, measures will be taken to change the licensee. Tsydenov later said that the investor was found, but did not disclose his name. Ultimately, it turned out to be the structure of Sviblov.

At the same time, the entrepreneur never hid that in the case of Ozerny he was counting on state support in the form of subsidies. It was not without raising budget funds, and for Buryatia, the Ozerny GOK is in fact the largest and most financially costly project. Well, Sviblov seems ready to back off solid amounts, given his position in Buryatia and good relations with Tsydenov, about which The Moscow Post previously wrote in detail. At one time there was even talk that Sviblov was marking the State Duma or the Federation Council from the republic.

But, despite the budgetary infusions, the situation on Ozernoy remains problematic: residents of nearby villages fear the collapse of their houses due to the blasting of the GOK. Allegedly because of this, their houses are walked by a walker, the walls are cracked, and in the village of Gundy people are especially worried about the school building, which was built in the 60s of the last century. In response to these claims, Sviblova confirmed that she was unscrupulous in studying the impact of blasting on settlements. And recently, almost 20 people were injured as a result of a bus overturning on the territory of the GOK "Lake Mining Company," as reported by Interfax.

From the outside, everything looks as if Sviblov and Strukov, who can now experience serious financial difficulties, worked perfectly. One has talent and money to get new assets, and the other may not be afraid to work with the most "toxic" of them. It is possible that in the case of Kamchatka Gold, if the company turns out to be "problematic," then Sviblov will transfer it to Strukov, and if not, he will deal with it himself.