The business of oligarch Goda Nisanov seems to be covered by influential security officials from the Ministry of Internal Affairs of the Russian Federation - up to the head of the department Vladimir Kolokoltsev and his inner circle. Therefore, for years they cannot find any significant violations in the work of Nisanov's structures?

According to the correspondent of The Moscow Post, the Moscow business party casts another rumor about the connections of the scandalous businessman, the owner of the Kiev Square Group of Companies and many capital markets of the God Nisanov in law enforcement agencies. According to evil languages, the ex-head of the Moscow police department, General Vladimir Pronin, could previously act in his interests.

To prove this is very problematic - no one caught the hand of two men or their representatives solving certain issues. But the talk that the Year of Nisanov can use the "roof" in the form of high-ranking Moscow security officials has been going on for a very long time.

Note that despite all the rumors, visits of the FSB and the Russian Guard to the markets of the God Nisanov and the demands of his former partner Ilgar Hajiev to give a legal assessment of his actions in the construction market, no one has ever made any complaints to the oligarch from law enforcement officers. You give a diva, an impeccable entrepreneur.

Vladimir Pronin is a native of the Kursk region. They say that his appointment to Moscow was lobbied by the deputy mayor of the capital Sobyanin for housing and communal services, who has been permanent since Luzhkov's times, Peter Biryukov. He is credited with many business interests in the city, and a combination of influential persons such as Biryukov and Nisanov could support these interests.

Recall also that Pronin headed the Moscow headquarters from 2001 to 2009 - that is, during the active growth of the Nisanov business empire. And he resigned after the tragic events - the execution, which Denis Evsyukov committed in one of the Moscow stores.

Returning to Biryukov - at one time he oversaw the construction of the shopping center "European" God Nisanov. According to the authors of the Cheka-OGPU telegram channel, the object allegedly had problems with permits, but the center was still built and works perfectly, bringing Nisanov billions. Could Biryukov and Pronin help resolve this issue? 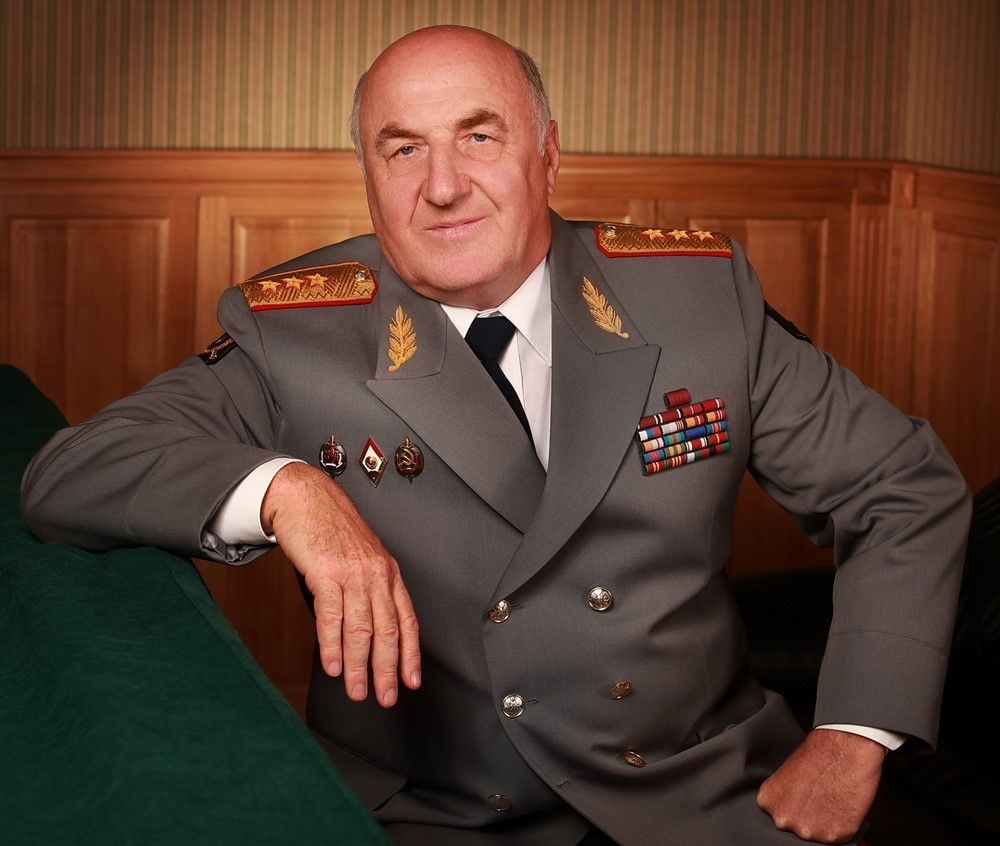 In addition, later information appeared that the son of Mr. Pronin could, along with Kiev Square, be among the co-owners of the shopping center. According to other sources, the son of Pronin could become a co-owner of Imperial-2000, which was part of the same Civil Code.

The structure of the owners of the holding is difficult to call transparent, and subsequently it was not possible to confirm this. But in 2017, Novaya Gazeta journalists found a whole business empire in the family of the former head of the Moscow police, Vladimir Pronin. More specifically, we are talking about business related to real estate and medical activities. In the first case, for example, the case concerns Real Trade, which was owned by a relative of Vladimir Pronin Larisa Pronina. Another close relative, Catherine, was nominally registered companies that were also engaged in real estate.

In addition, the partners of the Pronin family are credited with ties with the development business of the capital. Among people close to the Pronins, a certain Dmitry Sosnovsky, who was the director at Alpha Design, is called. It belonged to another Pronin - Alexander. The structure owned 30% of the Solutions business park on the street. Kirovograd in the south of Moscow. The other 70% of this building was owned by the structures of the Moskapstroy construction company. Could a possible "friendship" with Nisanov help in its creation - an open question.

In any case, it is impossible to close the appointment of Pronin to Biryukov and possible patronage of Nisanov. After all, the main patron of Nisanov may be the head of the Ministry of Internal Affairs Vladimir Kolokoltsev himself. It is no secret that in the past the family of Nisanov and Kolokoltsev were connected by business relations. Nisanov's relative, Oleg Yusupov, was a business partner of the son of the head of the Ministry of Internal Affairs, Alexander Kolokoltsev. Together they owned the restaurant company Il Forno. Yusupov also co-owns companies doing business with the Kiev Square Group of Companies.

And everything would be nothing, but once this information was leaked to the media. The newspaper Vedomosti wrote about the business ties of Yusupov and Kolokoltsev. Less than a year after that, Yusupov suddenly withdrew from the owners of Il Forno. No one wants to shine and substitute an influential family. Or is it a coincidence?

Another relative of the God Nisanov, Vladislav Yusupov, lit up in a scandal. According to the former partner of the God Nisanov, Ilgar Hajiyev, allegedly, Vladislav Yusupov participated in a possible "raider seizure" of his construction business SDI Group. "The next day, a cousin of Nisanov Goda Semenovich came to the company's office - Yusupov Vladislav Ilyushaevich, gathered the company's top managers and announced to everyone that from now on he is the new owner of the company," PASMI quoted him as saying (recognized as a foreign agent in Russia).

By the way, Hajiyev himself was forced to leave Russia due to threats to his life. Later, several criminal cases were opened against him, which may be of a custom nature. The appeal of Hajiev himself to Kolokoltsev with a request to understand the situation did not lead to anything. We will not be surprised if these appeals in the Moscow headquarters did not read at all.

Everything that is possible was hung on the businessman - possible fraud, tax evasion, etc., but after Gadizhev left the country, no movement in these cases could be heard. For that and opened production?

However, Vladimir Pronin, like Vladimir Kolokoltsev, are people, so to speak, from the outside. What about Nisanov's own companies? According to the authors of the Project. Media website, allegedly Goda Nisanov took to his job in the security service of the ex-assistant to the head of the Ministry of Internal Affairs of the Russian Federation, General Nikolai Golovkin.

Someone even joked that Golovkin could be Kolokoltsev's "special lieutenant" under Nisanov. As if Nisanov had previously seen an ex-policeman at the head of the security service of his capital markets - and this is a huge economy.

Mr. Golovkin is a very famous person. In the past, he headed the Main Directorate of the Ministry of Internal Affairs of the Russian Federation for the Moscow Region. And in 2011, he got into a high-profile scandal with a high-profile case of security forces protecting illegal gambling in the suburbs. Then Golovkin was called for interrogation, and a search was carried out in the office of the Moscow Region police.

The name of Colonel General Golovkin was repeatedly mentioned by witnesses in this case as a possible recipient of bribes for "protecting" casinos. The investigation decided to check the testimony after the detention of the "proxy" General Oleg Sudakov.

Despite his dismissal from the authorities, he had an office in the building of the Main Directorate of the Ministry of Internal Affairs, in which the organizers of underground casinos brought $200 thousand for transfer to officially "undefined officials" in the police leadership. All this is the investigation data cited by Kommersant.

Is it necessary to add that during the proceedings not a single Golovkin was injured? Or maybe even acquired something for himself. For example, career prospects in the company of one of the influential Moscow oligarchs. 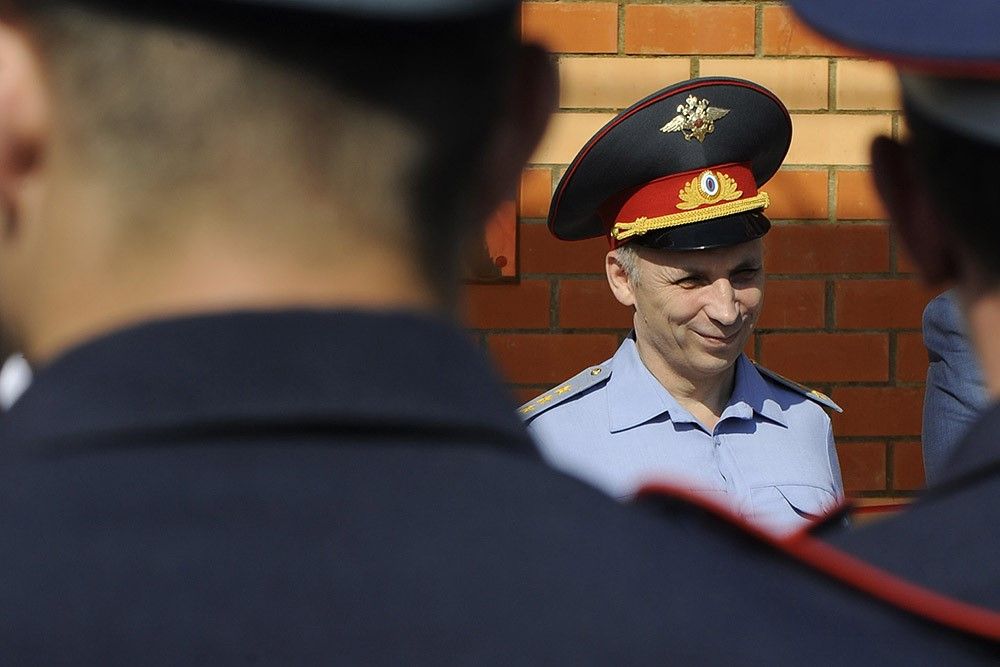 In the case of the protection of illegal casinos, Nikolai Golovkin "escaped" with a slight fright?

And if Golovkin is Nisanov's "connection" with the security forces in his own company, then he may not be alone. According to rumors, allegedly not so long ago, the former head of the Internal Affairs Directorate of CJSC Andrei Puchkov got a job as the director of the Shchelkovsky bus station of the capital. But the position is formal - as if in fact he began to lead the security service of most of the oligarch's business empire, including the European shopping center. So in the service of Nisanov could be two police generals at once!

At the beginning of the material, we mentioned that despite all these rumors, the FSB seized Nisanov in the same markets. Here you need to explain something - it was a rather loud event. A visit with inspections to the markets of Sadovod, Food City and the Moscow shopping and fair complex took place in March 2019, RBC wrote about this.

Then it was assumed that the measures were aimed at finding criminals on the wanted list, as well as at preventing various migration offenses. In addition, there were rumors that mining farms with a turnover of billions of dollars could be located there. Then many thought - did they really decide to restore order in Nisanov's markets?

According to the authors of Russian Crime, there is allegedly direct evidence that revenue from the markets of the God Nisanovgoes into shadow circulation and, among other things, was used to give giant bribes to employees of the power bloc. The statements are given with reference to some testimony of the "runaway banker" German Gorbuntsov, and it is not possible to verify their veracity.

But all these conversations somehow fall very well into the root of a clearly not hostile relationship between the structures of Nisanov and the Moscow police. And it is easy to assume that since neither then nor now in the work of his companies find significant violations, they will not be found in the future. At least until the change of leadership of the Ministry of Internal Affairs of the Russian Federation.