The former Head of the Federal Customs Service (FCS) may be dismissed from the post of the Head of the Eurasian Development Bank (EDB). His name was repeatedly mentioned in the context of large-scale corruption scandals.

As it became known to the correspondent of  The Moscow Post, former Head of the Federal customs service and now Head of the Eurasian Development Bank (EDB) Andrey Beliyaninov may soon leave his post. Allegedly, his resignation was planned to be in spring, but was postponed in order to determine who will take his place in the "grey schemes", as if related to the former official's previous place of work.

Andrey Beliyaninov is known to the Russian public primarily as the Customs Officer who was found to have shoe boxes full of money at home. This happened in 2016, when the country's Chief Customs Officer was decided to be checked for involvement in the illegal supply of elite alcohol to the Russian Federation, as Kommersant wrote.

Beliyaninov himself hastened to assure that this was his personal savings. The reason why he kept it in shoe boxes instead of a bank is unknown, but no criminal prosecution of the Head of the FCS happened then. Meanwhile, billionaire Dmitry Mikhalchenko was sentenced for alcohol smuggling, RBC wrote about it.

As if it was the testimony of Mikhalchenko that formed the basis for the actions of operatives who visited  Andrey Beliyaninov's house. But he got away with it. According to rumors, the reason was serious relations of the Customs Officer among powerful people. First of all, with Head of Rostec Sergey Chemezov. 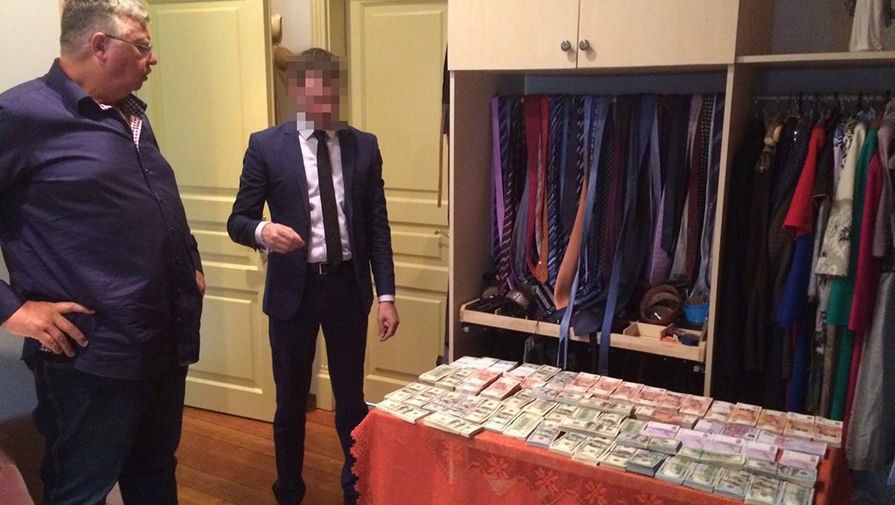 Frame of the search at Andrey Beliyaninov's house

Allegedly Beliyaninov is well acquainted with him and can represent the interests of people associated with him. In 1994-1999, Beliyaninov worked as the First Deputy Chairman and then the Chairman of the Board of Novikombank, now a Rostec structure that finances high-tech production.

It is rumored that after helping to avoid criminal prosecution, Chemezov could not keep Beliyaninov as Head of the FCS, because information about this scandal reached the President. Now Beliyaninov seems to have become completely useless - not only for Chemezov, but also for other possible partners of the former Chief Customs Officer.

The odious developer God Nisanov may be among them. According to evil tongues, allegedly Nisanov together with Beliyaninov has an awesome scheme of earnings on the supply of sanctioned products to the Nisanov's food centre named "Food City".

The delivery is, of course, bypassing customs legislation - through a large cargo terminal of temporary storage warehouse Food Logistics LLC, which is located in Food City.

Whether this is true or not, both Beliyaninov and Nisanov formally have nothing to do with the owners of the terminal, but can only be profit recipients. As if Nisanov can withdraw up to 50% (and he himself — "pays" to Mayor Sobyanin?), 25% - to Beliyaninov, and another 25% - to businessman Kamo Avagumyan. 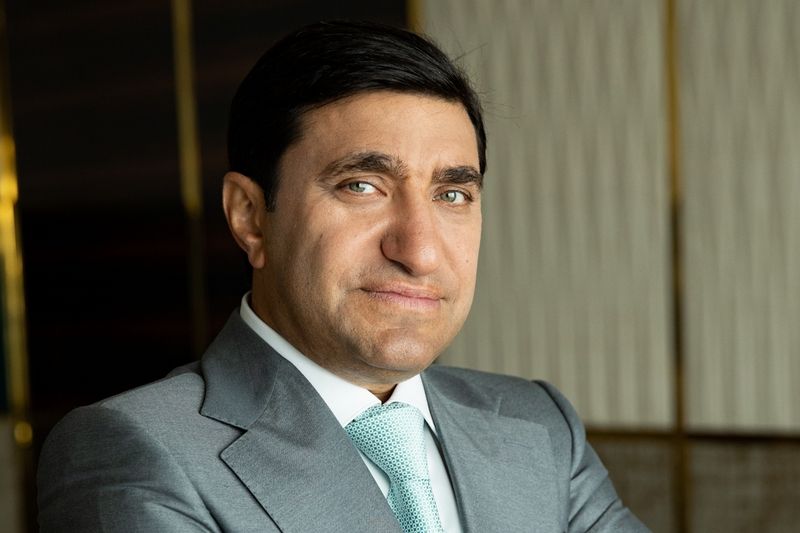 If the rumors are true, Nisanov and other participants are hardly pleased that Beliyaninov, who has lost the post of the Head of the FCS, can still participate in the distribution of profits. Can all this turn into criminal cases against the same Beliyaninov? It is unlikely.

If they didn't bring him to justice when they found boxes with money at his place, why would law enforcement officers take him on? They have enough work to do. For example, they need to investigate the robbery of Andrey Beliyaninov's house, which happened in 2018. Kommersant wrote about this.

That time the robber, threatening Beliyaninov's wife with a gun, took 15 million rubles, thousands of dollars, euros and a collection of expensive coins from the house. Not bad for the former official. He could not clearly explain where he had got these funds from.

Curiosities and scandals with a corruption smell surround Beliyaninov during almost all of his career. Back in 2013, the main office of the Federal Customs Service in Moscow was searched on a large scale.

Investigators were looking for evidence in the framework of a criminal case of fraud against the Head of Criminalistics of the Central Export-Forensic Customs Department Vladimir Makarenko. This was reported by Interfax.

The story also resonated because Beliyaninov began to zealously defend his subordinate, almost coming into conflict with the Investigative Committee and its Head Alexander Bastrykin. Among other things, Beliyaninov has accused investigators in low qualification, this was mentioned by Vesti.

However, Makarenko's guilt was proved, according to the court desision, he received two years in prison and a fine.

As follows from the decision, Makarenko demanded 80 thousand rubles from the General Director of Vladpolitex LLC. In exchange, he promised to help the businessman with obtaining a preliminary classification decision on the code of the goods nomenclature of foreign economic activity in the Office of the Goods Nomenclature Department of the Federal Customs Service.

At the same time, the security forces established that Makarenko himself could hardly provide this service. Therefore, there was a version according to which he could transfer part of the bribe to representatives of his leadership in order for them to settle the issue. Has Beliyaninov nothing to do with this?

Discussion that under Beliyaninov, the FCS could have a whole vertically integrated system of corruption, had been going on for several years by that time. Its essence was the movement of bribes from the lower level to the very top, so that the management turned a blind eye to possible facts of theft by smaller bosses.

It is worth recalling other scandals under Beliyaninov. For example, at the Sheremetyevo Customs, where the businessmen openly said: "it's necessary to pay there...". Their words are quoted by Komsomolskaya Pravda. If this is true, it is not surprising that Beliyaninov was able to save entire boxes of money.

By the way, former Kyrgyz President Almazbek Atambayev openly supported Beliyaninov in his current work at the Eurasian Development Bank. Allegedly, he wanted to play the role of a regional lobbyist for the EDB, and even called Beliyaninov a "little Kyrgyz". This was written by Versia.

However, after Atambayev's resignation, he was detained in the course of a real shooting accident with victims, and recently he was found guilty of corruption and sentenced to 11 years in prison with confiscation of property. And no relations helped. This was written by Gazeta.ru. Can such a fate await Beliyaninov as well?