While more and more defendants in the case of former Deputy Energy Minister Anatoly Tikhonov appear, they are trying to stubbornly break up his case.

At the disposal of the editorial office of The Moscow Post was a complaint to the Prosecutor General of the Russian Federation Igor Krasnov from the company ISSB LLC, which wants to attract the former Deputy Minister of Energy Anatoly Tikhonov for another episode of fraud, but seems to meet resistance to this process. Moreover, company representatives suggest that Tikhonov's case is completely trying to collapse.

According to the text of the complaint, the applications filed by ISSB are not considered. According to our sources, the adviser to the general director of the company, Alexei Savin, had two telephone conversations, from which it follows that an attempt to commit fraud in the purchase of equipment for the supply of GIS fuel and energy complex will not be investigated. During the consideration of the auction application for participation in the auction, Information Communications and Security Systems LLC, by a strange coincidence, was not allowed to participate in the auction, allegedly according to non-compliant Federal Law No. 44 "On Bidding" requirements.

Back in 2019, the company considered such a decision illegal, and turned to the antimonopoly service. After that, the adviser to the general director of the company, Alexei Savin, allegedly called and scheduled a meeting, which was allegedly attended by the former head of the information technology department of the fuel and energy complex "Russian Energy Agency" Roman Shcherbov.

As if they tried to agree with him so that ISSB would not try to obtain a contract. In exchange, representatives of the company allegedly promised that in the future the organization could receive dividends from other state tenders, it is possible that for servicing the system. GIS FUEL AND ENERGY COMPLEX.

However, the company did not agree with this state of affairs and turned to law enforcement agencies. According to sources of The Moscow Post, several audio recordings were transmitted to the security forces on which a person with a voice similar to Roman Shcherbov demands to pay 40 million rubles for the opportunity to work under the contracts of the Ministry of Energy. 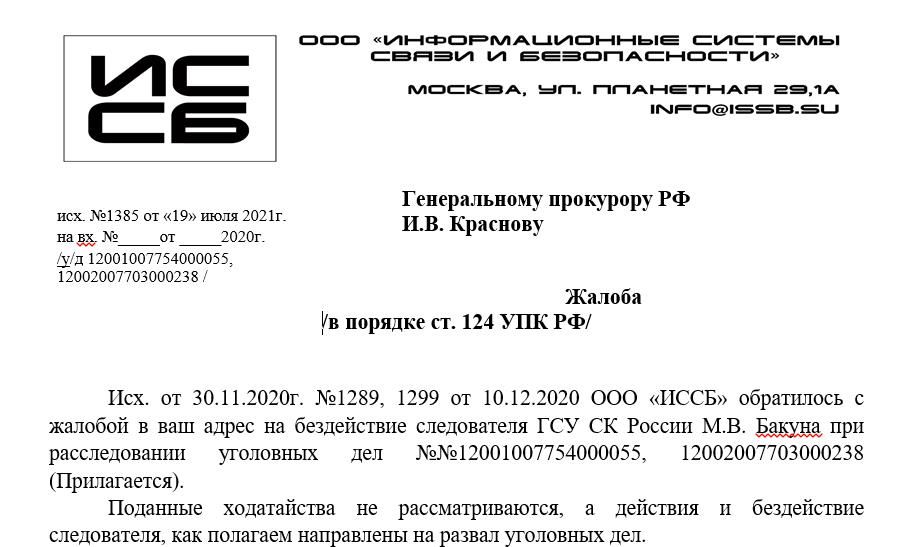 And last year, Deputy Energy Minister Anatoly Tikhonov was detained as a suspect in a criminal case of major fraud, RBC wrote. The Russian Energy Agency headed by him was engaged in the implementation of the state program "Energy Efficiency and Energy Development," in particular, the development of the state information system of the fuel and energy complex.

However, despite all this, the case did not develop, investigators and judges changed like gloves. And who is there now. Even the petition posted two years ago did not help.

Meanwhile, the UK opened a new criminal case against Anatoly Tikhonov and his alleged accomplices. The official is suspected of laundering more than 700 million rubles allocated for the "long-suffering" GIS fuel and energy system.

The defendants in the fresh case were Tikhonov himself, his partner Valery Kovalenko, already known to us by Roman Shcherbov, ex-adviser to Deputy Minister Roman Ryzhkov, accountant Elena Golovko, as well as Tikhonov's acquaintance Igor Udintsev and a famous businessman who died in 2018.

The case directly concerns the state program "Energy Efficiency and Energy Development," which provided for financing measures to develop the program of the state information system of the fuel and energy complex (GIS Fuel and Energy Complex). In 2015, the Ministry of Energy of Russia concluded two state contracts for the supply of equipment. And although Resource Service JSC won, for some reason the money was transferred to the account of a certain Endevel LLC. According to law enforcement officers, this office was controlled by the aforementioned conspiracy participants. Moreover, as investigators found out, all transactions were fictitious - which means that purchases could initially be organized "for their own."

In September 2020, Mr. Tikhonov was arrested on charges of fraud on an especially large scale just in connection with this story. Now law enforcement officers have found out where the money went. According to some reports, in this case the so-called "laundry" was used - a foreign company through which the Russian and, for a second, budget money were washed.

Moreover, in addition to monetary damage, Tikhonov's actions entailed more serious consequences of state scale. So, the GIS fuel and energy system, which was planned to be commissioned in 2014, began to be used only in 2019.

It is worth noting that the talk that Tikhonov may be unclean has been going on for a long time, but until the very last moment he managed to evade direct accusations. However, now there is an opinion that with the arrest of Tikhonov, the real "black box office" of the Ministry of Energy was closed. Earlier, The Moscow Post wrote in detail that Tikhonov since 2014 oversaw the cooperation of Russia and Iran in the supply of oil from the Middle East country. He personally took up the issue of exporting raw materials and controlled the turnover of about 10 million barrels per year. 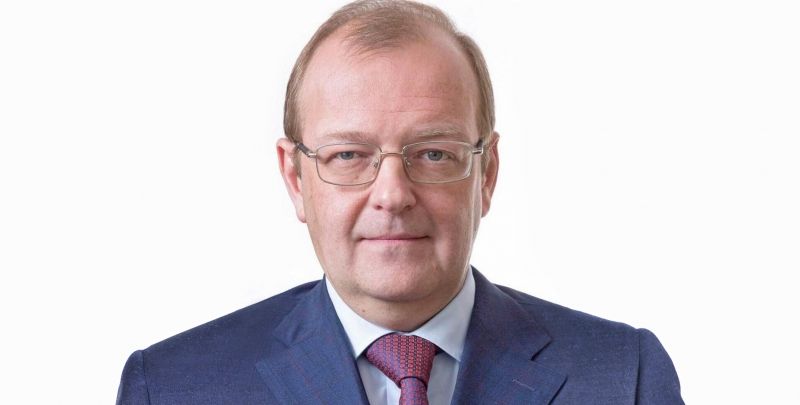 Well, if Mr. Tikhonov could really earn more on oil, this would explain where the official's family owned a decent house in Finland and apartments in the expensive Moscow City, as well as an apartment in Monaco, a four-story boutique hotel and a cocktail bar in the Swiss city of Lugano, about which Legal.Report.

According to some information, on the eve of the arrest, the deputy minister tried to escape. However, as we see, he did not succeed. In plain sight is his possible patron - Alexander Novak, Deputy Prime Minister, who oversees the fuel and energy complex. There were conversations that the official was diligently trying to save his likely protégé - they say, that is why even after the arrest, Tikhonov remained in office in the Ministry of Energy. He vacated the post only on March 31 this year and then... "due to the reduction of this position"! This was reported by TASS.

However, the most important patron of Tikhonov, according to popular opinion, was Alexander Khloponin. Tikhonov and Khloponin worked back in the Krasnoyarsk Territory, where the first was the deputy governor of the second. Then Tikhonov met Novak, who worked in a similar position. Their relationship even went beyond the workers: they are godparents of each other's children. Earlier this was told in detail by The Moscow Post.

It is possible that now Novak and Khloponin can take an active part in the Tikhonov case. And this would explain why the former official seems to be masterfully moving away from new accusations.