Maxim Liksutov: on the rails to the garbage

Attributed by ill-wishers, the business empire of Moscow Deputy Mayor Maxim Liksutov may include a garbage company.

According to the correspondent of The Moscow Post, the interests of the vice-mayor of Moscow, the head of Deptrans Maxim Liksutov may be hiding behind the Ecolain garbage operator. He can also be the true beneficiary of other commercial organizations that earn on the contracts of the capital Deptrans. The official can conduct business through his former deputy Yevgeny Mikhailov, who is also associated with Oleg Gref (son of the head of Sber German Gref) and the sons of the former head of VEB Vladimir Dmitriev.

Earlier, The Moscow Post wrote in detail that Liksutov could engage in commerce through his former wife Tatyana. divorce from which some consider fictitious. In addition, the deputy mayor of Moscow may be interested in the success of MaximaTelecom, which is engaged in Wi-Fi in the capital's subway, as well as Aeroexpress, which Liksutov himself previously officially owned.

Many remembered the name of Yevgeny Mikhailov after his loud departure - his resignation was the first personnel decision of Sergei Sobyanin after being elected mayor of Moscow. This was due to a check that revealed a violation by an official of the law "On Combating Corruption."

A formal reason for checking against Yevgeny Mikhailov, according to The Moscow Post, was the appeal of a certain Fedorov S.G., who sent statements to the Prosecutor General's Office of the Russian Federation, the FSB of the Russian Federation and a number of other departments. In them, he pointed out that a high-ranking official, when hiring for the Moscow government and subsequent declarations of income and property, hid the fact that he was a co-founder of ElPiG Logistics LLC. At the same time, the main owner of ElPiG Logistics LLC was a foreign company - the Latvian Transporta Problěmu Institūts. Mikhailov at his post had access to state secrets, and therefore should not have been in contact with foreign capital.

Anyway, he's still doing it. Mr. Mikhailov is listed as the founder of Liga-Group LLC, which is controlled by Liga-Trans LLC. And among the co-owners of the latter is a company from Hong Kong AKMERO LIMITED (ACMERO LIMITED). And, by the way, Liga-Trans LLC feeds on contracts from metropolitan departments - in total, the company has contracts for 489 million rubles. What is noteworthy, gives her contracts, including the State Unitary Enterprise Mosgortrans, which he previously led... Eugene Mikhailov himself! And no conflict of interest?

In turn, Liga-Group LLC has zero revenue and losses of 281 thousand rubles. Such financial indicators may indicate that money is banally withdrawn from the company, and, assuming that this is true, it may be money from the contracts of its "daughter." By the way, the share of Mikhailov himself in Liga-Group LLC is pledged to IPG Garant LLC. So he's doing business with other people's money?

Mikhailov also manages and possibly is a shareholder in Technologiya-Service JSC, which owns a stake in United Construction Company LLC. This company earned 234 million rubles on the procurement of Mosgortrans.

Mikhailov's most monetary asset is the Ecolain garbage operator, it belongs to the same Liga-trans LLC. And the pool of state contracts "Ecolain" can be envied - their total value exceeded 27 billion rubles. All because the company is engaged in a very profitable business, garbage. 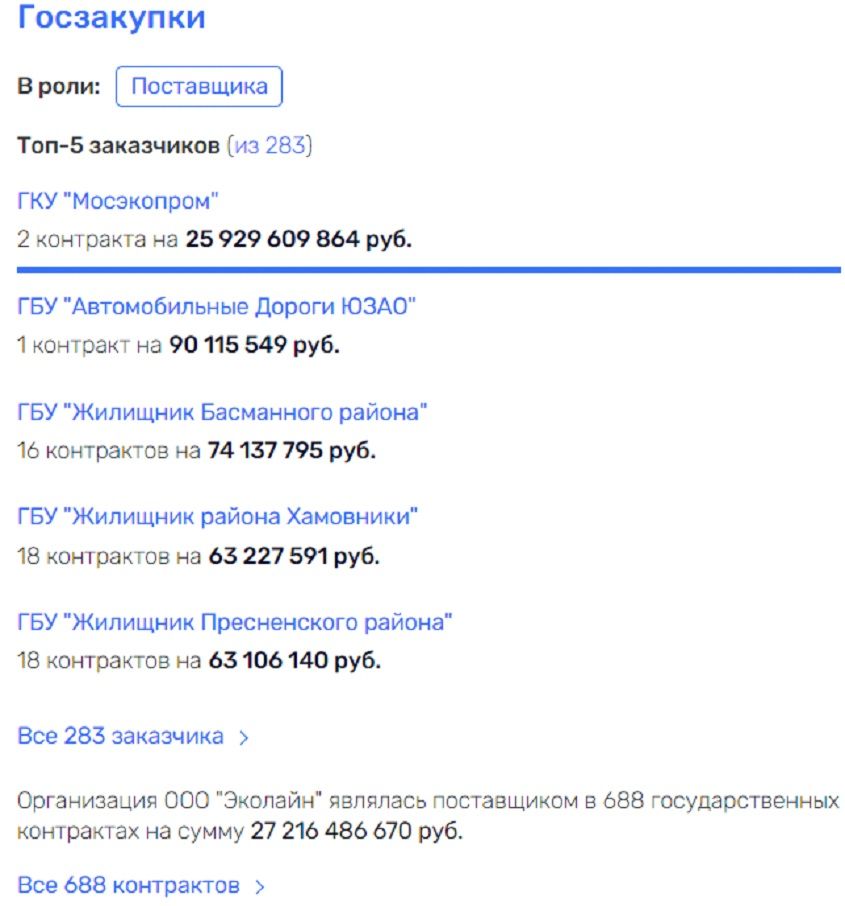 And he does it so successfully that he even absorbs his competitors. Shareholders of Ecolain in the summer of 2019 bought the company MKM-Logistics in Moscow, which, in turn, had contracts for 41 billion rubles. What to say, Mr. Mikhailov crows with considerable money. I wonder if his longtime colleague Maxim Liksutov was involved in his sudden commercial success?

But what is known for sure is that Mikhailov is connected with the son of German Gref, from whom shares in MCM-Logistics were bought. Oleg Gref owns Clean Logistics LLC, which previously owned the asset. Gref Jr. 's partner in this business are the sons of the ex-head of VEB Vladimir Dmitriev Pavel and Stepan. 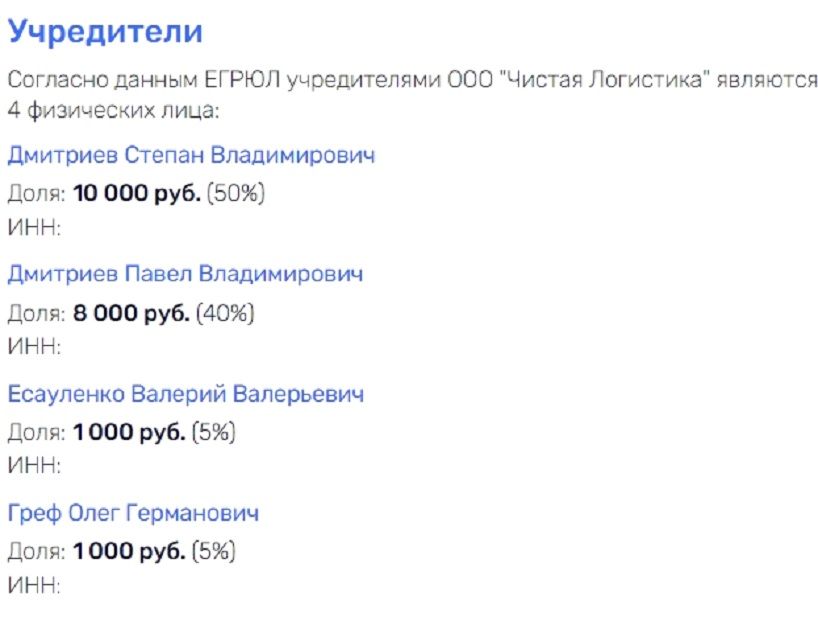 There are no exes?

Well, if Liksutov really does business with Mikhailov's hands, then he earns very decent money. But not one, as they say, Mikhailov - more than once there were suggestions that the official could act through his former wife Tatyana Liksutova.

This summer, the businesswoman, through the organization of Aprika Style LLC, acquired Kaliningrad Baltic Marble Company LLC, which is engaged in stone and transshipment of goods. This purchase supplemented the portfolio of its Kaliningrad assets - in the spring, through the same Aprika Style, it became the founder of Terminal Zapadny LLC and Novik Terminal LLC, which is a resident of the special economic zone. Both companies are engaged in transshipment of goods.

And it seems not accidental that the sphere of her business interests is concentrated just in the Kaliningrad port, near the Baltic Sea. After all, the deputy mayor of Moscow and his ex-wife are natives of Estonia. It was in this country that at one time Liksutov began his business related to the supply and transshipment of Kuzbass coal in the port of Tallinn.

Then the businessman Liksutov worked together with Rustam Aksenenko, the son of the then Minister of Railways of the Russian Federation Nikolai Aksenenko, and then became a partner of Iskander Makhmudov, whose Kuzbassrazrezugol was the main supplier of its coal business. Later, Liksutov secured relations with Makhmudov through Andrei Bokarev, co-owner of Aeroexpress.

And, here is a wonderful coincidence, before that, the Baltic Marble Company was owned by Ekaterina Karandasova, who runs SK Megapolis LLC Solomon Gabliya. The latter was previously led by SMU-23 Metrostroy LLC, controlled by Mosmetrostroy JSC, which Iskander Makhmudov was engaged in at one time. On the good account of Gabliya and the Moscow City Hall: personally, Sergei Sobyanin thanked him for commissioning the next metro line. That is, we again see the trace of Maxim Liksutov? 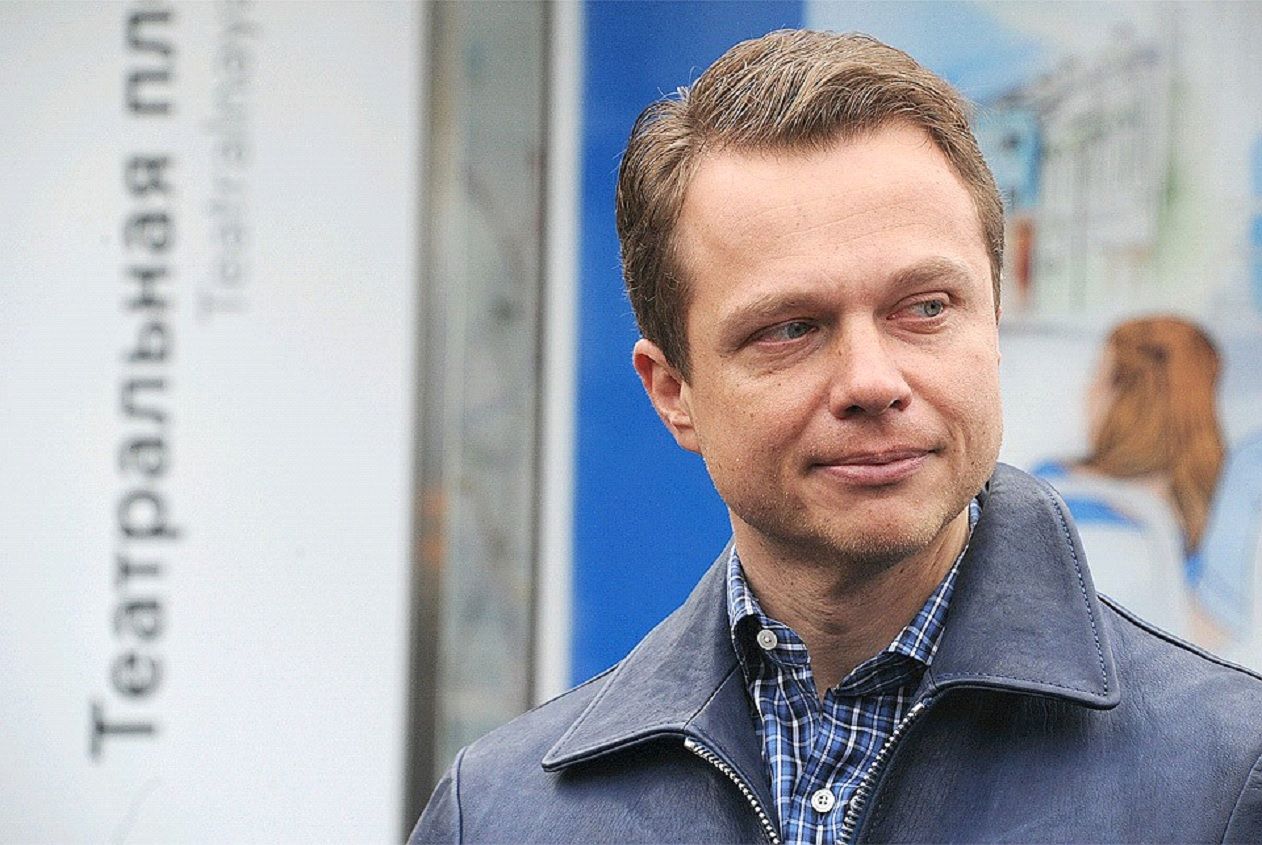 Madame Liksutova also does business with Sergey Glinka, with whom at one time her former husband started a coal business in the Baltic states. It turns out that all the former Maxim Liksutov "came together"!

And how to not recall how Makhmudov successfully develops his capital business - and his affairs went uphill just with the appointment of Liksutov to the civil service. The entrepreneur received in 2012 from the Moscow City Hall 51% of Mosmetrostroy. Eight years later, the mayor's office bought the company back, moreover, the company at that time was in serious losses - at the end of 2019, losses amounted to as much as 21 billion rubles. For the very year after which Mosmetrostroy was returned to the city hall, the profit went into "minus" by 19 billion rubles. Could the organization's funds be trivially mastered? In this case, Liksutov could be involved in this.

Liksutov himself was not at all alien to business until his appointment to the Moscow City Hall. And maybe not alien until now. According to The Moscow Post, the Estonian company TOR Properti was associated with a civil servant, which at the end of 2020 gained control of TG-Rail, which manages the hotel in Anapa. Given that the company has a foreign residence permit, money from it can be legally settled in foreign accounts.

The company has more than a dozen subsidiaries, including Aeroexpress, which is engaged in suburban rail transportation of passengers. By the way, it was Aeroexpress that Liksutov was engaged in before the start of his bureaucratic career. According to unconfirmed information, Tatyana Liksutova to this day may be a hidden beneficiary of the company.

At the same time, Aeroexpress has enough state ranks: it received 901 million rubles as a supplier, and gave 12 billion as a customer. And most of all, the company cooperates with Central Suburban Passenger Company JSC, whose work is supervised by just... Mr. Liksutov!

"Strings" from it lead to "TG-Rail." Earlier there, the head of the latter was Valeria Palant. This "effective" manager until September 15, 2021 was the general director at VP Invest Tatyana Liksutova. Is everything coming together?

Well, in this case, the former couple can earn simply colossal amounts. Earlier, under the control of the Liksutov family, was Transgroup AS, which was bankrupt by Stevedor Coal Company LLC, owned by Makhmudov. At the same time, Transgroup AS, in partnership with Russian Railways, established Railtransavto JSC, a carrier of cars by rail, where Liksutov was deputy chairman of the board of directors.

There is an opinion that the official may be involved in the success of MaximaTelecom. The company receives large contracts for the introduction of Wi-Fi in the subway and in transport, as well as for Internet advertising in the same networks. Earlier, The Moscow Post wrote in detail about how in March 2020, MaximaTelecom won a competition for advertising on Moscow's terrestrial Wi-Fi networks. Moreover, she appeared in the competition alone. Some associated this with the fact that Maxim Liksutov may be one of the hidden beneficiaries of the organization. It seems that the name of the company even hints at this.

Assuming that the official is really related to the above assets, then he should collect simply colossal amounts in his hands. Moreover, this money comes from the budget, that is, from our taxes. So, Liksutov, becoming an official, only expanded his business?