Where did 600 million rubles go for the reconstruction of the PPZ, why do Roscosmos enterprises sink in losses and here the people of Dmitry Rogozin?

According to the correspondent of The Moscow Post, the court's decision to recover more than 430 million rubles from the subsidiary of the state corporation Roscosmos, FSUE NPO Tekhnomash, came into force. The organization received this money for the reconstruction of the production of mixed solid fuel for the Perm Powder Plant (PPZ), one of the largest strategic enterprises in the country. The court decision in the case for 320 million rubles is available in the File Cabinet of arbitration cases.

However, no reconstruction in fact took place, and now the money allocated by the Ministry of Industry and Trade will have to be returned to the budget. Comments from the head of Roscosmos Dmitry Rogozin have not yet been received. But it is known that earlier he connected criminal cases in the industry with the previous leadership. Now, responsibility can fall on people from his inner circle. So, it will be difficult for Dmitry Olegovich to remove it from himself.

Interestingly, in court, representatives of Technomash did not dispute the fact of non-performance of work. But they indicated that the contractor's costs were to increase six (!) Times. In addition, the defendant was effectively deprived of permission to the construction site. The examination found that this is not so.

Later it turned out that her bank guarantee of Genbank turned out to be fake, and the bank itself later fell under reorganization altogether. It is likely that Moskapstroy LLC was just a front office for withdrawing money received under the contract with PPZ.

Today, Moskapstroy is in liquidation. Having received over 686 million rubles under state contracts, according to the results of 2020, the company's loss amounted to 753 thousand rubles. The reliability of the structure, according to Rusprofail, is assessed as low. How could the management of Technomash conclude a contract with such a company? 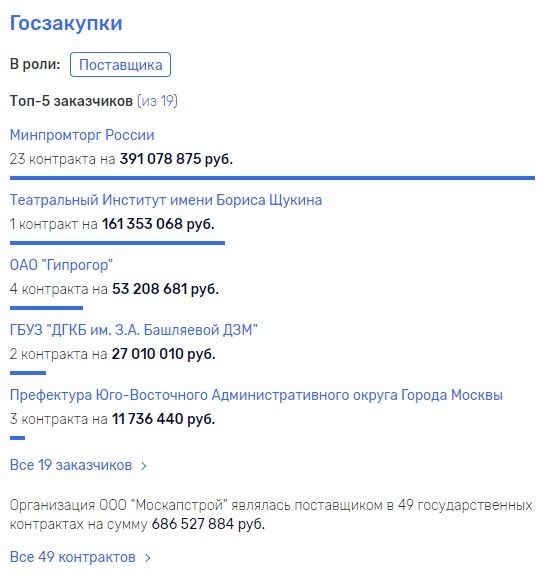 The whole situation with state contracts for the reconstruction of the PPZ began to develop in 2016, even when Dmitry Rogozin oversaw the military-industrial complex in the rank of deputy prime minister. The contract was concluded in 2017, and already in 2018 the PPZ lawsuit against Technomash followed, the decision on which entered into force. Then the general director of Technomash was Dmitry Panov. In 2019, a criminal case was opened, Panov was detained.

Experts note that the money withdrawal scheme used by the criminal group, which included Roscosmos officials, was popular back in the late 1990s. About this write Izvestia. But Mr. Rogozin himself became the general director of Roscosmos only in 2018, so he can easily say that he had not influenced the personnel policy of the corporation before. And in general it has nothing to do with it.

This statement looks doubtful, but here's what's interesting. Immediately after the detention of Panov, Dmitry Olegovich himself sent to lead Tekhnomash, as it is believed, a person close to himself, Vladimir Vlasyuk. Earlier, he was the general director of the strategic JSC Emerald (Vladivostok), which is part of the Roscosmos circuit.

Vlasyuk brought a new team to Tekhnomash, which, according to our source, literally "put" the existing state on its ears. Today, the enterprise is in huge cons. At the end of 2018 (when Vlasyuk was already filling the cases), the structure received a loss of 239 million rubles.

From the change of leadership at Technomash, the situation has not improved

Employees were offered to write applications for transfer to new departments, often with a demotion: the head of the department was offered the position of deputy or lead specialist, the deputy - a simple specialist. Of the 800 people, about 100 refused the transition and remained in the previous units. The dissenters were cut bonuses, which previously amounted to 50-80% of the salary. The one who received a premium of 25 thousand rubles. per month, began to receive 1000 rubles. About this write Vedomosti.

Against this background, the remaining employees began to remember what Mr. Vlasyuk had achieved in Emerald. And his achievements are dubious. The situation there reached the point that the employees of the enterprise began to turn to the top leadership of the country. Victoria Degalova, a member of the board of directors of the seaside enterprise, reached the President's direct line. She complained about leasing almost all the premises of the plant.

In addition, according to the authors of the Golden Bridge website, allegedly from her words, the head of the enterprise has an administrative punishment for a state order not completed on time. Instead of demolished workshops, Degalova pointed out, new Emerald areas are leased, the company turns into ruins, while the management regularly receives millions of salaries.

It is difficult to verify, since there are no Emerald financial reports for those years in the public domain - the enterprise is sensitive. And Victoria Degalova summed up her speech with the question: "Until when will the leadership positions of defense enterprises in our country be occupied by professionally unsuitable, incompetent people?" 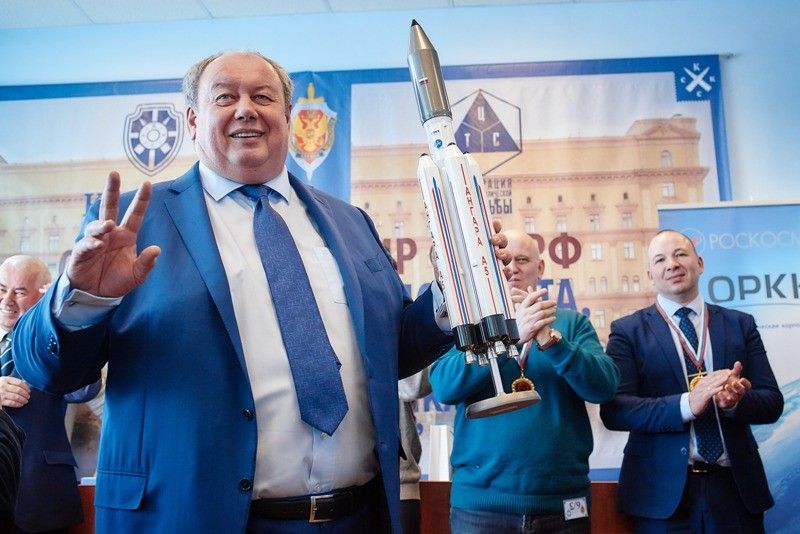 This question should be asked, first of all, to Dmitry Rogozin. Even before that, according to the authors of the Primorsky Reporter website, the allegedly minority shareholders of Emerald demanded that Vlasyuk be dismissed for disrupting the state order and "minus balances" of the enterprise, which it reached for the first time (!) In 50 years.

Thus, already under Mr. Vlasyuk, the Tekhnomash contract for reconstruction in the amount of 430 million rubles was to be implemented at the PPZ. In May 2019, under the fire of squall criticism, he was forced to leave the enterprise. However, his replacement caused even more skepticism among the team - he became a close associate of Dmitry Rogozin, Yuri Vlasov.

Prior to this, Yuri Vlasov from 2015 to 2018 headed the United Rocket and Space Corporation (ORKK), part of Roscosmos. Since 2018, he became an adviser to Dmitry Rogozin - that is, a very close person to him.

Many scandals at ORKK are associated with his name. As Versiya wrote, during the period of Vlasov's work, a number of checks were carried out there, according to the results of which 32 violations were revealed.

But this pales before the initiation of a criminal case on high treason in 2018. It was preceded by searches of FSB officers in the structural unit of the ORKK - "Central Scientific Research Institute of Mechanical Engineering" (FSUE TsNIImash).

Several dozen researchers of TsNIImash and other representatives of the industry were suspected at once in cooperation with Western special services. Allegedly, they transmitted data to the West under the heading "secret" about Russian developments of hypersonic weapons.

Dmitry Payson, director of the ORKK research and analytical center, could also be under investigation - it is believed that a person close to both Rogozin and his ex-adviser Vlasov. but Payson was not charged then, Interfax wrote about this. According to rumors, then Payson could be "helped" by people from the leadership of the state corporation.

Moreover, a number of sources connect Vlasov's transition from ORKK to Technomash with this high-profile scandal. Like, Rogozin could try to get a functionary close to himself out of attack. Given that there is no point in this case, and the facts of treason have not yet been confirmed by the court, this behavior looks strange. What were they afraid of?

Nevertheless, law enforcement officers have no complaints about ex-adviser Rogozin Vlasov. But there are complaints about another adviser, former journalist Ivan Safronov. He was detained on July 7, 2020, on the same day the Lefortovo court of Moscow placed him in custody. The FSB imposes on Safronov the transfer of secret information to one of the NATO special services. The defense of the accused previously stated that investigators suspected him of working for the Czech special services. About this writes RIA Novosti. 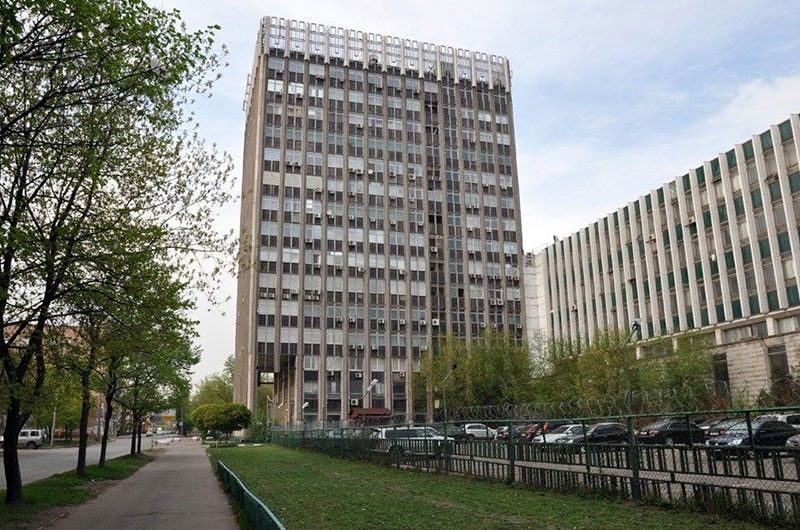 Are there not many cases of treason that may be related to people close to Rogozin? But in addition to the actual cases of treason, there is also banal corruption. Another former close Rogozin, the former head of the Energia Rocket and Space Corporation Vladimir Solntsev, is under investigation. About this write Gazeta.ru. https://www.gazeta.ru/business/news/2021/05/26/n_16023116.shtml

The case was initiated on the grounds of theft of more than 1 billion rubles in the supply of an electronic component base for a scientific and energy module (NEM) not yet installed on the International Space Station (ISS). Losses of RSC Energia according to the results of the last known report for 2018 amounted to 2.2 billion rubles. And this is in the presence of state contracts for 440 million rubles.

Other criminal cases are also heard by everyone. How much money has been stolen since 2018, when Rogozin became the head of Roscosmos, at the construction of the Vostochny cosmodrome? It seems hard to calculate. But time and again Dmitry Olegovich has nothing to do with it. But it is known that he began to oversee the construction even before joining the post of general director of Roscosmos. Namely, in 2014, when he headed the construction control commission.