Deputy Chairman of the Government of Victoria Abramchenko, it seems, cannot "disown" his past in Rosreestr, whose work was recently harshly criticized by the Accounts Chamber.

According to the correspondent of The Moscow Post, according to the conclusions of the Accounts Chamber, Rosreestr delayed the commissioning of the Federal State Information System for maintaining the Unified State Register of Real Estate (FGIS USRN) for almost four years. At the same time, the FGIS subsystems are already in need of modernization, but 1.6 billion rubles were allocated for the project. The introduction took place at the time when Rosreestr was headed by the current deputy chairman of the government, Victoria Abramchenko, so she is unlikely to avoid certain questions about her. Moreover, now the ex-adviser to Abramchenko Parviz Tukhtasunov, who is credited with close relations with the official, was checked for the use of fraudulent schemes at the time of the introduction of the USRN FGIS as part of an organized group.

According to the report of the Accounts Chamber in 2017, the system was launched only formally, and the actual implementation in all regions occurred only in October 2020. At the same time, auditors note frequent malfunctions in the operation of Rosreestr services, which led to massive violations of the term for the provision of public services. And there is no guarantee that these failures will not be repeated.

By the way, about 1.6 billion rubles were spent on creating the FGIS USRN software from 2014 to 2020. It is interesting, of course, to find out where such solid amounts went in the end. As it may seem from the outside, the budget was banally "sawed": the terms of state contracts were initially set unreasonably short, which led to their non-compliance, but the money, of course, managed to be on the contractor's accounts.

Another problem was the late transfer of data from legacy systems to FGIS USRN due to insufficient software quality. From the executors of state contracts for the development of FGIS USRN subsystems, a penalty of only 105 million rubles was withheld. (6.6% of the total price), which, as the auditors of the Accounts Chamber calculated, "is incommensurable with the consequences of breach of obligations."

And all this happened under the direct leadership of Victoria Abramchenko, who headed the department from the fall of 2016 to January 2020. In October 2020, she presented the FGIS USRN as "a unique system; fully domestic development, independent of any sanctions. " According to her, the transition to the new USRN system closed the "back gates," through which developers changed the land categories in the documents and increased their area. However, as we see now, it seems that in Rosreestr itself these "back wickets" were open. And Abramchenko, presumably, was well aware of everything.

Got a job in a "warm" place

Last fall, investigators called for interrogation the former head of the Federal Cadastral Chamber Parviz Tukhtasunov. The official was checked for involvement in corruption schemes implemented during the implementation of the FGIS USRN as part of an organized group, PASMI wrote.

The initiation of a criminal case, the defendant of which is Parviz Tukhtasunov, was preceded by an FSB audit. According to the special services, Tukhtasunov could be the initiator of the creation of a corruption model, which allowed its participants to receive up to 25% of kickbacks from agency contractors.

If Tukhtasunov is charged with corruption, then questions will inevitably appear to Abramchenko. There are persistent rumors that they have a very close relationship. The very appearance of the official in Rosreestr allegedly happened only thanks to Abramchenko. By the way, as Novye Izvestia wrote, Tukhtasunov is a gynecologist by profession, so the question naturally arises: how did he even find himself in the civil service? 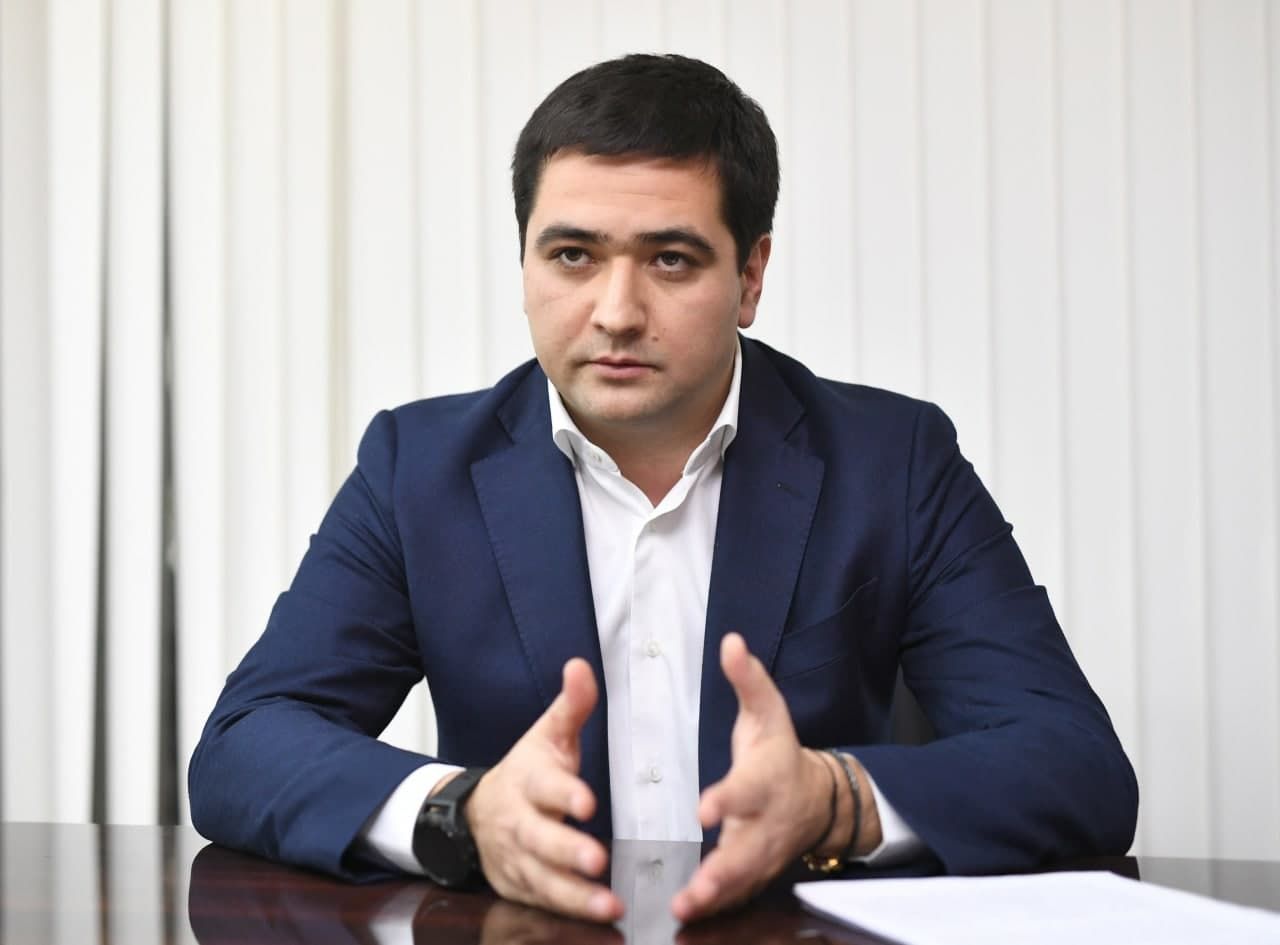 But if you study his work biography, the figure of the current deputy prime minister is clearly visible there. In 2016, Tukhtasunov was employed for a couple of months as deputy director of the management apparatus at the Federal State Budgetary Institution "Rosselkhozemlemonitoring." Just at that time, Victoria Abramchenko served as deputy minister of agriculture.

Having moved to Rosreestr, Abramchenko took Tukhtasunov with her, making him her adviser. In November 2018, 33-year-old Parviz Konstantinovich became director of the Cadastral Chamber of Russia. The order was signed by the then head of the Ministry of Economic Development Maxim Oreshkin, the direct head of Abramchenko, on whom she allegedly could have some influence.

In the new position, Tukhtasunov managed to pander, as they say, "from the threshold." In 2018, chamber employees published an open letter in which they called the new head the organizer of a corruption scheme to receive money for reducing the cadastral value of various expensive real estate, PASMI wrote. However, then the story was quickly "hushed" - presumably, not without the participation of Mrs. Abramchenko?

They say that very often solves issues with Tukhtasunov, the assistant to the head of the Office for the Moscow Region, Gleb Fomin, whom the hearers also consider to be a protégé of Abramchenko. Allegedly, he is the first person in Rosreestr near Moscow. However, according to the authors of the site Russian Crime, allegedly Mr. Fomin in the past has been prosecuted more than once - for extortion, fraud and the threat of murder. And how did you manage to end up in the civil service with such a track record?

But "under the wing" at Abramchenko, it seems, you can do almost anything. About the deputy prime minister generally goes fame as an ardent defender of "her own." Recall at least the story of the abolition of the sentence of the ex-employee of Rosreestr Lyudmila Osipova in the case of abuse of authority. The investigation believed that the official illegally registered half of the area of ​ ​ the main building of a private university - the Ural Financial and Legal Institute. Thanks to the actions of Osipova, the owner of the real estate according to the documents was Angela Vinogradova, the former wife of the owner of the institute Vladislav Nazarov. Earlier, The Moscow Post wrote in detail about this.

Now Ms. Abramchenko seems to be more busy trying to save her close friend Tukhtasunov. And, it seems, anxiety for her protégé does not affect the work of the deputy chairman of the government in the best way: as Business Online https://www.business-gazeta.ru/news/486970 wrote, Abramchenko did not fulfill as much as 95% of the president's instructions given to her! We are talking about 283 outstanding orders out of 298. Is her thoughts busy with something else?

But the questions for the work of Rosreestr are really full. For example, a few years ago, the Association of Russian Banks complained about the difficulties with issuing mortgages. The problems allegedly arose just because Rosreestr did not implement the provision of information from the USRN in the form of statements that would contain information about real estate, Vedomosti reported. 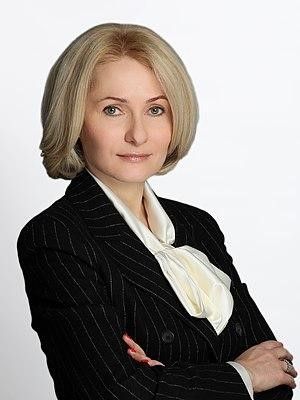 "Caught" Rosreestr on classified information about real estate of high-ranking officials and businessmen. I recall the story of how initially the sons of the Prosecutor General of Russia Yuri Chaika were indicated by the owners of certain real estate, but after anti-corruption officials published statements from Rosreestr in which these objects appeared, the department began to indicate encrypted abbreviations instead of the names of copyright holders. Later, Rosreestr's statements also disappeared this information, Dozhd reported (recognized as a foreign agent in the Russian Federation). Abramchenko was asked to "rig" information from curious eyes?

We can talk endlessly about claims to the work of Rosreestr in the regions - these are bureaucratic delays, and far from always cordial attitude towards citizens trying to draw up documents, and many other points.

Just after the news about the criticism of the Accounts Chamber against Rosreestr, it became known that the organization's office building was arrested in Moscow for failure to pay fines for traffic. That is, the government institution has accumulated such a number of fines for incorrect parking, (and this is about 5 thousand rubles apiece) that the bailiffs seized the building of the central apparatus. Observers took this only as a definite sign of Abramchenko.

What to say, "calls" for the deputy prime minister have already gathered enough. But they said that she left Rosreestr for a reason - allegedly in this way she tried to protect herself from the close attention of law enforcement officers. But, as we see now, it seems that the past has begun to catch up with Abramchenko.