Not the "mafia," but the corporate style

The head of the North-Western Directorate of the Federal Fisheries Agency, Alexander Khristenko, fully adopted the leadership style from his chief Ilya Shestakov.

Local fishermen turned to the editorial office of The Moscow Post who claim that the heads and the SZU Rosrybolovstvo can work in the interests of certain companies. Similar suspicions sounded at him while he worked in the Far East.

A reader wrote a letter to us, who, on condition of anonymity, told how Alexander Khristenko, who in 2019 became the head of the North-West Territorial Administration of the Federal Fisheries Agency, seems to have begun to establish his orders in the Leningrad region. Local fishermen complain that they faced problems in obtaining permits to catch smelt: very soon Putin begins, but fishermen still do not have the necessary documents. The NWTU also took a new look at the fishing rules, which risks a significant reduction in catch for two dozen companies and individual entrepreneurs engaged in fishing and processing fish at the mouths of the Volkhov, Sya and Svir rivers.

On April 6, a meeting of fishermen with agrarian vice-governor Oleg Malashchenko, Alexander Khristenko, head of the fish protection department in St. Petersburg and the Leningrad region Viktor Ignatiev and a representative of the Volga-Balt FBU took place in Novaya Ladoga. The meeting took place, as the reader of The Moscow Post reports, as they say, "on needles," but did not really lead to anything. As a result, officials even retired from the event, saying that they did not want to participate in the booth - they would soon hold a new meeting, but this time only with representatives of enterprises.

What happened? For decades, the established catch rules in Novaya Ladoga suddenly decided to change from the easy hand of Khristenko, who at the end of 2019 came to work in the region. In particular, SZTU wants to increase the distance between the main fishing instruments - merezhes (a special design covered with a net) - which will inevitably reduce the volume of the catch. In addition, the department wants to oblige to record the weight and type of fish in the log directly in the boat, and after each operation to lift the mezzanine on board. How to do this on the water, in a small boat, is not very clear yet.

To the heap, allegedly over the past weeks, none of the fishermen were ever given permission to install fishing gear in the Volga-Balt FBU. And letters sent for approval are returned time and time again with different wording of the refusal. If there is no permission, then a decent fine (from 20 rubles for the "tail") and confiscation of the ship. But time does not wait: Putin is about to begin, and in May the traditional smelt festival will take place in the region. According to experience, mid-April is the deadline when you need to start putting measures. It seems that this time there will be no smelt, no celebration... 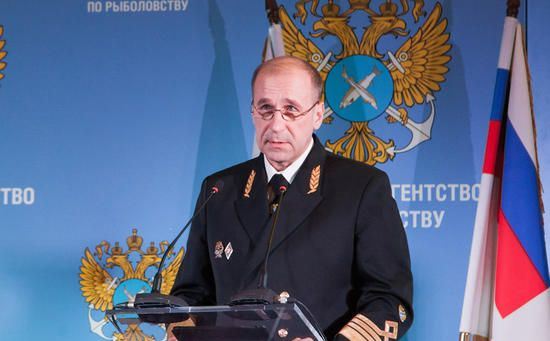 Fishermen themselves see this as nothing more than an attempt to create preferences for certain companies. There is another nuance in this story - quotas for catching a ship and a cigar. Those who won them at the auction should catch at least 70% of the quota. In 2021, many companies received letters about the termination of contracts due to a shortage. That is, now many fishermen are in a situation that they have nothing to even compensate for the smelt that probably failed Putin.

Not again, but again?

The situation that is now emerging in the Leningrad region is not isolated. In particular, fishermen in the Far East have already encountered similar problems. There, as the head of the regional Rosrybolovstvo, Mr. Khristenko suddenly found himself in 2014.

At the beginning of 2019, indigenous representatives complained about Rosrybolovstvo's unfounded refusals to fish in their native land, as Regnum reported. Reminds the situation with fishermen in the Leningrad region, doesn't it? At the same time, according to indigenous representatives, the agency does not limit other fishing enthusiasts, including foreigners. Later, even the Prosecutor General's Office recognized the illegality of the actions of the Kamchatka department of the Federal Fisheries Agency when issuing permits for the catch of pollock, Kam.24 reported.

In 2018, Kamchatka was literally littered with salmon. According to Novaya Gazeta, almost half a million tons of fish were caught that year, which has not happened in the previous 110 years. It got to the point that the discarded catch even fell on the side of the roads, although for some reason such unusually successful fishing did not affect prices in stores. It even reached the clashes of the Aborigines with the fish inspection and security forces! Despite this, Khristenko was awarded a departmental medal.

In addition, as Novaya Gazeta wrote, Khristenko had a special relationship with businessman Irshat Shaikhov, whom in 2016 he arranged with his assistant. Coincidentally, after that, the Bolshaya River association appeared in the Ust-Bolsheretsky district, within the framework of which brigades were formed from full-time inspectors of Rosrybolovstvo and social activists from different regions of the country. In Kamchatka, they behaved mistakenly: they drove local residents on rivers with rubber boats and several hunchback tails.

By the way, Khristenko's former "merits" at the other end of Russia may come to him. The fact is that the Cypriot authorities extradited to Russia a former adviser to the head of the Federal Fisheries Agency Yuri Khokhlov, who is accused of fraud for $7 million. Among other things, the former official is credited with "trading" the chair of the rector of the Kamchatka State Technical University, which is subordinate to Rosrybolovstvo. There are rumors that Mr. Khokhlov allegedly could act in the interests of Khristenko, as The Moscow Post previously told in detail.

However, Mr. Khristenko, as it may seem from the outside, is not afraid of anything - so he continues to work in the "corporate" style already in the Leningrad Region. By the way, he had previously worked in the region as the head of the administration of the Toksovsky settlement. From there, in fact, he moved to the Far East. This looked somewhat strange, because, according to 47news, his appointment acting The head of the administration of the Toksovsky settlement was preceded by "practically war." The fact is that a criminal case was instituted against his predecessor Leonid Kolesnik - and, according to rumors, for a reason.

And Khristenko had nothing to do with the fishing industry before his appointment to the Far Eastern Rosrybolovstvo - he worked in military structures, headed security companies, and briefly visited the acting head of Toksovo.

His appearance in Rosrybolovstvo is associated with Vasily Shestakov, the father of Igor Shestakov, who at that time was a State Duma deputy. The last rumor was connected with Vladimir Putin - he trained in the Trud society together with the president and the Rotenberg brothers, as reported by Fontanka. However, in the "friends" of the head of state, who only does not try to "fit in," but in fact, this is often not even close to reality. Although, many who crossed paths with Putin, then proudly call themselves his friends, but, as a rule, in fact, this is not at all...

In 2014, the son of deputy Shestakov Ilya headed the Federal Agency for Rosrybolovstvo. And then "restore order" to the Far East and sent Khristenko. It seems, or are these events somehow connected?

In this case, it was the Shestakov family that could help Khristenko get away from unnecessary questions in the Far East. It can be assumed that mutual understanding has developed between the heroes, because the Shestakov also have a special "talent" to get into scandals.

In particular, in the fall of 2014, the Russian Union of Industrialists and Entrepreneurs asked to pick up seaside fishing ports from FSUE Natsrybresurs, subordinate to Rosrybolovstvo. It turned out that the seaside ports for years transferred money for rent to FSUE, although the company was actually supposed to organize repairs to the port, but in reality the work did not even begin. 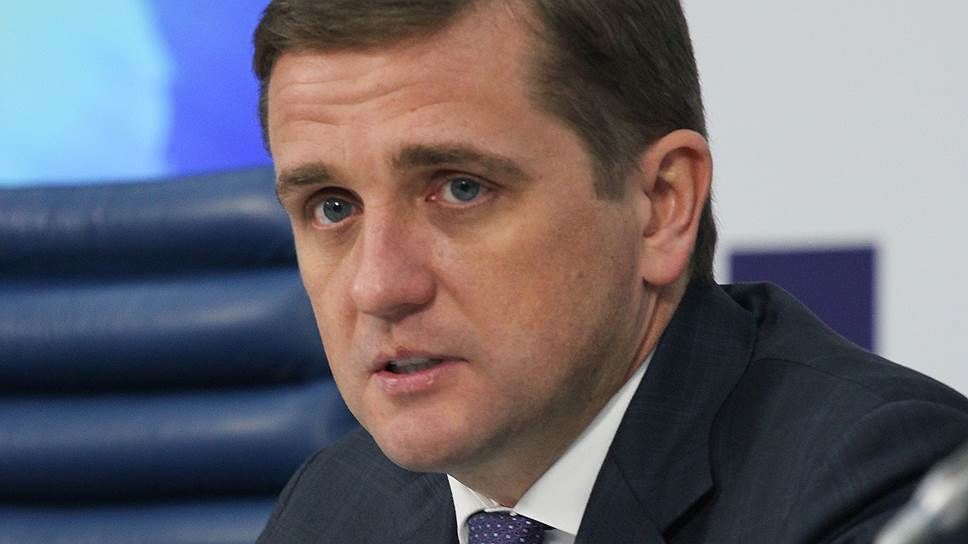 Shestakov's activities raised questions with law enforcement officers in 2015, when Vladimir Sokolov, deputy head of the Federal Fisheries Agency, was invited for interrogation. According to Izvestia, the event was officially associated with the crash of the Far East trawler, but, they say, Sokolov was asked in sufficient detail about Shestakov.

Ill-wishers reproached Shestakov Jr. for lobbying for the distribution of quotas for the capture of valuable fish and crab in the interests of large businessmen. Among others, the name of the fish industrialist Gleb Frank was called. He, in turn, is the son-in-law of Gennady Timchenko, who co-founded the Yavara-Neva judo club along with Shestakov Sr. All this does not seem like a simple coincidence.

Is it necessary to say that the son went to his father? After all, Vasily Shestakov is periodically seen in scandalous stories. For example, in 2013, the International Sambo Federation (FIAS), where he is president, met with an organized confrontation between other leaders of the federation. They even complained to the prosecutor's office - they say, he carried out financial fraud in a sports organization.

A very entertaining team seems to have formed in Rosrybolovstvo. And Khristenko fits in perfectly. considering all the scandalous stories that arise around him. But will this continue for a long time? That Far East, now the Leningrad region...

When they talk about the existence of a certain "mafia" in a particular department, such statements cause nothing more than a smile. It's not the mafia. This is a corporate style.