About the former, Liksutov and marble

Colossal income to the deputy mayor Maxim Liksutov can provide a profitable partnership of his former wife with his former business partners.

Our colleagues from the UtroNews edition released material in which could lift the veil of secrecy of record income of the Deputy Mayor of Moscow Maxim Liksutov. Over the past year, he managed to earn a fabulous 216 million rubles, increasing his income for the year already six times. At the same time, in parallel with this, his ex-wife Tatyana Liksutova is actively expanding her business - she recently began selling marble, as well as transshipment of goods in Kaliningrad. At the same time, she prefers to conduct business with other "former" Liksutov - partners, as well as people from Iskander Makhmudov's entourage.

The source of Mr. Liksutov's income was understood by the correspondent of The Moscow Post.

Compared to the declaration for 2019, the document for 2020 does not contain two non-residential premises (234.5 and 192 sq. M.), Which were previously owned by Maxim Liksutov. Spokeswoman Alena Eremina explained that last year the official sold apartments in the City, which explains the bulk of the income. But the fact is that no apartments appeared in Liksutov's declaration. So who were they recorded on?

The ex-wife of the deputy mayor comes to mind, the divorce from which some consider fictitious. And indeed, breaking the bonds of marriage, Tatyana Liksutova suddenly actively engaged in business - was she really "inspired" by the divorce?

This summer, Ms. Liksutova, through the company Aprika Style LLC, acquired Kaliningrad Baltic Marble Company LLC, which is engaged in stone and transshipment of goods. This purchase replenished the portfolio of its Kaliningrad assets - in the spring, through the same Aprika Style, it became the founder of Terminal Zapadny LLC and Novik Terminal LLC, which is a resident of the special economic zone. Both companies are engaged in transshipment of goods. This indicates that Liksutova's business interests are concentrated in the Kaliningrad port.

Well, you could explain this by the desire to be closer to your native lands - Ms. Liksutova is an Estonian citizen. Her former husband also comes from the Baltic states, but for the sake of a political career, he refused second citizenship. However, in Estonia he has enough connections: back in the 90s he began his coal business there, which was associated with the supply and transshipment of Kuzbass coal in the port of Tallinn. Partners were engaged in coal exports and were unlikely to sail past the Kaliningrad port, where Tatyana Liksutova is now being equipped.

At one time, businessman Liksutov worked together with Rustam Aksenenko, the son of the then Minister of Railways of the Russian Federation Nikolai Aksenenko, and then became a partner of Iskander Makhmudov, whose Kuzbassrazrezugol was the main supplier of its coal business. Later, the future official also secured relations with Makhmudov through Andrei Bokarev, co-owner of Aeroexpress.

In view of this, it seems no coincidence that Tatyana Liksutova suddenly found herself connected with Makhmudov. Earlier, the Baltic Marble Company was owned by Ekaterina Karandasova, who runs SK Megapolis LLC Solomon Gabliya. The latter was previously led by SMU-23 Metrostroy LLC, controlled by Mosmetrostroy JSC, which Iskander Makhmudov was engaged in at one time. On the good account of Gabliya and the Moscow City Hall: personally, the Moscow mayor announced his gratitude for the commissioning of the next metro line.

In addition, Liksutova also does business with Sergey Glinka, with whom her ex-husband once started a coal business in the Baltic states. 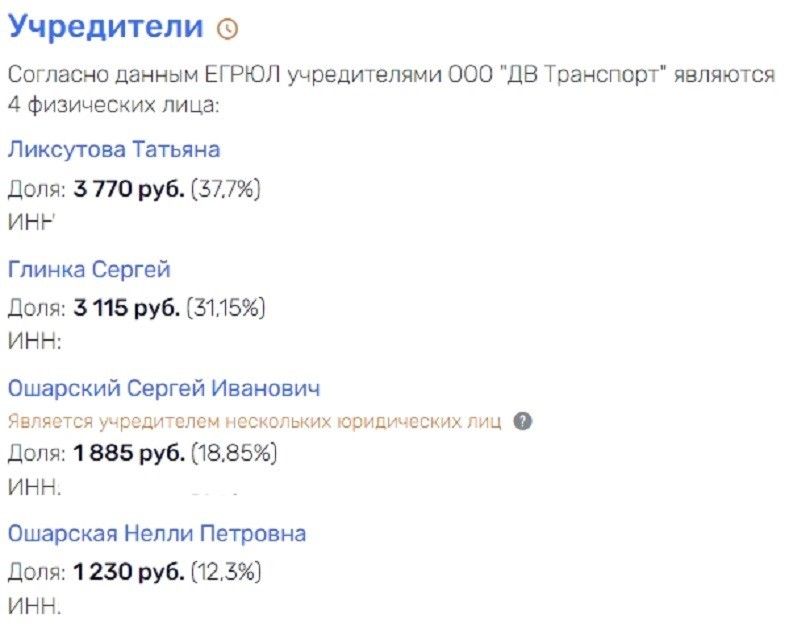 All these facts fall perfectly into the root of rumors that Mr. Liksutov has not far left both business and his ex-wife. And although before coming to the service of Sergei Semenovich, he defiantly said goodbye to his business assets, there was talk that he was still actively participating in them.

If we assume that Liksutova really does business in the interests of her ex, then she does not do it very successfully. For example, VP Invest LLC controlled by it, with zero revenue, has losses of 69 thousand rubles, and Tverskaya Express, with revenue of 450 million rubles in the "minus" by 67 million. And this is precisely her "merit": in the case of the Tver Express, financial indicators fell just after her name appeared on the list of founders.

A similar "karma" overtook another person who was not alien to Liksutov - Iskander Makhmudov. The entrepreneur received in 2012 from the Moscow City Hall 51% of Mosmetrostroy. Eight years later, the mayor's office bought the company back, moreover, the company at that time was in serious losses - at the end of 2019, the profit was in the "minus" by as much as 21 billion rubles. For the very year after which Mosmetrostroy was returned to the city hall, the loss of the enterprise increased by 19 billion rubles.

And all this suggests that Mosmetrostroy's funds could be banally "mastered," and then decided to close the resulting "hole" at the expense of our taxes, because the mayor's office bought the company at a budget expense.

Maxim Liksutov himself can actively engage in business. Earlier, The Moscow Post wrote in detail that the Estonian company TOR Properti was associated with the official, which at the end of 2020 gained control of TG-Rail, which manages the hotel in Anapa. Given that the company has a foreign residence permit, money from it can be legally settled in foreign accounts.

And this money, surprise. can also be budget. The organization has more than a dozen "daughters," including Aeroexpress, which is engaged in suburban railway transportation of passengers. By the way, it was Aeroexpress that Liksutov was engaged in before the start of his bureaucratic career. According to unconfirmed information, Tatyana Liksutova to this day may be a hidden beneficiary of the company.

At the same time, Aeroexpress has enough state ranks: it received 901 million rubles as a supplier, and gave 12 billion as a customer. And the "favorite wife" of the company is JSC "Central Suburban Passenger Company," whose work is supervised just... Mr. Liksutov!

Among the assets of TOR Properti is also Delta Trans Invest LLC, which, together with Russian Railways, is the founder of Moscow-Tver Suburban Passenger Company JSC, which was signed off by state contracts in the amount of 2.3 billion rubles. Also, other "daughters" of the organization are actively engaged in the rental of non-residential premises. on which tens of millions were also earned. And they were received from government agencies - Russian Railways and St. Petersburg Heating Network JSC.

But back to TG-Rail. Earlier there, the head of TG-Rail was Valeria Palant. This "effective" manager until September 15, 2021 was the general director in the unprofitable VP Invest Tatyana Liksutova.

And it no longer seems a coincidence that TG-Rail LLC is also engaged in railway transportation. What to say, the passion for railway topics seems not to be trying to hide. And Mr. Liksutov just at one time successfully got on the "rails" that led him to the post of deputy Sobyanin.

At the same time, while Liksutov was still on the way to a high position, he managed to earn excellent extra money. Earlier, under the control of his family was Transgroup AS, which was bankrupted by Stevedor Coal Company LLC, owned by Makhmudov. At the same time, Transgroup AS, in partnership with Russian Railways, established Railtransavto JSC, a carrier of cars by rail, where Liksutov was deputy chairman of the board of directors.

The company associated with Liksutov received contracts for 3.5 billion rubles, the bulk of which was allocated by the subsidiary of the monopolist LLC Zhefko (subsidiary of Russian Railways). By the way, the latter belongs to the French joint-stock company Zhefko. Somehow a lot of foreign traces in Liksutov's business biography, right? 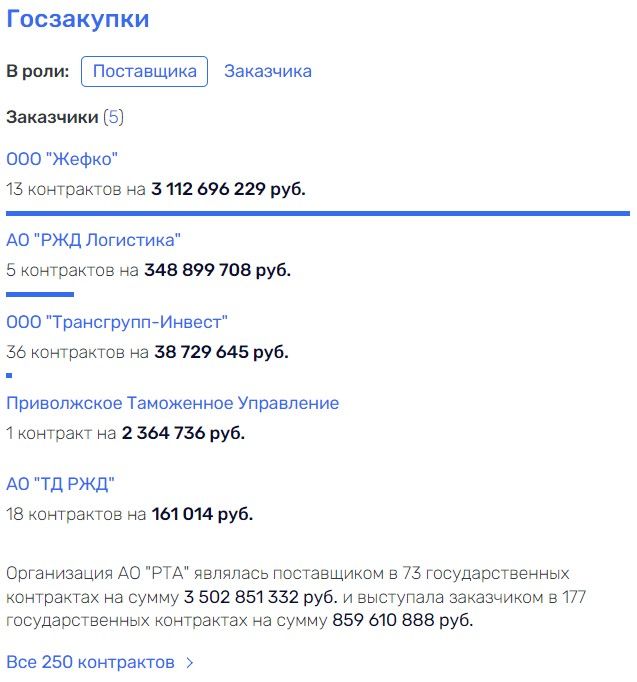 Now in Moscow there is an active digitalization of the transport sector, for which colossal amounts are allocated. There is an opinion that Liksutov may be related to companies that have received large contracts for the introduction of Wi-Fi in the metro and transport, as well as to Internet advertising in the same networks. Earlier, The Moscow Post wrote in detail about how in March 2020, MaximaTelecom won a competition for advertising on Moscow's terrestrial Wi-Fi networks. Moreover, she appeared in the competition alone.

According to Kommersant, the majority shareholders of MaximaTelecom are former president of the Citronics concern Sergey Aslanyan and entrepreneur Aleko Kricheli. It is also known that almost 30% of the company is owned by Envizhn Group CJSC, which until 2014 was controlled by AFK Sistema Vladimir Yevtushenkov. Otherwise, the structure of the shareholders of MaximaTelecom has always raised questions, it was too mysterious.

All this was the reason for talk that Maxim Liksutov could be one of the hidden beneficiaries of the organization. It seems that the name of the IT company even hints at this...

Moreover, according to the General Newspaper, in 2018, Estonian citizen Urmo Wallner, an old acquaintance of Liksutov, became the beneficiary of the company.

What to say, the business attributed to Liksutov is really an entire "empire." But what about his immediate duties as deputy mayor of the capital, overseeing transport? And there everything is by no means smooth.

Recall at least the story of stuck electric buses, about 30 pieces of which were supposed to appear in the capital by September 1, 2018. In fact, by the beginning of the movement of electric buses on the line there were only nine, and the rest were lost somewhere.

A similar fate befell river trams, which wanted to launch in 2021. After that, there was talk of the allegedly existing "river mafia" in Moscow, which actually controls all water transportation along the Moscow River. According to unconfirmed information, it was in her interests that the story of river trams could be slipped.

And this raises great questions about how security issues are respected in a supposedly informal association. Moreover, many still remember the collision of two ships in the area of ​ ​ Luzhnetskaya embankment in 2018. Then several people out of 20 passengers were injured on the Snegiri-2 ship, and the captain of the ship was very drunk.

And this raises great questions about how security issues are respected in a supposedly informal association. Moreover, many still remember the collision of two ships in the area of ​ ​ Luzhnetskaya embankment in 2018. Then several people out of 20 passengers were injured on the Snegiri-2 ship, and the captain of the ship was very drunk.

But Mr. Liksutov. it seems that the river theme is not very interesting. The wrong word is the railway and the metro, on whose budget rails he at one time so successfully got up. And still rolling?