Accusing Russia of explosions in Vbretitsa, Czech Prime Minister Andrei Babis is trying to hide his own theft?

The scandal with the explosions in Vbretitsa could be a banal attempt to hide the possible theft of ammunition and other frauds that are attributed to Czech Prime Minister Andrei Babis. And then Russia?

According to the correspondent of The Moscow Post, an internal political scandal is rapidly developing in the Czech Republic amid Russia's accusations of involvement in explosions at an ammunition depot in Vbretitsa in 2014. A new version of what happened appeared - the destruction of warehouses could be a disguised attempt to hide the theft of ammunition. Such considerations were voiced by the President of the Czech Republic, Milos Zeman, and it cannot be said that they surprised someone.

No one was surprised by the revelations of the owner of the exploded ammunition, the Bogar businessman Emelyan Gebrev. It is assumed that he sold weapons to Ukraine, Syria and other countries - bypassing the Czech legislation itself. Why the society of the European country is not embarrassed that deadly smuggling to hot spots could go from its territory is a separate issue.

Recall that the Czech government seems to have seven Fridays this week. Initially, the accusations were directed against Russia - the explosions were attributed to the hand of the legendary "scouts" Boshirov and Petrov. And even if there was no real evidence that they had at least something to do with Russian government agencies - a narrative already exists. Many detractors of Russia are ready to believe in absolutely any nonsense, if shown by the BBC.

Later, when a heated diplomatic scandal erupted, Czech officials played back - it turned out that another version is banal carelessness in handling ammunition. However, the escalation flywheel has already been launched - 20 diplomats were immediately expelled from Czech diplomatic missions in the Russian Federation (response to 18 from the Czech Republic), in Europe they again began to talk about sanctions

Meanwhile, the current version of theft seems to have every right to exist. Moreover, it is fine to fall on the domestic political context in the Czech Republic itself. Note that the version of theft was voiced by Czech President Milos Zeman - he also noted that he himself has not yet adhered to any of the versions.

"Stigma in the gun"

Czech Prime Minister Andrei Babis, a man who has real political power in the Republic, was hit. It was he who was the main one who dispersed the thesis of the mythical "sabotage of the Russian special services." And it seems that he was digging a hole for himself, because in April the accusations were already made against him.

According to the TV channel Rossiya24, Andrey Babish was convicted of corruption. The European Commission found out that the politician violated the internal rules of the European Union: he combined the post of head of government and at the same time led a large company that received subsidies from the EU authorities. In any civilized country, this is called a conflict of interest - usually behind such body movements are large-scale corruption frauds tied to large government orders. Paid, logically, from the budget.

So far, no one has filed official charges against Babish. However, the scandal with the explosions in Vrbretitsa, which he so actively danced with the filing of older comrades from across the ocean, may bury his political career - if it does not end in prison at all for him. Is Babish glad that he raised this wave - already a rhetorical question.

What would Mr. Babish want to forget? Moreover, in the context of the heated domestic political scandal in the Czech Republic? Recall that Babis came to the premiership from the position of the head of the Ministry of Finance, and before that he was one of the largest Czech businessmen. Moreover, the current politician earned his fortune not by excessive labor and due to business grip, but by state subsidies for his own business.

Even then, in 2014, before Babis received support in the elections and after becoming Minister of Finance, he was one of the richest people in the Republic. Moreover, he ranked fifth on the global list of billionaires in terms of political influence compiled by Brookings Institution expert Darrel West.

It is significant that Babish's neighbor on the list was the former president of Ukraine, the scandalous oligarch Petro Poroshenko - another person whose monetary, and political capital was tied to the support of American and European partners.

According to RBC journalists, Babish owes his fortune to the agro-industrial concern Agrofert (Agrofert), of which he was previously the sole owner, and which he headed as general director before joining the public service. The holding included all the assets of Babish. And this, for a second, is about 250 different companies - not every oligarch, even Russian, can boast of this. These are mainly enterprises of agriculture, food and chemical industries.

In 2013, Babis also included the media business in his sphere of interest, having bought the MAFRA publishing house from the German company RBDV. The amount of the transaction was not disclosed, however, it is known that a year earlier MAFRA's net loss was 168.5 million crowns (about $8.5 million) with revenue of 2.57 billion crowns (about $130 million). Talk that money can be withdrawn from the country through such offices has been going on for a long time, even if there is no evidence of this. Now can we expect the topic to be "revealed"? 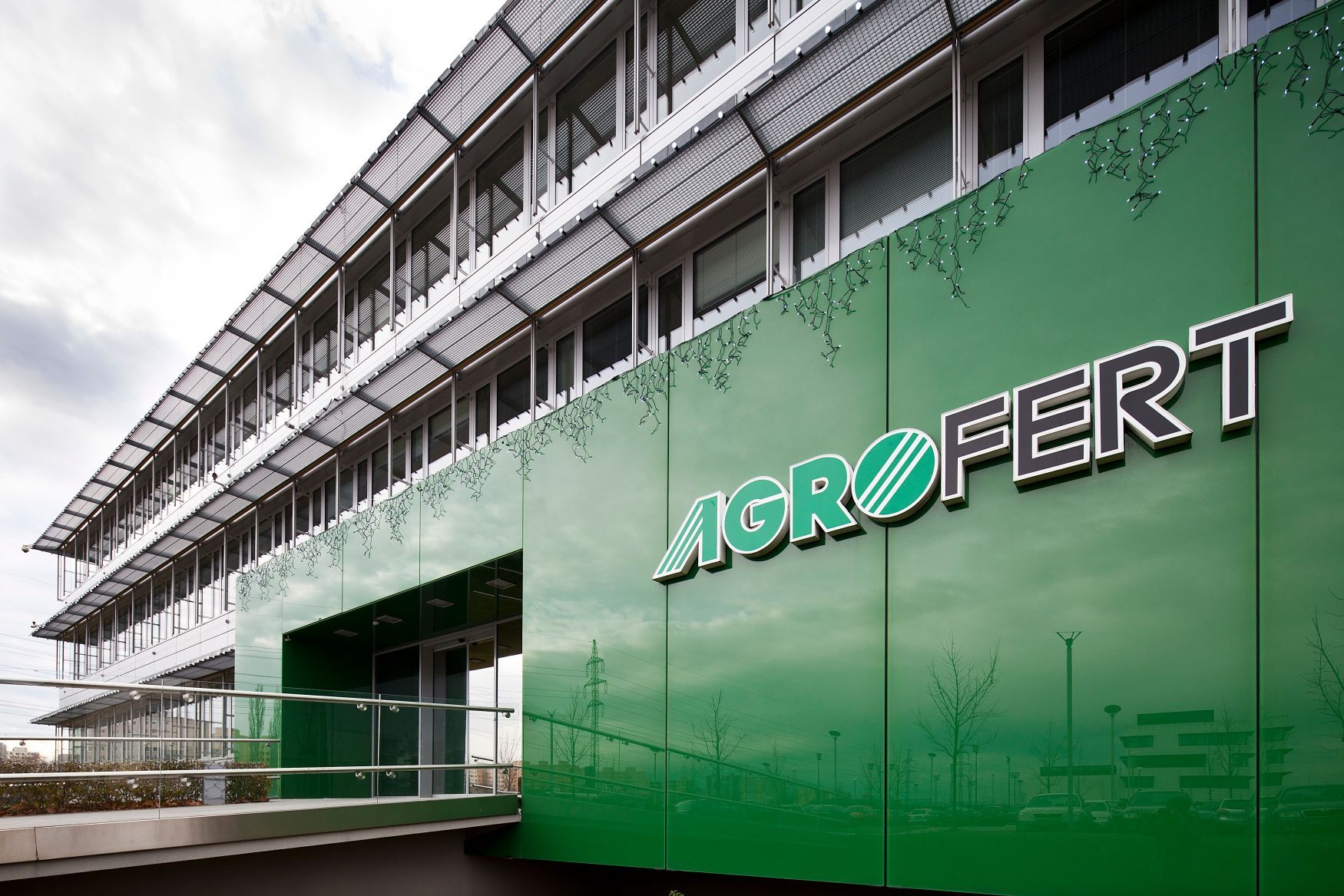 Explosion scandal - an attempt to divert the attention of society from claims to the business of Babisha, the holding "Agrofert"?

Today, the holding MAFRA publishes the Czech version of the Metro newspaper, one of the leading tabloids Mladá fronta Dnes and one of the oldest newspapers in the country Lidové noviny. In all these media, the thesis of the mythical participation of the Russian special services in the bombings in Vbretitsa is dispersed, while the Czech government is whitewashed with all its might. Comments, as they say, are unnecessary.

Andrei Babish owes his business empire in many ways to his father, Stefan Babish - it was he who helped his son build relations with business and state bodies even during the collapse of the Warsaw bloc. After that, together they were engaged in privatization for a penny of Czech enterprises - just like our native Russian oligarchs. But it is much more interesting that the current denunciator of Russia and Russian special services Andrei Babish in the past himself could actively cooperate with state security agencies - even before the collapse of the Soviet Union.

In 2013, the National Memorial Institute of Slovakia announced that Andrei Babis really worked for intelligence under the operational pseudonym "Bureš." However, 2013-2014 is an election period, and Babish tried to hush up this information.

A former employee of the special services, who in the documents passed as the curator of Babish, said that the documents presented by the institute were actually falsified, and the entrepreneur was not included in his agent network. This was written by the Czech newspaper Prague Post.

They say that to support this version, Babish had to pay a lot to a variety of interesting people, and the thesis about Babish's involvement in the work of special services was disadvantageous to American curators - after all, Babish is one of the brightest conductors of the Euro-Antalanic line in the Czech Republic.

Even before that, the Babish family actively participated in the privatization of state property, and companies, especially in the petrochemical sector, received large-scale preferences from the state. The 2008 crisis also brought them great benefits, when due to the flight of foreign investors, Agrofert began to fill this vacuum and received many assets.

Babish's problems did not begin after the scandal with the explosions in Vbretitsa, but even earlier. In 2018, a protest rally of thousands was held in Prague demanding the resignation of Prime Minister Andrei Babis. About 20 thousand people walked from Prague City to the Old City with EU flags. 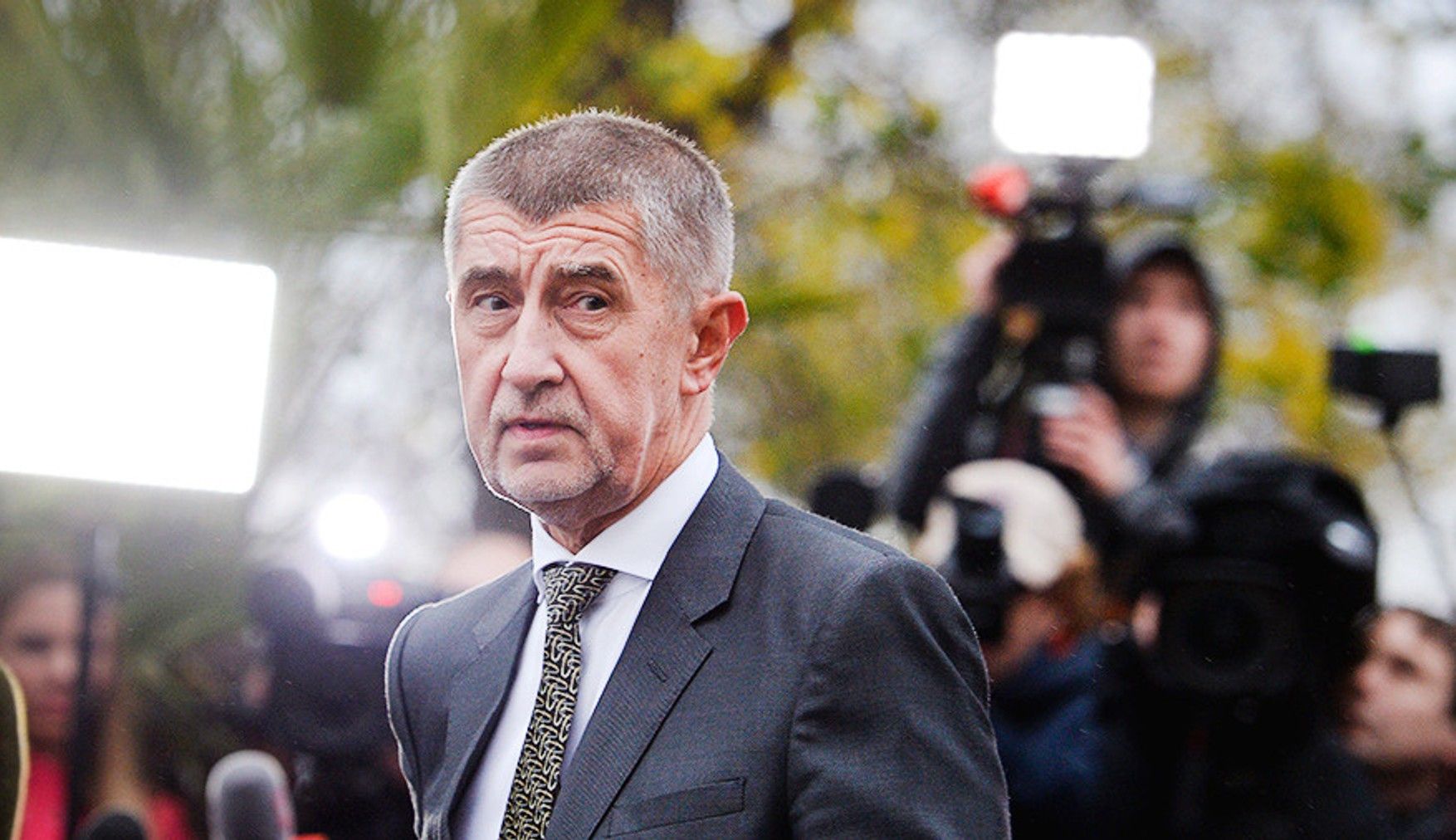 It will be very difficult to play back Andrei Babish

Andrei Babish is accused of misappropriating two million euros in 2007, which in 2007 the European Union allocated to support small businesses in the Czech Republic. The subsidy was received by the company "Nest Stork" (Čapí Hnízdo), the real owner of which was Babis. About this writes the publication "Medusa" (recognized as a foreign agent in the Russian Federation)

To get these funds, the company was formally removed from the Agrofert holding (it was owned by Babish), so that it fit the concept of small business. The new owners of the company were his son and daughter, as well as the future wife Monica and her brother. According to Czech journalists, the violation was confirmed by the European Commission against Fraud.

Just amazing perturbations. It is even funnier that the family of Andrei Babish said that his youngest son, Andrei Babish Jr., was allegedly taken to the Crimea so that he could not testify against his father. That is, the Russian trace was already there, even if in the end all this again did not receive confirmation.

Why almost everyone who accuses Russia of a variety of sins turns out to be a "stigma in a cannon" - think for yourself. But, again, Andrei Babish himself should not be happy with the scandal that he inflated. Instead of forgetting his own machinations, he received such attention to his activities that he could not "dream of." Now his insinuations are returned to him by the boomerang. It will be difficult to play back - is it time to write a statement "on your own"?