You will not hijack Misevra

How did entrepreneur Oleg Misevra manage to eliminate almost 40 violations in a few hours on the Sakhalin section controlled by him?

According to the correspondent of The Moscow Post in the Sakhalin Region, the work of the Solntsevsky coal mine was suspended after the collapse of the rock, but soon the company achieved the cancellation of this measure. But there the court found as many as 39 violations. It's just amazing how quickly businessmen Oleg Misevra and Alexander Nesis were able to rectify the situation on the main mining asset of the Eastern Mining Company. It is possible that the presidential envoy to the Far Eastern Federal District, Yuri Trutnev, could help entrepreneurs, with whose budget billions were previously allocated for the development of the section.

The collapse of rock into the valley of the Yellow River occurred on the night of July 10 near the warehouse of temporary storage of the Solntsevsky coal mine. To restore the flow of water in about one week, a bypass canal was built. However, to completely eliminate the consequences of the collapse, work will be carried out until the spring of 2022.

Taking into account the revealed violations of mandatory requirements in the field of industrial safety, protection of the population and territories from emergency situations, sanitary and epidemiological well-being of the population in relation to Solntsevsky Coal Mine LLC, a protocol was drawn up on a temporary ban on activities for a period of 30 days. According to TASS, the audit revealed the following violations: deviation from the design documentation, the annual plan for the development of mining operations, the staff of the society of geological and marketing services were not staffed. Mining works for trenches, ledge development and dumping are carried out with deviations from engineering and geological conditions.

But a few hours later there were reports that the company had successfully eliminated all these violations. That's the speed! According to Sakhalin.info, as a result, it was also quickly decided to lift the temporary ban on the activities of the Solntsevsky coal mine. Supervisory authorities imposed a fine of 750 thousand rubles on the enterprise.

All this cannot but raise certain questions - sometimes companies in whose work they found much fewer violations spend months to eliminate them. And then it's like some kind of magic happened by the maneuver of a magic wand. Or by order of someone?

It is possible that Yuri Trutnev himself could ask for the enterprise. Moreover, he has already done this: with the filing of the Deputy Prime Minister at the end of 2015, the Far East Development Fund approved an investment in the construction of infrastructure at the Solntsevskoye field owned by the Eastern Mining Company. The volume of state funding amounted to 2.8 billion rubles at 10.5% per annum for 10 years. In total, 36 billion rubles were invested in the scandalous project. 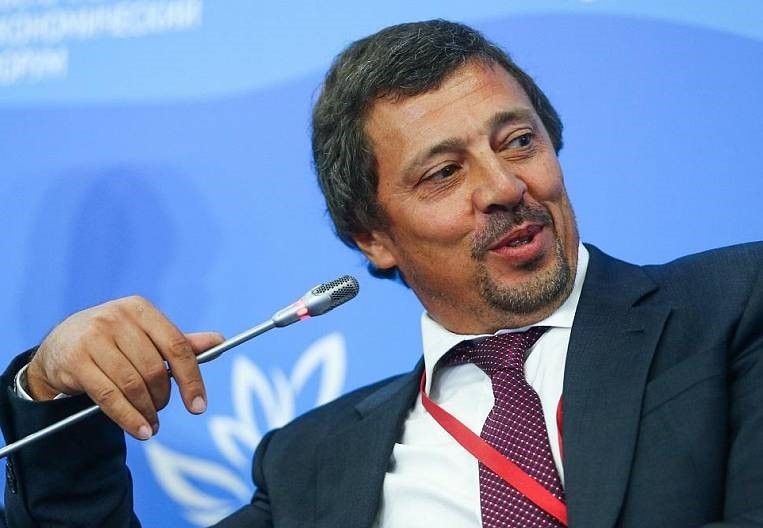 And such a tearful attitude of the plenipotentiary to the company may be explained by the fact that Andrei Motovilov, a long-time associate of Trutnev, works there. When he was the Perm governor, Motovilov worked as deputy general director of Uralkali, the largest enterprise in the Perm Territory. Since May 2006, Motovilov headed the city administration of the city of Berezniki, which is considered the estate of the enterprise, reported "Versiya".

We also add that one of the owners of the Eastern Mining Company, Alexander Nesis, controlled up to 15% of Uralkali. Is everything coming together?

Is the secret becoming clear?

Well, this could explain why the situation on the Solntsevsky section was able to be corrected so quickly. But in fact, there was a serious risk that they would not have known about her at all. According to the "East of Russia", the district administration reported that everything was in order and the situation was under control, the VGK published the same official answers. To attract the attention of all Sakhalin to the environmental problem, and after them the whole country, the municipal newspaper helped - or rather, the scandal associated with it. Earlier, The Moscow Post wrote about how company representatives tried to negotiate with journalists so that they would not release material on the problem.

According to the former head of the Uglegorsk News publication Zinaida Makarova in the telegram channel of the same name, on the eve of the publication of material on the situation on the Zheltaya River, two deputy general directors of the Supreme High Command Andrei Motovilov and Alexander Bosoy came to the editorial office to talk with Makarova. After which she was summoned to the city administration, and Mayor Sergei Doroshchuk handed over the dismissal order. Then a dozen people came to the editorial office, who actually blocked the possibility of the material going into the light by trivially cutting the wires.

This whole story turned into the resignation of Mr. Doroshchenko at the request of the regional governor Valery Limarenko. At the same time, the wording "Lenta.ru" gives an interesting one: Limarenko considered Doroshchuk's work in the municipality unsatisfactory, in particular, communication with residents suffered. Was that story with Uglegorsk News in mind? Well, yes, indeed, some strange communication comes out, if in fact you refuse to conduct any dialogue with the public.

And now questions may already appear to the beneficiary of the Supreme High Command Oleg Misevra, because even during the election campaign Doroshchuk had conversations that he was a protege of the entrepreneur. And judging by the latest news, it was most likely.

And Mesevra himself is by no means a simple person. It is enough to recall that he previously worked at the SUEK Andrei Melnichenko. Working there, at one time he made a sensational statement: the general director of Russian Coal, Yevgeny Varshavsky, using the connections of Mezhprombank, which owns the company, in the Prosecutor General's Office, blackmails him with arrest. In response, Warsaw sued Mr. Misevra for libel. As a result, a warrant for the arrest of Misevra himself appeared, which became the reason for his frankness, as "Kommersant" reported. However, that time the businessman was able to evade criminal attention.

Maybe because Misevra is a man of the head of Rostec, Sergei Chemezov. The market is well remembered when two years ago the state-owned company suddenly withdrew from the rare earth mining project at the Tomtorskoye field in Yakutia, and its share went to Cyprus Zaltama Holding Ltd, with which Misevra was associated. Earlier, The Moscow Post wrote in detail about this.

Misevra is generally quite tightly tied to offshore. The fact is that 99% of VGK is owned by the Cypriot ALTRASO VENTURE LTD. That is, the very billions written out of Trutnev's easy hand can legally settle on foreign accounts. But, according to "Rusprofail", the company is not even engaged in the extraction of raw materials, which does not prevent it from receiving huge amounts.

We also add that the enterprise has significant tax benefits: the Uglegorsky district operates in the mode of the so-called free port, offering benefits for income tax, property tax, social contributions.

It's amazing how good luck favors VGK! And state money is poured into it by the river, and it receives benefits, and the problems are solved lightning fast. However, it seems that the enterprise may have its own "godfather fairy," which these miracles provide. And this is Mr. Trutnev?