Who is letting Varshavsky 's finances "into action," and what is Timofey Kurgin doing here?

Is Timofey Kurgin, an accomplice in the murder of deputy Sergei Skorochkin, "authorized person" Vadim Varshavsky, sitting in a pre-trial detention center?

According to the correspondent of The Moscow Post, the prosecutor's office demands to recover almost 500 million rubles from a famous businessman, former State Duma deputy Vadim Warsaw. The supervisory authority appealed to the court, saying that the indicated amount should be recovered in order to compensate the state for non-payment of taxes. In 2019, the businessman was found guilty of concealing the profit tax of the Rostov Metallurgical Plant, for which he received three and a half years in prison. Later he was sentenced to another sentence, already in another case.

Vicious smokers claim that allegedly it is worth looking for funds from Timofey Kurgin, a businessman involved in the murder of deputy Sergei Skorochkin. The same gossip spreads ridiculous rumors that Kurgin, can lead Warsaw's affairs while he is in captivity. Meanwhile, Novaya Gazeta directly called Timofey Kurgin an authorized person who deals with the Warsaw problem.

Back in December the year before last, the court found Vadim Warsaw guilty of tax evasion on an especially large scale. According to the prosecution, being the general director of Rostov Electrometallurgical Plant LLC (the city of Shakhty, Rostov Region), Mr. Varshavsky instructed the chief accountant of the enterprise to enter deliberately false information in the tax declaration for 2014, resulting in an understatement of the taxable base on income tax. Now is it time to pay the bills?

And the time for Warsaw is not easy: only in this case he will receive 3.5 years in prison. In September of this year, the Zamoskvoretsky District Court of Moscow also found Vadim Varshavsky guilty of fraud on an especially large scale, for which he was sentenced to seven years in prison.

Meanwhile, in the wild, he was supposed to have a lot to do. In the same Rostov region, Vadim Varshavsky owned the Russian Pork pig breeding complexes, but he is better known as the founder of the Estar metallurgical group of companies (included about one and a half dozen enterprises in Russia and abroad, including Zlatoustovsky, Nytvensky, Guryevsky, Rostov and Donetsk metallurgical plants). And it was in connection with Estar that at one time the name of Timofey Kurgin surfaced in his biography.

The fact is that in the middle of the tenth bankers stopped lending to a group of companies, which by that time had accumulated a full of debts, and then foreign accounts were completely blocked.

Vadim Varshavsky's attempts to solve suddenly arising problems seem to have led him to the right people. It is not known under what circumstances, but he met with former boxer Timofey Kurgin. He was closely associated with the Ananyev brothers, the owners of Promsvyazbank. Now both brothers are hiding abroad, and in Russia they are suspected of several criminal cases of embezzlement and especially large-scale fraud, Kommersant wrote. 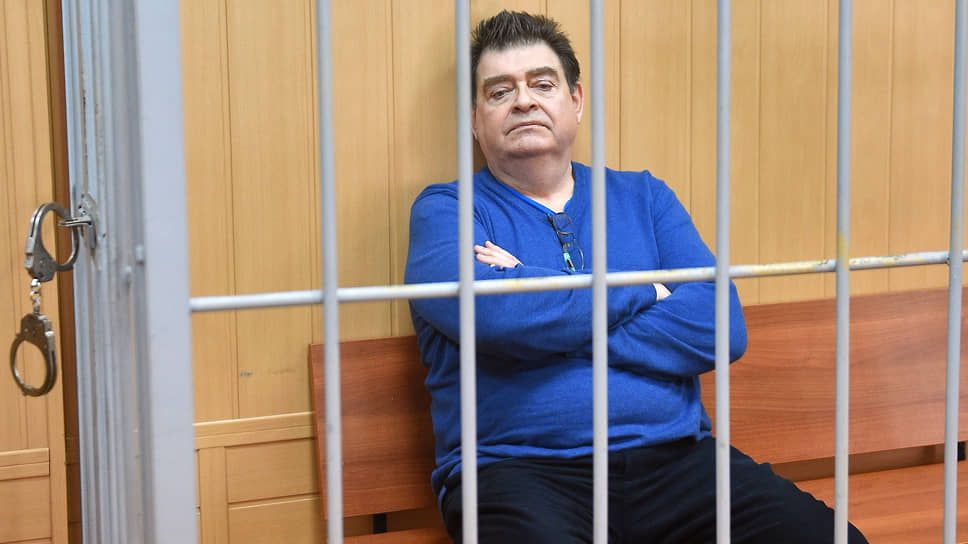 As Forbes claimed in 2016, 49% of the Russian Forest Group went to Timofey Kurgin, who at the end of 2012 was called by bankers to consolidate assets, restructure debts and resolve all conflicts.

Linked by one past

And it seems not accidental that such a company gathered around Kurgin. It should be noted that Kurgin himself was in the case of the murder of deputy Sergei Skorochkin.

Recall that in the archives, lawyers of The Moscow Post found about 40 volumes in the criminal case of Kurgin. According to the documents, 25 years ago, deputy Sergei Skorochkin was first abducted and then killed. The accused in the case was Teymuraz Kurgin, who was able to avoid punishment due to his minor, although he was found guilty under three articles.

The case lasted a long time. Then the deadline expired, Kurgin was released, changed his name and healed a new life. But the lawyers of The Moscow Post asked to attach two early publications in the press - in the Kommersant newspaper and on the RIA Novosti website, as well as an SD disc with the NTV film, the 23rd issue of "The Life and Death of Deputy Skorochkin" (19.05.2000) and a film from the series "Criminal Russia" "How they killed deputy Skorochkin."

However, Kurgin was not convicted in this case. And after that, apparently, he decided to "lose" information about this fact of his biography on the network. The Moscow Post told in detail how the journalists of the publication sued Timofey Kurgin over texts published in 2016. But later, Mr. Kurgin wanted to remove new investigations. Danila Pashutkin, a native of the FMG Group, who joined the A-PRO, represents his interests.

Bureau A-PRO filed lawsuits with the Moscow City Court to protect the rights of authors who are not authors. As a result, both the editors and journalists themselves were not aware that proceedings were underway against the published materials. This becomes known when investigations are already blocked. But even this does not matter, since the courts can go for years, and publication remains blocked until a new court decision.

On the website of the courts of general jurisdiction of the city of Moscow, it is now easy to find more than a dozen statements, during which texts about Kurgin were blocked. And not only he appears in them, but, among other things, Mr. Varshavsky, who is familiar to us.

In particular, they relate to the story of the "Swordsman." In 2017, the same Rostov Electrometallurgical Plant (REMZ) controlled by Warsaw tried to recover 12.7 billion rubles of losses from Mechel. The essence of Warsaw's claims was that in 2009-2013. While the Estar group of companies was in the operational management of Mechel, the Rostov plant entered into unprofitable contracts.

At Mechel, they denied all the accusations, assuring that the transactions with the enterprise were carried out exclusively on market terms, and REMZ was not under the control of the holding. In addition, in 2011, Mechel issued a loan to the Estar group for more than $900 million, and in 2017 the debt was declared non-refundable.

What does Mr. Kurgin have to do with it? According to unconfirmed information, he allegedly put pressure on Promsvyazbank to bankrupt Mechel.

And indeed, in the same 2016, Promsvyazbank PJSC announced its intention to bring to subsidiary liability the Mechel metallurgical holding of businessman Igor Zyuzin on the obligations of Nytva OJSC (Perm Territory), Kommersant wrote. The manager of Nytva, at the request of creditors through the court, is already trying to deploy a number of transactions of companies close to Mechel. Could they work together?

It is also noteworthy that Promsvyazbank itself did not seem in a hurry to demand Warsaw money. As a result, Warsaw was covered by a bankruptcy case opened by Trust, a non-core asset bank that deals with loans issued to Warsaw companies in 2014-2016. Promsvyazbank, which subsequently switched to the balance of AvtoVAZBANK, attached to the Trust. The total amount of Varshavsky's debt to the Trust exceeded 8 billion rubles, but eventually decreased to 4.3 billion rubles.

How Mr. Varshavsky will pay them is not yet very clear - in August this year, the bankruptcy procedure for a businessman was launched. Only "gunpowder in gunpowder" can still be - somehow at one time Varshavsky was a large businessman, and, given his likely proximity to Promsvyazbank, possibly through Kurgin, theoretically could have a "stash."

If it exists, it is possible that the task of preserving it lies with Kurgin. While Varshavsky is sitting in the dungeons of the pre-trial detention center, and the Ananievs are on the run, he is actively expanding the business. For example, The Moscow Post recently wrote about its likely increase in forest assets through the very "Russian Forest Group," in which scandalous bankers glowed.

So Kurgin can now actively put into use the funds of the ex-deputy of Warsaw and fugitive bankers? Well, in this case, it is unlikely that the prosecutor's office will be able to receive the desired half a million rubles from Warsaw - because probably the money is already "working."