Deripaska and Potanin negotiating about "Palladium"

What influenced the sudden change in the position of the oligarch Oleg Deripaska on the joint project of MMC and Russian Platinum?

As the correspondent of The Moscow Post reports, MMC Nornickel of Vladimir Potanin and Russian Platinum of Musa Bazhzev are once again negotiating a new format for the Arctic Palladium joint venture. The project has a difficult fate: it caused disputes between parties of the joint venture and conflicts between Potanin’s Interros plant shareholders - and Rusal of Oleg Deripaska. The latter insisted on increasing the share of the MMC in the joint venture, which did not suit Bazhaev. But now, apparently, Deripaska still decided not to put "sticks" in the wheels. Why did he suddenly go to meet his "sworn" friend Potanin?

The project of the joint venture Arctic Palladium seems to have moved on from the dead end - at least, Potanin and Bazhaev again began negotiations on this issue. However, the market is still reacting to this sluggishly - everyone remembers how many times the businessmen have already tried to negotiate. But 10 years have passed, and nothing has changed.

The story began in 2011, when Russian Platinum acquired Chernogorskaya MC, which had a license for exploration, mining and production of metals at the eponymous deposit. Later, Bazhaev's company won the southern part of the Norilsk-1 section. Since then, the "confflict" between Russian Platinum and MMC began, because the plant had already been working on the northern part of Norilsk-1 for a long time and was hoping to expand its holdings.

The result was an interesting situation. Bazhaev did not want to give Potanin the plot in any way, even "intimidated" him by signing a memorandum with VTB Bank on cooperation in the development of Chernogorskaya and Norilsk-1. At the same time, Russian Platinum did not have the necessary capacity in the area of Norilsk, as it had never worked there before. For this reason, Potanin tried to "pick up" the object and challenge the decision of Rosnedra for several years. Russian Platinum even said that Norilsk Nickel had blocked its access to the infrastructure.

It would seem that the issue was resolved in 2018, when the companies finally signed a partnership agreement and submitted documents for the creation of a joint venture to the FAS, and in 2019 the project was even presented to Vladimir Putin. In February 2020, the long-awaited joint-stock agreement under the Arctic Palladium joint venture appeared, where the parties had equal shares. Russian Platinum's contribution to the joint venture was the licenses for the development of the Chernogorskoye deposit and the southern part of the Norilsk-1 deposit. Norilsk Nickel also has a license for the Maslovskoye deposit. 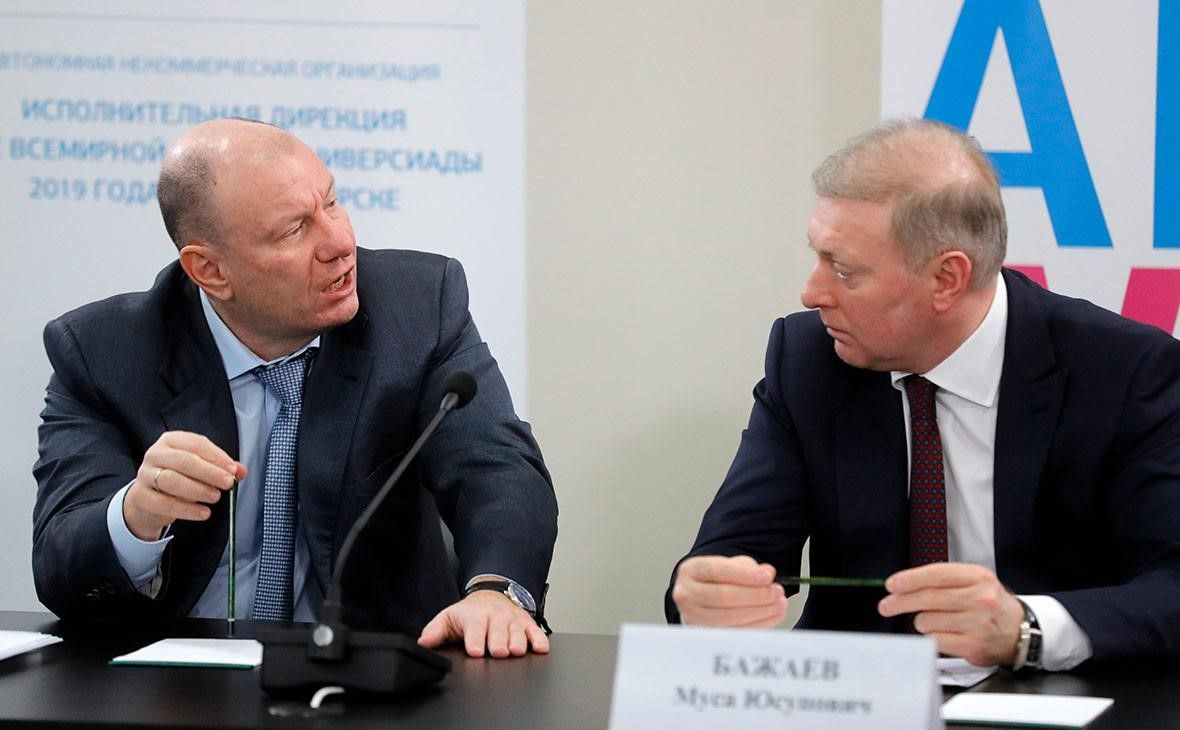 Potanin and Bazhaev will negotiate again

And then Mr. Deripaska came to the "arena" - he wanted the MMC to have a large share in the project, which, according to the agreement of Bazhaev and Potanin, provided for a parity participation. Of course, such "ultimatums" did not suit Russian Platinum: after all, its licenses are the main part of the joint project.

Here it is worth remembering that once the project was almost joined by the ESN of Grigory Berezkin. but the uncertainty of the future of the project caused by Deripaska's actions was the reason for the release of the latter, as Kommersant wrote. This fact may indicate that it was fundamental for Deripaska to "annoy" Potanin, while Bazhaev was affected in this situation.

As a result, in March last year, Bazhaev chose to leave the project. But he apparently could not completely abandon it - experts say that time "plays against the businessman." Therefore, an agreement on an operational partnership appeared in the summer. But in December, for some reason, they openly declared that the implementation of the Arctic Palladium project was no longer on the agenda.

The news about the resumption of negotiations between MMC and Russian Platinum suggests that Deripaska still made concessions. An obvious question arises: why did the businessman, who has been in conflict with Potanin for more than 10 years, suddenly change his mind?

It is possible that Mr. Potanin had to "put pressure" on the family of his opponent. The fact is that the former wife of the Russian oligarch Polina Yumasheva and her father Valentin Yumashev (ex-head of the Administration of President Yeltsin) in 2019 began negotiations on the sale of their share in the holding En+. Together, they own about 6.7% of the shares. It is quite possible that they also discussed this issue with Vladimir Potanin, who might be more interested in the deal than many other ones. After all, in this case, his Interros will have a serious advantage over Oleg Deripaska's Rusal in the confrontation inside Norilsk Nickel. This means that Potanin will be able to block the decisions of the MMC shareholder.

And now Deripaska suddenly is ready "for peace". Indeed, no one wants the revenge of an angry spouse… It is worth noting that, although their divorce was not loud, it is unlikely that the couple parted in a good way. It is no secret that Deripaska's success is largely due to his successful marriage to Yumasheva, who is called "Yeltsin's adopted granddaughter", because her stepmother was Tatyana Dyachenko-Yumasheva, the eldest daughter of the first president of Russia. The marriage allowed Deripaska to enter the so-called "family". 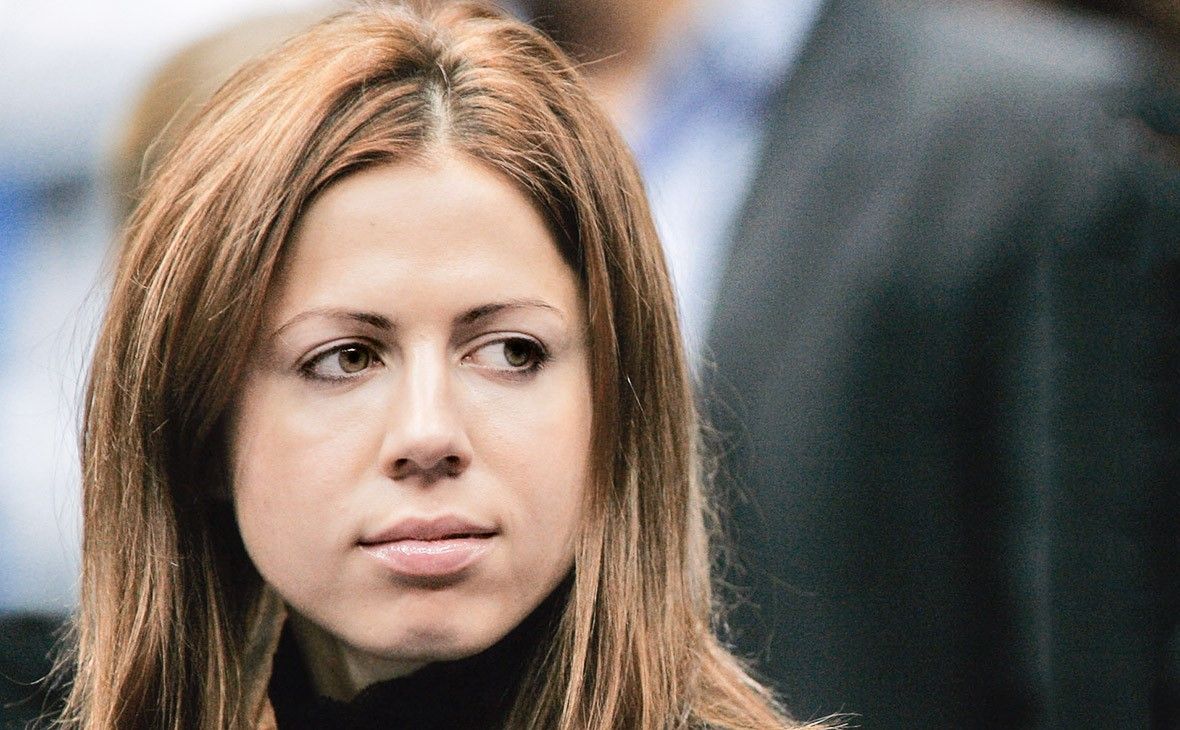 Does Polina Yumasheva know how to "put pressure" on her ex-husband?

The news about the negotiations between the plant and Russian Platinum took place against the background of Norilsk Nickel's statement that the company will pay a record fine of 146 billion rubles for the fuel spill near Norilsk, including by reducing dividends. By the way, it was the dividend policy back in 2008 that caused the conflict between Potanin and Deripaska: at that time, the former wanted to invest in the development of the company, and Rusal stood for huge dividends.

According to Forbes, for the first nine months of 2020, Norilsk Nickel decided to pay $1.2 billion in dividends. After the accident, the company's president, Vladimir Potanin, suggested that shareholders refrain from further payment of dividends during the year, and limit the final payments to a minimum level of $1 billion.

Then it became the cause of a public conflict - Deripaska did not agree to a reduction in payments. The oligarch really needs money, because he has been living in "debt" since 2008, and the dividends cover the annual payments on them.

In response, the Interros website published a statement accusing Rusal of putting pressure on the company. They say that Deripaska is trying to use the situation with the fuel spill in Norilsk and "under the guise" conclude a new shareholder agreement that would guarantee him the payment of maximum dividends. As they say it in Interros, the oligarch is sitting on the "dividend needle".

It turns out that Deripaska made concessions to Potanin on two issues of principle for him at once? It seems that the oligarch really could have been pressured…

But many in this fight recently bet on the victory of Deripaska, because the "stones" for the situation with the spill flew to Potanin and his management. And the scandals at the MMC after the emergency did not stop - so, this night there was a collapse of the gallery of the crushing shop of the Norilsk concentrator. As a result, one person died, the IC has already opened a criminal case on the fact of security violations, as Kommersant reported. And such tragic stories occur regularly at the plant, as previously described in detail by The Moscow Post.

But, despite this, now it is Deripaska who has "backed down". Was the heart of a principled businessman warmed?