New cases against the ex-owner of Maloproduct can be fictitious in order to divert eyes from possible violations of the law by the head of the Blago group of companies Arkady Fosman and the retired FSB general Viktor Voronin.

He is charged with embezzlement of loans of Svyaz-Bank JSC, money laundering and legalization of the creamery equipment, which he allegedly stole from Rosagroleasing OJSC. Additionally new cases have been singled out from the main case initiated in the spring of 2013 on the fact of theft of this equipment.

A number of experts surveyed admit that new cases brought against Bazhanov are fictitious. Perhaps she could have been inspired by other individuals associated with Bazhanov and his former business to avert suspicions from themselves.

We are talking about the owner of the Blago trading company, Arkady Fosman, whom Bazhanov himself has repeatedly accused of “squeezing” his business, one of the largest producers of sunflower oil, ZAO Masloproduct-BIO.

In addition, the final destruction of Bazhanov’s reputation may be beneficial to the ex-head of the FSB Directorate “K” Viktor Voronin.

Bazhanov mentioned Voronin more than once, saying that he could be involved in a raider (from Bazhanov’s point of view) seizure of the assets of “Oil Product” by Arkady Fosman. This was written by RBC. 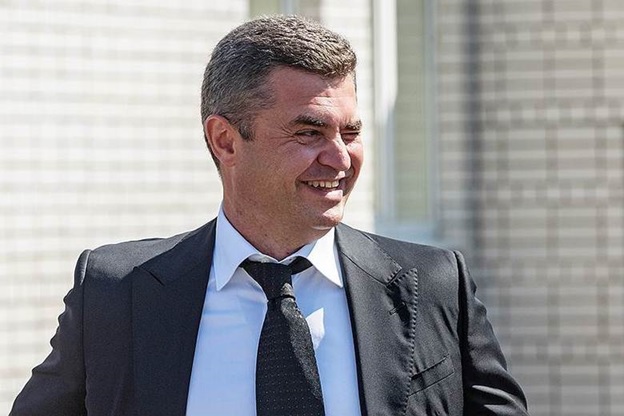 Is Arkady Fosman behind the new criminal cases against Alexei Bazhanov?

Alexei Bazhanov was arrested in 2013 on charges of embezzlement of about 1 billion rubles from Rosagroleasing. Having left the pre-trial detention center on his own recognizance, he hid in the UK and was put on the wanted list.

However, his Maloprodukt business continued to operate, despite serious debts to Svyaz-Bank. And, it seems, Arkady Fosman, the owner of the Blago, liked very much, as well as General Viktor Voronin, whose friendship Fosman, according to Bazhanov, was very proud of. The words of Bazhanov leads RBC .

How Fosman ended up with Oil Product

Bazhanov turned to Fosman to agree on a joint business with him - to conduct financial recovery of Maloprodukt-BIO CJSC and to control it together, dividing assets by 45% (for Bazhanov) and 55% (for Fosman). Subsequently, Fosman categorically denied the existence of agreements.

Allegedly, Fosman agreed, and even received from Bazhanov all the necessary documentation for the company. After that, Fosman stopped communicating.

According to Bazhanov, in August 2016, Fosman, using the support and administrative resources of Voronin, entered into a conspiracy aimed at taking over the enterprise. This is also reported by RBC .

The scheme of possession could look at as follows. First, the Blago Group of Companies signed an agreement on the assignment of claims on the debt of Masloproduct-BIO to Svyaz-Bank in the amount of 9 billion rubles for only 1.9 billion rubles. Moreover, the estimated collateral value of assets could exceed 13 billion rubles.

Then, Blago had to pay an advance in the amount of 20% of those 1.9 billion rubles, 382 million rubles, and the rest should have been paid later on by Vnesheconombank's bill of exchange.

According to Aleksey Bazhanov, the result of this multi-mile trip was the sale of the property of Masloproduct LLC Akvilon, affiliated with GC Blago Fosman. The sale price was only 1.5 billion rubles.

Today LLC Akvilon belongs to Olga Fosman. If all this really was so, it turns out that Arkady Fosman could gain control of the enterprise by methods close to raider ones, while using the patronage of an influential security official.

In addition, as a result of the multi-trip, the damage could have been caused by Svyaz-Bank JSCB.

Are clouds gathering over Voronin?

Since then, Bazhanov has been trying to achieve the truth from abroad. However, according to rumors, many of Bazhanov's thesis regarding the connection between Fosman and Voronin can be confirmed.

In August 2019, he appealed to the Investigative Committee of Russia with a statement in which he accused Arkady Fosman of raiding the seizure of his enterprise. Earlier, Bazhanov was simply afraid to take such a step, given the connections of Voronin in law enforcement agencies.

However, the statement was nevertheless written after the high-profile arrests of the security forces took place, among which were General Denis Sugrobov from the GUEBiPK Ministry of Internal Affairs, as well as Voronin's former subordinates - Dmitry Frolov and Kirill Cherkalin, who headed the FSB’s “K” banking department at different times.

The investigation accuses them of a particularly large fraud (part 4 of article 159 of the Criminal Code of the Russian Federation) in respect of the developer Sergey Glyadelkin for 500 million rubles, and Kirill Cherkalin personally for taking bribes in the amount of $ 850 thousand. 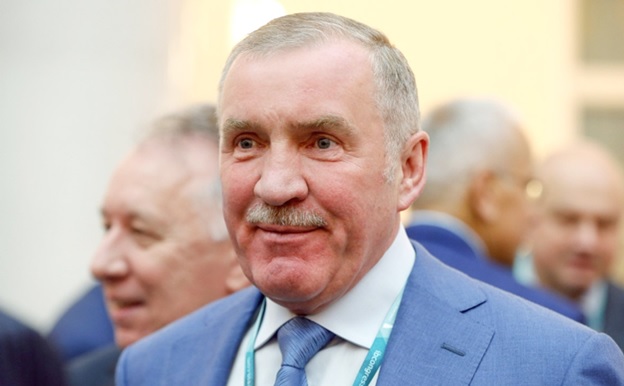 It is noteworthy that Voronin left the post of head of the K department in 2016, amid another scandal. Allegedly, Voronin’s departure was related to the case of his subordinate Vadim Uvarov, who was a witness in the case of giving a bribe to a customs officer during cargo clearance.

At that time, the accused was Pavel Smolyachuk, who was called Uvarov's brother-in-law. This was reported by RBC .

Now it turns out that Dmitry Frolov and Kirill Cherkalin could engage in illegal activities just at the time when they were led by Viktor Voronin.

Moreover, last fall it became known about the intentions of law enforcement authorities to check Voronin for involvement in the affairs of Kirill Cherkalin, RBC reported . It seems that Voronin was neither a dream nor a spirit regarding possible fraud and the investigators simply do not want to just believe it.

Bazhanov continues to insist on Voronin's participation in the allegedly raider seizure of his business. Is it not the right time to bring down the information field a little and finally squeeze Bazhanov away from suspicions?

The businessman does not deny that he himself was familiar with Voronin for a long time. During his work as Deputy Minister of Agriculture of the Russian Federation in 2009-2010.

It seems that Voronin, as well as other FSB officers, were interested in his activities as the Minister of Agriculture, Elena Skrynnik, and also sought information from Viktor Zubkov (then served as First Deputy Prime Minister) and Alexei Gordeev (at that time - Governor of the Voronezh Region).

However, today more and more people are inclined to Bazhanov’s correctness, despite the fact that he may actually be guilty of the theft of equipment from Rosagroleasing. The obvious connection between the Fosman and Voronin families in the field of business is also suggesting such thoughts.

In light of this, Fosman’s alleged allegations that Viktor Voronin was not connected with his business look dubious.

Bazhanov made attempts to return his business before. In 2017, he appealed to the High Court of London. His company, Morrins Commercial INC, wanted to recover from British Akvilon LLC 45% of the holding of Arkady Fosman LLC Akvilon. However, the lawsuit was not successful.

And now, after Bazhanov’s August statement to the Russian law enforcement agencies, he seems to have received a “rejoinder”. In addition, the Blago Group of Companies reminded that the question of bringing Bazhanov to subsidiary liability for Maloproduct debts was still open. "Business Petersburg" reported about this.

If Fosman with the help of Voronin really illegally seized Bazhanov’s “Oil Product”, can he also try to shake debts out of him? The situation for Bazhanov, to put it mildly, is unenviable.

Arkady Fosman has something to lose. Together with the assets of the Creamery, which he received from Bazhanov, in 2018 Fosman’s fortune was estimated at 17 billion rubles.

If the insider confirms that law enforcement officers may be interested in the activities of Fosman himself, then initiating three new cases against Bazhanov at once looks logical. Fosman and Voronin simply "switch arrows", diverting attention from themselves.