Roscosmos "does not understand" Lopota

For the failure and possible theft on the Sea Launch project, Vitaly Lopota will most likely be held responsible, while the project curators, represented by Oleg Frolov and Mikhail Kovalchuk, for some reason will remain out of suspicion.

According to The Moscow Post , the Investigative Committee has charged Vitaly Lopota, who previously headed the Rocket and Space Corporation (RKK) Energia, with a new charge.

He is charged with abuse of 9 billion rubles in the implementation of the Sea Launch project, a floating platform for launching Zenit missiles from the Pacific Ocean. This is the second charge that was brought to Lapoda about this case, except earlier it was a matter of damage of only 40 million rubles.

There is a version that Lopota is simply a "scapegoat", while the main share of responsibility for the failure of the project and for possible damage to the state should be borne by other people.

For example, Oleg Frolov, who from September 2012 to October 2013 was the deputy head of the Federal Space Agency. And, additionally, Mikhail Kovalchuk, who at that time was chairman of the board of directors of RSC Energia.

The damage alleged to Lopota was caused during the repurchase of shares of foreign companies in the joint Sea Launch project after the project actually failed and went bankrupt.

Specially for the implementation of the project, the Sea Launch Company (SLC) was created. These included the Boeing Commercial Space Company (40%), the Russian RSC Energia (25%), the Ukrainian Design Bureau Yuzhnoye (5%), PO Yuzhmash (10%), as well as the Norwegian shipbuilding company Aker Kværner (20% )

After the failure and redemption of shares, about 95% turned out to be at RSC Energia. Later, in 2018, Sea Launch was finally able to sell to a private structure - it was S7. 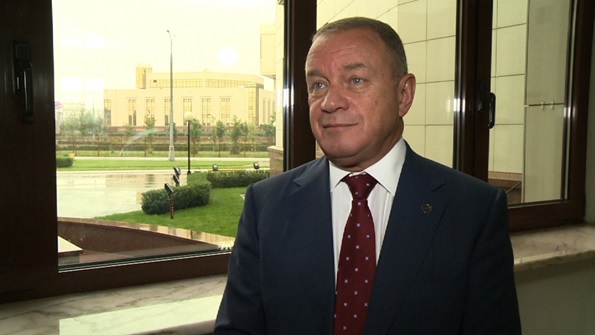 At that time, according to investigators, Lopota bought out shares allegedly at the expense of RSC Energia. If so, he did not have the right to do this, because this same money should have been going to the implementation of the project.

The then head of the Federal Space Agency (later reorganized into Roskosmos), now deceased Vladimir Popovkin, should have been involved in the implementation of the project at a higher level. As well as his first deputy Oleg Frolov. Rumours ​​claim that all decisions on the repurchase of shares and repayment of loans could be made by them. In addition, Mikhail Kovalchuk was obliged to be aware of the whole situation.

At that time he was the chairman of the board of directors of RSC Energia, and now he is working as the director of the Kurchatov Institute National Research Center. A very fruitful position.

Kovalchuk left RSC Energia very suddenly. In February 2013, he asked to be relieved of his post. Allegedly, this is due to the increased workload in the main place, work, which prevented him from giving himself completely to RSC Energia.

According to rumors, his departure could have been connected with the failure of the Sea Launch and possible frauds during the purchase of shares and debts of the joint venture from foreign partners.

Oleg Frolov left the Federal Space Agency in 2013 after a series of scandals. Associated with and including RSC Energia and Sea Launch. 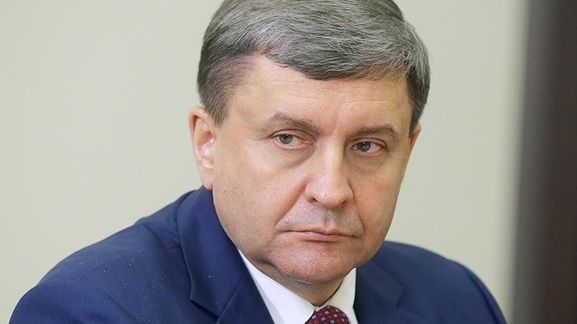 However, already in 2018, at the invitation of the famous space “luminary” Dmitry Rogozin, he returned to Roscosmos, this was reported by TASS . Now Frolov is working as Rogozin’s deputy to implement the state armament program.

Thus, Lopota turned out to be the “extreme” in the story of Sea Launch and redemption of shares. While other people, the people responsible for the implementation of the project, Oleg Frolov and Mikhail Kovalchuk, feel great at their high posts. Popovkin, we repeat, has already passed away.

Many believe that in the possible desire to hang all the dogs on the honored scientist of the Russian Federation, Professor Lopota is not surprising. Allegedly, a conflict has long existed between Popovkin and Frolov from the Russian Space Agency and Lopota from the RSC Energia.

The conflict was associated with the desire of Frolov (supposedly Popovkin, wanted to retire and turn them over to his deputy) to gain control over RSC Energia.

The latter, as expected, could count on multi-billion infusions from the budget for the implementation of a series of space programs. Including the development of a new manned transport ship, which was supposed to replace the Soyuzs flying to the ISS.

In 2013, it was assumed that this would require about 160 billion rubles from the budget. If Frolov had such plans, Lopota did not fit into them.

In the summer of 2013, the leadership of the Federal Space Agency filed a claim against RSC Energia, accusing this structure of causing damage to the state in the amount of 600 million rubles. due to "dubious lending schemes."

Moreover, a complaint against Lopota and his "Energy" was submitted not by Popovkin, who was on vacation, but namely Oleg Frolov. Just the day before, during the launch of the rocket from the Sea Launch platform, an accident occurred - the launch was unsuccessful.

The Zenit rocket crashed the ocean in the first minute of the flight due to a failure in the power system. Of course, this caused damage both to RSC Energia and to the curators of the project from the Federal Space Agency. 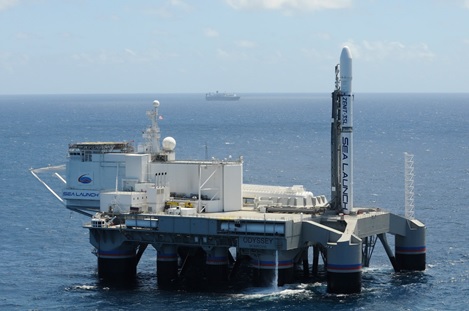 The source of the financing were loans from banks received by ZEM and RSC Energia itself at 10-15% per annum. ZEM provided two loans in 2010 at 4.5% per annum, which is economically unreasonable as written by Izvestia .

During all this, Frolov asked to deal with this FSB. Did he try to set the siloviki on Energy and Lopota? In any case, then it did not cause serious consequences for Lopota.

He explained that a commercial loan was used to cover debts of previous periods. Lopota had the right to dispose of 10% of the balance sheet, and he did it. The audit of the Accounting Chamber revealed no violations, as written by " Arguments and Facts ".

However, as we know, later a case was brought up against Lopota, a continuation of which we see today. This is all despite the level of claims to Frolov himself in a number of other areas.

As The Moscow Post wrote, Popovkin wanted to remove Lopota, simple. Apparently, the then head of Roscosmos simply wanted to “put his paw” on multibillion-dollar finances, which should have went to RSC Energia! It is no accident that after the resignation of Mikhail Kovalchuk, Popovkin decided that Oleg Frolov , the  first deputy head of Roskosmos, would head the board of directors of the Rocket and Space Corporation Energia ! As a result,  Frolov joined the board of directors of RSC Energia.  "

Thus, Frolov could be directly related to the withdrawal of billions for which Lopota is now judged.

So, Oleg Frolov could have been involved in a major scandal connected with the M2M Telematics company - one of the largest players in the GLONASS equipment market. According to rumors, in 2012-2013, the company was involved in fraud with the supply of equipment that could harm the state of 380 million rubles.

At that time, Frolov was just the deputy head of the Federal Space Agency. 51% of M2M Telematics then belonged to Vladimir Yevtushenkov, whom people have repeatedly tried to connect with the mythical raider seizures of enterprises.

A strange choice of supplier for programs of national importance?

Among the other sins that are attributed to Frolov (as well as to Popovkin who passed away) is belonging to the team of ex-defense minister Anatoly Serdyukov. Frolov came to the Federal Space Agency from the post of deputy head of Rosoboronpostavka.

Recall that Serdyukov is a defendant in a number of corruption scandals, the largest of which is the case of Oboronservis OJSC. Rumor has it that Popovkin, and Frolov got to their posts in the space industry under the patronage of Serdyukov.

"Saw" Frolov and Popovkin could even then. After that, Lopota simply could prevent them from getting to budget injections in RSC Energia. In addition, Lopota became a convenient trader to shift all the bumps on him about the failures of the Sea Launch, the fall of the Zeniths and Protons.

It is curious that just the other day, on March 25, the floating platform of the Sea Launch returned to the Slavyanka harbor in the Far East in the Pacific Ocean. Thus, her long and inglorious journey ended after the bankruptcy of the joint venture and the sale of S7.

Who knows, maybe the end of the story with Lopota is already near? Only, he will have to swell, one, for all.