Pumpyansky will send everyone to "pipe"

According to the correspondent of  The Moscow Post , the company's management announced a buyout of its stocks for almost 22 billion rubles. The departure from the LSE is planned for early summer, it will take place after the end of the program for the voluntary acquisition of common stocks by TMK's subsidiary, Volzhsky Pipe Plant (VTZ).

The company said that listing on the stock exchange is no longer a strategic priority. But, most likely, things look bad now for  Pumpyansky and the businessman understands this very well. Is TMK heading for bankruptcy?

The words about a change of strategy may simply be a cover. Often, the departure from the stock exchange means a major financial problem. If a company has one foot in bankruptcy, then its stocks are simply removed from the exchange, there is still no demand for them, they are illiquid and their value tends to zero.

And the fact that TMK has got big problems is eloquently revealed by the financial indicators published in open access. The holding's revenue for 2018 amounted to 211 billion rubles, while the company's profit fell down - minus 2.6 billion rubles!

Minus indicators were both in 2014 and 2015. So, where does the profit go? It is better to ask Pumpyansky himself about this, and, at the same time, to find out why the largest domestic manufacturer of pipes for the oil and gas industry is controlled by offshore companies. There are six companies in the list of TMK founders, and all of them are foreign ones! 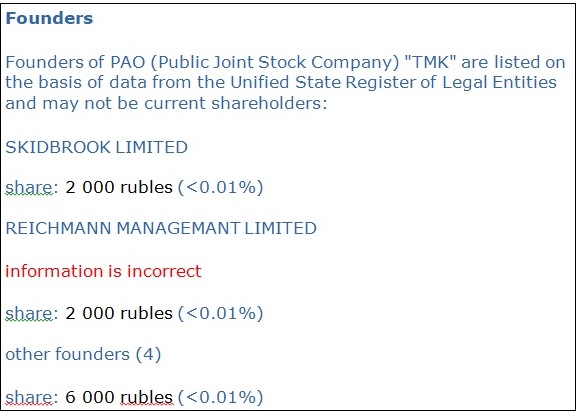 There is a similar story with TMK's subsidiaries. For example, the profit of PAO (PJSC) "Tagmet" for 2018 is minus 2,1 billion rubles, PAO (PJSC) SinTZ - minus 2.2 billion rubles, OOO (LLC) TMK NTC (Scientific and Technical Centre) - minus 4.4 million rubles, OA ACRA - minus 39 million rubles. It seems that Pumpyansky is barely making ends meet. No matter that every year TMK receives hundreds of millions from the budget on state contracts!

Moreover, in March last year, TMK agreed to sell the American subsidiary IPSCO to the Italian firm Tenaris for $ 1.2 billion, as  RBC wrote. Moreover, at first, TMK wanted to conduct an IPO of its American division, but postponed it after the publication of the "Kremlin Report " in the United States, being afraid of sanctions.

Probably, Pumpyansky just hastily "merged" the asset. The price of the subsidiary was excluding debt obligations. But the amount of the debt was not indicated. Could the businessman manage to negotiate with overseas partners? However, it is known that TMK's net debt in 2019 increased by 2.7% to $ 2.5 billion. At the same time, revenue fell by 7%, as Vedomosti reported.

In any case, Pumpyansky allegedly focused on the Russian market. Although it is not all roses. A businessman can be "pushed out" by Denis Safin with his Zagorsk Pipe Plant (ZTZ). Last autumn, Pumpyansky's opponent launched a large-scale project to produce seamless pipes (TMK produces the same product as well). "The idea", according to Vedomosti, was estimated at as much as 35 billion rubles. Where does a newcomer to the pipe market get such amounts?

They were allocated by a generous VTB. And hardly for a simple human "thank you". The fact is that a well-known businessman Nikolay Egorov, who is also a co-founder of the Law Office "Egorov, Puginsky, Afanasiev & Partners" has got his share in ZTZ.

The latter, apparently, for a nice word calls himself a fellow student of Vladimir Putin. But more interesting is that Yegorov could have been related to the collapse of the alcohol companies "Status Group", "Kristall-Lefortovo", "OFK" Bank, and the bankruptcy of the Antipinsky Oil Refinery. Perhaps, he managed to "agree" with the head of VTB Andrey Kostin. Anyway, Pumpyansky will have to move. The market for seamless pipes is not borderless.

However, the banks also "help" the owner of TMK. In March this year, the Board of Directors of "Alfa-Bank" approved the purchase of no more than 10% in TMK, as RBC wrote. The Bank explained that this is due to loans secured by company's stocks using the REPO mechanism. 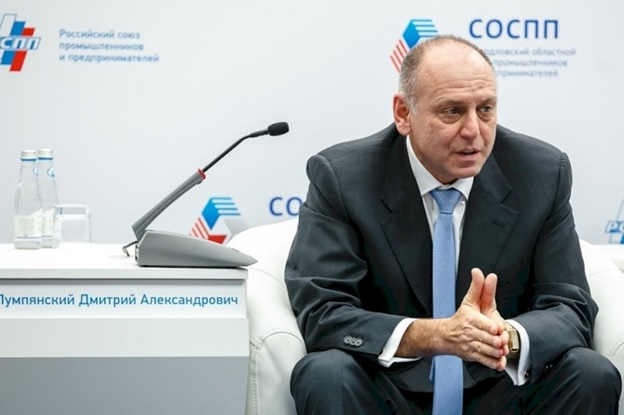 Although this "help" once again proves that Pumpyansky's pockets are empty. In 2018, TMK borrowed about 6 billion rubles from the bank. Apparently, the credit structure did not receive the money back, so it "fit in" with asset management. Is Dmitry Pumpyansky losing his grip? Did the businessman pay off his old debts before getting new ones? For example, in 2013, TMK opened non-revolving credit lines through its subsidiaries PAO Tagmet and AO (JS) VTZ for 8.9 billion rubles and 7.7 billion rubles, respectively.

May Pumpyansky be running from the London Stock Exchange not to change the strategy, but to bring the "remnants" to offshore as soon as possible? The fact that company's CEO has changed abruptly may also indicate that Pumpyansky is preparing for bankruptcy. In the summer of 2019, the post was taken by a certain Igor Korytko.

It is curious that Mr. Korytko had been working for the company for less than a year before he acutely rose to CEO, replacing Alexander Shiryaev, who had been "steering" TMK for 10(!) years. Pretty suspicious shift. It is unlikely that Shiryaev left because of the conflict with Pumpyansky, since the former CEO remained on the Board of Directors. Could Korytko be put in the "firing line" on purpose? Will TMK "burst" and the new CEO will be responsible for this?

Is it difficult for Dmitry Pumpyansky to earn money in modern realities and he "tricks"? It is worth noting that TMK's problems escalated in 2018. At the same time, a major scandal broke out in the Sverdlovsk region. The tax service found out that intermediaries for the sale of pipe products to oil companies existed only on paper, in reality, the goods went directly from the supplier plants to the buyers. In other words, Pumpyansky controlled the creation of a formal document flow in order to obtain an baseless tax benefit.

According to "Pravda UrFO", Pumpyansky's structures have already lost several court cases for hundreds of millions of rubles, and there is no end in sight to the claims. In addition to tax fraud, TMK was also suspected of manipulating prices during tenders. It is obvious that this (even if not quite legal) channel of earnings is closed for Dmitry Pumpyansky. Is the businessman "dumping" assets because of the fact that tax authorities are rummaging through the papers?

Apparently, there is no more place for Pumpyansky on the market. Last year, the businessman tried to sell his "TMK-Chermet" to the "Hermes" company (affiliated with "Translom" of the Rotenberg businessmen). In fact, the collecting of scrap metal, which was engaged in Pumpyansky's enterprise, is quite profitable. But apparently the debts and fear of an imminent "disgrace" forced the businessman to "throw off" the asset. The deal had been checking by the FAS (Federal Antimonopoly Service) for a long time, since the new purchase of Translom could turn the Rotenbergs into monopolists. As a result, the agreement was approved.

However, a week later, the court challenged the decision of the FAS and the deal was frozen, as Kommersant wrote. It was rumoured that the complaint was "filed" by Pumpyansky himself, because he decided that "he did not want to lose it". It is unlikely that the Rotenbergs appreciated the "toucher" of the TMK owner. Perhaps, in the future, this challenge will affect Dmitry Alexandrovich.

The funny thing is that Mr Pumpyansky will probably start blaming the Russian authorities for all the troubles, not himself. In February of this year, the businessman announced amendments to the Constitution, saying "Any future political reforms or instability may lead to uncertainty among investors and a deterioration of the overall economic situation, including capital flight and a slowdown in investment and business activity", as RBC quoted.

But it is unlikely that the businessman was worried about the welfare of investors. He himself needs to get out of the financial hole. Evaluating all the factors, it can be assumed that TMK is not just going, but rushing to bankruptcy. And it is unlikely that Pumpyansky does not notice this. Probably, the businessman is gradually leaving all agreements and quietly "withdraws" the remaining millions on the balance sheet. It is a common knowledge, that there is nothing to ask from a bankrupt.