In an attempt to solve his business problems, the Moscow developer God Nisanov could have become part of the opposition. The first "target" of the businessman may be the Attorney General of Azerbaijan.

It is obvious and was predicted that now they decided to act even more radically and directed their "attack" on the Prosecutor General of Azerbaijan Zakir Garalov.

Recently, the local opposition portal "Time TV"  published a "devastating" material in which the authors are actively "walking all over" the Prosecutor General of the Republic Zakir Garalov.

They assure in the article: Garalov, it turns out, for more than ten years, was a shadow partner of Ilgar Hajiyev, the founder of the Accord construction company. Spiteful writers write that this is thanks to the patronage of the prosecutor general of the businessman’s company and received large state orders.

Through a simple analysis of this "journalistic publication" it becomes obvious: we have before us the good old "media orders" from none other than the businessman God Nisanov.

Zakir Garalov has been at the head of the General Prosecutor's Office of Azerbaijan for almost 20 years, and therefore, this is not the first time he has become an object of criticism - everyone likes to look for the guilty. 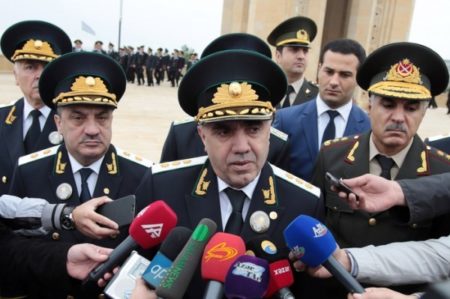 He earned trust in the region: his biography is not full of dubious facts, everything is extremely simple and transparent, there is even no family business. Therefore, such "sensational" statements in the media are strikingly painful - even with a rather superficial examination.

For instance, the indicated “revealing” article states that Zakir Garalov exceeded the statutory term of office in Azerbaijan. However, the 2009 law lifted restrictions on the number of terms and times of service for the attorney general.

But, apparently, the time for the “information attack” was chosen for a reason - next year, Garalov is waiting for confirmation of his term of office. So the ill-wishers decided to undermine the chair in police custody?

Traces lead to a certain circle of well-known representatives of immigrants from Azerbaijan in the capital of Russia, to whom accusations of “undercover wars” have already been made. The interests of this group of people, as expected, are not dictated by political convictions, but by commercial interests.

We are talking about former senior members of the “All-Russian Azerbaijan Congress”, which was closed by a decision of the Supreme Court of the Russian Federation, at the suit of the Ministry of Justice in 2017. Some dealers who came out of there became famous for their not very benevolent manner of doing business.

As the Prosecutor General once said, the opposition in Azerbaijan does not work anywhere, but at the same time drives around expensive foreign cars and has good real estate. Despite this, these people are still unhappy? Well, history is as old as the world...

Why would they be satisfied with the policies of the incumbent president, if it is impossible for him to “grab” the “oil industry” of the country and “push through” the projects of the “megabazars” in the republic that they left.

Just like at his time, God Nisanov left the nation.

And here the question involuntarily pops up: how did the developer manage to “gain a foothold” in the Moscow market? Thanks to what, for many years, he always took his "place in the sun" - even under the mayor of Luzhkov, and even under Sobyanin?

Let’s turn to the beginning of his career path, as reported by "Lenta.ru" , God Nisanov began at the local canning factory in Azerbaijan, where the CEO was his father Simon Nisanov. Nisanov Jr. graduated from school in Baku and already in his young 22 years began to control part of the transportation and sales of Azerbaijani oil products. Rumor has it that today it "holds" a share in this market.

Then, the young lad went to Moscow to engage in diamonds at the invitation of his fellow countrymen - in the capital, he immediately got a position in Telman Ismailov's AST group of companies.

Nisanov even made attempts to "go" into politics: he sponsored the LDPR, dreamed of a deputy chair in the State Duma, but it did not work out. However, he did take the place of vice-president of the "All-Russian Azerbaijan Congress."

But, Nisanov’s best idea was to “master” the construction market. Now he is the chairman of the Board of Directors of the GK “Kievskaya Ploshchad”. However, is it likely that the oil industry of Azerbaijan owes its success?

For any profitable business, as you know, you need to have good connections. And the developer did have them. The thing is that under the former head of the Moscow Central Internal Affairs Directorate Vladimir Pronin, his son Alexander worked in the company of Nisanov’s partner in “Kievskaya Ploshchad”, Zarakh Iliev’s “Imperial 2000”. This was written by the magazine "Company".

Another curious fact. The son of the current head of the Ministry of Internal Affairs, Alexander Kolokoltsev, along with a distant relative of Nisanov, Oleg Yusupov, will control the chain of Italian restaurants IL Forno Group.

According to rumors, Nisanov has a long-standing friendship with Minister Vladimir Kolokoltsev. Allegedly, they have been friends ever since Kolokoltsev worked as a major and headed the 108th police station in the area of ​​Pushkin Square. 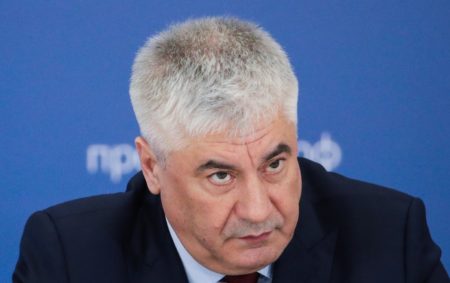 So, there is a protective "roof" - and it is Kolokoltsov?

God Nisanov is very worried about his reputation, "covering up" not the most beautiful episodes of his biography. However, sometimes his criminal and not so ethical activities still manage to leak out and become public. According to the authors of the Kompromat.Ural websit , the businessman allegedly manages to expertly manipulate officials and "authorities."

Well known rumours say that God Nisanov is connected with the “thieves in law” Vagif Suleymanov, Nadir Salifov, Jabbor Khoji. This became especially clear after the opening of the Food City shopping center.

The fact that Nisanov’s outlet “Sadovod” could be connected with crime was widely speculated. Allegedly, in the best traditions of the 90s, requisitions were established there. If this is so, then there is nothing to be surprised about: it was on the territories of Sadovod that traders from the sadly Cherkizon countryman Nisanov - Telman Ismailov settled down.

And, here's a miracle, for some reason, problems with law enforcement did not happen. Just since the time when Vladimir Kolokoltsev stood at the helm of the Ministry of Internal Affairs. And after all this, the accusations are now for some reason flying towards the prosecutor general of Azerbaijan!

However, there is nothing surprising here. If there is nothing to hold against Garalov, then you can just "tie up" your opponent with him - and you're done! After all, Ilgar Hajiyev is accusing Nisanov of taking over his own business. So, the developer decided to immediately "kill two birds with one stone" - and put his "little man" at the head of the power department, and instantly "remove" the enemy?