Residents of the French commune on the Cote d'Azur are indignant: in place of their beloved zoo, which was visited by three generations of citizens, a luxurious mansion of a Moscow developer appeared.

It would seem that there is enough space on earth for everyone. But, not to the Russian developer God Nisanov, because of the desire to live in luxury, five hundred animals of one of the oldest zoos in France lost their homes.

The zoo being discussed is the one in the commune of Saint-Jean-Cap-Ferrat on Cape Ferrat, on the Cote d'Azur. For more than fifty years, all the surrounding inhabitants came to join the nature in the only menagerie of the Pomor Alps. However, in 2009 the doors of the zoo were closed. It was confusing and upsetting for the residents.

Five years later an outstanding  luxury villa belonging to the scandalous Russian businessman God Nisanov appeared at the site of the zoo.

Neither the requests, the protests of the local residents, nor the 11 million euros they raised to buy this land helped. Could Nisanov not find another place for his luxurious mansion?

Keep in mind that he could act secretly: in 2009, his name was mentioned nowhere near Cape Ferrat. The London billionaire Robert Born, a man with a very dubious biography, bought the land under the zoo.

Who is he? A good comrade of God Nisanov, who’s name was used at the beginning, so as not to frighten locals completely? It is clear what would have happened if people had already found out that in the place of their beloved menagerie the housing of the Russian oligarch would appear instead. 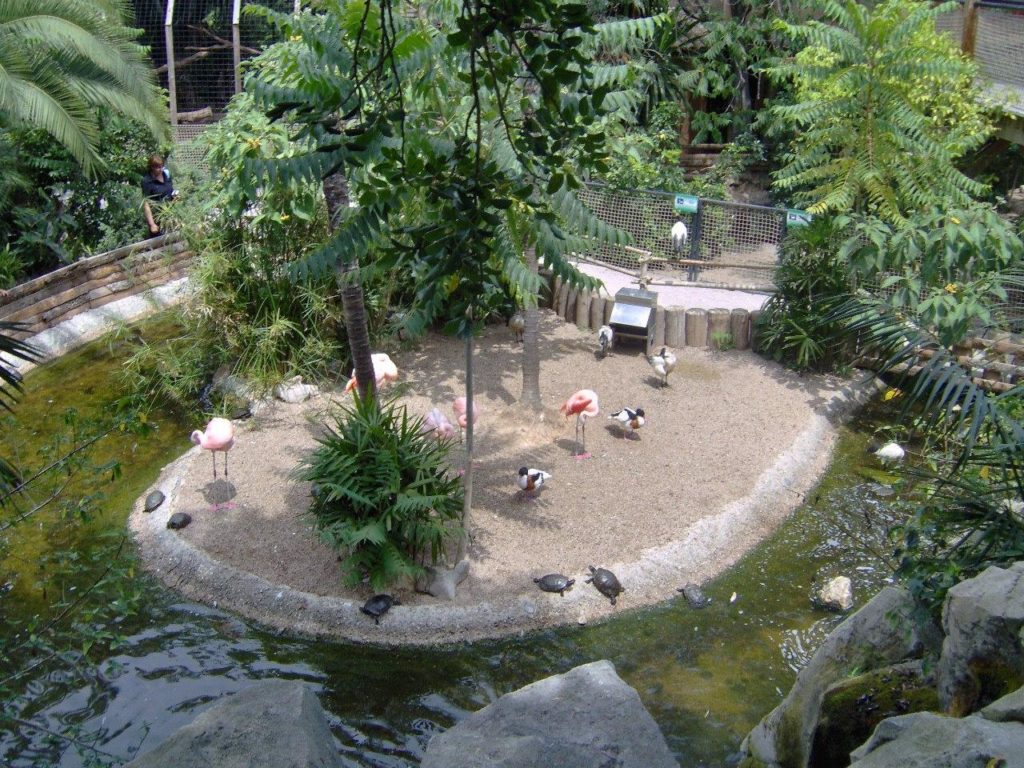 The zoo, which existed for half a century, closed its doors in 2009 with an easy filing of God Nisanov?

Nevertheless, the closure of the institution, which was attended by 150 thousand people a year, caused a wave of indignation, which materialized in the form of petitions and letters to all authorities. At least four groups appeared on Facebook discussing how to return the zoo to people and animals. But, despite all the efforts, nothing worked.

The cost of buying land under the zoo amounted to 11 million euros, and of course, there was no talk of reselling it to the Russian oligarch, in more detail about this wrote the French edition of L'Express .

To local residents that were protesting against the deal, Bourne said that an extensive residential and commercial development project will appear at the zoo's site, which will create 300 new jobs - very significant for the village where 2 thousand people live. The amount of investment was estimated at 100 million euros. Were these people just blatantly lied to?

“This is unfortunate ! This zoo has existed since 1949, it was visited by three generations of residents of Cape Ferrat. But we cannot object to private affairs. A municipality with a population of 2 thousand people cannot pay 11 million euros in order to receive only 60 thousand euros per year, ”the mayor of the local commune Rene Vestri lamented. His words are quoted by L'Express. 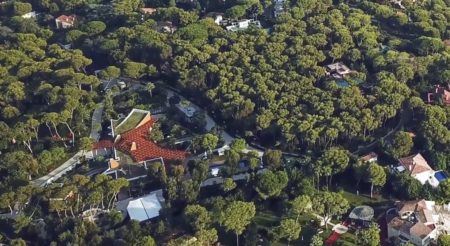 Villa of God Nisanov in place of the zoo

The fault of animals, including quite rare and exotic species, such as arachnids, was that they lived on one of the most expensive and prestigious sections of the Cote d'Azur. They urgently had to be relocated to other zoos.

But, of course God Nisanov became the neighbor of other oligarchs - Russian and not only. Such as Gavriil Yushvaev, Alexander Ponomarenko, Yuri Shevler, Pavel Fuchs, Victor Pinchuk and many others. However, the difference is, when they bought land and built their villas, they did not expel anyone from their homes and did not leave the locals with nothing. However, the Cote d'Azur is not rubber, there is no free space left on it to stretch out. So for someone’s own selfish needs, the little animals went under random distribution?

The cost of reselling the land to Nisanov and building a luxury villa is not mentioned anywhere. However, judging by the buildings, the presence of two pools, and much more, Nisanov did not spend just a little. 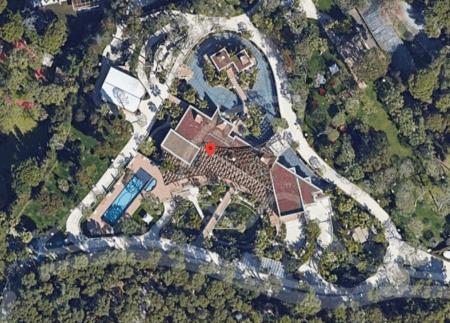 Nisanov visits the villa just a couple of times a year, all other times it is empty. How inconsiderate that is, given that the zoo worked and delighted residents every day. As they say, neither to themselves nor to the people. Probably, Nisanov wanted this to come take breaks from the wild number of scandals and problems that surround him and his business in Russia.

In the style of Nisanov

The amount of criminal activity going on in the food markets of God Nisanov in the capital - "Moscow", "Sadovod" and "Food City" is spectacular. In March 2019, raids and searches were held there, in which the police, the Russian Guard and the FSB took part. Allegedly, they were looking for criminals who are wanted and may be hiding in the markets of the capital's developer.

In addition, there are rumors that the market could have been searched for illegal cryptocurrency farms. So, Nisanov's markets were full of offers for the purchase of cryptocurrency for cash.

Remember Nisanov and the sins of his main asset, the GK "Kievskaya Ploshchad". In particular, it is precisely this Nisanov structure that people attribute blame for the collapse of one of the towers of the Ukraine hotel during its reconstruction, as well as a collapse in the metro of the Evropeisky shopping center.

The place Itself was completely built in the water protection zone. The construction of the shopping center in the fall of 2006 was disputed in court. This was done by representatives of the environmental prosecutor's office. In addition, the owners of "Kievskaya  Ploshchad" did not have an environmental impact assessment.

The construction of the underground parking could have resulted in the collapse of the arches of the Kievskaya metro station. But Nisanov’s company allegedly stubbornly refused to let Rosprirodnadzor’s (Federal Nature Management Supervision Service) specialists into the construction site.

Once there was even a brawl, but the experts eventually managed to get there before it escalated. As a result, it turned out that the fear of the people were not in vain or for no reason. What would happen if these violations were “blotted out” - a tragedy with human victims?

It seems that God Nisanov carries over his style of doing business wherever his foot sets foot. In the case of the zoo in Saint-Jean-Cap-Ferrat, this is exactly what happened. Now that the locals understand what the ransom of the land was for, they, to put it softly, do not quite like him.

But the animals will definitely not return there. They became yet another “victims” of God Nisanov’s love for a luxurious life. When will it stop?