Сan the management of Almaz-Antey indulge counterfeit goods worth billions of rubles?

The editorial office of The Moscow Post received two interesting letters, at first glance, from different "fields", but, as it turned out, both letters touch on one problem: the likely corruption in the Almaz-Antey Corporation, the NITA company and other affiliated offices.

It is necessary to remind about such a forgotten fact: at the end of December 2018, both Almaz-Antey and NITA, it would seem, were under the hood of investigators, as curious facts about how budget billions could be "divided" had surfaced. And the press vied with each other to juggle the names of General Director of the Almaz-Antey Corporation Yan Novikov and the Head of NITA LLC Sergey Pyatko, who in the recent past was an adviser to Mr. Novikov in the Almaz-Antey Corporation.

The second letter tells about the working conditions in NITA LLC.

"We are talking about the corruption component," - employees of the State ATM Corporation write. The same is reported by ordinary employees of NITA LLC. All these companies work closely with the Almaz-Antey Corporation. Isn't that where the acquisitive wind blows from?

The correspondent of The Moscow Post tried to investigate these details.

Did Bombardier fly by?

Let's remind once again about some eloquent events.

At the end of December 2018, NITA LLC, which supplies scientific and technical developments to FSUE State ATM Corporation, was searched in the city on the Neva river. The Moscow Post received a letter from its employees.

Let us recall that the New Information Technologies in Aviation company (NITA) was registered in 1999. The main activity is research and development in the field of natural and technical sciences. The company is owned by two individuals: Alexander Porublev (51%) and Oleg Zykov (49%). The main counterparty is State ATM Corporation.

The reason for the searches was a criminal case of fraud on a particularly large scale in the execution of contracts with the St. Petersburg State University of Civil Aviation. This was reported by Kommersant.

Operatives were interested in evidence of criminal actions committed by officials of Nita LLC when fulfilling the contract for the supply of the Bombardier CRJ200 passenger aircraft simulator to the University. 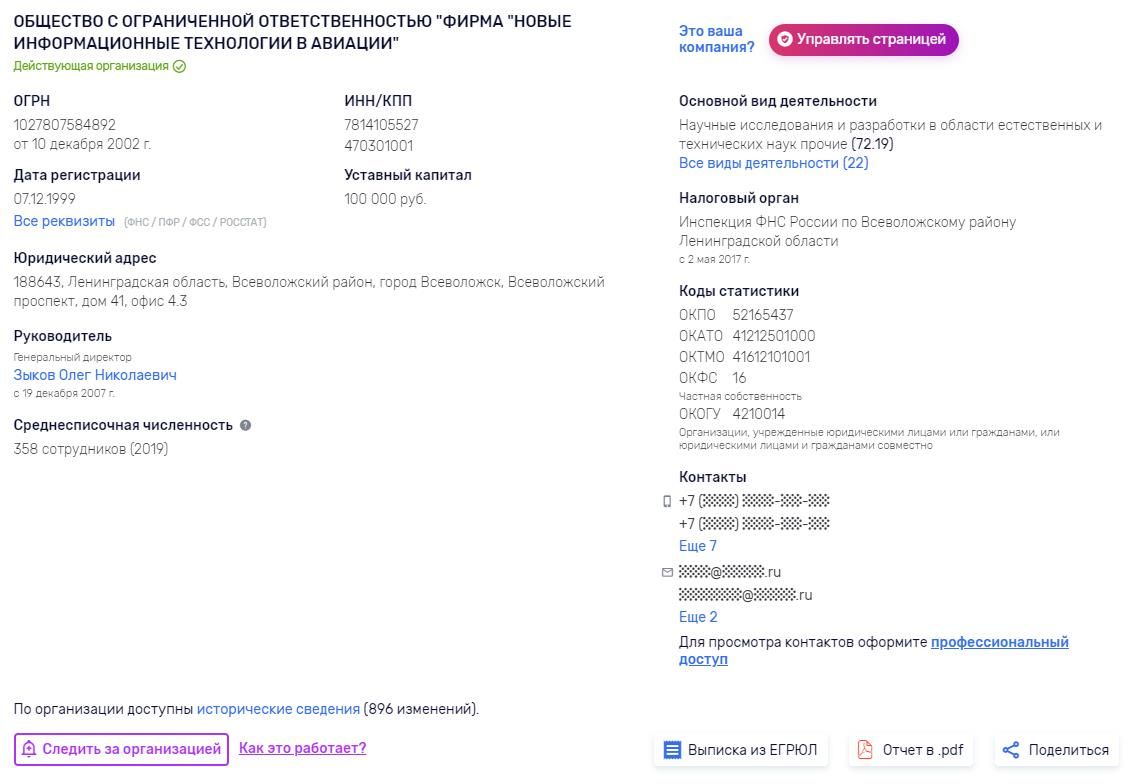 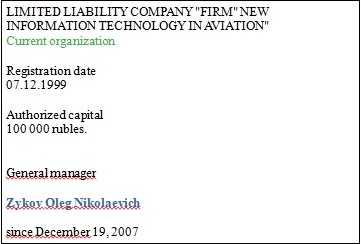 The investigation believed that the equipment was transferred by the company in improper condition, but the University accepted it. The amount of damage is 350 million rubles. 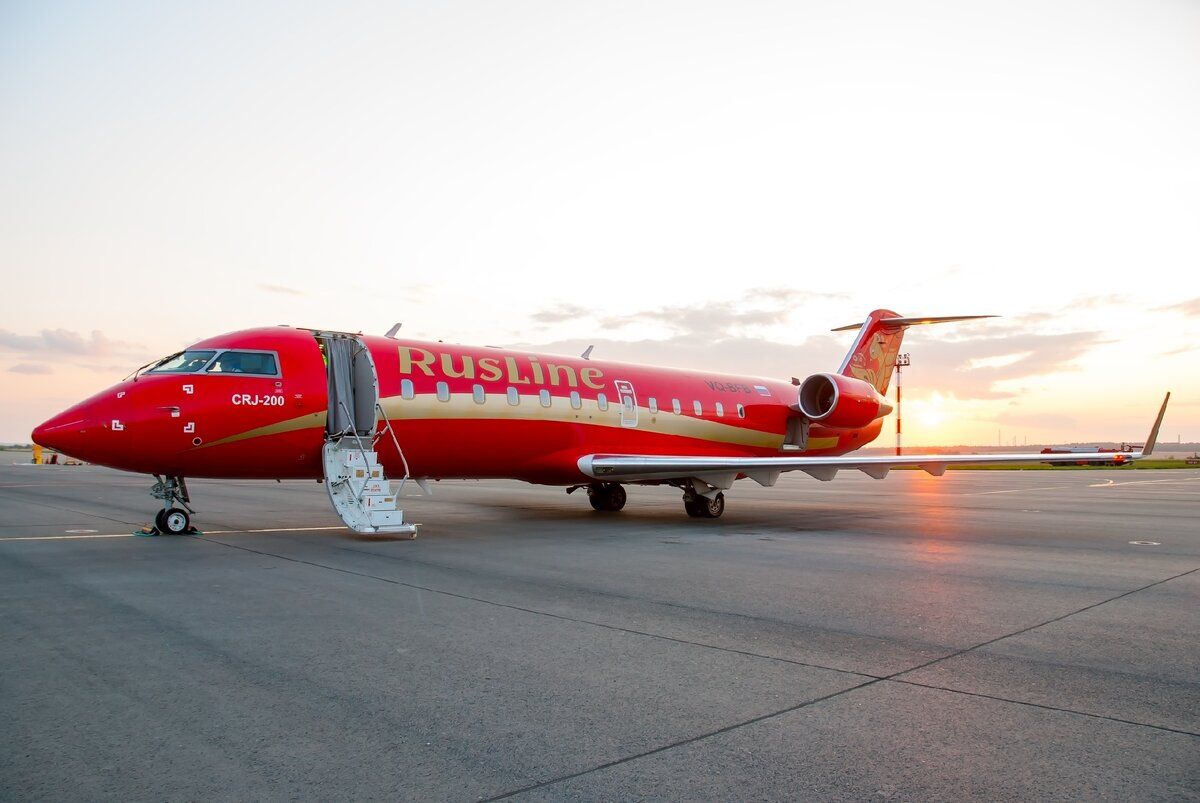 According to the website of public procurement, NITA LLC fulfilled more than one order of the St. Petersburg State University of Civil Aviation. In 2015, the company won a competition for 540 million rubles for the right to conclude a state contract for the supply of an Airbus 319/320/321 aircraft simulator.

In addition, the company supplied radio and navigation equipment: NITA LLC won a tender for the supply of this equipment for 130 million rubles in 2017. 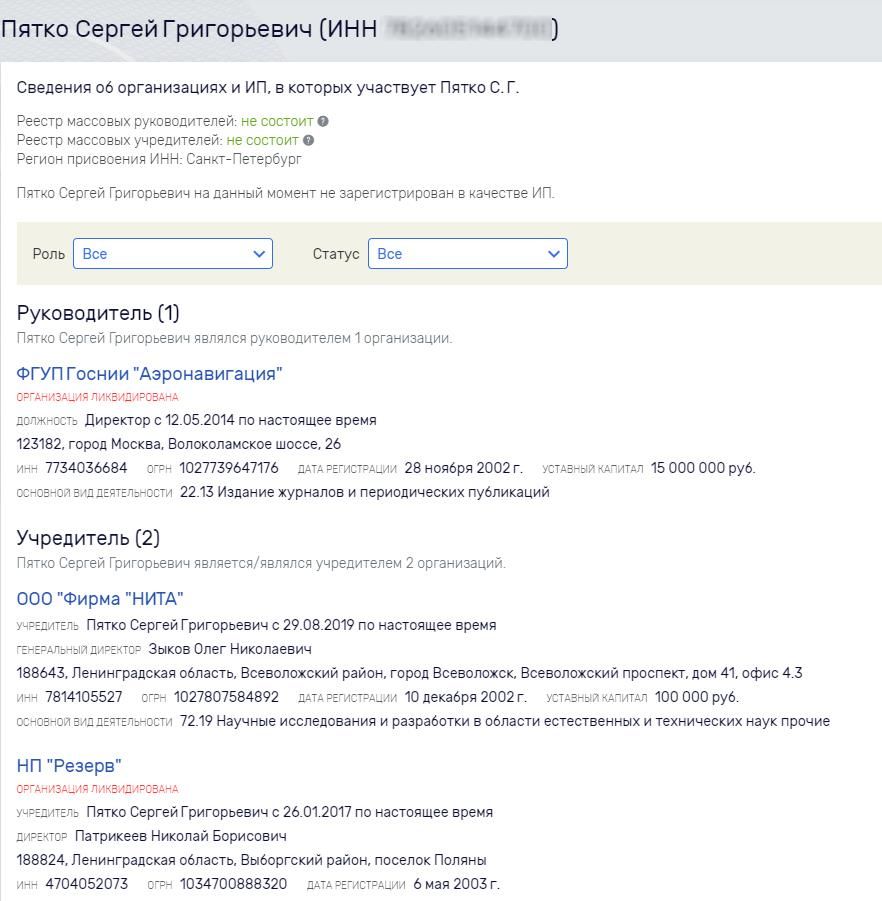 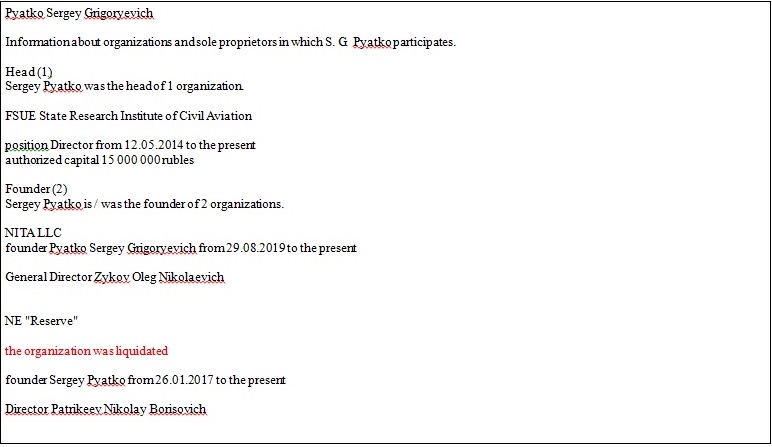 Investigators made a suggestion: instead of the simulator, the University could have received metal garbage that was unsuitable for use. Does it mean that millions could simply be "divided" between interested parties? 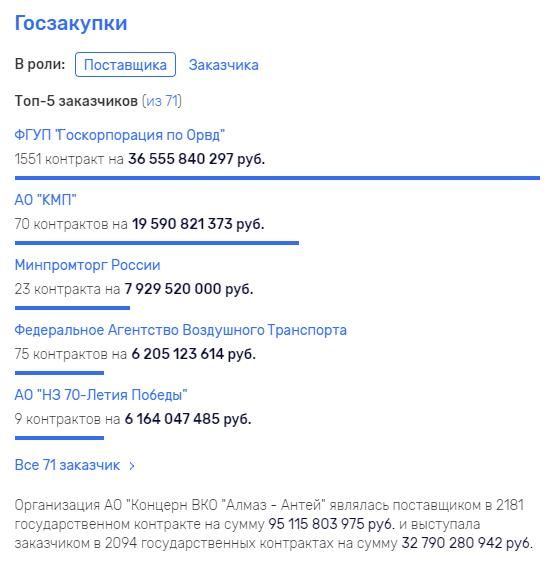 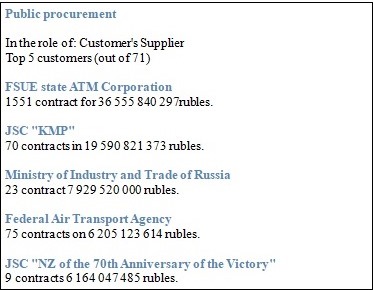 Advisor to the General Director of Corporation Sergey Pyatko was associated with the contractor firm. So could there be a corruption component? The operatives did not work for long: the case was eventually hushed up.

It should be noted that St. Petersburg State University of Civil Aviation is headed by rector Mikhail Smurov, NITA LLC is 49% owned by Oleg Zykov, and 51% belongs to Alexander Porublev, who may also be backed by Sergey Pyatko.

It should also be recalled that Sergey Pyatko was the General Director of State Research Institute of Civil Aviation "Air Navigation": this office was liquidated in 2012. And certain Svetlana Pyatko together with Oleg Zykov is a co-founder in 4 organizations.

It turns out that all of them are involved in business, aren’t they?

There is also a certain NPO (Scientific Production Association) Azimut, in which the same Oleg Zykov is the founder. 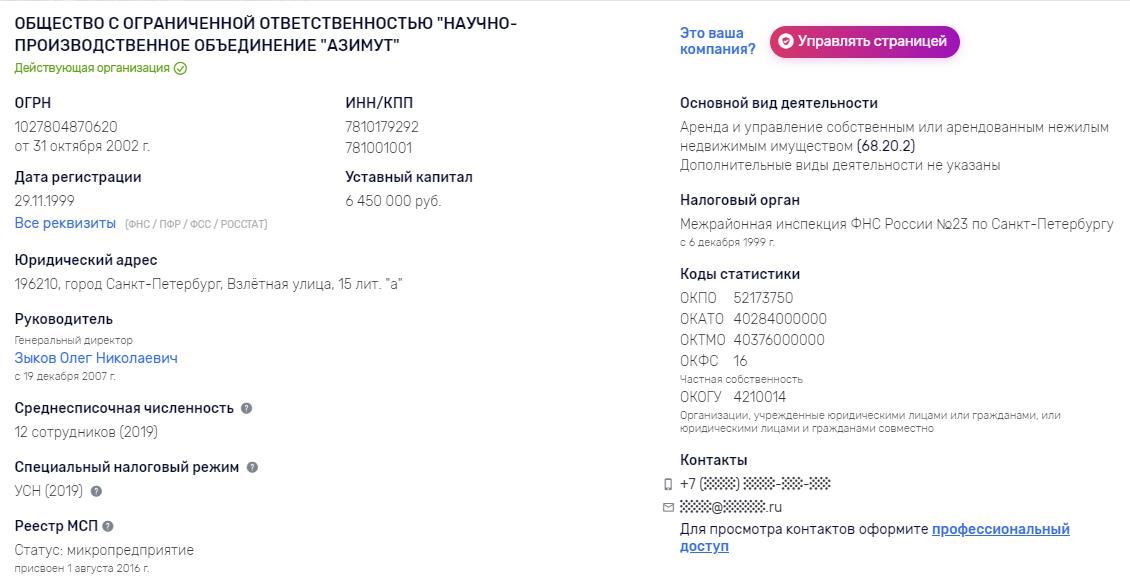 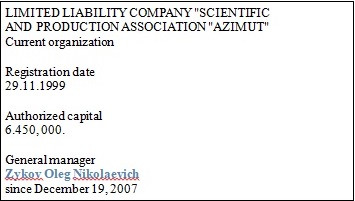 We should also remind one more fact: NITA LLC had 2 contracts with St. Petersburg State University of Civil Aviation for 459 million rubles.

NITA also had 6 contracts for 210 million rubles with JSC VNIIRA, which is managed by Almaz-Antey Corporation. Probably, it is through this company that money is withdrawn, isn’t it? With revenue of 4.2 billion rubles, its profit is minus 932 million rubles, the cost is minus 659 million rubles. Such results of financial activity, it seems, should certainly be of interest to the relevant authorities.

The scheme can presumably be as follows: Almaz-Antey pays NITA LLC, and the latter withdraws money through JSC VNIIRA, which belongs to the office of Yan Novikov.

The Corporation itself has got contracts with JSC VNIIRA for 1.3 billion rubles. 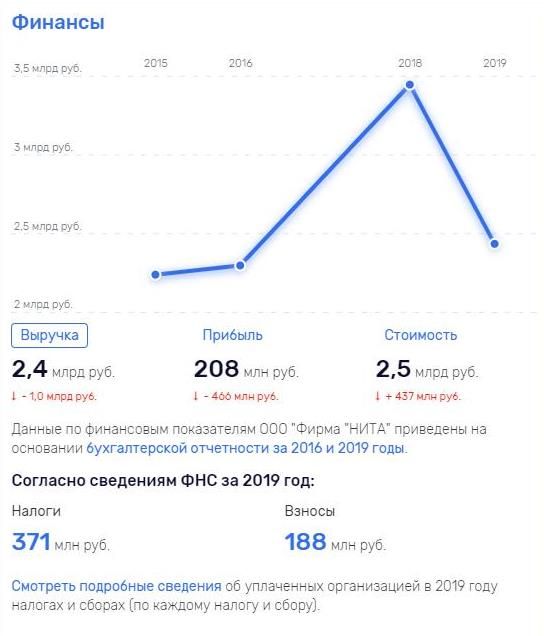 The Almaz-Antey Corporation includes more than 60 companies. The complex ownership structure of the group's companies seems to offer a brilliant opportunity to embezzle millions through internal "transfer" of money.

About how and what is stolen in Firm NITA LLC there are lines in another letter to the editor.

Quoting the letter: "NITA LLC steals other people's ideas and passes them off as its own, not hesitating to pay money to third-party developers. For example, the training simulator of the Yak-18 aircraft was developed by the Penza Design Bureau, and NITA LLC appropriated the development and received a patent for the invention. Wages at the company are "black", in an envelope. In general, they steal in everything. Employees are waited for a very poor old age and a meager pension. And if you are without "acquaintanceship", then when you are dismissed, they will deceive you with money, you will not see your wage, and you will also pay your own for some computer broken by their relative..."

Life without a basin and a light bulb

But now it's time to announce what ordinary employees of the State ATM Corporation write to the editorial office of The Moscow Post.

"Recently, work has been carried out to plan the company's activities for 2021. At the same time, taking into account the current situation with a significant decrease in the State Corporation's revenues, the company's managers send orders to the branches to reduce funding for all items of expenditure of the State Corporation's activities in 2021 and bring their cost to the prices of 2019. 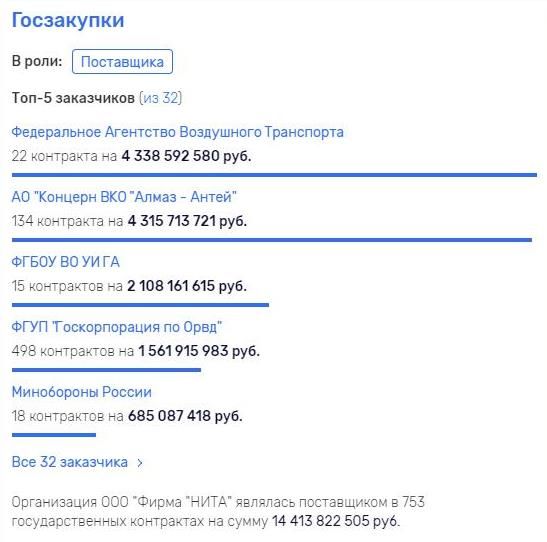 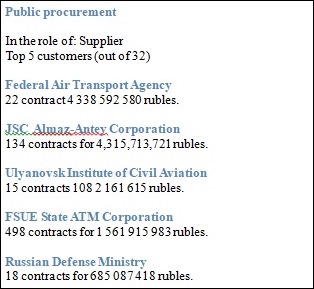 It got to the point that branches are forbidden to buy buckets and basins for cleaning premises, they are offered to unscrew light bulbs to reduce electricity consumption, partially disable radio equipment for flights,  it is not allowed to use official vehicles. And go to the objects on foot. In case of non-compliance, they face various sanctions, including dismissals."

Further, employees of the State Corporation report such egregious facts: allegedly, on September 8, a letter was sent to the State Corporation for approval of major transactions signed by the acting Head of the Federal Air Transport Agency A. A. Novgorodov (ex. no. 36764/14). In this letter, the Federal Air Transport Agency gives consent to the State ATM Corporation to conclude a number of contracts. The first is agreement No. 797/20 on the donation of funds to the all-Russian public organization Russian Basketball Federation. The cost of donations is 50 million rubles. 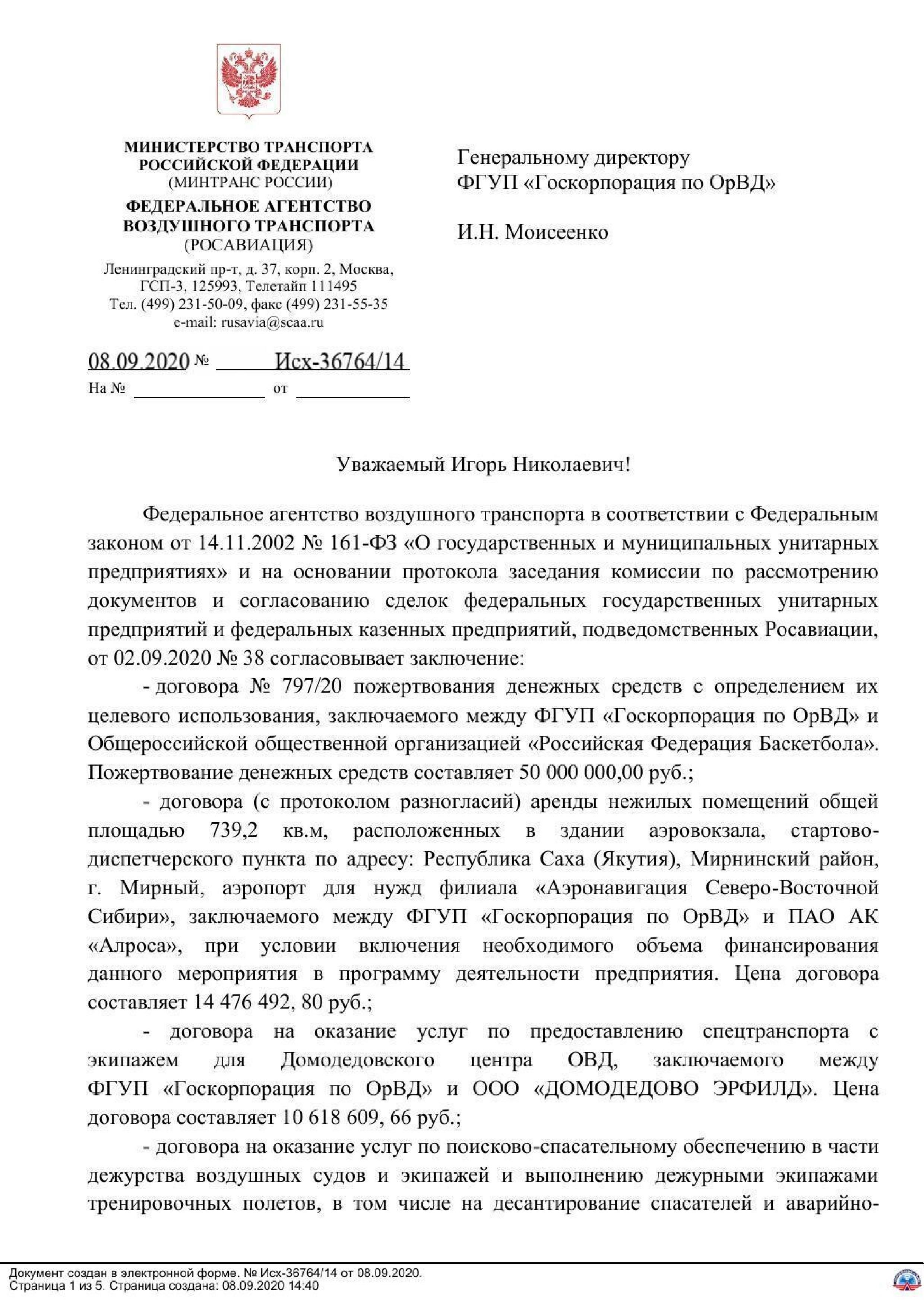 The letter from Head of the Federal Air Transport Agency A. A. Novgorodov to General Director of State ATM Corporation I. N. Moiseenko

This is followed by lease agreements for movable property with subsequent purchase: air launch installations based on the KAMAZ rescue vehicle, the Mercedens-Bens-223600 bus, a medical van for RESCUERS, and four fire trucks for a total of 100 million rubles. This property should be leased to Simferopol International Airport LLC. But it should be noted that this airport is not a state-owned enterprise. Among its founders,  there is no State ATM Corporation or Rosaviatsia. The sole founder is private Accord Invest LLC.

The question arises, why, based on the decisions made by officials of the Federal Air Transport Agency, the State Corporation, reducing its finances for its own normal support of production activities in 2021, should finance a public organization? And transfer property worth 100 million rubles to the private airport? Employees in their letter also mention the constant checks and criminal cases initiated in the State Corporation, as well as the escapes abroad of former managers who save themselves from criminal cases in this way.

Indeed: how many budget millions could these fugitives have taken with them?

But back to NITA LLC. The firm was also highlighted as a contractor for the Almaz-Antey Corporation during the construction of the Flight Control Centre in the Moscow air hub, which was ordered by the State ATM Corporation.

The ending of this object was postponed several times, and the construction lasted for a long 10 years. 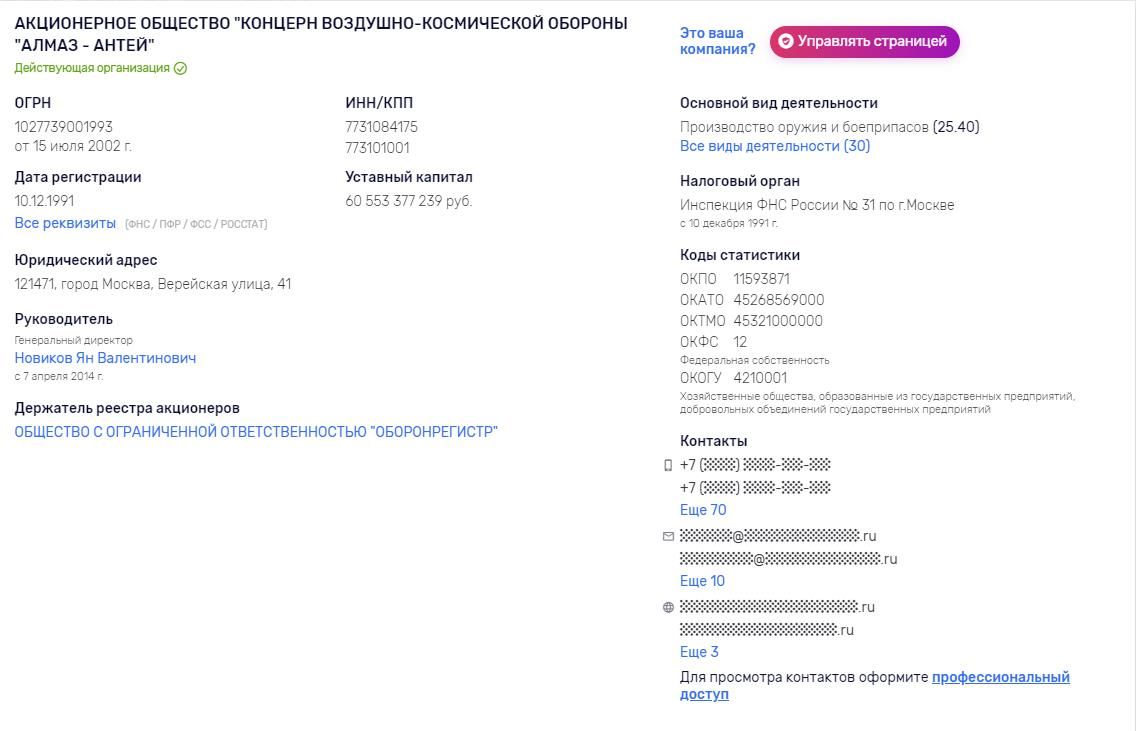 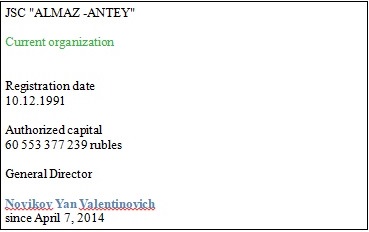 It should be recalled that the Almaz-Antey Corporation is the largest supplier for the State Corporation, the total volume of contracts reaches 30 billion rubles. And if NITA LLC and VNIIRA LLC act as contractors, then a lot of money may well flow through them.

For failure to meet construction deadlines, the State ATM Corporation filed a lawsuit against Almaz-Antey for 130 million rubles. But this claim was rejected. Apparently, this claim was filed in order to cover up a possible "dividing" by the customer and contractor? 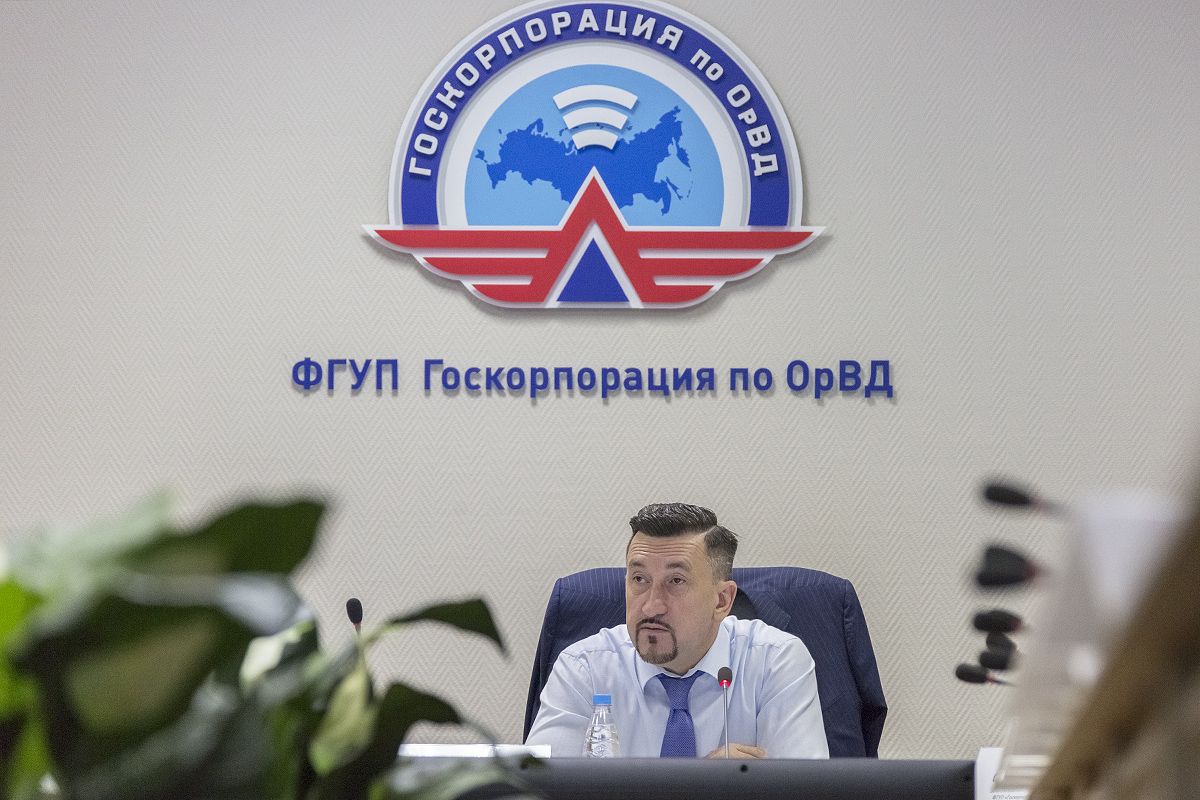 He became head of the State ATM Corporation in 2012. Prior to that, Mr. Moiseyenko had held leadership positions in the airports of Sochi and Vnukovo. For a long time, he was an adviser to Sergey Chemezov, General Director of Rostec GC.

The fact that the Almaz-Antey Corporation was and is being embezzled is evidenced by a number of murders that occurred in 2003-2009.

Recall the chronology. On January 2, 2003, Alexander Poretsky, first Deputy General Director of the Obukhov plant (part of the Corporation), was found hanged.

On July 30, 2009, Andrey Barabenkov, Head of the Real Estate Department of Almaz-Antey was killed.

All these employees of Almaz-Antey could be directly related to the distribution of real estate that was transferred to the Corporation through bankruptcy procedures. And then it could be implemented through transactions with criminal structures. But the witnesses of these transactions were removed, weren’t they?

One of the main enterprises of the Corporation was NPO (Scientific Production Association) Almaz, which was headed by Igor Ashurbeyli back in 2000. He established JSC KB-1, to which the real estate objects of the NPO Almaz were transferred. This was reported by The Moscow Post. 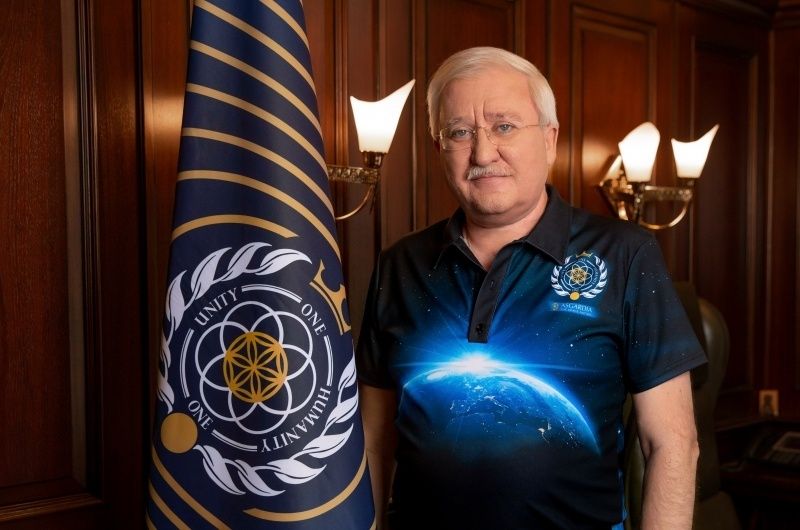 And soon, out of 152 objects, only 11 remained. After the additional issue of stocks of KB-1, Igor Ashurbeyli became the owner of 76% of the stocks, while NPO Almaz had only 24% left.

Is it possible that Almaz-Antey Corporation is paying for the rental of real estate which was withdrawn by Ashurbeyli? In fact, it turns out that we pay for our own objects? Could such a huge operation to remove more than 140 objects have taken place without the knowledge of management of the Corporation? Unlikely. But why hasn't this issue been raised yet?

Can it be that Igor Ashurbeyli shares with Yan Novikov?

There are many questions, that is why