Without wings and conscience: after searches in Aeroflot, questions will arise to Bogdanov and Savelyev?

Searches at Aeroflot could be the beginning of a serious investigation, the strings of which can stretch up to the very head of the Ministry of Transport?

According to the correspondent of The Moscow Post, today there was information that Deputy Transport Minister Kirill Bogdanov, who was previously deputy general director of Aeroflot when he was headed by the current head of the Ministry of Transport Vitaly Savelyev, is resigning. According to the authors of the Aviatorshchina Telegram channel, allegedly Bogdanov is also involved in the case of ex-deputy head of Aeroflot Andrei Panov.

Recall that two days ago, the security forces raided the offices of Aeroflot on Arbat and seized documents and hard drives of the FSB in departments related to marketing, strategy and product quality departments. Izvestia wrote about this.

First of all, many suggested that this could be due to claims against the former head of the unit, Andrei Panov, who recently left Russia and managed to "distinguish himself" with anti-Russian calls.

It is highly likely that now law enforcement officers may have questions to the Minister of Transport of the Russian Federation Vitaly Savelyev.

If you carefully study the history of the escape from the country of the former deputy general director of Aeroflot Andrei Panov, there is an assumption that sudden criticism of Russia's actions in the international arena on his part did not occur by chance. And his comments on this topic can be dictated not so much by worries about what is happening, but by the desire to divert attention from his possible "dark affairs" committed during his four years with the airline.

According to the authors of the Telegram channel Baza, the alleged security officials who conducted the searches were especially interested in documents related to the consulting company Bain & Company, whose partner was Andrei Panov.

In 2019, Bain & Company won a tender for updating the marketing strategy for Aeroflot, Rossiya, Aurora and Pobeda airlines, requesting 194 million for services at a starting price of 209.1 million rubles. 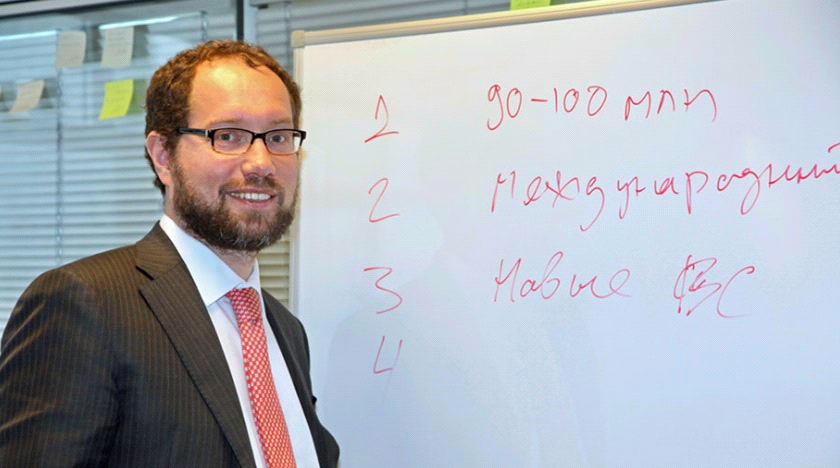 The escape of Andrei Panov for many came as a surprise. Photo: ria.ru

The specialists who are on the topic have already spoken out about this transaction, describing the scheme for the distribution of funds for direct expenses related to the implementation of the contract, as well as for taxes, profits and, of course, classic "kickbacks" transferred to the customer's representative, which could be Panov. The vast majority agree that the order for 196 million rubles for updating the strategy with its own department of marketing, strategy and product quality (by the way, such structures exist in each airline) raises many questions.

According to the authors of the Telegram channel "Managing Director," allegedly about 12 million rubles, according to their calculations, from the amount of the contract could be direct expenses of Bain & Company, the rest for tax deductions and "kickbacks" - became its net profit, while "kickbacks" could be calculated in substantial amounts with six zeros.

By the way, this story recalled another "skeleton" in the Aeroflot closet - the so-called "lawyers' case" related to the withdrawal of money from the airline.

In March 2021, a criminal case was heard in the Gagarinsky District Court of Moscow on charges of Deputy General Director of Aeroflot, (who was then Vitaly Savelyev) Vladimir Alexandrov, as well as the head of the department for interaction with state authorities Tatyana Davydova and two lawyers - Alexander Slivko and Dina Kibets. This "quartet was suspected of large-scale fraud. Kommersant wrote about this.

According to investigators, Vladimir Alexandrov some time ago organized the conclusion between Aeroflot and lawyers of 4 agreements on the provision of legal assistance. At the same time, forged acts of allegedly performed services were prepared, and more than 250 million rubles were transferred to the bank accounts of lawyers.

At the same time, Aeroflot has its own legal department. It seems that such a mutually beneficial "outsourcing" for Aeroflot is generally commonplace.

Recall that Andrei Panov, according to him, who escaped from "totalitarian Russia" and called on his colleagues to sabotage the implementation of contracts, was a partner of Bain & Company, according to information from open sources, he could pretty much "warm his hands" on other contracts.

After such information, the pseudo-patriotic column that Panov wrote after his escape to the West in the Financial Times is perceived in a completely different way.

The sudden desire to resign Deputy Minister of Transport Kirill Bogdanov, who went to work in the ministry after his chief Vitaly Savelyev, when he moved from the chair of the head of Aeroflot to the ministerial office, added questions to him and to the minister himself. Therefore, in bureaucratic circles, and even wider - in the industry, there are already conversations - and will the investigation, as a result, show interest in these two citizens in the context of the recent searches?

In addition, the whole story with the contract with Bain & Company can only be the tip of the iceberg. 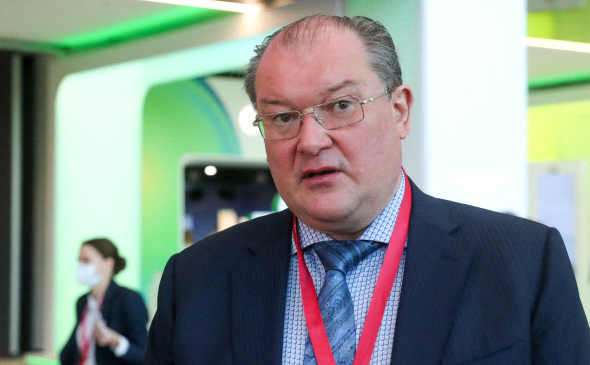 Kirill Bogdanov's resignation may be related to searches at Aeroflot. Photo: rbc.ru

The deal with Bain & Company is a trifle in comparison with the sensational story about planes registered offshore, The Moscow Post has recently written a large text on this topic.

For many years, this was the norm for the Russian fleet - carriers explained their actions by the desire to maximize the cost of equipment and increase its service life. However, domestic experts consider it erroneous that in Russia it is impossible to properly control the shelf life, because from the CIS countries our country has the greatest potential for this kind of work.

At the same time, it is no secret that in fact offshore is a "muddy cell" in itself, no one knows what financial fraud is committed inside it. And the plane is an extremely expensive facility, which requires millions to maintain, which are often taken from the pocket of the state. In 2020, Aeroflot and two subsidiaries, Russia and Aurora, were allocated 7.89 billion rubles. Whether they were spent as intended or leaked abroad, no one will say. At the same time, Aeroflot ended 2020 with a loss of 97 billion rubles. 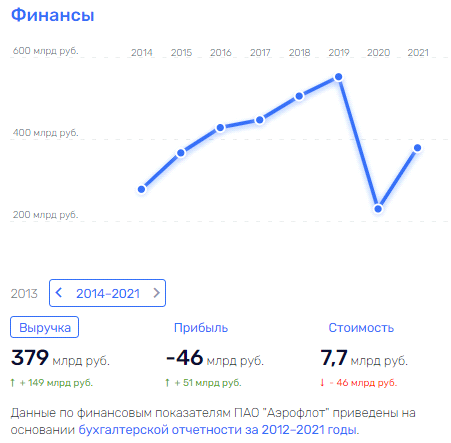 Aeroflot, with all the giant subsidies received from the state, cannot get out of the financial hole. Photo: rusprofile.ru

For several years, Rosaviatsia fought for the return of aircraft to Russian jurisdiction. According to Izvestia, due to the registration of aircraft abroad, Russia in only two years received less than 225 billion rubles of customs duties in 2015 prices. At the current rate, the numbers will be several times higher.

However, as Oleg Panteleev, executive director of the Aviaport agency, noted in an interview with Tsargrad, in this case, the Federal Air Transport Agency is unlikely to have primary financial motives. 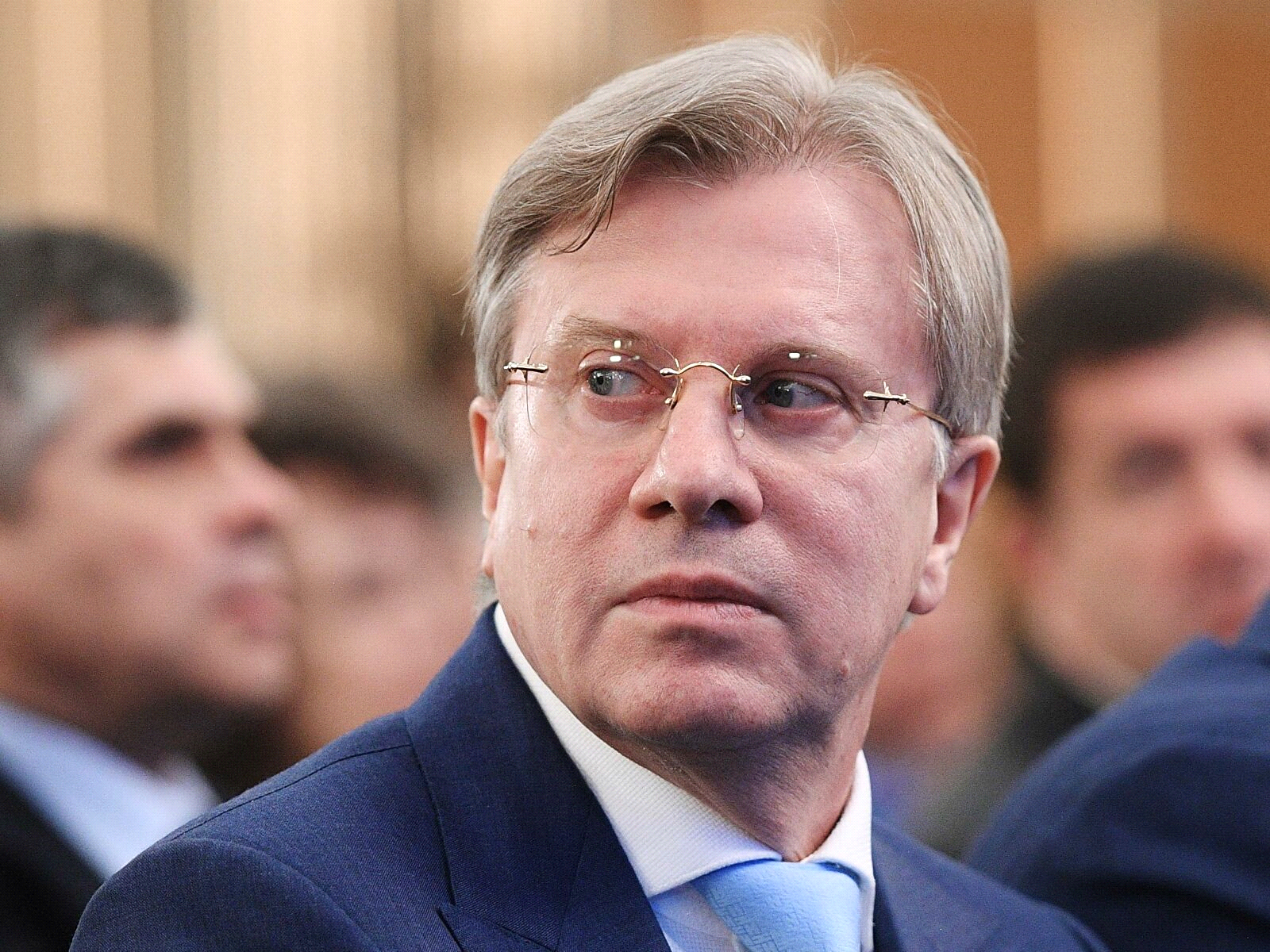 If you look back in the past, then in 2012 the share of foreign aircraft was 76.8% of the total number of imported ships, and in the first half of 2014 82.9% of foreign ships were operated in domestic airlines.

In 2019, Foreign Minister Sergei Lavrov proposed breaking the intergovernmental agreement between Russia and Bermuda, which allows delegating authority to maintain airworthiness at the place of registration. As of 2019, 95% of aircraft engaged in air transportation in Russia were registered there. But airlines said at the time that such a decision was dangerous for passengers. Or maybe it is more fraught with "losing weight" of the wallets of the heads of airlines and the officials patronizing them?

Izvestia, citing its sources, reports that we are talking about operational measures that are still being carried out as part of a pre-investigation check, no case has yet been initiated. But, according to many experts, this is a matter of time, and this time the interest of security officials in Aeroflot, most likely, will not be limited to transactions to update the marketing strategy.