Will Yuzhilin get out of the ground?

Who can fight for the right to build a St. Petersburg subway?

According to The Sankt-Peterburg Post, under the sensitive supervision of transport vice-governor Maxim Sokolov, the St. Petersburg Metrostroy can be destroyed so that Lenmetrogiprotrans and Metrogiprotrans come in its place. The first company is known as the designer of the never-appeared Oryol tunnel, which was handled by First Quantum Partners Vitaly Yuzhilin, a partner of the famous St. Petersburg businessman Ilya Traber. And, here is a surprise, it was with the return of Sokolov to the Northern capital, that the tunnel project came to life again.

Metrogiprotrans, in turn, is controlled by people close to Roman Abramovich. It is possible that he, along with Yuzhilin, wanted to control the construction of the tunnel, metro and underground communications in St. Petersburg. At least this could explain why such a resonant scandal with Metrostroy broke out in a usually calm city on the Neva: as a rule, such issues are resolved quietly.

Indeed, earlier The Moscow Post wrote about other possible interests in the corporate conflict in Metrostroy, including businessman Gennady Timchenko and VTB, who have long wanted to engage in metro construction in the Northern capital.

Recall that now a stalemate has developed in Metrostroy: the company has about 20 billion rubles of debts, over the past two years the head has changed four times there, and recently a statement to law enforcement agencies signed by the deputy general directors of Metrostroy OJSC Yaroslav Melnikov and Sergey Rumyantsev was at the disposal of our editorial office. In it, they report alleged violations by the company's management. The reason for this was the dismissal of the general director Ivan Kargin, who was replaced in this position by his predecessor Alexander Starkov. According to some information, the latter may be on the side of the "destroyers" of the organization, and Kargin, on the contrary, wanted to withdraw the enterprise from the crisis.

According to unconfirmed information, behind such permutations in the company may be the ex-Minister of Transport of the Russian Federation Maxim Sokolov, who for this reason could return to work in St. Petersburg. Previously, he worked in various positions in Smolny from 2004 to 2009, his last position in the administration of St. Petersburg is also the vice-governor. He is considered a person from the team of Valentina Matvienko: during her governorship, Maxim Sokolov launched the construction of the WHSD and implemented her plans to create an autocluster in St. Petersburg - Toyota, Hyundai, Nissan and others factories opened under him.

But it was under Matvienko that work on the construction of the Oryol tunnel, the crossing near the Neva, progressed most closely. Then the city entered into a concession agreement with Nevsky Concession Company LLC, controlled by the First Quantum group, for the construction of the structure. It was supposed to become two-level, in each direction three lanes were supposed. But in 2012, the contract was terminated. 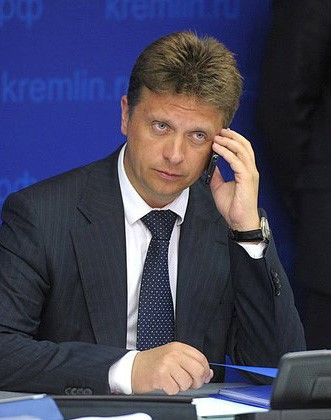 Nevertheless, it recently became known that in the current general plan of St. Petersburg the possibility of the appearance of the Oryol tunnel has been preserved. It is possible that Mr. Sokolov pushed this idea.

Note also that earlier there was already talk that the transport vice-governor could act in the interests of businessmen Vitaly Yuzhilin, Andrei Molchanov and Sergey Matvienko. Supporters of this idea recall that Sokolov at one time worked as the first deputy general director of the LSR Group Andrei Molchanov. Also, through the efforts of Sokolov, the Sea Facade project could be implemented, the main beneficiary of which was called businessman and at that time State Duma deputy Vitaly Yuzhilin. Among the developers, then there was information that Sergey Matvienko could be an interesting one. the son of Valentina Matvienko, wrote Version.

The story of the Oryol tunnel can lead us directly to what is happening now in Metrostroy. The fact is that at the beginning of the zero, Lenmetrogiprotrans won the competition for designing the crossing. The ownership structure of LMGT looks somewhat strange: 64.38% of the organization is controlled by the Veteran LMGT Union (a public organization formed during the privatization of the research institute, the main activity is "Residential Care Activities"), another 25.48% is controlled by Baltmetroproekt LLC, controlled by LMGGT itself There is an opinion that in fact Vitaly Yuzhilin himself may be behind Lenmetrogiprotrans.

Moscow Metrogiprotrans is the holder of another 8.5% of the company's shares. As Kommersant wrote, Muscovites back in 2019 offered to acquire a blocking or controlling stake in the St. Petersburg LMGT. In fact, both firms are the largest players in the country's market, so together they would create a monopolist. However, the shareholders of the St. Petersburg organization refused the offer.

Behind Metrogiprotrans, the figure of billionaire Roman Abramovich is visible. The fact is that the president and co-owner of the organization, Arthur Mints, who was previously a close business partner of businessman Abramovich. As Rosbalt wrote, in 2020 he was charged in a criminal case of embezzlement of 8.8 billion rubles allocated by the state for the design and construction of the Central Ring Road (CKAD) in Moscow.

The current co-owner of the enterprise Valery Abramson is considered close to Abramovich. According to unconfirmed information, his name surfaced in the testimony of Pyotr Khomyakov, now a late member of the extremist group Northern Brotherhood (banned in the Russian Federation), who received four years in prison in 2012 for extremism and fraud for 3 million rubles, RIA Novosti wrote. At one time, Khomyakov was the head of one of the areas of Spetsmetroproekt LLC, which participated in the TsKAD project.

It turns out that Abramovich's people back in 2019 wanted to gain control of a direct competitor, probably close to Yuzhilin. Moreover, as Fontanka wrote, at the end of the same 2019, Moscow Metrogiprotrans filed a 60 million lawsuit against the general director of Lenmetrogiprotrans Vladimir Maslak. The story began with a tax audit, which took place at Lenmetrogiprotrans two years earlier. Its results showed that in 2014-2016 the company committed a number of violations; in particular, improperly applied tax deductions in the framework of mining and environmental monitoring. Then Maslakov said that the auditors "framed" him in front of the shareholder.

According to the file of arbitration cases, in 2020 the Union "Veteran LMGT" filed a lawsuit against LMGT itself. The essence of the conflict was that the latter did not want to include in the list of candidates for election to the board of directors a number of the oldest employees of the company, including Vladimir Maslak. However, through the court, the organization was ordered to do this and Maslak is still "at the helm" of the LMGT. Really in this way, immigrants from Moscow decided to take over the St. Petersburg organization? 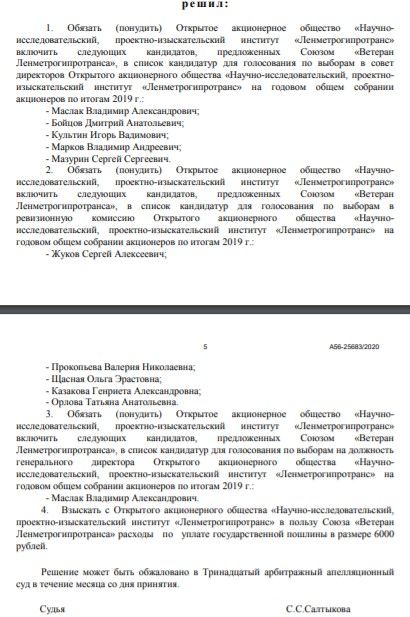 Partly hands of LMGT carried out "sinking" of Metrostroy. As Fontanka wrote, the design institute announced its intention to go to the arbitration court for declaring OJSC Metrostroy bankrupt. However, judging by the information available on the network, the matter did not go further.

From Traber to Timchenko

If Yuzhilin really stands for LMGT, then it will not be superfluous to note that Ilya Traber, influential in the North-West region, is called among his long-standing partners. Earlier, The Moscow Post wrote in detail that at the beginning of the zero years, the offshore Nasdor Incorporated was the shareholder of Seaport St. Petersburg OJSC. And supposedly behind him were Yuzhilin and Traber. Yuzhilin can now work in close spike with a businessman specializing in the port business - in particular, in his interests, to engage in the project of a methanol complex in Ust-Luga.

It turns out that now Mr. Abramovich could also connect to long-time partners Yuzhilin and Traber. Such a "front" should confront billionaire Gennady Timchenko, who, it seems, does not hide his interest in Metrostroy.

The fact is that in August 2020, as Kommersant wrote, the share of 13.62% in Metrostroy, previously owned by Vadim Alexandrov, the father of the ex-director of the organization Nikolai Alexandrov sitting in the dungeons of the pre-trial detention center, was suddenly in the hands of his daughter-in-law. Then this share went to Stroytransgaz Gennady Timchenko. And then Nikolai Alexandrov suddenly went on his own recognizance.

Konstantin Eroshenko, close to the billionaire, also came to the company. The latter for some time combined the position of adviser to Kharlashkin in Metrostroy with management in two companies with the name Metrotransstroy and associated with Mr. Timchenko. The billionaire himself sought the creation of a new metro-building organization in St. Petersburg and, through Eroshenko, hoped to expand the interests of his energy companies through the transfer of Metrostroy contracts to Metrotranstroy, controlled by Timchenko.

And at one time Timchenko, it seems, managed to conceive: as The Moscow Post previously wrote, as a result, Gennady Timchenko's Metrotransstroy and Metrostroy of the Northern Capital (MSS) were formed in St. Petersburg - this is a joint venture between St. Petersburg and VTB.

It would seem that after that the fate of Metrostroy could be predetermined, and structures close to Timchenko could be engaged in the St. Petersburg subway. But this did not happen - on the contrary, the situation around the company is only heating up with renewed vigor. And such processes for a calm city on the Neva, frankly, are not characteristic.

All this hints that Timchenko has serious rivals. They may be Yuzhilin and Abramovich, who wanted to control the construction of the Oryol tunnel, metro and underground communications in St. Petersburg. And not the last role in this fight can be played by vice-governor Maxim Sokolov, who has long been supposedly on a short leg with Mr. Yuzhilin.