Will Tikhonov be added for Iranian oil?

What is the probability that Deputy Minister of Energy of the Russian Federation Anatoly Tikhonov will be added another charge?

The editor-in-chief of The Moscow Post was right noting that Deputy Minister of Energy of the Russian Federation Anatoly Tikhonov is under investigation  for a minor reason, as if a blind eye is turned to the possible scale of corruption. Anatoly Tikhonov, along with his adviser Roman Ryzhkov, went to the pre-trial detention centre by the decision of the Basmanny district court on September 9. They are accused of embezzling at least 603 million rubles during the implementation of a project to create a state information system for the fuel and energy complex (SIS FEC). Allegedly, the cost of the work was inflated.

In addition, according to the investigation, the technical task was written for one company, JSC Lanit, which excluded participation in the auction of other competitors. Vice-presidents of JSC Lanit Vladimir Makarov and Viktor Serebryakov were also arrested.

Even before the indictment, the editor-in-chief of The Moscow Post Alexey Kozlov, in an interview with МК, emphasized that in fact, Tikhonov was being taken for a "trifle", as if they are deliberately losing sight of more significant reasons.

Generally, the real reason may be in the fact that, in the opinion of his "partners", he could distribute the funds received from the oil trade income in the wrong way. In addition, his probable patron, former Deputy Prime Minister Alexander Khloponin, will no longer save him.

The figure of Tikhonov interested journalists of our publication back in 2014, a year after he moved from VEB to to the position of Director of REO in the Ministry of Energy. Formally, he was invited by Minister of Energy Alexander Novak, but in fact, it was rumoured that Alexander Khloponin was behind his appointment. By the way, current Governor of the Chelyabinsk region Teksler comes from the same team.

Then the provision of Crimean energy and cable laying was transferred from Inter RAO to REO. For  "dividing" of the budget alone in this area, one could be blamed!

There was an assumption that the funds "flowed" into someone's pockets, because the project became more expensive and was constantly being delayed. Its implementation time was 1.5 years. For comparison, Soviet engineers, working conscientiously, connected the besieged Leningrad in two days.

But the Crimean story of the Ministry of Energy did not end there. An international scandal brought turbines for the Crimea, ordered from Siemens. However, the Ministry of Energy could not carry out the deal openly, and sanctions were imposed on the Russian Federation. Then they said that they were allegedly being built for Taman, and then they found out that they were transferred to the Crimea. Europe was indignant!

Behind the spilled Iranian oil…

At that time, Russia accounted for about 300 million barrels from Iran. The price reached $2 per barrel by those standards, which is about $600 million. Thus, Tikhonov's "income" could amount to $600 million! Space money in comparison with Russian "wooden" ones.

It was rumored that structures of Ruslan Baisarov, who is the former co-owner of the Moscow oil refinery, a close friend of the head of Chechnya Ramzan Kadyrov, were a reliable roof in the oil business of the Minister of Energy. This is quite likely, since the case for the "laundering" of Iranian oil has not been opened.

It is noteworthy that the other day Anatoly Tikhonov met with the Iranian Ambassador to Russia Kazem Jalali and talked about the possible implementation of joint projects. A little earlier, Tikhonov spoke with representatives of Iran, including the question of possible oil supplies from the Middle Eastern country.

It's funny that now the security forces do not care about black gold cases, but are attracted by the IT company JSC LANIT. But why did it take so long?

Three years ago, the Accounts Chamber conducted an audit that showed that the budget funds spent on the creation and development of SIS in the fuel and energy sector in 2014 - 2016 were in violation of the law.  Low quality planning also led to appearance of significant cash balances on accounts: 69% of the allocated amount in 2014, 10% - in 2015.

In 2017, the agreement to create a SIS fuel and energy complex turned into a scandal. REA demanded to recover 273 million rubles in penalties from the contractor, the Lanit company, the office put up a counterclaim against the agency for exactly the same amount for violation of the customer's obligations. The lawsuits are still ongoing, and the next hearing is scheduled for September 25, 2020. 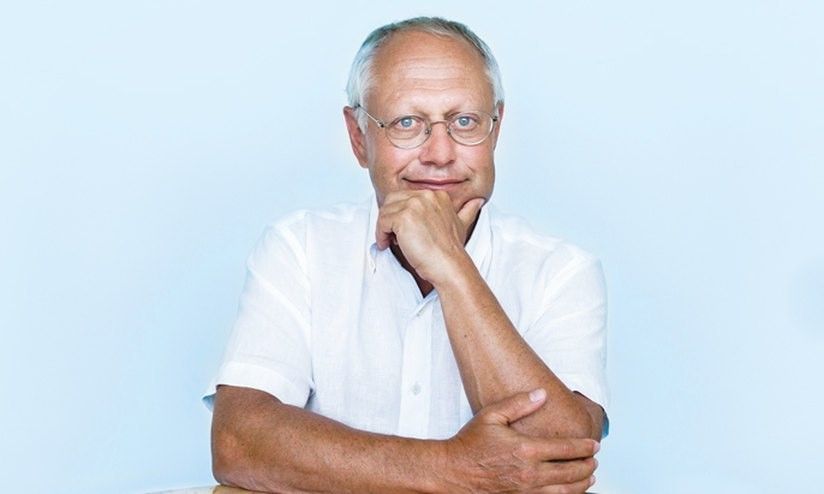 Georgy Gens denied his attitude to the "Moldovan landromat"

However, it is unlikely that the state customer will succeed in this case - according to the results of the audit, the Accounts Chamber found out that the fault for the project's problems lies with REA, while Lanit has nothing to do with it. And they say that all the lawsuits are carried out to distract the eyes, allegedly Lanit gave Tikhonov a "payoff" of 450 million rubles, that is, it cooperated with him.

Although there are questions towards JSC Lanit too. After all, one should be responsible for  the big budget money spinning! According to Rusprofile, the organization was a supplier in 1062 state contracts worth 32 billion rubles. However, the financial curve kept falling and the company's loss by 2019 amounted to 4.4 billion rubles.

Now the Vice-presidents of JSC Lanit Vladimir Makarov and Viktor Serebryakov are in detention centre. But evil tongues say that soon the security forces may come for the owner of JSC Lanit Philip Gens as well. It should be recalled that he got the asset from his father, now deceased, George Gens.

According to Novaya Gazeta, George Gens could be associated with the "Moldovan landromat". It is believed to have been the largest money laundering operation in Eastern Europe. It was about the withdrawal of 22 billion dollars (or about 700 billion rubles) from Russia from 2011 to 2014 under the guise of executing illegal court decisions made by Moldovan judges. Since then, criminal cases have been opened around the world, and some of the European banks involved in laundering Russian money have been stripped of their licenses or fined.

In particular, since 2013-2014, the Comptek International Overseas company from the British Virgin Islands, (according to some correspondence, Georgy Gens was the owner), received 27 million dollars, or 931 million rubles, to its account in the Swiss Bank UBS AG. The funds came from the same dummy offshore companies, to which the Moldovan bailiffs wrote off money from the accounts of Russian banks. However, JSC Lanit denied this information.

By the way, the Accounts Chamber again hints at a possible "withdrawal of funds" to the Ministry of Energy. As far as yesterday the auditors submitted a report in which the shortcomings and violations are estimated at 292 million rubles.

At the same time, the Ministry did not fully meet the expenses. 891.7 million rubles remained undeveloped on the accounts. More than half of the outstanding obligations were accounted for by inter-budget transfers from the Government's reserve Fund for the development of the gas engine fuel market. For example, the Government of the Rostov region did not return about 50 million rubles of undeveloped funds for the construction of gas stations to the Federal budget.

Could anyone leave so many millions in their accounts in the form of additional interest?

Actually, Anatoly Tikhonov was previously Deputy Governor under the head of the Krasnoyarsk territory Alexander Khloponin. It was rumored that muddy schemes were being rolled out in the region with special activity at that time, and evil tongues even attributed a nickname  for Tikhonov - "Tolya thirty percent".

As if, so much he took from entrepreneurs after the distribution of "fat" state contracts.

At the same time, he met Novak, who worked in a similar position. They became friends so much that they even became spiritually related - they are godparents of each other's children. At the same time, Alexey Teksler became the city-manager of Norilsk.

And then the team went to "conquer" the capital. Khloponin became Deputy Chairman of the Government, Novak and Alexey Teksler moved to the Ministry of Energy, and Tikhonov - to VEB. The latter then replaced Teksler, and he "escaped" to the Chelyabinsk region, after which the former Minister for "open government" affairs Mikhail Abyzov and ex-envoy to the Far Eastern Federal district Viktor Ishaev were detained.

Taking into account the track record of questionable deals, scandals with the Ministry of Energy will continue to rattle. Though their scale, it seems, depends to the extent that will be allowed "at the top"…

14 May, 8:31
From GIS on fuel and energy systems to ministers "in the pocket"
See also