Will Dod be "given" for the plant?

Can the ex-head of RusHydro, Evgeny Dod, who recently managed to escape from criminal charges, soon face new claims for his other labour "merits"?

According to the correspondent of The Moscow Post, law enforcement agencies allegedly decided to "blow the dust" from the case of Zagorskaya PSPP-2, the person involved in which was the former head of RusHydro Evgeny Dod. Is it possible that the latter will again be in the dock, where the "senior comrade" head of Rosneft, Igor Sechin, can bring him?

Only recently it seemed to everyone that Dod was able to get away with criminal problems: in November 2018, he was removed from the list of defendants, and this summer the case was completely closed. It was rumoured that the former top manager was rendered a service by none other than the former Prosecutor General of the Russian Federation Yuri Chaika. But the latter left his "power" position in January, so did law enforcement officers decide to restart the case concerning Dod again?

Four years ago, Dod was defiantly dismissed, and then received a high-profile criminal case. At that time, he was accused of adding 73 million rubles in bonuses to himself and was even placed under house arrest. He made amends and was released again. But when it was first started, all this was presented as the beginning of cleaning up the "effective" managers of state-owned companies, who receive multi-million bonuses against the background of multi-billion losses of their firms.

However, Dod may be "asked" for something else. According to the authors of the Ruscriminal portal, allegedly at one time the issue of bringing another charge against Dod was considered. We are talking about the "divided" billions allocated for the construction of the Zagorskaya PSPP-2 in the Moscow region, where a man-made disaster occurred in 2013. The restoration of the station required 50-60 billion rubles, but, they say, the head of RusHydro decided to hide this fact, so that the company did not increase costs, and he could write himself an impressive bonus. 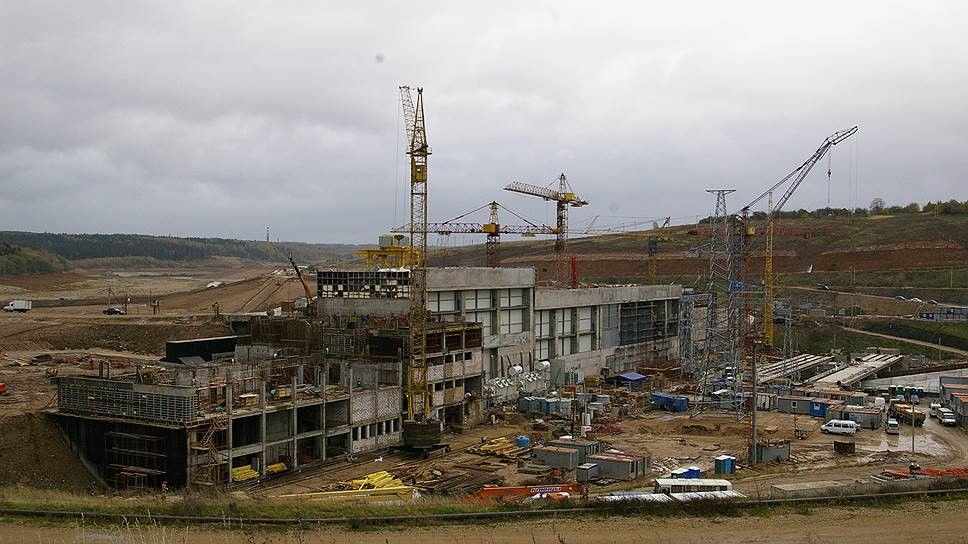 About 70 billion rubles were invested into Zagorskaya PSPP-2, but did the funds from it "flow  away"?

At the same time, law enforcement officers paid attention to the station more than once, but Dod carefully ignored them. So much so that operatives even appealed to Vladimir Putin with a complaint that the top manager did not make contact with the investigation, Vedomosti wrote. Then the Ministry of Internal Affairs was developing several divisions of RusHydro: they could be involved in various scams.

In particular, law enforcement officers found that during the construction of Zagorskaya PSPP-2 facilities, "fake" contracts were concluded - and budget millions were "mastered". The amount of damage, according to various estimates, could exceed a billion. Probably, Mr. Dod should know where in the end a tidy sum "settled"?

According to the authors of the Ruscriminal portal, allegedly there was a secret witness in the case of Dod who worked in RusHydro for many years. And, if his testimony can be believed, it becomes clear why Mr. Dod so easily escaped from the criminal case: "Due to the fact that Dod E. V. has a large amount of money, as well as connections in various state authorities, as well as many close acquaintances among the law enforcement officers of Russia, I, reporting this information to the investigation, really fear for my life and the health of my close people."

And if the fact that Dod has serious connections with the security forces can be argued, then the fact that he is not a poor person is easy enough to confirm.

During the investigation, it turned out that the former head of RusHydro owns 8 land plots and a house on the so-called "Island of millionaires", where the cost of a hundred square metres reaches 13 million rubles. Dod's land holdings were estimated at half a billion rubles, and the cottage area of 800 square metres at more than 300 million rubles. He also has housing in the elite Kopernik residential complex in the centre of the capital, the cost of which is about 12 million rubles. It turned out that he also has "real estate" in Britain and the Czech Republic. Did he allow himself all this on the salary of a top manager of RusHydro? 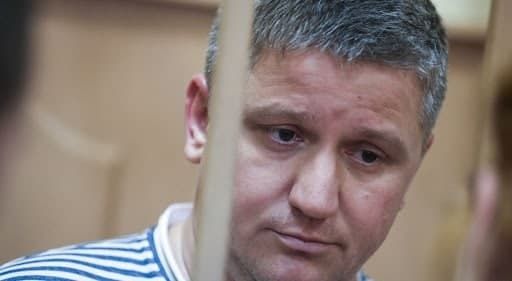 Back in 2014, Versia wrote about the incredible growth in income of RusHydro Board members. In the period from 2009 to 2013 (just since the arrival of Dod in the company), revenues increased by 552.7 million rubles-eight times in recalculation per person.

At the same time, during the first four years of Dod's operation, the company's debts increased from 21.9 to 177.3 billion rubles. Did he regularly increase bonuses for such "effective" work? It was rumoured that such a financial "failure" may be due to the fact that money was banally withdrawn from the office. So that's where Dod got the money for a big purchase, isn’t it?

In addition, there were suspicions that Dod could receive "kickbacks" from the "Southern interregional energy company". As Kommersant wrote, the FAS found suspicious transactions between the company and RusHydro, which were concluded during the period when the Dod "ruled" the state-owned company. The Antimonopoly authorities found out that the electric holding set a monopolistically low price for electricity from its small hydroelectric power plants. Most claims have caused the agreements with UMEK.

UMEK purchased electricity for 0.79 rubles, and sold it for 1.17 rubles. The difference, presumably, "settled"  in Dod’s pocket as well. No wonder he gave the firm a solid discount - not for the pretty face?

By the way, UMEK is "registered" in the Stavropol territory, and Dod has already "shone" in suspicious relations with companies controlled by entrepreneurs from the Caucasus.

Recall at least the story of the construction of a thermal power plant in Sovetskaya Gavan, in the Khabarovsk territory. The work was performed by Globalelectroservice, which was associated with businessmen from the North Caucasus. Previously, this was described in detail by Dokumenty i Fakty.

By the way, according to the Rusprofile, Globalelectroservice is now being bankrupted.  Assets withdrawn -  time to self-destruct? And huge money could be "divided" - the value of the contract amounted to 13.2 billion rubles.

Dod's shadow also "flickered" in criminal cases brought against his subordinates. As Interfax wrote, the former Director of the Bureyskaya HPP was suspected of fraud - according to law enforcement, he overstated the cost of repairing the station by 5.4 million rubles. It is curious if he shared this money with his superiors.

In 2013, as the Gazeta,ru wrote, a criminal case was opened against the Director of Zaramagskiye HPP Vitaly Totrov. The top manager withdrew more than 800 million rubles from the budget for illegal reimbursement of value-added tax.

The Ministry of Internal Affairs also caught Grigor Sargsyan, Director of Zelenchukskiye HRAS-PSPP, who spent more than 340 million rubles on repairing the station, and then re-registered the object as the property of the Karachay-Cherkess Hydrogeneration company. This was reported by Kommersant. Surely Mr. Dod was also aware of the fraud, wasn’t he? No wonder that the management of RusHydro "ran" from law enforcement officers and did not want to write a statement about fraud…

What can be said, Dod managed to "leave inheritance" in RusHydro! It is no accident that Nikolay Shulginov, who replaced him, complained in an interview with Vedomosti that "he accepted a difficult inheritance: he has to "clean out the skeletons from the cabinets" for his predecessor, Evgeny Dod."

By the way, Shulginov was especially concerned about the fate of the Zagorskaya PSPP-2, which may cause a new criminal prosecution against Dod.

Rumour has it that even though Dod left RusHydro, his "spirit" remained there. More precisely, George Rizhinashvili, a member of the Board of Directors of the state-owned company, who is considered the "man" of Dod. Probably, he is connected with Shulgin, who allegedly continued the work of his predecessor in the office - the privatization of non-core assets. At the same time, Rizhinashvili and Shulginov tried very hard: in the period from 2015 to 2019, they managed to sell as many as 605 non-core assets of RusHydro in the amount of over 33 billion rubles!

Disagreement with the "senior comrade"

In addition to the likely worries at the old place of work, Dod has new ones. After his release, he "sat down" on the Board of Directors of Segezha Group, which is controlled by  JSFC Sistema. 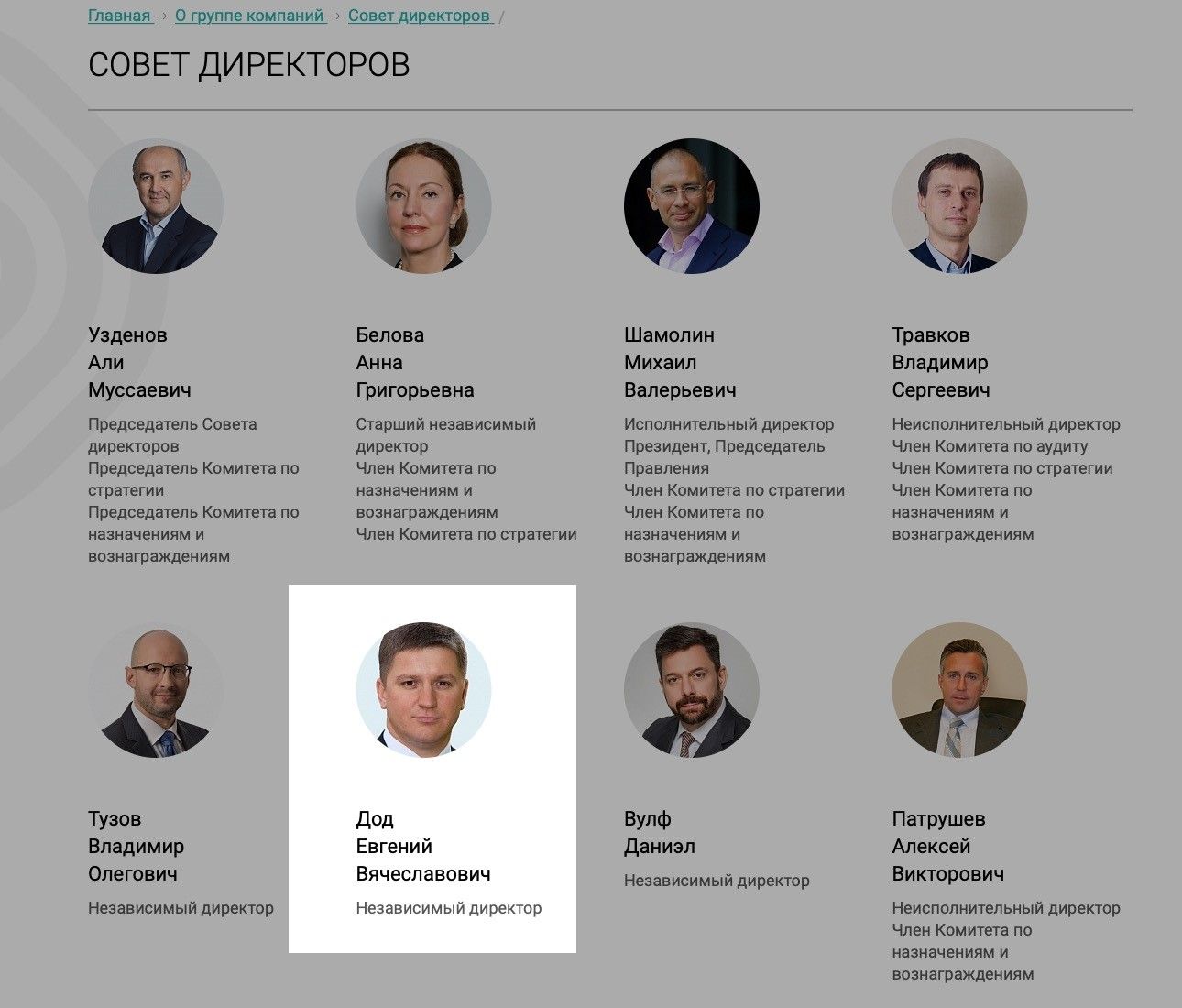 Rumour has it that the head of Rusnano, Anatoly Chubais, who joined the Board of Directors of Sistema this summer, brought him to the company. Previously, Dod and Chubais worked side by side: the latter headed RAO UES of Russia, and Dod headed the subsidiary of the energy giant CJSC Inter RAO UES.

Dod was also considered a person close to Mikhail Prokhorov. The fact is that in 2016-2017, Dod was on the Board of Directors of the Quadra energy company, controlled by Prokhorov. Moreover, there were rumours that Dod would eventually buy Quadra.

That is why the criminal case against Dod was once associated with "Prokhorov's problems", as Forbes wrote. Another explanation was put forward: they say that the former head of RusHydro fell out with Igor Sechin, who, as the Deputy Prime Minister in charge of the fuel and energy complex, was aware of what was happening in the energy company. But at one time it was Sechin who "put" Dod as the head of a state-owned company - they say that he liked the "loyal and conflict-free" manager with whom he managed to work at Inter RAO. Dod even openly referred to Sechin as his "senior comrade". 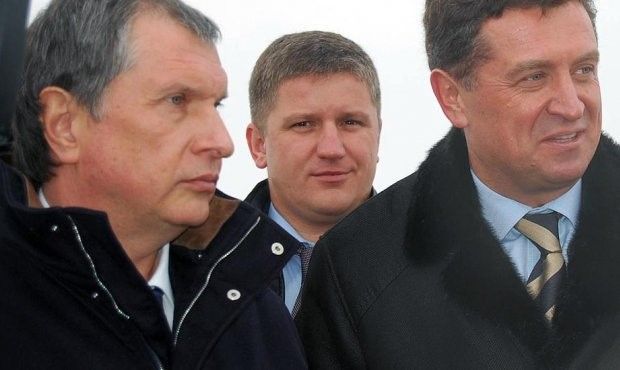 Probably, the disagreement in relations between Sechin and Dod occurred in 2012. Then the Government prepared a plan to recapitalize RusHydro for 50 billion rubles, and they wanted to withdraw this amount from Rosneftegaz (the main shareholder of Rosneft) as dividends. Sechin offered to direct money from the company under his control to RusHydro. Almost half of the Board of Directors of the latter supported it, but Dod suddenly supported the idea of the Government.

To say it straight: one needs to be a very brave person in order to "oppose" Sechin. Was Dod helped to feel confident by his influential friends and connections in the law enforcement agencies? After all, even if "by instructions" of Sechin, law enforcement officers started "investigation" towards him, he masterfully evaded prosecution. But what if Sechin now strikes him again and this time acts much more decisively?

After all, he can be "pressed" much more seriously due to the case of the Zagorskaya PSPP-2: we are talking about tens of billions. And if law enforcement officers are really engaged in the investigation of this story, then we can assume that Dod will not "get off" with compensation for damage as before…