It seems that for scandalous Head of the Ministry of Economic Development Reshetnikov, who may be involved in large-scale corruption in the Kama region, they have prepared not the most honorable place to resign.

As it became known to the correspondent of  The Moscow Post, Minister of Economic Development of the Russian Federation  Maksim Reshetnikov was appointed Chairman of the Board of the Centre for Strategic Research. The organization provides expert assistance to government authorities, public institutions and businesses in achieving the country's development goals and implementing national projects.

Some experts, perhaps "fed" by Maksim Gennadievich himself, begin to repeat in all sorts of ways that this is a sign of increasing his hardware weight. But this is a misconception. According to our information, he may be preparing for an early resignation due to the fact that the he appeared to be a "weak" Minister.

In addition to the frenzied PR, other results of the former Head of the Perm region and the former Deputy Sergei Sobyanin in a high position are not observed. But we can see the complete failure of previous work in the region and a lot of criminal cases against members of his team.

Today, on July 31, it became known that the Arbitration court of the Perm territory began to consider the claim of the Prosecutor's office of the Kama region to the Russian Railways and regional authorities for the purchase of Tovarny Dvor. The latter was purchased from Russian Railways in regional ownership for a fabulous 800 million rubles. It was written by Kommersant.

The Supervisory Body believes that price is almost too two times higher. In addition, the procedure for purchasing land plots could be violated. The thread may lead to ex-Head of the Kama region Reshetnikov, who actively lobbied for the purchase of the yard. Could the current Head of the Ministry of Economic Development and his entourage get a penny from such a successful deal for Russian Railways?

In addition, it has recently become known that the criminal case of fraud in the charity Fund Sodeystviye-XXI Vek (Assistance-XXI century) could be transferred from the FSS to the Investigative Committee. This is very bad news for Maksim Gennadievich. Because, according to rumors, Assistance is a large laundering office of Perm officials, created under Governor Oleg Chirkunov.

It is rumored that former Director of the Fund Elena Naydanova has already admitted cashing of the funds received by the Fund and transferring them to former Head of the Government of the Kama region Elena Lopayeva, one of the closest associates of Maksim Reshetnikov. Previously, Lopayeva headed his office, and now has gone to Moscow following her boss. The fact that Naydanova agreed to work with the investigation, was written by 59.ру publication.

In addition, there is a version according to which she could become a person involved in a criminal case of fraud during repairs in the Administration of the Governor of the Perm region building. The Properm portal wrote about the case. And the money for repairs was just supposed to come from Sodeystviye. 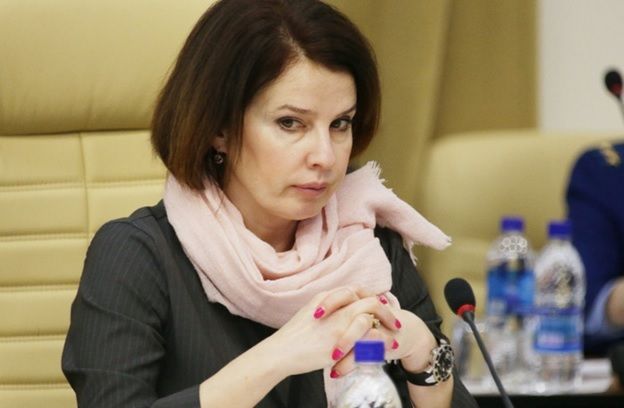 According to rumors, Lopaeva managed to get out of harm's way only thanks to Maksim Reshetnikov's administrative resource, who himself could have been involved in this story. A simple performer-consultant of the Department of Legal and Economic Support was blamed. She allegedly took the blame - but did they promise her anything for it?

Other high-profile corruption cases are also being investigated. In particular, concerning possible large-scale embezzlement of funds allocated for an important project for Reshetnikov - the construction of a new Perm Zoo. Its initial estimated cost, about 5 billion rubles, will, possibly, be significantly higher.

Now, former curator of the construction site Ilya Kozyrev and former Head of the regional capital construction department Dmitry Levinsky, who was considered a creature of Reshetnikov, are under investigation. This was reported by Kommersant.

Directly from Reshetnikov construction was handled by his Deputy, and in the past, by Head of the Ministry of Construction of the Kama region Mikhail Syutkin. Last spring, police officers visited his office in the regional administration. 59.ru journalists wrote about the search related to possible embezzlement.

Another image project for ex-Governor Reshetnikov, namely the construction of a new stage for the Perm Opera and Ballet Theatre, was not started at all. Despite all the promises and grandstanding. Moreover, being in charge of the Kama region for several years, Reshetnikov's team could not even decide on a place.

But in the historical centre of the city, the Razgulyay neighborhood, garages that were in private ownership were demolished. Allegedly, it was for the construction of a new stage for the theatre. The Prosecutor's office became interested in the case, and the demolition was declared illegal. It was written by Kommersant.

However, the owners of the garages have not received compensation for this until now. This forced them to appeal to current interim Head of the Kama region Dmitry Makhonin with a request to understand the situation. The corresponding appeal became known yesterday, July 30, as Ura.ru reports.

All new officials from Reshetnikov's team are under investigation. The investigation of the criminal case against former Deputy Governor of Reshetnikov Roman Koksharov is being continued. The indictment has already been approved, writes Kommersant. 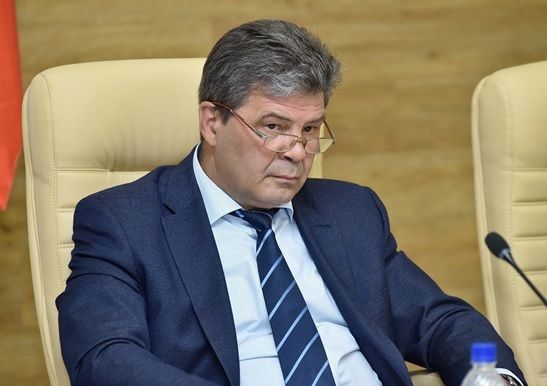 Could Roman Koksharov, who is under investigation, have acted with the approval of Maksim Reshetnikov?

Koksharov is accused of illegal entrepreneurship and abuse of power. Investigators believe that he managed a construction firm that received municipal contracts, while he held high positions in the region's leadership.

In addition, in 2017, he persuaded the Head of the Gaynsky district to enter an emergency situation in the district, allegedly to buy several boats without a competition. The order to allocate funds for them was signed by then interim Governor Maksim Reshetnikov. According to rumors, he could just "help" Roman Koksharov, allegedly knowing about the dubious nature of his subordinate's actions.

Of course, this is not a complete list of complaints and questions about the past affairs of the current Minister. But as a Minister, Reshetnikov was rather weak. For six months, he was remembered only for the fact that he was embarrassed in front of the country's leadership.

First his Ministry was criticized by the President, and then by Prime Minister Mikhail Mishustin. As a result, Reshetnikov was excluded from the working group on the development of national projects, as Tsargrad reported.

'There are no epic failures, but there is nothing to praise for. A random person who sooner or later will become not just an object of criticism, but a "whipping minister". And new hopes will be associated with the new Minister,' - a famous political scientist Konstantin Kalachev described the first six months of Reshetnikov. His words are reported by Argumenty i Facty.

Perhaps there is nothing to praise Reshetnikov for, because ,probably, does not make decisions in the Ministry of Economic Development at all. His very appointment could be the result of a "deal" between the teams of Dmitry Medvedev and Sergei Sobyanin. After all, the first Deputy of Reshetnikov in the past was Mikhail Babich, - the presidential envoy to the PFD, who was in a hard clinch with the current Minister.

Allegedly, it is Babych who actually controls the Ministry of Economic Development. However, Babich is too abrupt and poorly managed. And now, not so long ago, there appeared another one first Deputy of Reshetnikov - former Deputy Head of the Ministry of Finance Andrey Ivanov. This is reported by RIA Novosti. The position of another first Deputy was created specifically for him. It is Ivanov who could be prepared to replace Reshetnikov.

According to his appointment as Chairman of the Board of the Centre for Strategic Research, the resignation may not be honorable at all. Because, as Konstantin Kalachev said, Reshetnikov can really be made a "whipping minister" for his failures and muddy affairs. They may put all the negativity about the economic failures of the Cabinet of Ministers of Mishustin on him and then send to rule the "talker" of the CSR.

After all, the CSR is, in fact, absolutely nothing deciding body. In fact, it is a "sump" for officials who have been "scrapped". From where they "move" some to retirement, some to a prepared warm place on the Mediterranean coast, and some to the dock. Where will Maksim Gennadievich end up?