While Mirimskaya is sitting, Golubovich's drones could be in Latvia

A new episode was added to the criminal case of Olga Mirimskaya, and the money of Bank BKF through its partners can flow to unfriendly Latvia.

The Investigative Committee of Russia completed the investigation of the criminal case against the owner and chairman of the board of the Corporate Finance Bank "Bank BKF" and the company "Russian Product" Olga Mirimskaya. It turned out that in the case "there was" another episode of an attempt to transfer a bribe to an official - judges of the Ninth Arbitration Court of Appeal.

Meanwhile, Ms. Mirimskaya's former partners may be associated with a business from Latvia, which, as you know, is on the list of "unfriendly" countries in Russia. And this, of course, can add to the investigative problems.

It is worth briefly recalling that the problems of Mrs. Mirimskaya were associated with a difficult situation in the family. Previously, she was married to Alexei Golubovich, a former associate of Mikhail Khodorkovsky (recognized as a foreign agent on the territory of the Russian Federation, included in the list of terrorists and extremists). He was the Director of Strategic Planning for Yukos. Olga Mirimskaya herself also worked in the company of the disgraced oligarch.

However, after 25 years of marriage, Mirimskaya and Golubovich decided to divorce, which resulted in a civil process for the division of property. Now Olga Mirimskaya is charged with two episodes of possible bribery, which may have been required to win in this process.

They added an episode in the form of a possible bribe to investigator Yuri Nosov, who was in charge of the case of the abduction of the daughter of Mrs. Mirimskaya. Writes about this Kommersant.

And in November 2022, another episode appears in Mirimskaya's criminal case related to an attempt to transfer a bribe. Allegedly, she tried to bribe the judges of the Court of Appeal to overturn the decision in case No. A40-79309/2013.

As follows from the decision of that court, DAMINO ASSOCIATES LTD tried to get companies associated with Mirimskaya and its people, namely Jesse LLC, Em.Er.Em Invest, INC and Russian Investors OJSC, to invalidate the real estate trust agreement of 2012 of the year. We are talking about a building in Moscow, on the street. Big Polyanka.

In addition, the plaintiffs demanded to invalidate the transaction to increase the authorized capital of Jesse LLC at the expense of deposits of Russian Investors OJSC, and a number of other related issues related to property relations.

The current situation suggests that those close to Mirim structures most likely wanted to return the building under their control.

However, almost all claims of the plaintiffs were satisfied by the court decision. That, according to the investigation already in the current criminal case of Olga Mirimskaya, could have prompted her to bribe the judges of the Appellate Instance so that they would note this decision of the Moscow Arbitration Court. 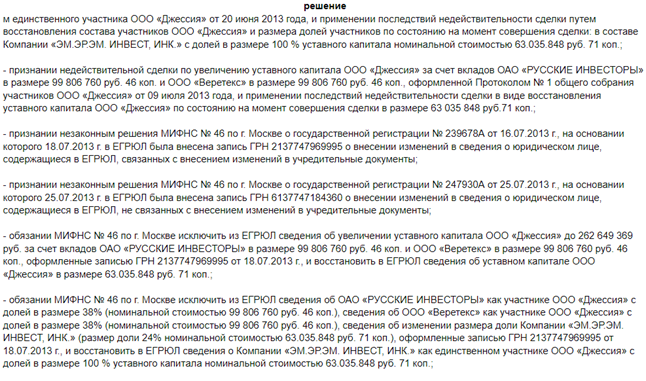 The building itself seems to have wanted to sell. But now very interesting people can own it. In this building on Bolshaya Polyanka Street, 2/10 page 1, the company Investitori LLC is registered with a negative asset value of 224 million rubles.

This company, in turn, is owned by Aytubief Digital LLC, which develops computer software. And she belongs to Mirimskaya's son, Ilya Alekseevich Golubovich (15%), as well as the old partner of the lady in Bank BKF Konstantin Graudin (85%).

This firm itself could also raise questions. After all, the value of its assets is also negative - for the same 224 million rubles. Apparently, this is in a package with Investitori.

By the way, apparently, to sue the former - in the blood of the Mirimsky and Golubovich. So the co-owner of the above offices, Alexei Golubovich, according to the author of jdivorcelawyer on the LiveJournal platform, allegedly fiercely sued his ex-wife back in 2011, and allegedly lost $4.6 million on divorce. Apparently, they have this family.

At that time, Golubovich Jr. was already a well-known venture capital investor, managing partner of the I2BF Venture Capital International Venture Fund (I2BF). Then he was going to build a plant for the production of supercapacitors for $100 million, and he wanted to take Rusnano as partners. What is Rusnano today is a black hole for the Russian budget, which only state guarantees saved from bankruptcy.

At the same time, the craving for the technological business of Golubovich Jr. and his partners can lead us to interesting places. "Separated" from his mother and family squabbles, he continues to be actively involved in business along with his father and other notable characters.

And among other things, they have the company Aerocso LLC, whose main activity is "Production of aircraft, including space, and related equipment." Apparently, we are talking about stowaways and non-military quadcopters. Now - production is very necessary for our country. 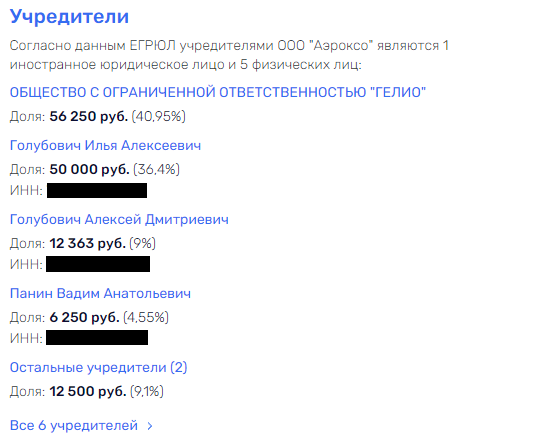 A reasonable question arises. Latvia is not just an unfriendly, but an openly hostile structure. But Messrs. Golubovichi work perfectly with Latvian partners, while, by the way, other manufacturers of Russian drones suffer from European sanctions. 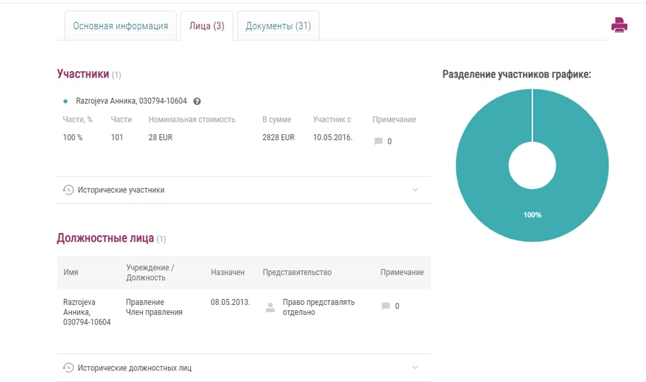 At the same time, "Gelio" is 100% owned by one person - a certain Annika Razrojeva (Razrojeva). Who this is and why, again, is related to the production of Russian drones is not at all clear.

The question arises, could the money of Bank BKF, to which the Golubovichi are directly related, have leaked in that direction? If you look at the financial statistics of the structure for at least a few months, information about which is in open sources (September 2021 - February 2022), it turns out that during this period the bank's assets have decreased by as much as 35%, or by 4.25 billion rubles. 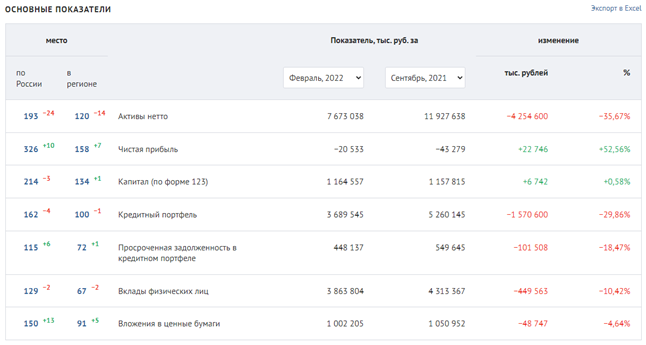 Many other indicators of the bank also ended up in the red zone, which may indicate a possible withdrawal of capital or even the imminent collapse of the structure.

Returning to Aerocso LLC, the company has a very remarkable and famous director - Razroev Eldar Ali Oglu. He is a former adviser to former Communications Minister Nikolai Nikiforov. Once - the youngest member of the Russian Government. Subsequently, his name was mentioned in a series of scandals. It is likely that Nikiforov himself is behind Razroev. 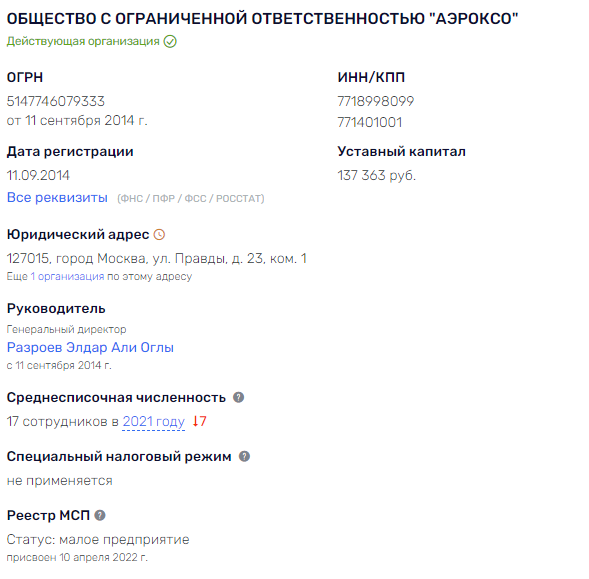 Recall that the most harmless initiatives of the young minister-technocrat were the thesis about the need to introduce censorship on the Internet through deputy legislative initiatives. He also suggested that civil servants abandon foreign office programs and the Times New Roman font.

Due to the lack of any breakthroughs, in 2018 Nikiforov did not get into the new Government. At the same time, communication, mass communications, modern data transmission technologies in Russia remained at a low level, with the consequences of which we are dealing today.

For a while, the former minister behaved below the grass, quieter than the water. And in 2020, a native of Tatarstan suddenly became a co-owner and headed one of the developers of the Tatarstan science city "Innopolis" - LLC "Z-City."

It is unlikely that he could enter such a large project, having accumulated on the ministerial salary. However, he really became a billionaire, Versiya wrote about this. But, as befits a major Russian official, not personally, but through an expensive spouse.

It turns out that the Nikiforov family received billions of dollars in capital thanks to the sale of a share in the Avtodoria IT company, which was controlled through its Startobaza company by the ex-minister's wife Svetlana.

Avtodoria in Tatarstan is widely known - it is this office that supplies the republic with cameras for automatic recording of traffic violations by car drivers. The total volume of its government orders exceeds 2.1 billion rubles. 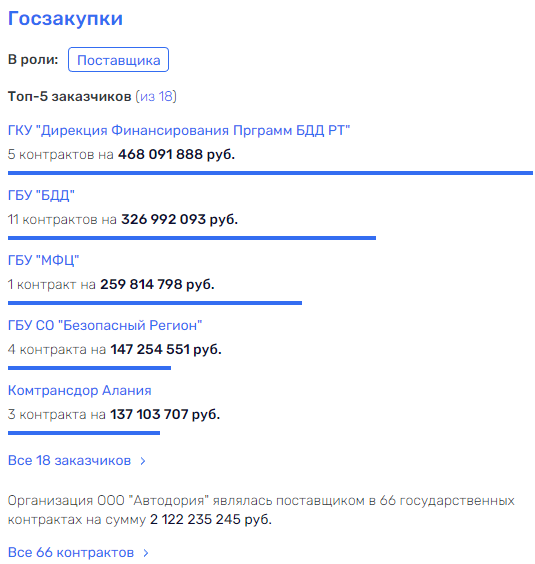 Agree, it looks very strange, and may hint at the withdrawal of funds from the very "Avtodoria" from Kazan. And now a person from Nikiforov's team runs a business where the owners' partner is an offshore company from hostile Latvia. Not very patriotic...