Where Rogozin did not pass…

Has another scandal in Roscosmos revealed the presence of high treason in the Corporation?

Almost every day there is a new scandal in Roscosmos. However, what happened today may have far-reaching consequences not only for the Corporation under management of Dmitry Rogozin, but also for the whole country - after all, it can be about high treason.

According to The Moscow Post correspondent, Ivan Safronov, an adviser to the Head of Roscosmos and a former journalist of Kommersant and Vedomosti, was detained. A man more than known in the media environment, he managed to work as an adviser to Rogozin for only a few months.

He is charged with article 275 of the Criminal Code, high treason. Under this article, Safronov faces from 12 to 20 years in prison. According to the FSS, which refers to the Fontanka publication, he allegedly collected information about military-technical cooperation, defense and security of Russia, which is part of the state secret and transmitted it to a representative of the special service of one of the NATO countries.

Roscosmos hastened to say that they fully cooperate with the investigation, and that Safronov's detention does not concern his work in the state Corporation. This is seen as a weak attempt to dissociate from the supposedly stumbled person, to preserve the remnants of the face.

Safronov was engaged in building information policy within the state Corporation and its member companies, and also supervised some special programs of Roscosmos. The latter is particularly interesting in the context of accusations of high treason.

There is one curious fact. When hiring employees of this rank, with access to the body, as they say, in such a serious state Corporation as Roscosmos, they are checked under a magnifying glass. Their connections, their social circle, and their inclinations. They say that Dmitry Olegovich himself asked the "special forces" to turn a blind eye to a lot of things? The question is: why? 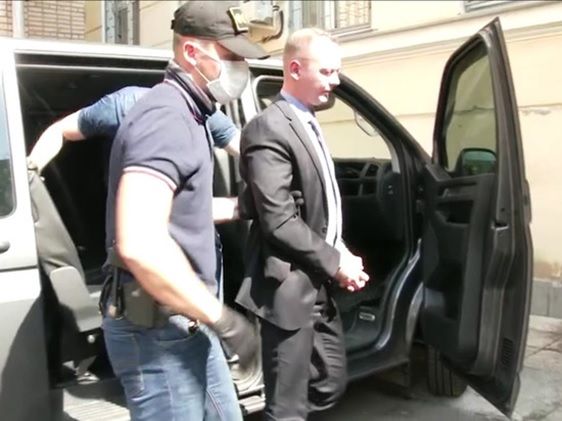 Ivan Safronov (right) managed to wear an expensive suit of Roscosmos adviser for a short time – just a couple of months.

According to rumors, Rogozin took Safronov on purpose, just to oversee a specific area of work with "Western partners". Probably all the large-scale failures of Russian space in the past years can also be explained by working not for, but against the interests of own state?

It is practically impossible not to remember about the "agents of influence" and the ones who are close to them.

By the way, Rogozin himself worked in Brussels as an ambassador of the Russian Federation to NATO from 2008 to 2011.

Will the state "write off" everything?

Not so long ago, Roscosmos was forced to postpone the first launch of two Proton-M rockets in 2020 from the end of March to the end of May. The reason was substandard components, namely, several defective bolts that could fall apart in the air along with the entire rocket.

Thank God, this was discovered in time, but the financial costs of postponing the launch were high. Had these "rusty bolts" been inserted into the Protons on purpose? Rogozin himself announced his intention to reward those who identified the defect, the Dozhd TV channel reported. Will he also identify and punish those who put these bolts there? Or did he, as it were, "miss" everything as in the case of Safronov?

Of course, then everyone thought of banal theft. Other thoughts are creeping into peoples  heads today. In addition, something similar happened - in 2017, the launch program from the Baikonur was in danger of failure. All Proton-M second and third stage engines produced during recent years were sent back to the plant.

It turned out that the engine blocks with the use of precious metals were being replaced at the plant with "illiquid" components. And the received precious metals were probably handed over for money. It's a great luck that the problem was discovered during fire tests - otherwise our Protons would have gone off.

All this is seen as links in the same chain also because Rogozin spends a lot of money on quality control at Roscosmos. Only until 2022, more than 450 million rubles will be allocated for this purpose. And here are such incidents — is it the result of simple clumsiness, sloppiness? It's hard to believe.

Just think, 2019 was the first year in many years for Roscosmos when there were no accidents during launches. The year of 2013 can be immediately remembered, when Rogozin was already in charge of the Russian space industry - when we lost hundreds of millions of rubles due to the accident of Proton-M with the GLONASS satellite system.

Is this also the result of negligence? It is not necessary to remind dedicated readers of the great importance of the GLONASS satellite system for the defense of our country. Even before that, in 2010, GLONASS satellites were lost due to an oversupply of fuel in the upper stage of another Proton. A year later, Roscosmos lost the Geo-IK-2 military satellite launched on a Rokot rocket.

Later, in 2014, another Proton accident, and these are not all examples. Accidents during recent years have led to negative consequences not only for the country's space and telecommunications industry, but also for the insurance industry. Rates for the reinsurance of risks with the launch of Proton-M has exceeded the same for the rocket Ariane.

To improve the reliability of insurance, the Ministry of Finance of the Russian Federation allocated additional 1.7 billion rubles to Roscosmos in 2014. This was reported by RIA Novosti. Maybe the whole sequence of events was specially arranged to get additional funding? 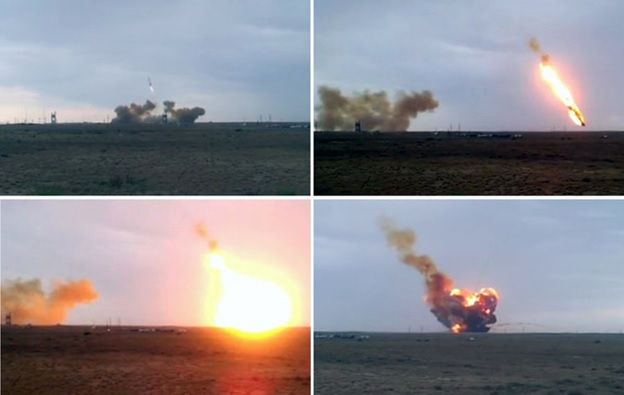 Could the numerous accidents of "Protons" under Rogozin be the result of outright sabotage?

Similar issues are caused by delays in the implementation of the program for the development of the "Nauka" module for the International Space Station. The start of work was announced in 2004. In 2013, it turned out that additional work was needed to check the module, and then completely, that the entire body and fuel tanks had to be changed.

As a result, testing of the module started only in February 2020! And if, for example, the failure of the Sea Launch project can be blamed on the high cost of Zenit missiles and problems with Ukrainian partners in the space industry, then someone may regard this situation as outright sabotage.

And this is not to mention the colossal corruption in the "Roscosmos" itself, regardless of technical failures and serious lag in the market of modern technologies and commercial launches. Vostochny cosmodrome alone is worth something!

In April 2020, Yuri Chaika, who was then the Prosecutor General of the Russian Federation, announced the theft of more than 1.6 billion rubles in the structures of Roscosmos and Rostec. This money was allocated to create the latest weapons developments and modernize the production base.

A month later, in May, the Chairman of the RF IC Alexander Bastrykin said the same thing. At the International youth legal forum, he said that investigators were able to identify new billion-dollar embezzlement in Roscosmos. "There is no end in sight. There are billions being stolen, billions," RBC quotes Chaika.

Corruption and espionage usually go "in step". And in other times, even one such case would have cost Rogozin not only his position, but much more.

Against this background, Rogozin himself continues to tell the President and the Government "fairy tales" about the colonization of the Moon and Mars, draw beautiful "projects" and present them to the public.

Ivan Safronov was one of the regular guests of such presentations as a journalist. Apparently, he managed to prove himself. Did he "correctly" write where others did not leave a stone from Dmitry Olegovich's air castles?

Apparently, he also avoided rumors about Rogozin's possible personal interest in the collapse of the domestic space. It is no secret that he lives in a luxury apartment in the centre of Moscow, which appeared from nowhere. As well as the fact that his son works for commercial structures that may be interested in transferring Khrunichev Space Center by him for further development of the centre's land.

In this context, the actual state interest is seen as weak, only personal. "Ivan Safronov's "star" in Roscosmos has set, barely risen. Maybe it's time for Dmitry Rogozin's "star", which has been rather delayed in the sky, to go there as well?

22 December, 11:20
Presented apartment nothing to do with Rosreester?
See also