Where is Yevtushenkov buried in the mink, and what does Alisher Usmanov have to do with it?

Bass on Rublevka, haunted by a non-systemic act.

A plot of 12.5 hectares on Rublevskoye Shosse was bought by St Michael, the owner and general director of which is Ukrainian businessman Denis Bass. By the way, a company called St Michael, which Bass's company positions itself, does not exist. There is an official version of the English name of Denis Bass, St. Michael Invest LLC, it sounds like LLC ST MICHAEL INVEST. 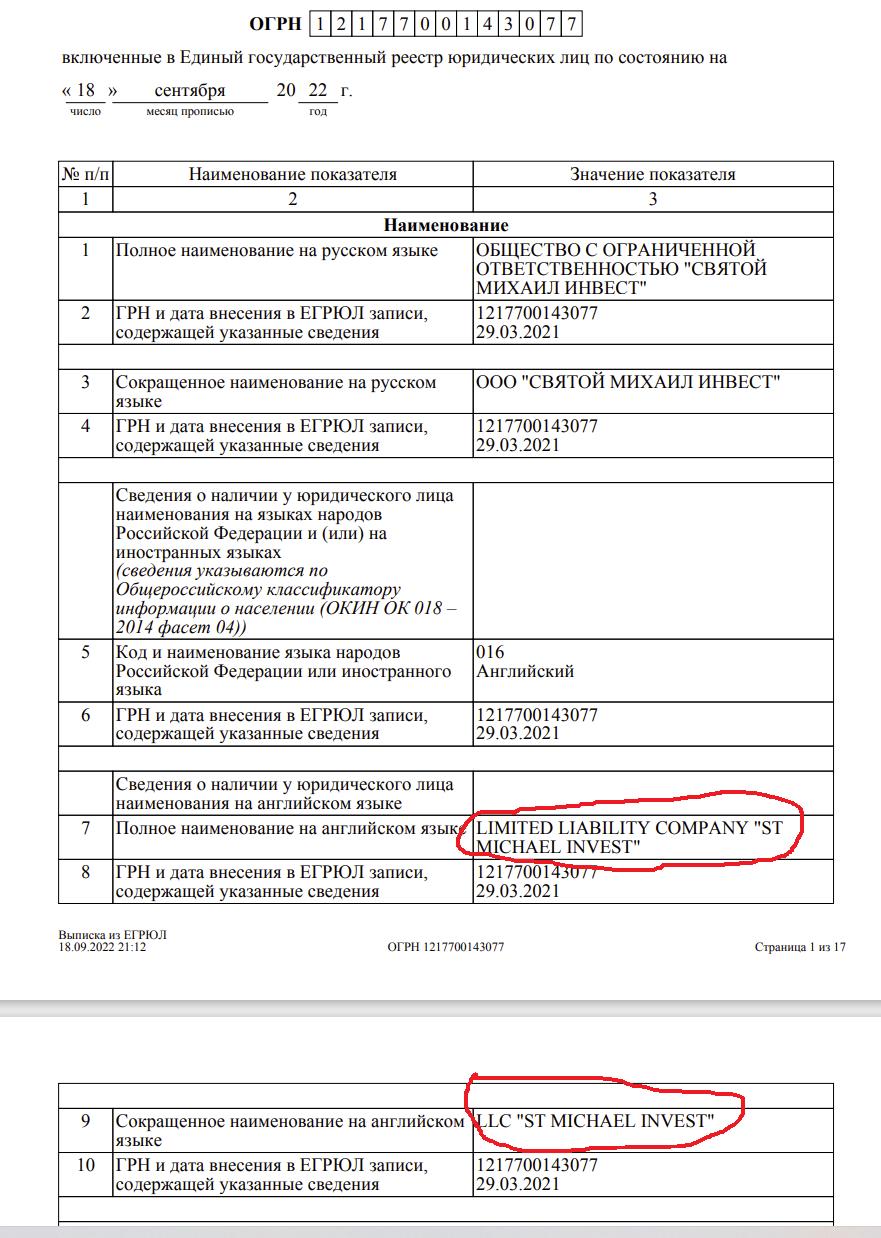 Meanwhile, there is an assumption that one of the richest people in our country, Alisher Usmanov, could help get these lands.

More details in the material correspondent of The Moscow Post.

St. Mikhail Invest LLC has been in control of Rublevskoye Shosse, 80% LLC since August in 151, and since 2021 the 20% has been owned by Yuri Nadeev. He is on the board of Metalloinvest, and is the deputy general director for security of this company.

Probably, no one needs to remind that Metalloinvest, whose main assets are Lebedinsky and Mikhalkovsky GOKi, is controlled by Alisher Usmanov and Andrei Skoch

It is difficult to say whether Usmanov could help the scandalous Ukrainian politician who left his country. And did he help, being another "screen" for the innovative tunnel of some official? In this sense, it becomes logical why Sberbank has shares in the pledge.

However, it turned out that this may not be the first investment of Usmanov and his partners in Bass's projects. So, St. Mikhail Invest LLC, already known to us, owns another asset: Rublevskoye Shosse 68 LLC. There you can also notice the name Barabakh. 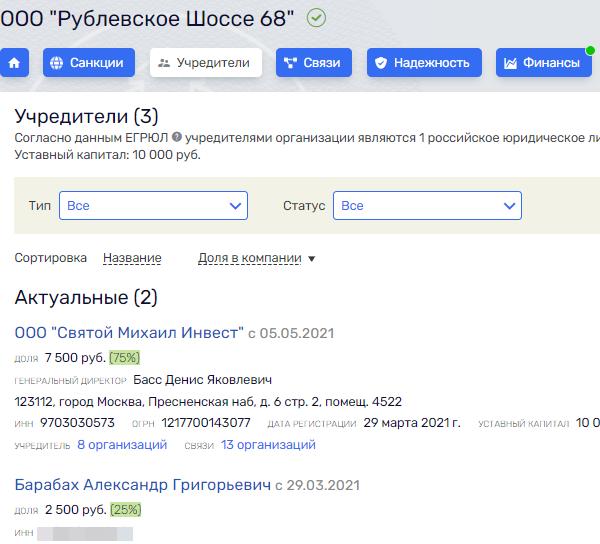 Some people on the market call Alexander Barabakh the person of Andrei Skoch, Usmanov's partner in Metalloinvest.

Rublevskoye highway, 68 is already actively built up with elite housing. The firm St Michael emphasizes premium service at the level of expensive luxury hotels. The quarter provides a concierge service, bellmen and valet parking. Until the end of 2026. 11 buildings from 2 to 20 floors will appear on the territory of 2.2 hectares. 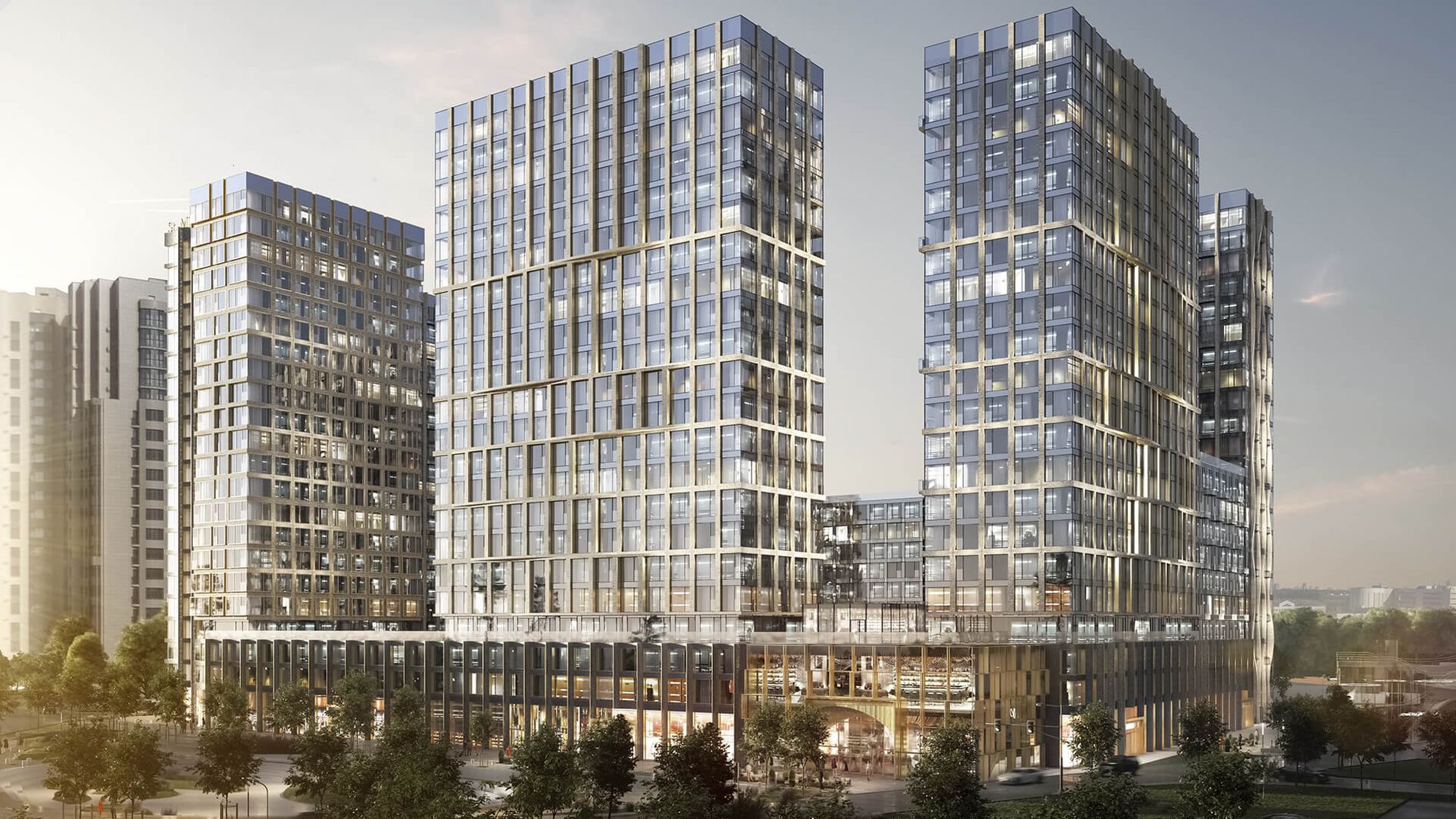 However, we note that Rublevskoye Shosse 68 LLC, like Bass's parent asset, is in losses of 105 million rubles.

Now development will begin on the second site of Rublevka.

Returning to Mr. Bass, we note that during the time of Leonid Chernovetsky, the businessman was the first deputy head of the Kyiv city state administration. For several years he was a member of the banking and political elite of Ukraine. He also oversaw finance, economics and investment, transport, communications and informatization.

Well, if you understood, then there was where to replenish your financial capital, as well as the main thing on what.

In 2010, after a whole series of high-profile scandals and revelations, Leonid Chernovetsky loses his post, then Bass is fired. In addition, the "right hand" of Bass Marina Pogubko has been on the international wanted list since 2011, she is accused of embezzlement of UAH 2.46 million.

The fact is that Denis Bass was famous for the fact that he never put his autograph on the document. His subordinates said that he literally twisted the hands of his employees, but never signed anything.

It was on Pogibko that Bass shifted all the decisions, and as soon as the power in the city changed, she immediately went abroad. If she is detained and returned to her homeland, she can give the necessary testimony, who ordered her to sign this or that document.

Then information began to appear in the media that Bass could be imprisoned.

However, there is another curious story in which, if not Bass himself, then his relatives could "fall into." which is relevant to illegal human trafficking. According to blogger antiraider_ukr (archive link) on the Live Journal platform, allegedly Bass's father Yakov in 2004 established the company LLC "Enterprise with foreign investments with the participation of Ukrainian capital" Firm Nadezhda. " According to the blogger, the foreign investments were allegedly the money of Vladimir Volodarsky, the second founder of the company, who a year later, in 2005, was arrested in Kyiv at the request of Israeli law enforcement agencies. The blogger claimed that the Ukrainian capital was allegedly Ukrainian girls whom the company sold into sexual slavery abroad. For this Volodarsky received a long time in Israel.

Details are told by Alexey Kozlov, Editor-in-Chief of The Moscow Post

After all these stories in 2012, Bass moved to Moscow to the tourist holding of VAO Intourist, owned by AFK Sistema Vladimir Yevtushenkov. By the way, wherever Bass appears, there are only disadvantages. In 2012, the tour holding recorded a $23.2 million operating loss, although a year earlier everything was going fine with him.

In 2018, Bass decided to return to Kyiv and began to buy real estate. Kievproekt was actively developed. There were as many as three offshore firms there until 2016. Moreover, the place was very "bread."

"This is a Soviet-type building, but thanks to its successful location, offices can be rented for about $10 per sq. m per month," the Ukrainian media wrote about this.

The shopping center "April" was also erected there. They said that Yevtushenkov could invest money in construction. And in 2020, it became known that an offshore company associated with Bass is building near the Ukraine Palace. 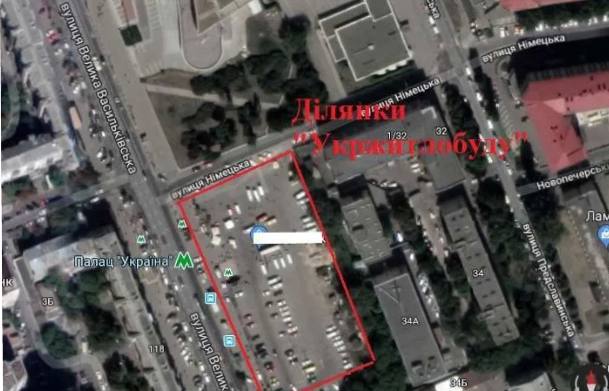 The skyscraper, according to the register, belongs to the offshore Valdez Limited. 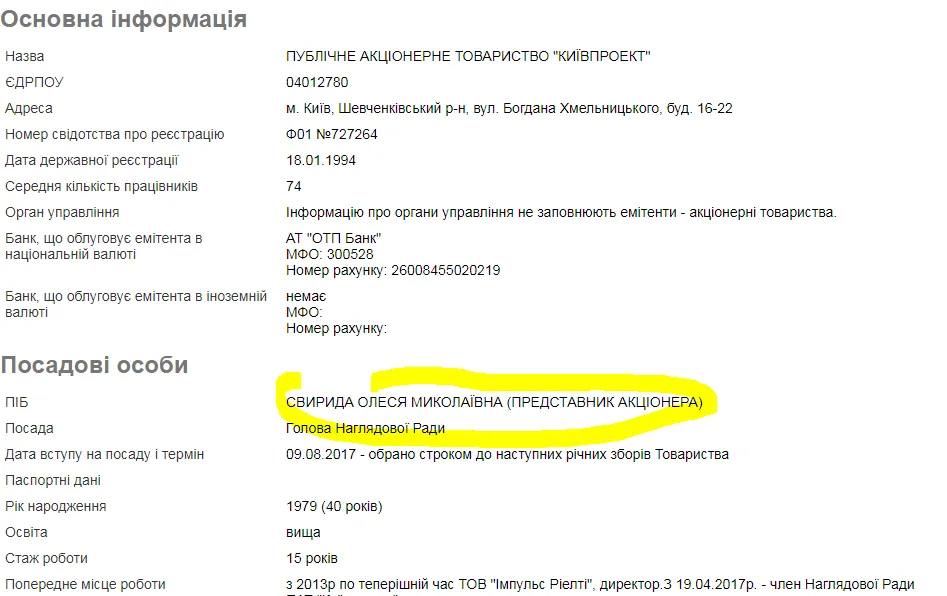 The planned height of the building is 100 m. It is worth noting that the site on which the skyscraper should be located is included in the Central Historical Range of Kyiv, where construction is prohibited above 27 meters.

In this story, it is not so much Alisher Burkhanovich and Andrei Skoch who are simply doing business (as they say, nothing personal), as Bass's acquaintance Vladimir Yevtushenkov, whose entire Ukrainian real estate was recently confiscated. Recall that the oligarch said that he did not have such a "square." Now it becomes clear why nothing in Ukraine Vladimir Petrovich, formally "goal like a falcon." However, he probably has, for all occasions, hidden minks.

Once Yevtushenkov said that business is walking around a "minefield." Now the main thing for him is to find the right path to his money.