Did Victoria Abramchenko "run away" to being the Deputy Prime Minister, because law enforcement officers were interested in the large-scale corruption of her "protégé" Parviz Tukhtasunov at the last place of work in Rosreestr?

The network began to spread rumours about the appearance of an audio recording of the conversation, which allegedly mentions the Deputy Prime Minister of the Russian Government Victoria Abramchenko. Her name sounds in the context of a certain criminal case about taking a bribe, in which one of the defendants could record the conversation.

It is stated that on the recording, a person with the voice of the former head of the Rosreestr Department for the Moscow Region, Alexey Abramov, allegedly assigns Victoria Abramchenko, who at that time headed the service, the role of a person who could make corrupt decisions for her subordinates. We are talking about a number of dubious transactions with land plots in the Moscow region - perhaps about the distribution of state land in favour of close construction companies. It is likely that Samolyot GC is not a stranger to the family of the head of the Moscow region Andrey Vorobyov.

The Moscow Post decided to recall Abramchenko's work and find out whether these rumours can have any basis.

Actually, Victoria Abramchenko came to the high post of Deputy Prime Minister of Russia from the post of head of the Federal Service for State Registration, Cadastre and Cartography. Having worked there from 2016 to 2020, she left behind a whole series of high-profile scandals and criminal cases in the department.

But the Rosreestr is tied to whole institutions, private property, housing, mortgages and infrastructure are connected with its work, so it is a bottomless well for corruption. Since the time of Victoria Abramchenko, for many residents of the country, Rosreestr has become almost a symbol of this ugly phenomenon.

Just recently, The Moscow Post published material on the letter of our reader Anastasia from Gelendzhik. She claims that local authorities, using specialists of Rosreestr, "push" out of their homes people who dared to rent out the area to tourists in the summer.

Allegedly, back in 2017, Rosreestr specialists passed by her house, who, on an incomprehensible basis, concluded that a private house is a hotel, and began to issue fines. The courts in which Anastasia filed were on the side of Rosreestr, and this miracle happened just when the department was headed by Abramchenko.

It seems that levies from ordinary people could become a common matter for Rosreestr specialists in the field under Abramchenko. What about the "head"? It is rumoured that the real reason for the transition to the Government from Rosreestr was that investigators could be interested in her work there.

The department itself has been in crisis for a long time. According to the author of the blog on Yandex.Zen Yuri Alexandrov, allegedly recently employees of Rosreestr wrote a letter to Victoria Abramchenko, in which they described the situation. They say that most of last summer Rosreestr was headed by Elena Martynova, who may be in close relations with the current head of Rosreestr Oleg Skufinsky. The latter is considered to be Abramchenko's man.

Allegedly,  Martynova is given the highest salary in the Department, and her whims are set by Skufinsky as an absolute priority for other employees of the Department. At her request, highly trained specialists are leaving Rosreestr.

There is no response to this letter from Abramchenko yet, and this is not surprising. After all, according to rumours, the management of Rosreestr and Martynov in particular, under the supervision of Abramchenko, can search for state land to transfer it to close construction companies.

Even before that, in November 2020, it became known that the investigative authorities were conducting a pre-investigation check on the facts of corruption in the Rosreestr. The involvement of the former head of the Federal Cadastral Chamber (FCC) Parviz Tukhtasunov in the creation of fraudulent schemes in the implementation of the FGIS EGRN (federal state information system for maintaining the unified state register of real estate) as part of an organized group is being checked. This is written by Pravda.ru. 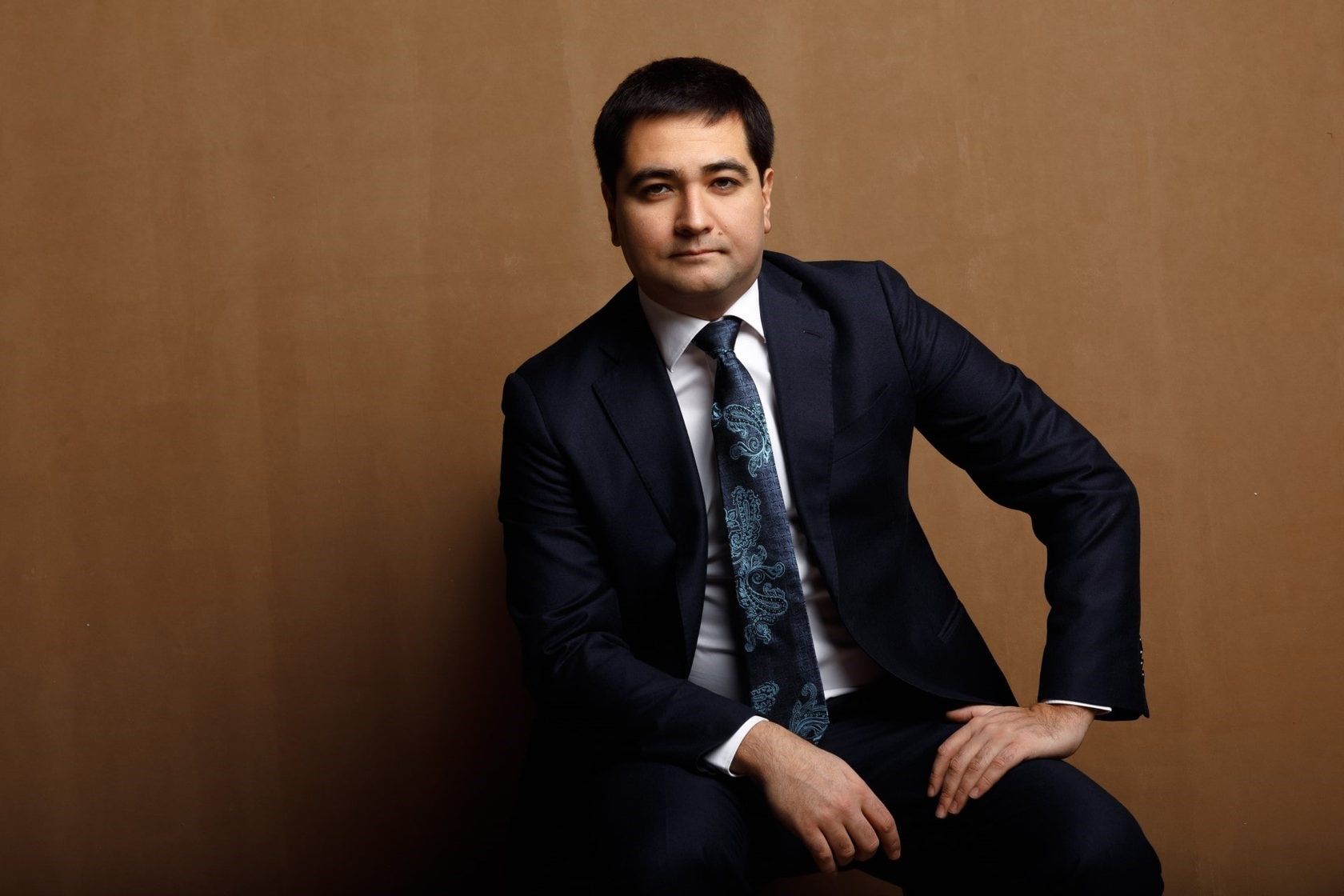 Does Parviz Tukhtasunov owe his career to Victoria Abramchenko?

Mr. Tukhtasunov is a very remarkable person. A significant part of his career is connected with Victoria Abramchenko, and, according to evil tongues, apparently not by chance - allegedly they could be in a close relationship with Victoria Abramchenko. In this context, it is funny to recall that Tukhtasunov's education, as evil tongues assured, was a gynecologist – how did he even show up in the civil service?

In 2016, Tukhtasunov was employed for a couple of months as Deputy Director of the Management Office in the Rosselkhoznadzor Federal State Budgetary Institution. Recall that at that time, Victoria Abramchenko served as Deputy Minister of Agriculture.

After moving to the Federal Register, the official took Tukhtasunov with her, he became her adviser. Already in November 2018, a new career takeoff, she achieved the appointment of 33-year-old Parviz Konstantinovich as director of the Cadastral Chamber of Russia. The order was signed by the then head of the Ministry of Economic Development Maxim Oreshkin, Abramchenko's direct supervisor.

Now Tukhtasunov is being tested for creating fraudulent schemes when implementing the EGRN information system, and even as part of an organized group. The fact that when creating the system there could be corruption costs, there were rumours before as well, and the system itself was handed over, breaking the deadlines.

In 2014-2016, 1.6 billion rubles were allocated for its creation and launch. The system was supposed to work on January 1, 2017. However, the implementation of the relevant federal law was disrupted, the budget of 2017 "lost weight" by 821 million rubles, which were additionally allocated for the revision of the EGRN. Could some of this money have settled in the pockets of Tukhtasunov and Abramchenko?

Back in 2018, immediately after the appointment of Tukhtasunov as head of the FCC, the Chamber's staff published an open letter in which they called the new chief the organizer of a corruption scheme to get money for reducing the cadastral value of various expensive real estate objects. This was written by the PASMI publication.

The same publication recalls that the initiation of a criminal case, the person involved in which is Parviz Tukhtasunov, was preceded by an FSS check. According to the intelligence service, Tukhtasunov could have initiated the creation of a corruption model that allowed its participants to receive up to 25% of "kickbacks" from the agency's contractors.

If Tukhtasunov is charged with corruption, then there will be questions to Victoria Abramchenko, who is said to be his "defender" and "patron".

Another person who is called Abramchenko’s protégé (rightly or wrongly) is the assistant of Head of the Department for the Moscow region, Gleb Fomin. Allegedly, he is not the second, but even the first person in the Moscow region Rosreestr, and very often solves issues with the already mentioned Tukhtasunov.

In the context of this, it is rumoured that the Rosreestr of the Moscow region may too often act in the interests of the Samolyot Development GC, which is not alien to the family of the current Head of the region Andrey Vorobyov. So, not professionalism, but the willingness to issue "ordered" solutions from above is the main thing, isn’t it?

Will Abramchenko be "caught up"?

However, these are just a few corruption scandals out of many. It is rumoured that Victoria Abramchenko could protect her other former subordinates from the punishing sword of justice. For example, in 2017, the court overturned the sentence of a former employee of Rosreestr Lyudmila Osipova in a case of abuse of power. This was written by Kommersant.

The investigation believed that Osipova, working in Rosreestr, illegally registered half of the area of the main building of a private university - the Ural Financial and Legal Institute. Thanks to the actions of the ex-official, the owner of the property according to the documents was Angela Vinogradova, the former wife of the owner of the Institute Vladislav Nazarov.

The case had a wide resonance, the personnel policy of Abramchenko in Rosreestr was sharply criticized. The court of first instance found Osipova guilty, but Abramchenko, according to rumours, does not leave his people in trouble. And this is not the only high-profile case of that time. 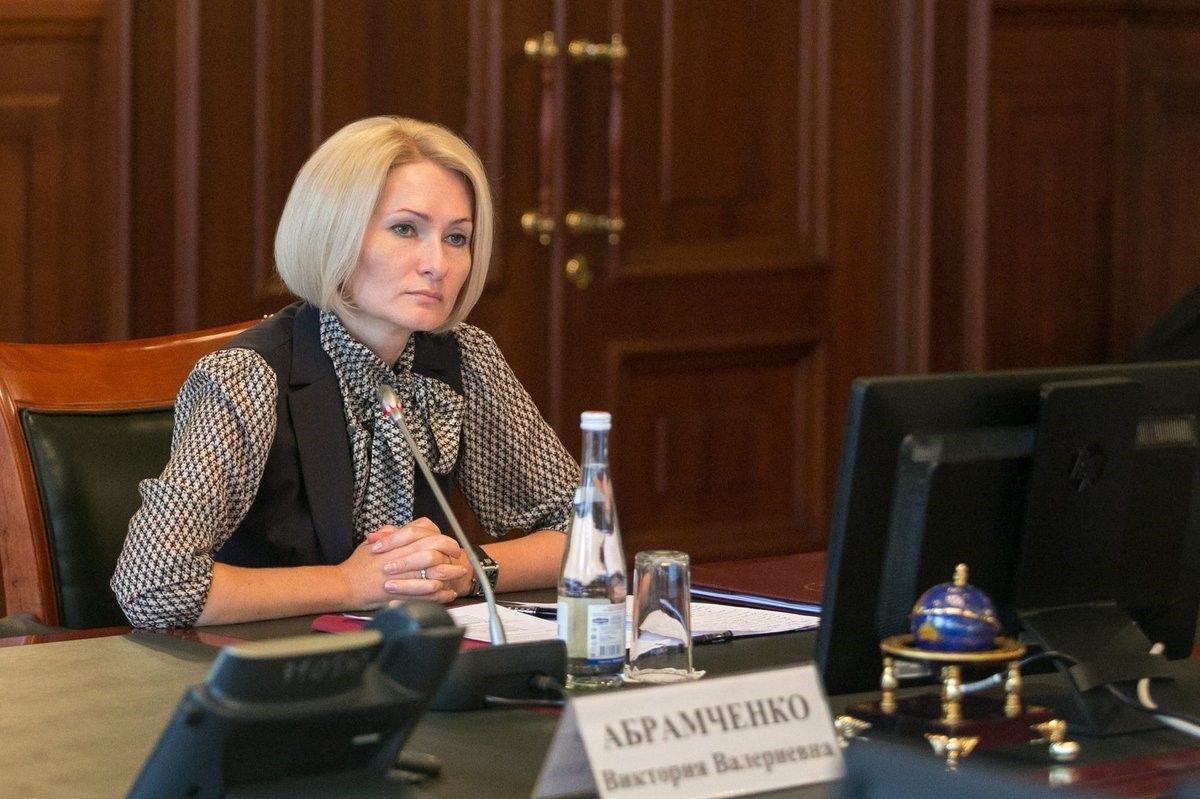 Will the chair of the Deputy Prime Minister guarantee that Abramchenko will not be "touched" by the affairs of her former subordinates?

Shortly before this, there was another case - in the Trans-Baikal Territory. There, the former Head of the Regional Department of Rosreestr, Nikolay Zateev, was sentenced to 8.5 years in prison. The investigation proved that the former official took bribes at least seven times during the three months from September to December 2015. This was written by Lenta.ru.

Zateev promised to speed up the registration of real estate transactions for money, for which he received good kickbacks. For example, one of the regional banks paid the former official about 400 thousand rubles. Tribute was also imposed on entrepreneurs, Zateev demanded about 750 thousand rubles from five of them. And then he got into the investigation of the FSS.

There were questions to Abramchenko and her subordinates about the actual work of Rosreestr. A few years ago, the Association of Russian Banks complained about difficulties with issuing mortgages. The problems allegedly arose due to the fact that Rosreestr did not implement the provision of information from the USRN in the form of statements that would contain information about real estate objects. This was written by Vedomosti.

There can be endless talks about the claims to the work of Rosreestr in the regions - this is both bureaucratic delays, and not always a cordial attitude to citizens trying to issue documents and many other points. It seems that Victoria Abramchenko "flew away" from Rosreestr to the Government in order to escape from this pile of problems. But what if the case of Tukhtasunov catches up wi