Did the oligarch get ready to leave after the rumored departure of the Fabergé eggs from Russia?

According to the source of The Moscow Post, a person from the Forbes list, the owner of 9 eggs from the collection of Carl Fabergé, may be preparing to emigrate. And clearly not to Cyprus, although he has a passport of a citizen of the Republic of Cyprus since 2017.

According to the information that was obtained from the source of the Moscow Post, there is a version that Mr. Vekselberg purchased a Fazenda in South America through figureheads. And he won't leave lightly, of course. Thus the Fabergé eggs can leave as well. Or have they already left? Information has already appeared in the media: that part of the collection that Viktor Vekselberg bought allegedly for the Russian Federation 16 years ago has left so far. It should be recalled that Vekselberg promised to give the eggs of the jeweler Fabergé to one of the state museums of the country, so that everyone could admire their unearthly beauty.

A correspondent of The Moscow Post tried to study the possibility of departure.

The package went to Panama

Apparently, the billionaire decided to leave Russia long ago. Back in late April 2018, the ROSIZO organization, which is "patronized" by the Ministry of Culture of the Russian Federation, sent a box with several curious packages to Panama. The box was estimated at $47 million.

The package was addressed to Lamesa Arts Inc. of Viktor Vekselberg.

From the published accompanying documents, it appeared that this box contained Antiques. And one of them was identified as "the Fabergé of Russia". This was reported by the The Intercept publication.

According to the documents, the shipment included two small packages weighing 900 grams with packaging and less than 200 grams without packaging. Despite its small size, the price was simply astronomical - almost 55 thousand dollars and 163 thousand dollars, respectively.

But package number three was of particular interest. It reached 181.7 kg. The cost of this parcel is 46.8 million dollars. It was this parcel that was marked as "Fabergé Russia". But what could be in these packages? After all, in addition to 9 Fabergé eggs, Mr. Vekselberg bought several dozen of "trinkets" of the Forbes family, that collected jewelry works of Carl Fabergé. 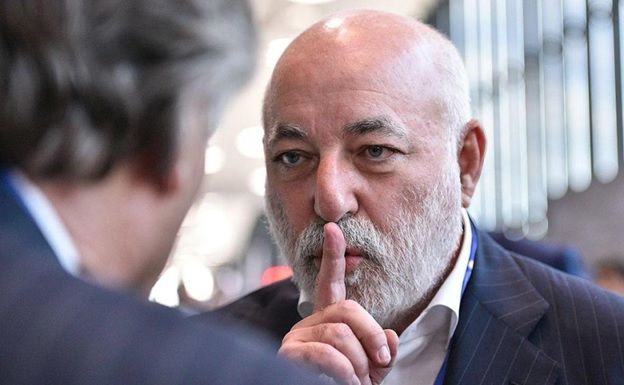 Viktor Vekselberg bought a collection of Easter eggs in 2004

Does it mean that Viktor Felixovich was preparing for emigration in advance?

He was added to the USA sanctions list in the spring of 2018. This immediately affected the value of Mr Vekselberg's assets and led to significant risks for the oligarch's multi-layered business.

Sanctions brought Viktor Vekselberg a lot of headaches. In the autumn of 2019, the oligarch's company Lamesa Investments Limited failed to receive interest on a loan that was issued to the Synergy Bank (Britain). Vekselberg's money remained in the Bank. Does the situation repeat? After all, once the billionaire "seized" the money of the First City Bank's depositors. And it was after such a virtuoso privatization that he became the owner of 9 Fabergé eggs. This was reported by Komsomolskaya Pravda.

Then, at the end of 2018, the owner of the water producer Baikalsea Company Baikal Holding in the Irkutsk region changed one of the co-owners: and 47% of the share went to the Ream Management firm from Vekselberg structures.

After that, Renova Group of companies reduced its share in Kamensk-Uralsky Metallurgical Works in the Sverdlovsk region from 89.45% to 49.45%.

Next, another oligarch Mikhail Prokhorov bought 39.42% of the stocks of the International Financial Club Bank from the company Winterlux Limited, which is also associated with Viktor Vekselberg. 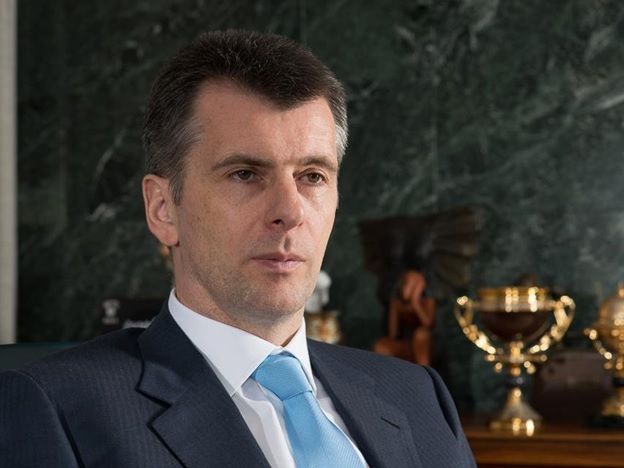 In September 2019, Renova Holding-Rus LLC withdrew from the ownership of a large greenhouse farm.

Does that mean that the businessman was well prepared for the "departure"?

Were Fabergé eggs threatened with arrest?

It should be recalled how the Easter eggs of Carl Fabergé suddenly appeared in Mr. Vekselberg's possession.

The calendar showed April 2004. A collection of 9 Easter eggs by Fabergé was going to be exhibited at Sotheby's auction. But something incredible happened: the collection was sold to Viktor Felixovich before the auction began. Sold for $ 100 million. The transaction was made with the consent of the former owner of the collection - the Forbes family. This was reported by Kommersant. 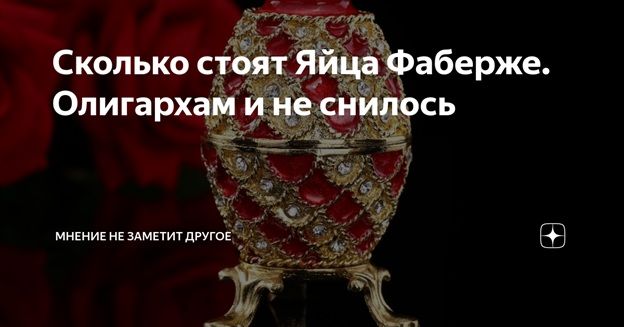 But as soon as the oligarch appeared in Moscow, the depositors of the First City Bank, whom the businessman left with nothing, filed a lawsuit. They demanded to arrest the purchase of Vekselberg, because they believed that the collection of eggs was bought with their money! With such a claim, the investors appealed to The Zamoskvoretsky District Court of Moscow. They claimed that the billionaire was involved in the deliberate bankruptcy of the First City Bank. Allegedly, the theft of Bank funds in the amount of $ 40 million occurred through companies controlled by the oligarch. And while Vekselberg was buying the collection, the Bank could not pay off its debts.

Around the same time, the mansion of the Renova company was searched.

But Viktor Felixovich was not affected by all these events! Moreover, he soon bought the building of the trade mission from the Hungarian Embassy for 21.3 million dollars. And a few months later, he sold the building to the Ministry of Regional Development.

But it was already several times more expensive - for 116 million dollars. This was reported by Forbs .

Apparently, this is how Mr. Vekselberg decided to reimburse his expenses for purchasing the collection.

They say that our oligarch was given an "illiquid" at the auction: the Easter egg "Spring flowers" as if it turned out to be "rotten", that is, fake. This was stated by Valentin Skurlov, the expert of the Russian branch of the Christie's auction house. This was written by Kommersant.

Expert Skurlov said that such an egg could be made for only 15 thousand dollars. 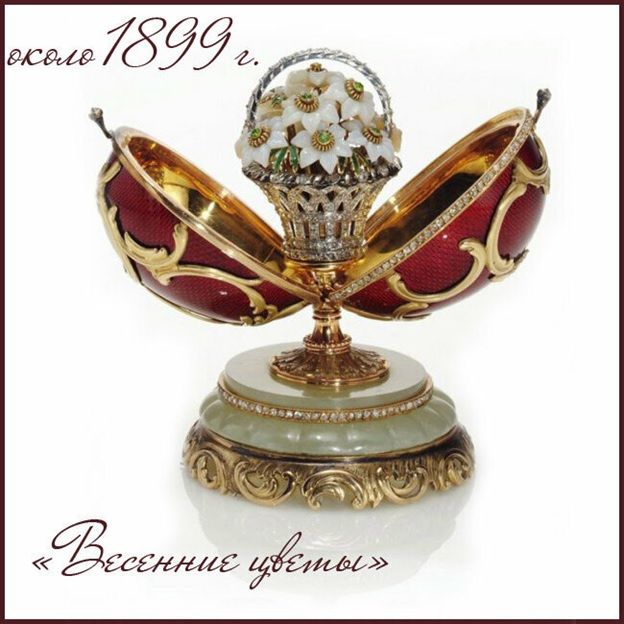 Yet the purchase of the Fabergé collection was a real cultural event.

But eggs came a bad luck with the transfer to the state Museum of Carl Fabergé. For several years, the collection was kept by the oligarch, although some famous museums in Moscow asked the question: "When can the famous collection be seen?" Vekselberg confessed only 5 years after the return of the Easter eggs collection to Russia. He said that the collection of Fabergé eggs would not go from his private property to the state. Then Vekselberg announced the construction of his own museum.

For this purpose, cultural-historical Fund "TimePad" has received the Shuvalovsky Palace in St. Petersburg in rent. This Palace was repaired, of course, at the expense of budget money..

The Carl Fabergé Museum opened in 2013. 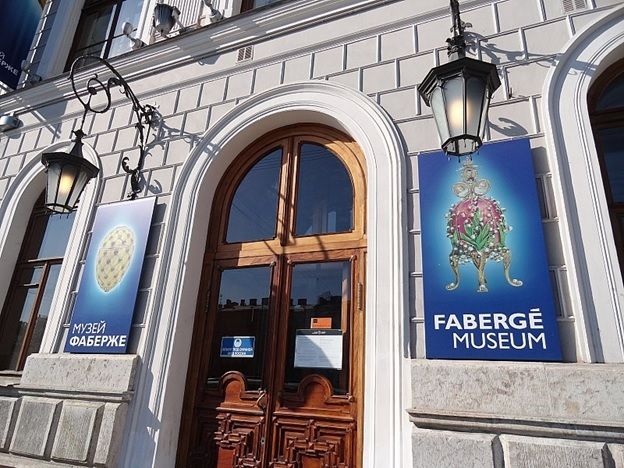 The Carl Fabergé Museum opened in 2013.

City defenders complained to the Ministry of Culture about Vekselberg's "barbaric plans" to demolish part of the Shuvalov Palace, in particular, to destroy the wing to expand the Fabergé Museum. The outbuilding was declared an emergency after some time.

The experts and public figures strongly doubted the examination on the accident. They filed a lawsuit.

But the trial was lost.

Perhaps, Mr. Vekselberg is in a hurry to leave his native land because he still has no obligations to his former business partner, ex-Minister of the Open Government of the Russian Federation Mikhail Abyzov. It should be recalled that Abyzov has been in prison for the second year, but this does not prevent his lawyers from continuing to unwind the case against Viktor Felixovich. And the litigation between two Russian billionaires has been going on for years!

It is also noteworthy that Mr. Abyzov was put in prison during the hottest period of his proceedings with Mr. Vekselberg. 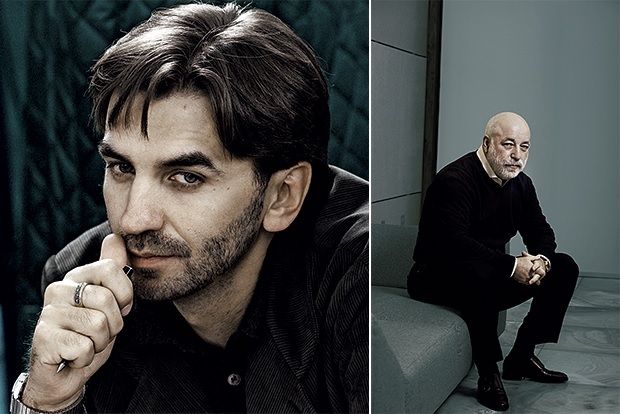 The couple's relationship was clarified in the British Virgin Islands court. At the moment when the handcuffs were snapped on Abyzov, Vekselberg tried to move the trial to Moscow.

What's all the fuss about? It arose from the shares of the T Plus company (previously it was KES-Holding). And this conflict began 14 years ago – in 2006, when Abyzov left the position of Managing Director of RAO EES and became an investor in Vekselberg's KES-Holding company.

This was written by Kommersant.

In late 2013, Vekselberg filed a lawsuit in the British Virgin Islands court. He demanded to invalidate the option agreement with Abyzov, which was concluded in the autumn of 2011. Mikhail Abyzov filed a counterclaim against Viktor Vekselberg's Renova Industries.

The statements of claim noted that, earlier, as part of a deal, the parties had verbally agreed on the distribution of shares in KES-Holding: Abyzov owned 41.65% of the holding, Viktor Felixovich – 43.35%, and the remaining 15% was to be divided between Vekselberg and General Director of KES-Holding Mikhail Slobodin.

Abyzov's investments were confirmed by loans: from 2006 to 2008, companies under his control provided 380 million dollars at 9.6% per annum directly to KES-Holding and some other Vekselberg companies. In particular, Lamesa Holding and Integrated Energy Systems. The total amount of loans corresponded to Abyzov's share in the capital of KES-Holding.

But in 2009, Vekselberg's Lamesa Holding company offered to buy shares in TGC And OGK. And Abyzov's share in KES-Holding fell below 41.65%.

Abyzov decided to ensure his bets and agree with Vekselberg to get a put option exit from KES at a price of 451 million dollars. The amount was lower than the cost of Mikhail Anatolyevich's share in the case of the sale of KES-Holding to Gazprom Energoholding. But its size corresponded to Abyzov's investment in KES-Holding with interest.

But the deal fell through. Abyzov's share in KES-Holding was never registered. Soon Mikhail Anatolyevich was invited to work in the Government of the Russian Federation. He placed his assets in trust management.

In 2013, the parties exchanged several counterclaims on the territory of the British Virgin Islands: the owner of Fabergé eggs demanded to cancel the option. Abyzov claimed damages. 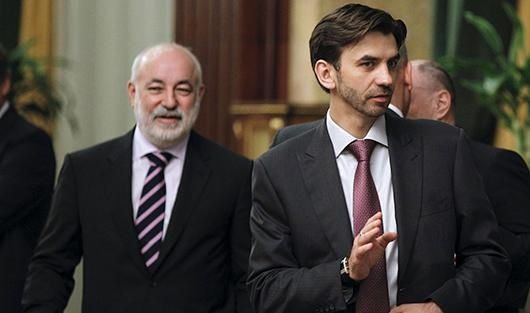 On the eve of Abyzov's arrest, the Court of the British Virgin Islands considered an economic dispute, in which Abyzov made additional claims to Vekselberg for damages due to non-performance of obligations under the agreement of 2006.

Viktor Vekselberg filed a lawsuit in the Gagarinsky District Court of Moscow with the requirement to recognize the verbal agreement as not concluded. But he lost.

Can now Vekselberg be "driving the horses" to get away before Abyzov gets out of prison? 1 billion dollars is usually not lying on the road, is it?

And we continue to glorify...