Which of the heads of regions have the greatest chances to leave their posts ahead of schedule in 2022?

According to the correspondent of The Moscow Post, despite the obvious focus of public attention on the tragic events in Kazakhstan, the expert community is already sharing forecasts about the future of the governor's corps in Russia.

This is due to several things. One of them is the absence of federal election companies in 2022. That is, for the current heads who have proven themselves, let's say, not from the best side in managing the entrusted regions, it will not be possible to speculate on the result of the party in power (which can add them political points in the eyes of the Presidential Administration).

This year, "their" elections are expected in 14 regions at once. These are Vladimir, Tambov, Yaroslavl, Kirov, Kaliningrad, Novgorod, Ryazan, Tomsk, Saratov and Sverdlovsk regions, as well as Buryatia, Karelia, Udmurtia and Mari Electronic. More elections await Adygea, where the head will be elected by parliament.

Among all these regions, only the governor of the Tomsk region Sergey Zhvachkin, who has not climbed out of scandals all last year, is striking from the obvious. Actually, even he may not reach the elections, because back in the fall of 2021, four RBC sources close to the Presidential Administration immediately reported his imminent possible resignation.

Sergey Zhvachkin belongs to the category of age leaders. He has been in office since 2012, that is, he became governor even before the return of direct elections of regional heads. In 2017, he won the election, but the result was not, let's say, discouraging - 60.6%, and this with the full support of the administrative resource.

Tomsk region is clearly not an example of effective public administration, but in the case of Zhvachkin, a completely different factor can play. He - a native of the oil and gas sector, worked in various structures, including Gazprom - headed Gazprom Transgaz-Kuban. They have repeatedly tried to attribute lobbying to him to the detriment of the interests of the region. 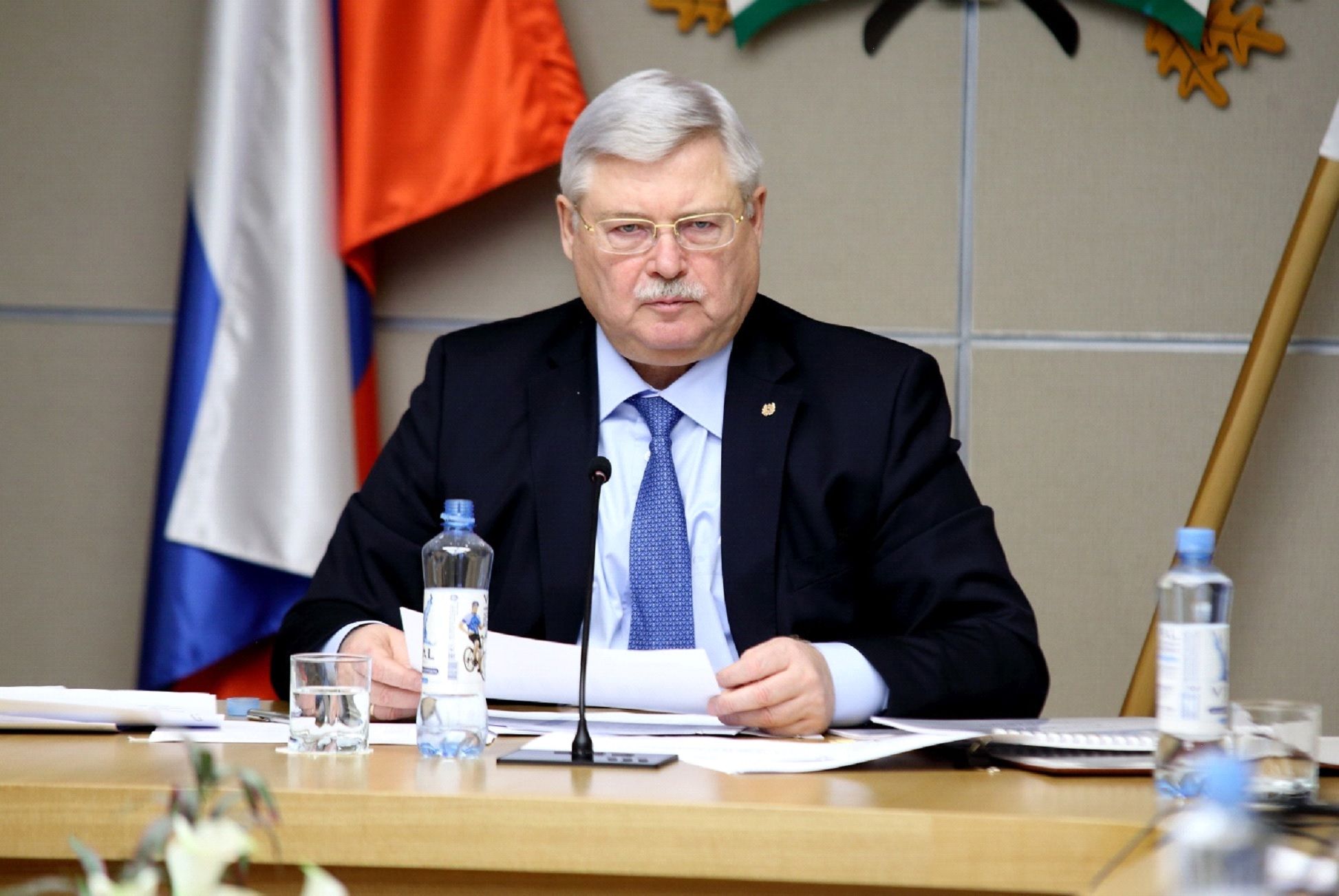 Age and proximity to gas workers are constant topics for criticism of Zhvachkin from the opposition. Moreover, the protest potential in the Tomsk region is quite large, Zhvachkin clearly does not cope with it. As a result, according to the results of the elections to the State Duma, United Russia won only 32.7% of the vote - noticeably lower than in the neighboring Novosibirsk Region and Krasnoyarsk Territory. All this clearly does not please the Presidential Administration.

The head of the Komi Republic and former Deputy Minister of Health Vladimir Uiba is not frankly preparing to be re-elected this year. Since 2021, he has been among those to whom political scientists will read an early resignation.

It is no exaggeration to say that the whole previous year was full of scandals related to his figure. Mr. Uiba was not able to establish strong interaction with the elites - although after the scandalous demarche Gaiser, Uiba was waiting for a slightly balanced approach, "putting things in order."

Instead of putting order under Uiba, corruption scandals and political slips occurred in the region. What is only worth his skirmish with the deputy of the State Council from the Communist Party Oleg Mikhailov with mutual offers to resign, Kommersant wrote about this.

But this is for external consumption. In essence, Uiba suffers a failure after failure. One of these was the disconnection of the Komi Republic from the list of areas equated to the Far North. And let formally the surcharges to the residents of the republic, as residents of the Far North, remain - their one-time cancellation would lead to social discontent. Such a symbolic decision is the result of Uiba's hardware defeat as a federal lobbyist.

There are markers much worse - personally for Vladimir Uiba. At the end of November, Russian President Vladimir Putin expelled the head of Komi from the Presidium of the State Council. It would seem that you can write off for rotation. But a separate line here is the effectiveness of Uiba (by the way, a health official) in the fight against the pandemic.

According to political analyst Grigory Dobromelov, Vladimir Uyba banally fails to cope with the work of the governor. The expert recalled that in November Komi broke its own anti-record for incidence in 2021 (and this is against the background of a colossal vaccination campaign). His words are quoted by the Club of Regions. 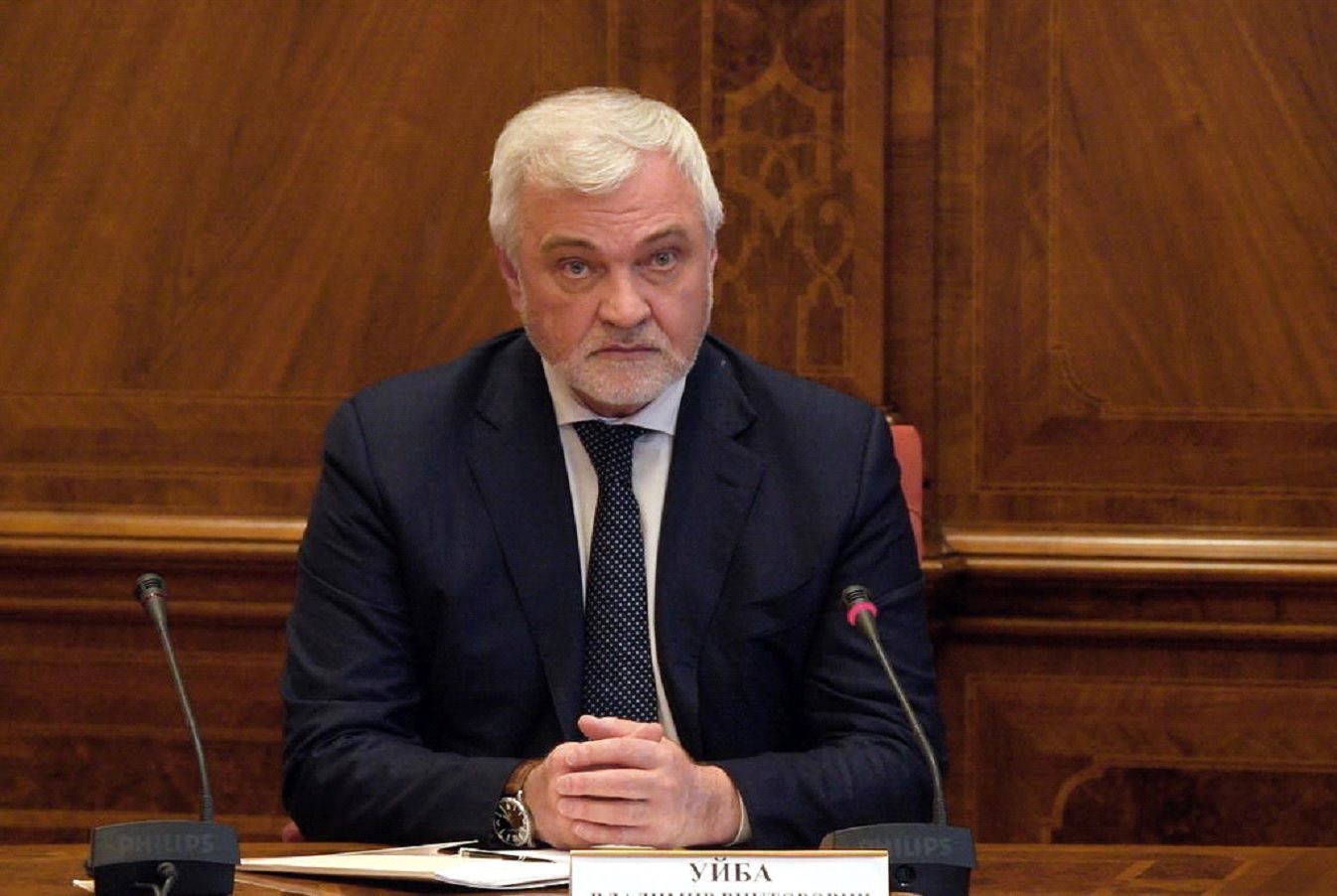 Vladimir Uyba, having come from healthcare, was never able to demonstrate effective management of the industry. And this is in the hardest, "cowardly," period

It got to the point that Vladimir Uyba himself decided to "watch" the residents of the Republic, otherwise "threatening" with the possible cancellation of the ball hockey championship, which should be held in March-April 2022. Purely corruption scandals, in which his name or the names of relatives appear every now and then, do not leave Mr. Uiba. This hardly pleases the Presidential Administration.

Another likely candidate for exit is the head of Yakutia, Aisen Nikolaev, whose wife may have a whole business empire related to diamond mining. Rumors about the possible departure of Nikolaev did not subside throughout the second half of 2021. He began to suffer image losses in the summer, when forest fires raged in the region. And in September, the Yakut branch of United Russia, which was supervised by the head of the region, suffered a serious defeat, receiving only 32% of the vote.

Of course, they immediately tried to associate this with the ineffective domestic policies pursued by the governor. The possible replacement of Nikolaev is also called - Andrei Tarasenko, the former acting governor of Primorsky Krai. Now he takes the position of Prime Minister of Yakutia - which in itself says a lot.

Mr. Nikolaev does not add points and the situation with his wife's business. Few people believe that he, as the head of the region, does not contribute to its active activities. Now Lyudmila Nikolaeva has aimed at 0.5% of the global market, which she plans to occupy with her company ALMAR. About this writes Forbes.

Interestingly, the formal owner of the company is not she personally, but a very remarkable office of AGK. And here it is interesting: zero employees work in the staff, the authorized capital is only 10 thousand rubles. At the end of 2020 - zero revenue, a loss of 17 million rubles and the value of assets - minus 63 million rubles.

It seems that some simply do not want to pay taxes in their native republic or "draw" financial statements. And how else to understand the desire to get 0.5% of the global diamond market with such indicators?

The fact that 2021 caused irreparable damage to the political career of Aisen Nikolaev was said by many experts, in particular, political analyst Andrei Danilov. They even recalled how during his assumption of office the center of spiritual culture of the republic burned - the house of Archie, which was unequivocally interpreted by people as a bad sign, the prediction that Nikolaev would not reach the end of his governor's term. 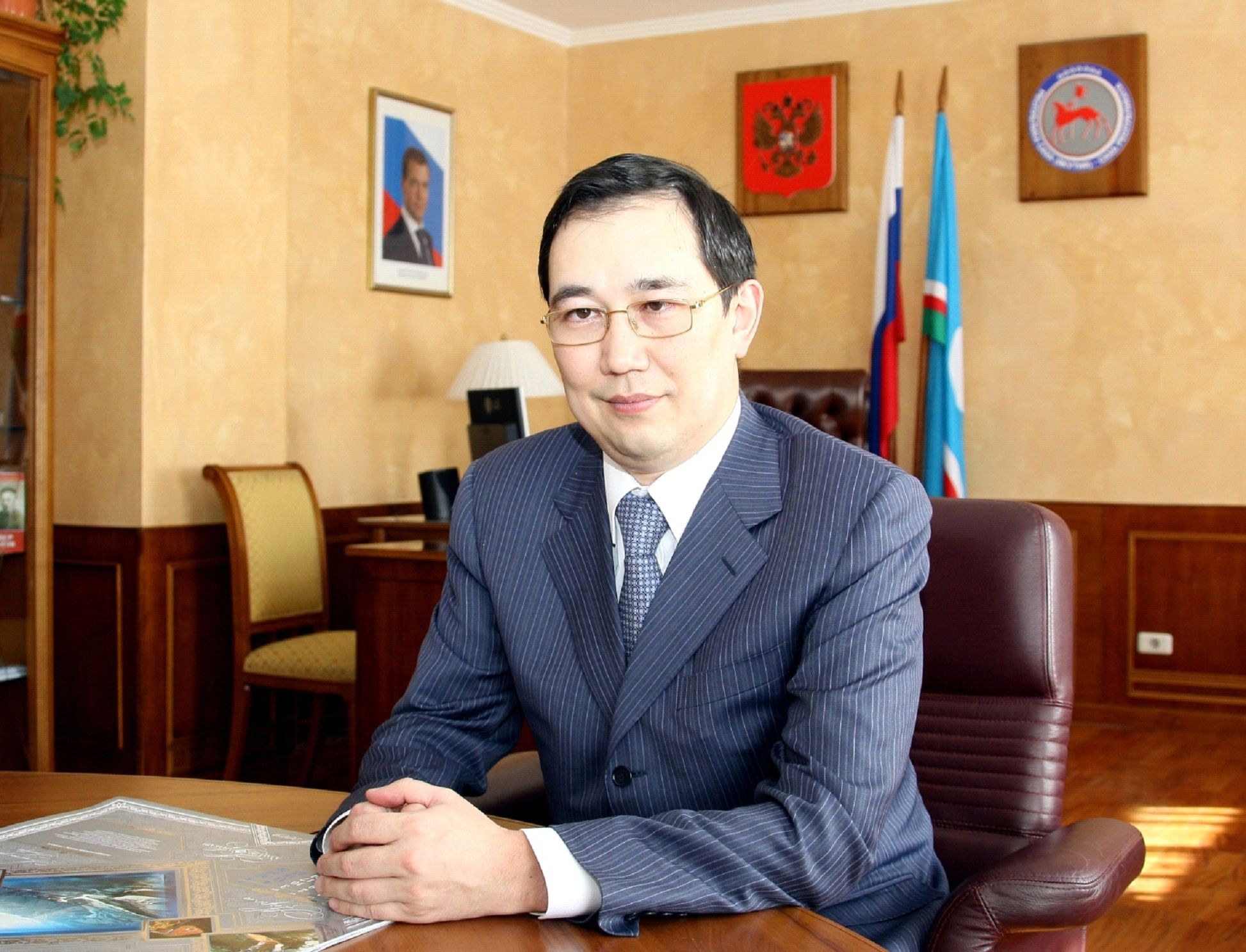 Another likely candidate for a job change is the head of Kalmykia, Batu Khasikov. In the republic it is called "Fizruk" - the sports past affects. Khasikov's problem is actually one, and everyone else is growing out of it: the inability to agree with the elites of his own native region.

What is only worth the conflict between Batu Khasikov and the deputies of the People's Khural of Kalmykia. This is probably the first time in the history of modern Russia that the heads of all opposition factions demanded his resignation. Kommersant wrote in detail about that scandal.

There are even wild rumors about his communication with parliamentarians - allegedly Khasikov could force with threats to vote for the bills he needs. According to Volga-Caspian, Khasikov was accused of pressure in public, and not the Communists or LDPRovtsy and personally the leader of the faction of the United Russia party of power Saglar Bakinova. 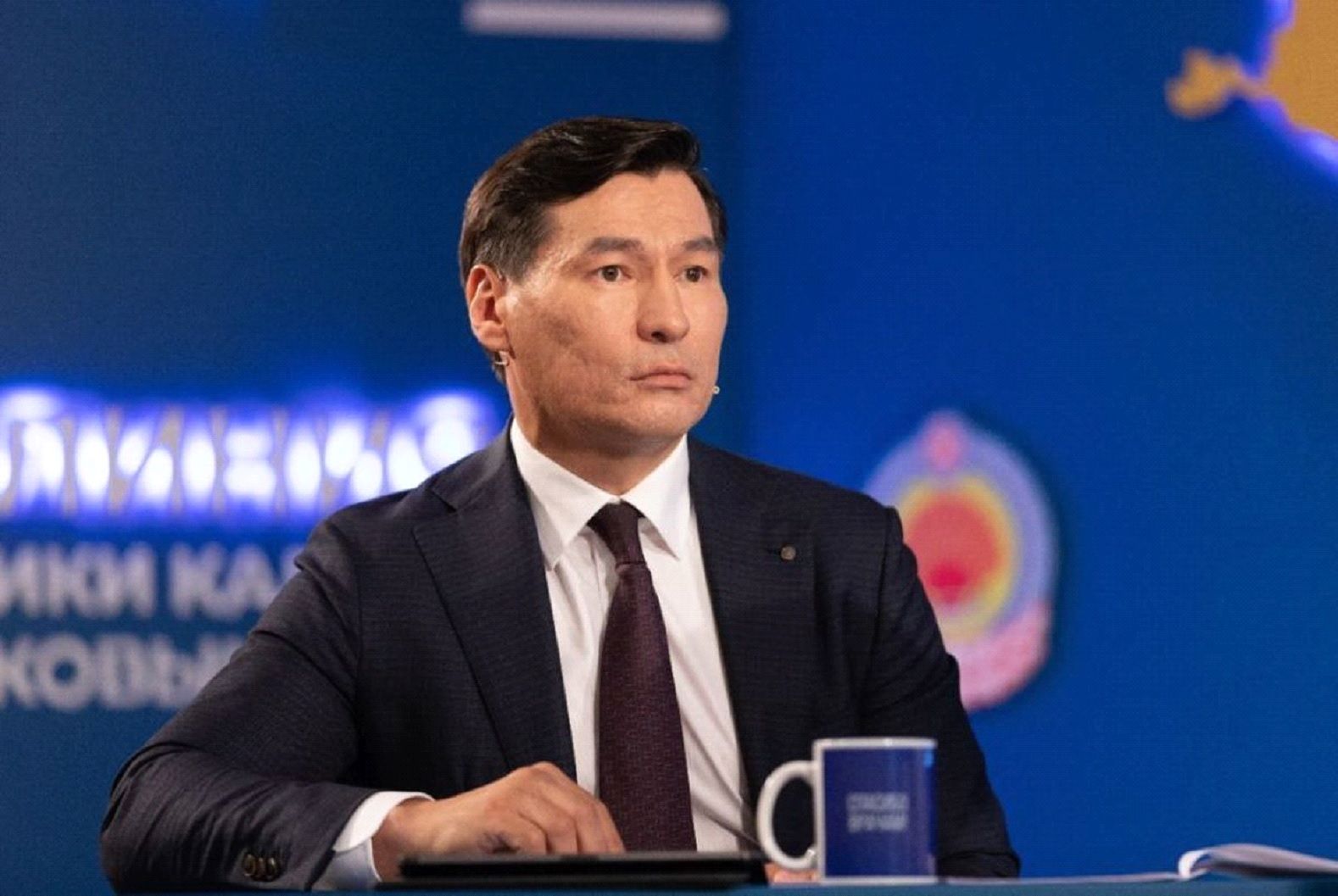 Batu Khasikov could not find a common language with the elites?

All this could be attributed to the field of political struggle if Khasikov had real successes in solving the problems of the region. But they are not traced. Earlier, The Moscow Post wrote about the situation when under Khasikov they still could not fully put into operation the Iki-Burulsky water conduit, which should provide drinking water to Elista. Yes, you did not hear - drinking water. In Kalmykia, only 7 per cent of the population has access to clean drinking water.

The chances of leaving his post ahead of schedule are also high for the youngest representative of the governor's corps - the head of Khakassia, Valentin Konovalov. In the National Ranking of Governors of Russia, he is stably in the "basement," where the "company" to him is the same Batu Khasikov.

Here too, you don't need to be seven pads in the forehead: Konovalov won the protest vote, but in fact turned out to be a very weak manager. Weak not because it is bad, but because it has neither real experience nor solid support in the elites. Even in his Communist Party.

The federal press also writes that Konovalov is in line for departure. In particular, RBC predicted his early resignation last fall.

It is noted that the Kremlin initially considered Konovalov, who won due to a protest vote, unprepared for the governor's post. Now, when a series of corruption scandals have superimposed on this unprepared, his departure in representing many experts is a completely resolved issue.

For example, at the very beginning of 2021, Viktor Garanin, a close assistant to the chief of staff of the head of the Republic Konovalov, was arrested for incitement to receive a bribe. According to the investigation, Garanin was destined part of a bribe in the amount of 4 million rubles received by the director of the state institution "Forests of Khakassia" Andrei Vasiliev for illegally concluding a contract for the sale of wood. About this writes Club of Regions. 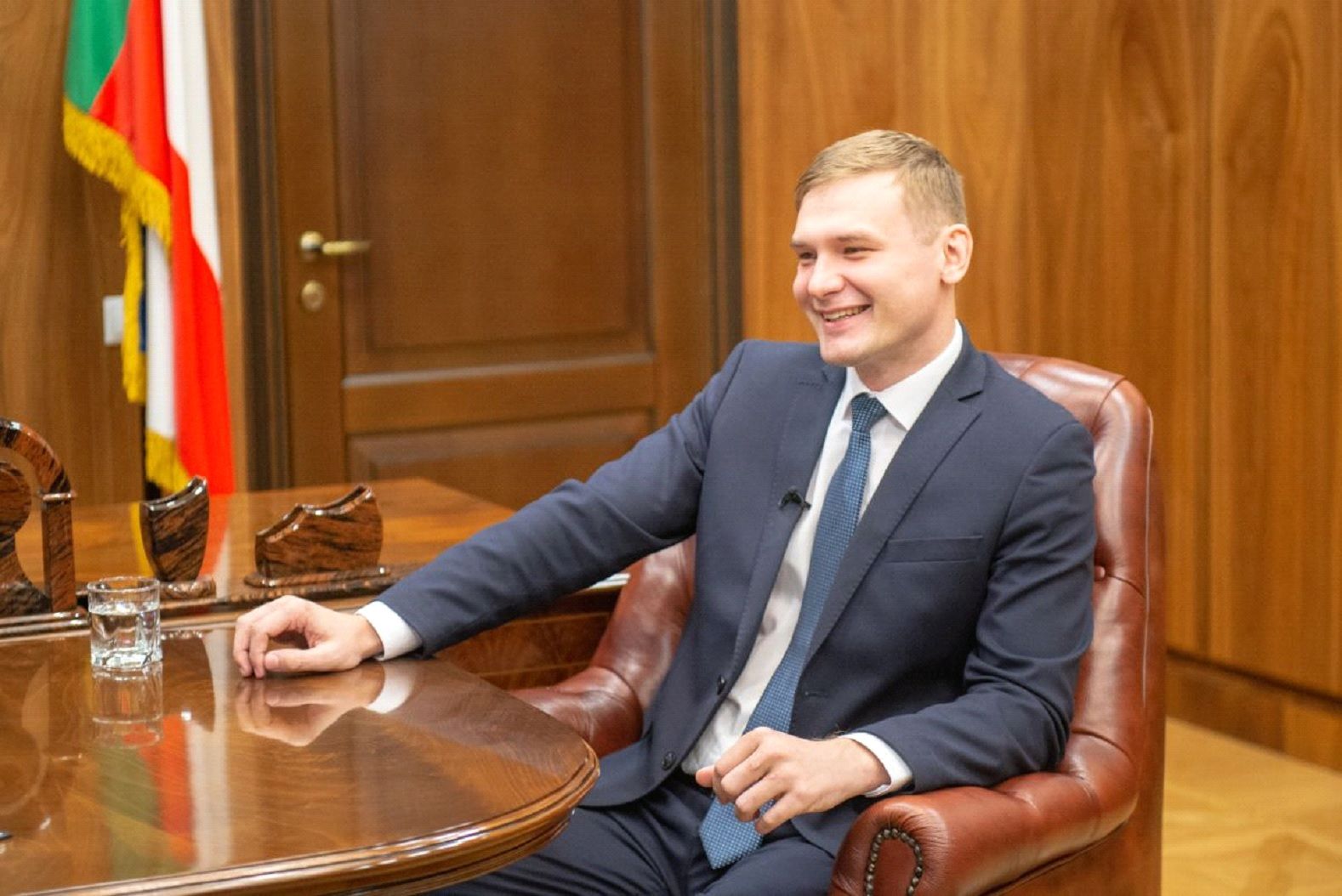 Which of the above chapters will leave earlier, who later - time will tell. But all of them, of course, will leave, and in the not-so-distant future. It is no less interesting who will take their place - but this, as they say, is a completely different story.