Uss and Khloponin with Vissarion's "blessing"

The destructive cult of the CLT, which built houses for Krasnoyarsk officials, could work with the direct support of the past and current governors of the Krasnoyarsk region.

A story with the detentions of the leaders of the Church of the Last Testament (CLT) sect is developing in the Krasnoyarsk territory: former traffic police inspector Sergey Torop (Vissarion) and his closest associates Vadim Redkin and Vladimir Vedernikov. It turned out that for many years they have lived well and collected money from the "congregation" right in front of the regional authorities.

And not only that. They could use the patronage of local officials. Now the investigation is establishing their connections. Law enforcement officers believe that the cultists were engaged in illegal logging and built mansions for the local elite. Allegedly, one of them is the mansion of the Governor Alexander Uss in the Siberian taiga.

This is only the beginning of a large-scale investigation that can lead not only to Uss and his team members, but also to former Head of the region Alexander Khloponin, under whom the sect flourished in a violent colour. Or maybe someone higher. The  correspondent of The Moscow Post studied this situation.

The detention of the top of the Church of the Last Testament was like a movie drama. Thank God, no victims. The operation took place on the basis of the community - in the City of the Sun (Gorod Solntsa), located in the village of Cheremshanka. Several helicopters in the remote taiga, full of operatives, were not just a whim - the sectarians had weapons, communications and transportation. A large sum of money and a golden crown were seized from head of the sect Sergei Toropov.

Meanwhile, there is much evidence that the administration of Alexander Uss could have been well aware of the activities of the sect, but did not interfere, and could even help its work. According to Kommersant, a private school in Cheremshanki, where the sect's base was located, has repeatedly received regional state grants. Their volume for 2016-2020 could exceed 20 million rubles.

There were portraits of Sergey Toropov in this school, and the training was specific. Despite this, in 2017 it received a license to carry out educational activities. In other words, the officials had to know what was going on there. Does it mean that they knew, but still allowed it? Such things do not pass without a sanction from above. 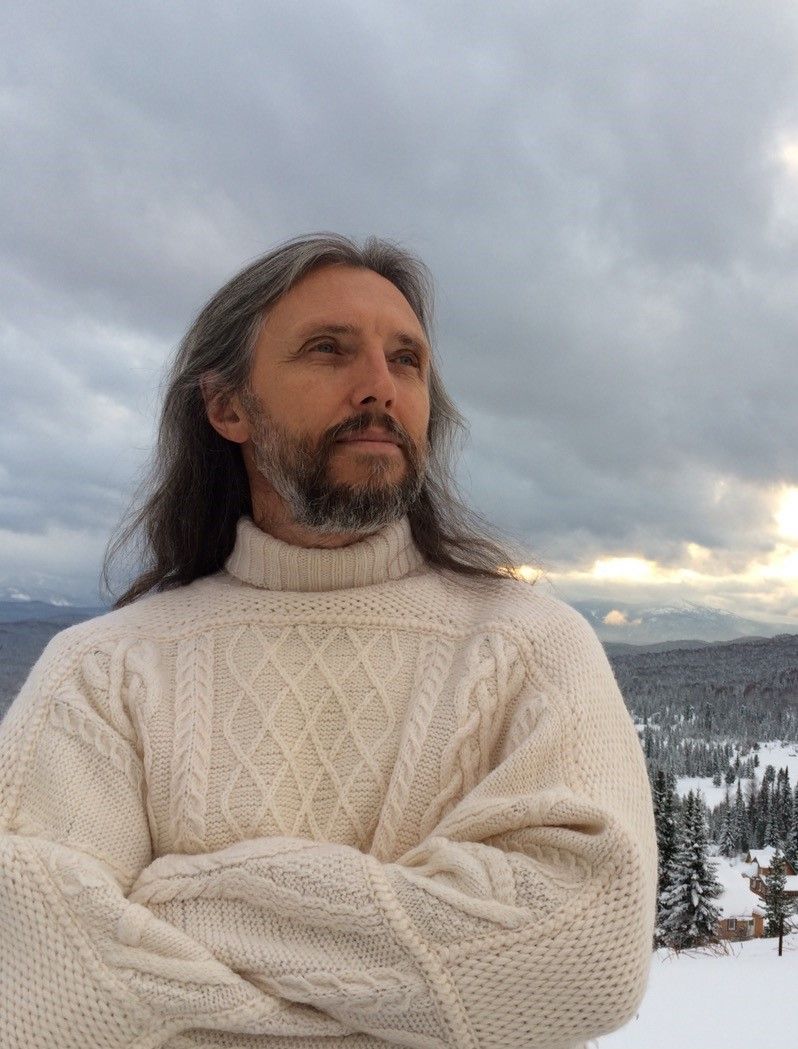 Did Sergey Torop entangle Krasnoyarsk officials with his "nets", or was he a full participant in corruption schemes?

Illegal deforestation, timber harvesting and the construction of premium homes from it were one of the main sources of income for the community. It turned out that the individual entrepreneurs controlled by the sect, which are not announced by the investigation, won various tenders for tens of millions of rubles. One of them even built facilities for the 2019 Universiade in Krasnoyarsk.

According to the authors of the 19rus.info, website, allegedly the Kraslestorg company, which could give bribes to Dmitry Maslodudov, allocated 25 million rubles to "followers of Vissarion" for the construction of the site and several guest houses at the festival of wooden architecture in the framework of the Universiade.

It is unclear how this structure could have won anything at all. The company is similar to a fictitious one: not a single person works in its state with an authorized capital of 10 thousand rubles. There are no assets on the balance sheet. At the end of 2019, it earned only 321 thousand rubles with revenue of 11 million. In other words, if funds were transferred through this structure, this was done without being reflected in the financial statements. How could the administration of Uss not know about this?

Moreover, according to some reports, it was allegedly members of the community who built a house on the 37th plot in the village of Akulinino for Alexander Uss, the house in his personal  settlement in the Balakhtinsky district, and also reconstructed the Governor's personal bathhouse in the Sosny residence in July-August 2020. 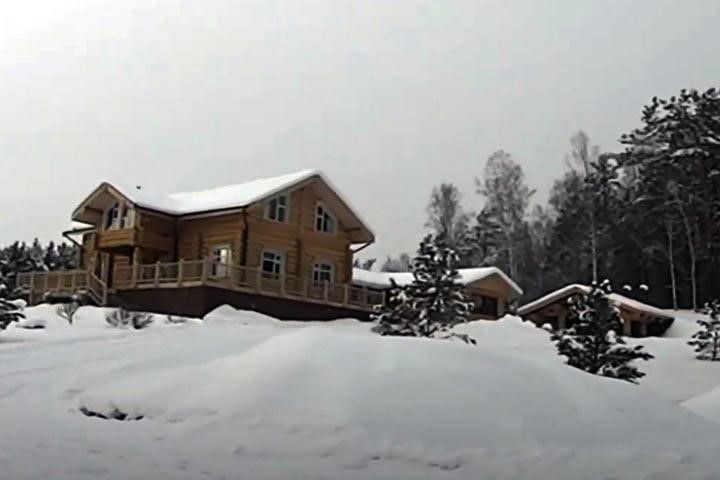 The scale and nature of their activities, as well as the inaction of officials, is striking. According to rumours, it got to the point that the state tourist information centre of the Krasnoyarsk region advertised the community in its Instagram as one of the sightseeing sites. However, this post, if it existed at all, has been deleted. No wonder - the noise rose all over the country.

The community has existed for almost 30 years. And it all started, of course, long before Alexander Uss. There are serious reasons to believe that former Governor of the Krasnoyarsk territory Alexander Khloponin, may have patronized the community. It is said that he has a close and friendly relationship with Uss himself. And, most likely, not only with Uss.

After all, Alexander Khloponin didn't take measures to stop the activities of the community. Or at least cut off its funding through state grants and tenders. But he personally visited Sergey Torop-Vissarion back in 2008. This is reported by Nezavisimaya Gazeta.

The two leaders allegedly communicated very warmly. So much so that Khloponin's visit was included in the so-called "life of Vissarion", which is conducted on the Internet by adherents of the community. Surprisingly, after the detention of Vissarion, information from the official website of the leader of the sectarians disappeared. However, the page itself remained in its place!

But the Internet remembers everything. According to the authors of the Cirota.ru website, allegedly they have preserved excerpts from that page of the "life". Which they now provide on their website. There you can find several interesting statements at once.

Allegedly, members of the sect note: that time Khloponin arrived on a visit to the Kuraginsky district, where the community's base is located. He was greeted with bread and salt, including Vladimir Tinkov, then head of the administration of the Cheremshansky village Council, where The City of the Sun is located, as well as the head of the local Council of deputies, Philip Schmik.

In other words, local authorities should have been aware of what kind of community it was and what it did. They worked quietly in their positions, and could be a link between the "Teacher" (as Sergey Torop is called by his followers) and regional officials.

Allegedly, Khloponin and the "Teacher" communicated very warmly. The latter allegedly showed him a reproduction of his paintings, and then took him with his students to the "Residence of Dawn". Today it seems incredible. The head of the region comes to visit the head of a destructive sect, eats and drinks with him at the same table, looks at his paintings, listens to his advice?

At the same time, dozens of people who fell under the influence of the community could get severe mental disorders. The investigation regards this as serious harm to health. It is no wonder to suppose: could Khloponin or Uss themselves, having learned from Sergey Torop, hurt their mind? 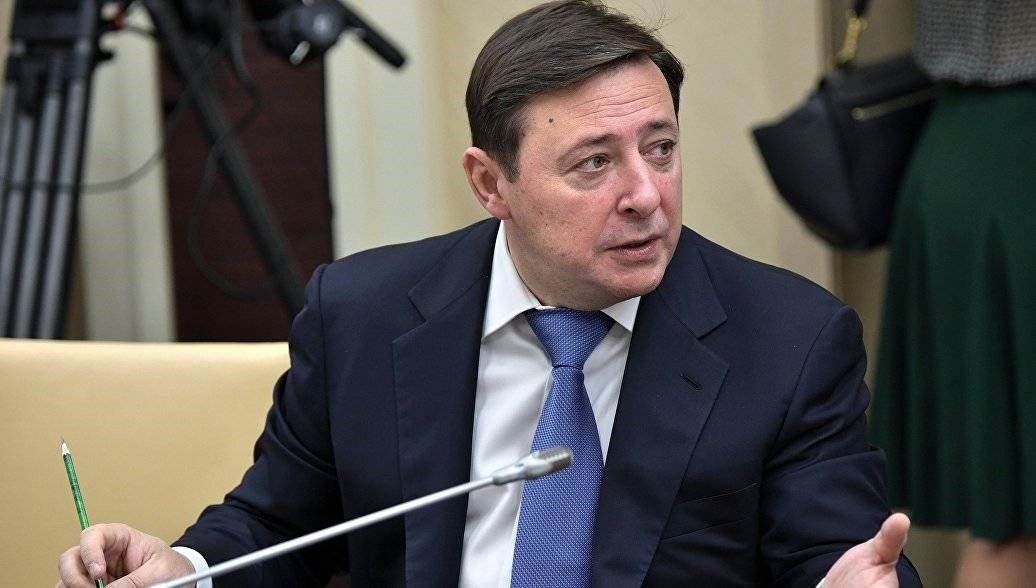 Did Alexander Khloponin not stop the activities of the sect and was taken there as a dear guest?

We are sure that he did not. Most likely, the community was just convenient for the authorities. Due to the fact that they built houses for the local elite and welcomed them as dear authorities. But there is much more likely option in the light of Maslodudov's detention. The top of the community could participate in corruption schemes of officials, notably "paying off" them from illegal deforestation.

Since such deforestation went "past the cash register", it is not possible to assess the damage from them yet. Law enforcement officers are working on this. But it is already clear that it can be calculated not in tens, but in hundreds of millions of rubles.

Not only regional officials could be aware of the work of the sect. The same Khloponin, having a serious weight at the Federal level, had to actively interact with Russian oligarchs. One of them is billionaire Mikhail Prokhorov.

According to the authors of the BBC.com website, allegedly, when Khloponin was Deputy Prime Minister, Prokhorov helped him earn a record 2.9 billion rubles in 2017. Then Prokhorov bought an Italian villa of an official through his offshore company.

But that is not the issue: Prokhorov is known for his love of wildlife, snow and mountains. It is rumoured that  back in the 2000s Prokhorov himself came to the Kuraginsky district for recreation. It should be noted that no one has officially confirmed this information.

In any case, this story is only gaining momentum. Both Alexander Uss and the former Governor and Deputy Prime Minister of the Russian Federation Alexander Khloponin are most likely not the only officials with whose connivance the CLT grew and grew stronger. After this, the moral authority of these officials is out of the question. But what if Uss is engaged in the affairs of the sect after the former Minister Maslodudov? He clearly will not want to sit alone.