The most likely candidate for the post of Governor of the Khabarovsk region from the LDPR is Sergey Zhigarev. And it seems that in order to clear his reputation before potential voters, even before Furgal's arrest, the party may have launched an unprecedented campaign to clean up information about his "merits" on the Internet.

Governor of the Khabarovsk region Sergey Furgal, who was detained a few days ago on suspicion of assassinations, has not yet been stripped of his powers, and the LDPR is already preparing to replace him. The party is convinced that it is their co-party member who should take Furgal's place, and has already decided on three candidates who can replace him.

According to The Moscow Post, the list includes three co-party members of Furgal - Mikhail Degtyarev, Chairman of the State Duma Committee on Physical Culture, Sport and Youth Affairs, Sergey Zhigarev, Chairman of Committee on Economic Policy, Industry, Innovation, and Entrepreneurship, and Andrei Andreichenko, a Deputy.

Experts believe that Sergey Zhigarev has the best chance of being promoted along the party line. Degtyarev is considered to be Zhirinovsky's right-hand man, and the leader needs him on the spot, in Parliament. Andreichenko does not have enough political and administrative weight to manage such an important and problematic region as the Khabarovsk region.

But Sergey Zhigarev is much more suitable for this role. However, his reputation is not good enough. In recent years, Zhigarev has been caught up in one scandal after another. He was credited with expensive real estate abroad, allegedly not reflected in the declarations of excess income, violent family dramas and many other sins.

However, until 2019, Zhigarev did not worry much about what was written about him in the media. But last year he began to worry. So much that he filed lawsuits against a number of publications with the requirement to delete allegedly defamatory information. Why did Zhigarev suddenly decide to "clean up" the media field?

According to sources of The Moscow Post, close to the LDPR leadership, party leader Vladimir Zhirinovsky, despite the "concert" held in the state Duma on the occasion of Furgal's detention, knew very well that soon he would be "taken". Moreover, the LDPR leader himself could "help" his co-party member get into detention centre as soon as possible!

It is rumored that the reason for this step of Vladimir Volfovich could be not criminal past attributed to Furgal, but his ambitions to take the chair of the party leader. Zhirinovsky would not have put up with such habits. Moreover, people who spread rumors whisper that Furgal lost touch with reality and even dreamed of presidency.

An interesting approach to personnel policy. With him, the residents of the Khabarovsk region cannot expect anything good from the LDPR candidate. Allegedly, this was the reason for the beginning of a large-scale "cleaning" of the Internet publications  that were objectionable to Zhigarev. The initiator of this process could well be Vladimir Zhirinovsky himself, trying to create a decent image for his new protégé.

There were many well-known publications among the media that got under pressure of legal proceedings. Among them - Kommersant, RBC, the website of Svoboda. By March 2020, the City Court of Odintsovo, the Moscow region, ordered RBC and a number of other media outlets to delete an article that described the possible ownership of foreign real estate by Sergey Zhigarev.

Even before that, the City Court of Odintsovo of the Moscow region made three more such decisions on articles that described the alleged closeness and breakup of Zhigarev's relationship with the model Olga Sintyureva, as well as on the Deputy's income, which could have been obtained illegally and were undeclared.

All this was done in the following way. The statement about unreliability of information was submitted to some little-known sites that were not associated with major media. These sites contained only reprints of articles about Zhigarev. However, after the decision on the inaccuracy of information, all such cases on the Internet are subject to blocking, which obliges media sites to delete these materials.

It's even more interesting now. As follows from the message on the website of Radio Svoboda, allegedly those who do not want the appearance of unwanted information about Zhigarev are trying to ensure that Russian sites can not even report what information is recognized by the court as unreliable.

And it would be very interesting for potential voters of Zhigarev in the Khabarovsk region to know about this. For example, RBC's article about the Deputy's real estate, which was removed from the site by a court decision, referred to a certain full namesake of Sergey Zhigarev.

There was a scandal of another kind, after the alleged loss of 22 million rubles from the apartment where Zhigarev lived. Where and why the Deputy could have such a sum in cash, was not reported, but a criminal case was opened on theft. The lawsuit regarding this case is being continued.
In August 2019, the judge of the Odintsovo Court found inaccurate information published in another article. As follows from the text of the court act, Zhigarev considered false information that his wife Natalia allegedly bought the property of a bankrupt entrepreneur for 100 million rubles.

It is good that this information turned out to be unreliable, because then questions would inevitably arise about where the Deputy's family got such huge funds. By the way, after this story, some observers associate Zhigarev's divorce from his wife with the fact that the huge number of assets "hanging" on her can adversely affect the career of the Deputy.

In 2019, Zhigarev really filed a fairly modest declaration - only 4.4 million rubles of income.

However, there was no income of Natalia Zhigareva. If there is no marriage, there is no declaration concerning his wife.

Could divorce from his wife also be part of a multi-step plan to replace Furgal with Zhigarev? They would hardly want to show this to Zhigarev's future voters in the Khabarovsk region. And in this way — it seems that everything as if does not belong to him.

The fact that the divorce could be a distraction, can be evidenced by other points. As evidenced by the open database of the unified state register of legal entities, Zhikharev's ex-wife remains a co-founder of the company Technorusresurs LLC. 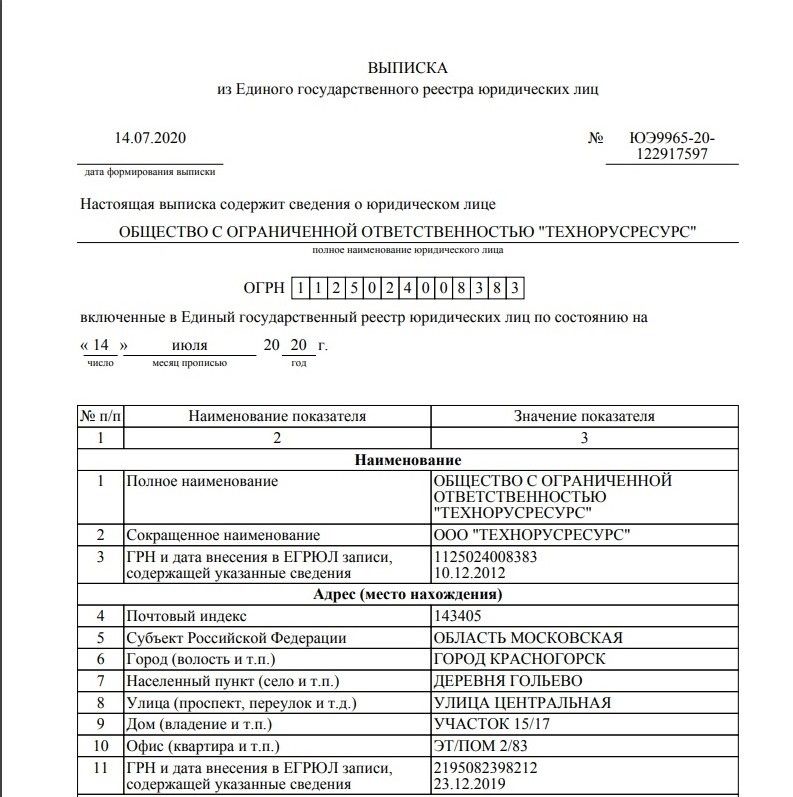 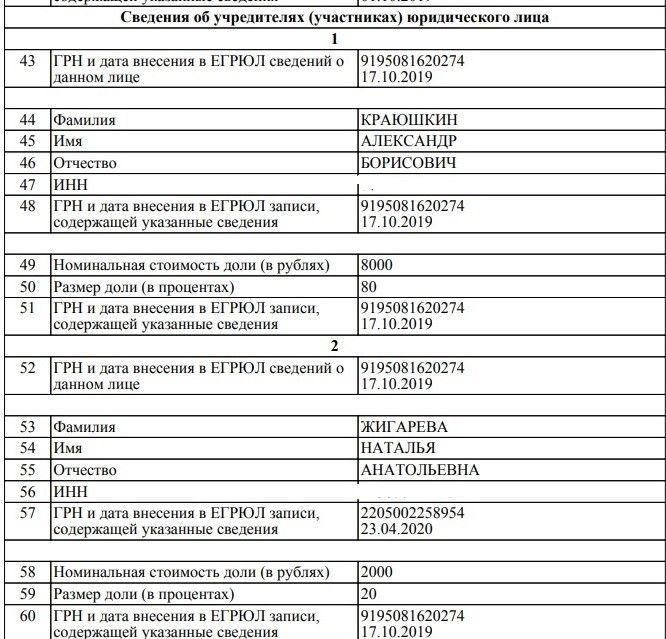 The structure is extremely murky - a loss of half a million for 2018 with zero revenue and a minus value of assets. The public, however, is aware of it - in 2017, when it was submitted, they were going to introduce a fare at the Neklyudovo – Zolotovo hub in the Borsky district of the Nizhny Novgorod region. This was written by Moskovsky Komsomolets. Money is not superfluous, and it is true.

But another fact is curious: the second co-founder is Alexander Krayushkin, who is Zhigarev's co-party member. He is also the company's CEO.

Isn't it time for the tax service to get interested? And at the same time, other authorities could ask what structures and people Zhigarev does business with. The following fact is even more interesting: it was Alexander Krayushkin who was one of the first to report the theft of 22 million rubles from Zhigarev's apartment.

It seems that they all act as part of a well-coordinated team that tries to present Zhigarev as a nice and fluffy, loyal and honest politician who is ready to pick up the fallen banner of the LDPR in the Khabarovsk region. In the age of information technology, they are frankly weak. We can only sympathize with the residents of the region - the LDPR has no other candidates for them...

30 November, 8:16
"Change" for Zyuganov: who will take the place of the Communist Party?

03 June, 17:31
Does Kiriyenko filter the "waste" through Lebedev?
See also