While the insurance market in Russia brings continuous losses, the head of the All-Russian Union of Insurers Igor Yurgens rides to unfriendly countries, where he signs ambiguous "declarations" about the conflict in Ukraine.

The agenda once again surfaced the name of the scandalous president of the All-Russian Union of Insurers (ARIA) Igor Yurgens. This time he himself attracted attention, refusing to sign papers at the entrance to Latvia that he was an opponent of the special operation carried out by the Russian Federation in Donbass.

"I did not sign the document, because I will not sign anything against my country" - quoted by Tsargrad.

It sounds patriotic and it would be right for all of us to pat Mr. Jurgens for such devotion to the country, if not for one "but" - in March of this year, the "patriot" Jurgens signed a collective statement in which he condemned "the largest conflict on the continent since World War II." The relevant information is provided by several publications, and the Telegram channel New Sincerity even published a list of signatories to the document, where, according to the authors of the channel, the name of this citizen appears. 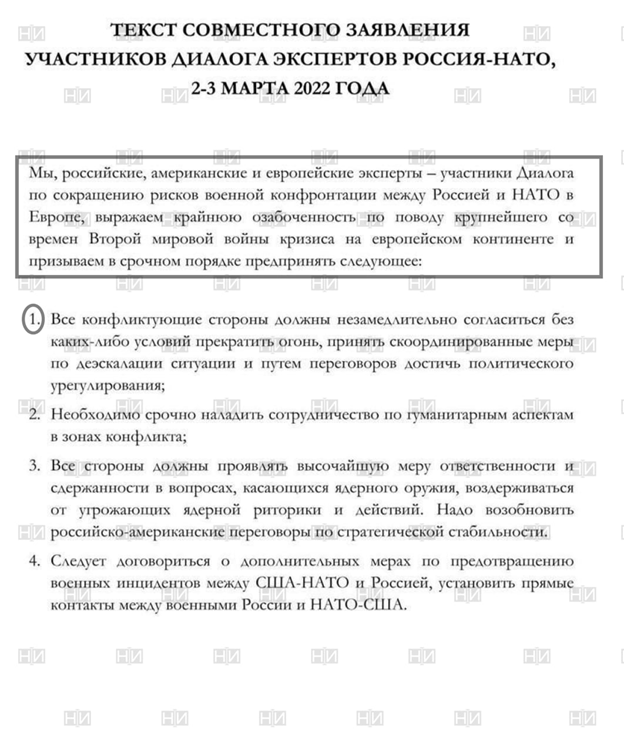 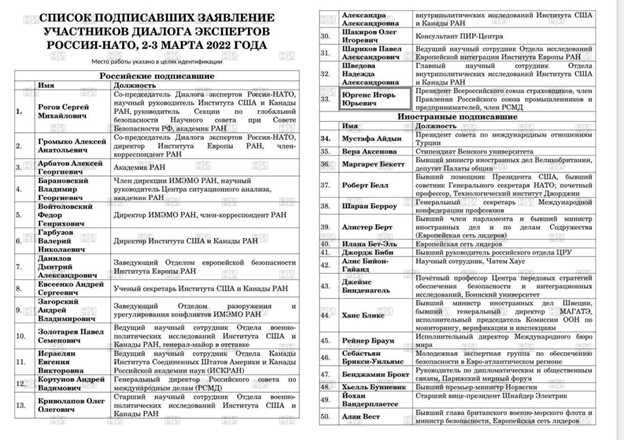 Moreover, it became known about this even when the document was signed. It is possible that after that Jurgens hid for some time and changed tactics to hypocritical pseudo-patriotism.

As it turned out, Jurgens is famous not only for this. The correspondent of The Moscow Post understood the identity of an untouched citizen.

Jurgens has been in the insurance market for a long time. About 25 years ago, he headed the board of directors of the International Insurance Company of Trade Unions MESCO.

According to the Infox publication, after leaving office, he was appointed co-chairman of the board of trustees of the Fund for the Development of Parliamentarism in Russia, one of the many near-power feeders where he could lobby for the interests of Ingosstrakh.

He headed the VSS back in 1998, left there to the Russian Union of Industrialists and Entrepreneurs (RSPP) and returned in 2013. Returning, he demanded to unite insurance associations under his leadership - in other words, to warm the market for himself. Doesn't it resemble a monopoly?

The appointment was accompanied by high-flying speeches about the difficult times ahead. "I understand what a difficult business I took on," Jurgens said at the time. Quote from Kommersant.

The matter really turned out to be difficult. During Jurgens' work in the insurance sector, the most natural business on blood was built, according to Infox journalists.

After each major disaster in Russia, new mandatory types of insurance began to be introduced, hitting entrepreneurs' wallets. After the disaster at the Sayano-Shushenskaya hydroelectric station, the law on insurance of dangerous facilities was promoted. Forest fires in 2014 provoked the emergence of forest insurance. And so on.

The reform of domestic insurance, which Jürgens zealously lobbied, ended in 2019 with an increase in tariffs for car owners. Although I thought allegedly for the sake of a good cause - the fight against fraudsters. And such "gaps" in almost every direction of the word-hunting insurer.

Jürgens's pockets are not empty?

But together with the car insurer Mikhail Grishin (the owner of a mass of firms in the insurance market), he could withdraw billions of state money. About how Grishin's company received a gigantic amount of funds from the Russian Union of Auto Insurers (RSA) during the period when it was led by Jurgens, Versiya told in detail.

Even law enforcement agencies drew attention to the situation, but for some reason the bankruptcy of Grishin's firms was allowed, as was the loss of billions of dollars in the insurance market.

As is allowed, the sale of "fake" OSAGO policies, the creation of which without the mediation of the RSA is simply impossible.

According to Argumenty Nedeli, Grishin specializes in the fact that insurance companies gutted by the owners, and in the time remaining before their bankruptcy, are engaged in the withdrawal of assets from them to affiliated structures and the active sale of car insurance, which is then paid by the RSA.

Everyone knows about the situation, but as if they do not notice, Jurgens pulls attention to himself, telling the media about the next achievements and great thought processes taking place in his head. 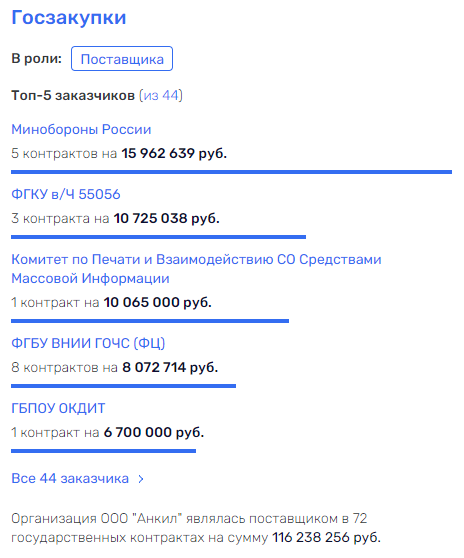 Entrepreneurs who worked with Jurgens are now the owners of companies that receive millions of government contracts. In the screenshot, data on the publishing company Ankil, owned by Rustam Yuldashev (Professor of the Department of Risk Management and Insurance of the MGIMO Ministry of Foreign Affairs of the Russian Federation), which was the founder of ODSSO during the period when Yurgens headed it. Photo: https://www.rusprofile.ru

In general, no one looks at what is happening in the insurance market. Why the RSA issued insurance to pre-bankruptcy companies or signed cooperation agreements with them - questions that no one answers. And budgets continue to be mastered in very, very dubious ways.

In August 2018, Dalakfes was suspected of embezzling policy forms, and to the heap - of withdrawing assets by writing off receivables - Asn-news reported. Shortly before that, the company in batches received OSAGO policies from the RSA. As a result, the bankruptcy of the company was paid by the state, and insurance payments were made by the RSA. Lost the budget, but acquired Jurgens?

At the same time, according to Argumenty Nedeli, the debts of insurers to defrauded equity holders, according to the most modest estimates, amount to at least 15 billion rubles. In this market, what fraudulent schemes do not bloom violently.

Take at least the story of the general director of Baltsrakhavanie Yevgeny Miroshnikov and his partners from Prominstrakh. Who gathered under the leadership of the ex-head of Vneshprombank Larisa Markus, now convicted of embezzlement, and for 10 years "delighted" the clients of her company until she "collapsed."

Journalists suggest that "the RSA, the Ministry of Internal Affairs and other supervisory and punitive authorities allow Grishin to eviscerate the insurance market with impunity, and criminal cases initiated on the facts of fraud and theft in insurance companies are initiated against an unknown circle of persons, and then simply fall apart."

How else can such impunity be explained?

So it turns out that in words insurance under the leadership of Jurgens is fighting fraudsters, but in fact - puts in his pocket and the "roof"?

The BCC, under the leadership of Jurgens, acted as the founder of the Association for the Development of Financial Literacy. At different times, the owners of the company were Tinkoff Bank, Sberbank, VTB. Communications go all the way to the Central Bank. Can Yurgens cover Nabiullina herself? Photo: https://www.rusprofile.ru

Jurgens not only passes laws through the State Duma, which in fact can personally ensure his monetary well-being, but also allows himself to declare that until they are adopted, none of the deputies will go on vacation. Business Online reported this regarding the law on OSAGO.

Then the Duma considered a package of amendments providing for an increase in the cost of the policy. Jurgens did not hesitate that time to hide behind even the name of the President of the Russian Federation, saying that "he gave a tough order at a meeting of the Economic Council to accept OSAGO in the form in which it was agreed, including with insurers."

And here again, the duplicity of Mr. Jurgens, who during the presidency of Dmitry Medvedev publicly criticized the "vertical of Putin's power," wrote about this Lenta.ru.

It is not known what allows a person of such a warehouse to still remain at large. Apparently, he really may have connections at the highest level in law enforcement agencies. If this is true, then in the place of Vladimir Kolokoltsev, Alexander Bastrykin and Alexander Bortnikov, we would have regretted 200 times that we had warmed this, literatively expressing the "serpent" on our breasts.