TV presenter Vladimir Solovyov "to cash in" on the Moscow's budget under the vigilant control of the mayor Sergei Sobyanin?

The City Council of Moscow has signed two tenders for the improvement of urban areas. And with whom? Apparently, with the company, which belongs to the producer of the TV presenter Vladimir Solovyov - Margarita Zhitnitskaya. What he can possibly have to do with the improvement of the capital,investigated the correspondent for The Moscow Post.

AKP Stroy-Invest has negotiated 2 contracts for 1 billion rubles with the Capital Repair Directorate of the Moscow Capital Repair Department and another contract for almost 800 million rubles from the department-controlled GKU Ukris. Apparently, Sobyanin "bought" flattering reviews from Soloviev in advance.

But it is very unlikely that the repair of pedestrian roads and airport runways is what really bothers Sobyanin. And what won't you do for television ratings?

And the Zhitnitskaya-Soloviev duo, apparently, has long been "feeding off" the Moscow budget. It is worth noting that the trademark "Solovyev Live" is allegedly registered on Zhitnitskaya. Moreover, colleagues once ran the office together as the founders of a certain "Vm Development"LLC. In February 2018, Soloviev left the company's capital.

And here is where it gets interesting. The "favorite" of the city hall - "APK Stroy-invest" - which has notched up almost 4 billion rubles on state contracts since its inception (since 2017), is registered at the same address as Vm Development LLC. Both offices work on Pravda Street 24 in building 11. Are they working or "laundering"?

APK Stroy-invest with an authorized capital of 10 thousand and a staff of 16 employees keeps receiving billions from the budget. An inconspicuous "dummy" through which budget money can flow?

But Zhinitskaya makes a great living not only on construction , but also on the air. The lady is at the foundation of several companies that regularly draw up government tenders. For example, M-Production LLC earned more than 1 billion rubles in tenders from TV Center JSC, which belongs to the Moscow City Property Department, and Moscow Media, controlled by it. Moreover, both TV Center and Moscow Media have been working with losses, estimated in millions, for years.

Then where does Solovyov's producer raise all that money from for such fantastic tenders ?! Zhitnitskaya is actively working with "TV Center" and "Moscow Media" and through LLC "M-Production Media". The contracts total for more than 350 million rubles! Apparently, Sobyanin decided to "buy out" not only his reputation on television, but also the reputation of all his closest relatives and friends!

By the way, one of such "friends" may be the oligarch Alexander Chigirinsky - the brother and business partner of the scandalous businessman Shalva Chigirinsky. And, apparently, not by accident, Kommersant in 2009 called the journalist Solovyov a friend of Shalva Chigirinsky. In addition, back in 2008, Soloviev was an independent witness to testify in the case of a businessman's suit against Roman Abramovich, as Gazeta.ru wrote. He spoke out against Abramovich and against the Russian judicial system! All for the sake of "exonerating" the old "comrade"?

Rumor has it that the presenter can not only "make friends" with the well-known Chigirinsky brothers, but also lead common business projects. Did this awesome gang just happen to "flock" on the budget "feast of Sergei Sobyanin?

One of the new projects of Soloviev-Sobyanin-Chigirinsky "trio" could be the demolition of the Bolshoy Palashevsky Lane to make place for a multi-story building. 50 thousand Muscovites are ready to speak out against the demolition of historical mansions. As Novye Izvestia wrote, the Moscow City Hall prompted a barbarous destruction project, allegedly for the good of the business interests of the enterprising Chigirinsky. Investments in the project will amount to about 2 billion rubles. 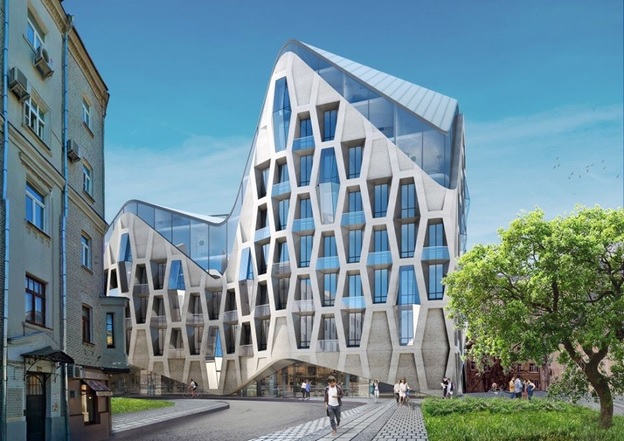 Is Sobyanin ready to destroy Moscow to please his "friends"?

It only remains for Solovyov to "fit" into the project with a media speaker at the ready. The journalist is known for being often contacted by various fields to lobby their interests. And here came such a project! And, most importantly, such a big cut! Solovyov, apparently, cares very little about whom to "serve" and what to "broadcast".

It is also possible that the program "K baryeru /To the barrier" allegedly closed back in 2009 precisely due to a series of publications about the honest journalistic activity of Soloviev, which reeked more of a paid lobbyism than basic professional ethics. Rumour had it that Soloviev could receive remuneration in the hundreds of thousands of dollars for evidence in some cases in arbitration courts! If we add to this the possible "agreements" with the Moscow City Hall, can we explain where the TV presenter got a mansion in Italy on Lake Como, a house for 400 million rubles in Peredelkino and an apartment for 250 million rubles in Moscow? "Lobbied"?

Or did Soloviev work so well with his possible "acquaintance" Vladimir Gruzdev, a current adviser to the governor of the Tula region, Alexei Dyumin? The fact is that Solovyov was the founder of the currently liquidated Modny Continent LLC, where the shares of Nelly Gruzdeva and Olga Gruzdeva, probably relatives of the scandalous business official, are controlled.

Gruzdev's "merits" were described in detail by The Moscow Post. And allegedly managing to get into politics not without connections in "authoritative" circles, too. And that according to rumors, the businessman Gruzdev was "allocated" a share from the accumulations of the Orekhovskaya OCG for the construction of the Seventh Continent grocery network. And about the Gruzdev governorship, when the impoverished Tula region was weaving at the bottom of all ratings. Gruzdev was also involved in finance - his Seventh Continent and Sobinbank created a joint project - Finservice Bank, in which Gruzdev also had his share. But "Sobinbank" was accused of a major swindle in 2004! According to Kommersant, the bank used fictitious schemes for “pumping" capital.

Why, after so many hassles did Gruzdeva take Dyumin "under the wing"? Perhaps the reason is that the governor's brother, Artem Dyumin, is the general director and member of the board of directors of Olimpiysky Sports Complex. The scandalous co-owners of Kiev Square God Nisanov and Zarakh Iliev are engaged in the reconstruction of the Olimpiysky Sports Complex. The latter, according to rumors, "paid" Sobyanin a hefty commission off their projects. Did all the "friends" gather around the mayor of the capital ?! What a great company: the mayor of Moscow, near-criminal businessmen, an adviser to the governor and a television presenter/ the lobbyist?

Yes, apparently Sobyanin's decrees on budget savings do not apply to everyone. Then why does the mayor of the capital keep allocating hundreds of millions of rubles to possible "lured" structures and forget about the welfare and health of Muscovites?