Turchak is one step to Matvienko

Andrey Turchak is being prepared for the position of speaker of the Federation Council Valentina Matvienko.

As the correspondent of The Moscow Post reports, it is likely that Andrey Turchak is preparing to take the post of speaker of the Federation Council in future and  Valentina Matvienko. Now his appointment to the post of First Deputy Speaker of the Upper House of Parliament may indicate that Turchak is just taking matters, and the appointment of another Deputy speaker of the Federation Council - Andrey Yatsky implies that he will be the "right" hand of Turchak.

Secretary of the General Council of United Russia Andrey Turchak today took the post of first Deputy speaker of the Upper House of Parliament. Previously, the post was held by Nikolay Fedorov. In addition, the post of another Deputy speaker was taken by Andrey Yatskin, who was appointed a Senator from the Rostov region the day before.

There were rumours in telegram channels that the strengthening of Turchak in the Federation Council is logical and indicates the strengthening of not only him, but, above all, Dmitry Medvedev as the speaker of the Federation Council. But taking into account the presence of Yatskin and the "opening" of the second place in the chair of the Vice-speaker, it is logical that Turchak himself will take the "throne".

It should be recalled that from February 2009 to October 2017, Turchak served as the Governor of the Pskov region. Then he was appointed Secretary of the General Council of United Russia. And in 2017, Deputy speaker of the Federation Council in November 2017.

Rumours about the resignation and payment of journalists

The fact that Valentina Matvienko may leave her post was clearly written by the Federal media in April last year. On the one hand, then it was a big anniversary and such a round date was pompously celebrated in the Great hall Of the academic Philharmonic of St. Petersburg. Matvienko received the highest state award - the order of St. Andrew the first-called, the TV channel "Russia-1" showed a biographical documentary "Valentina", shot for the anniversary of Matvienko.

"The party looked like Matvienko's good-bye with public policy," said the interlocutors of Dozhd TV channel. However, it was probably difficult to find a replacement. Although, among the applicants there was the Head of the Foreign Intelligence Service Sergey Naryshkin.

Reporters from Kommersant were the first on the front line to make their resignations. Then she was predicted to retire to an Honorary Pension Fund or even become an Ambassador to China. 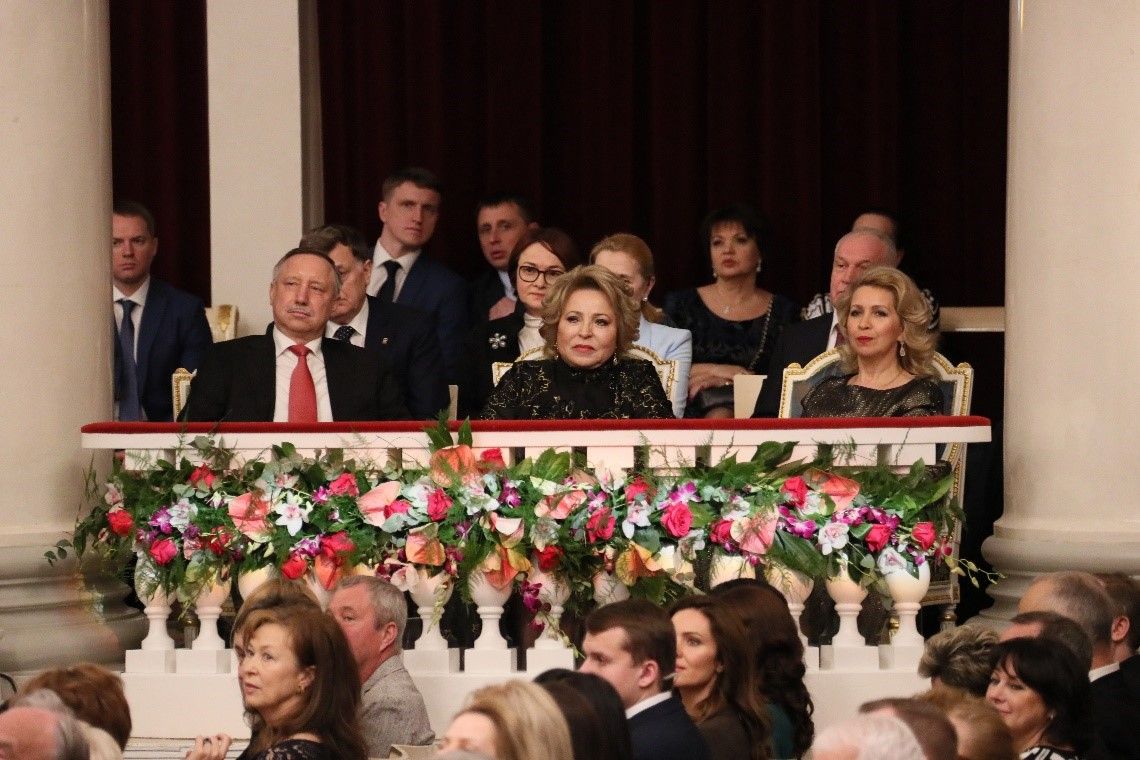 Last year, on the anniversary of Valentina Matvienko has already "said good-bye"

None of this happened, but by a strange coincidence, two journalists were accidentally dismissed from the politics Department of Kommersant, and almost the entire politics Department of this highly informed publication resigned after them, Meduza reported. And one of the authors – Ivan Safronov is now behind bars and "responsible for the Rogozin cases."

Of course, Valentina Matvienko herself had nothing to do with this. But how surprising it is that the laws on "Fake news" and on banning criticism of the Government will be immediately put into effect. Apparently, so that it was no longer customary to "send" Matvienko to resign ahead of time?

Of course, Valentina Ivanovna has been the head of the Federation Council for 9 years and, in a certain sense, has become a symbol of this authority. This is a real universal soldier, and she does not need to be impertinent.

She changed many positions: Secretary of the Komsomol district Committee, Russian Ambassador to Malta and Greece, Deputy Prime Minister for social Affairs, Presidential envoy, Governor of St. Petersburg. And everywhere she became famous as a very effective leader who "slips" well and regulates the interests of the "party" and billionaires.

By the way, Andrey Turchak can also teach journalists a lesson.", he can compete with Valentina Ivanovna in the ways to stop "opening mouths".

So, while serving as the Governor of the Pskov region, he appeared in the high-profile case of beating journalist Oleg Kashin. Evil tongues even called Turchak a likely customer of the crime. And the reason was, in August 2010, Oleg Kashin, quarreled in his "LiveJournal" with Turchak, using an unpleasant expression for him. The Governor demanded an apology in 24 hours and added: "Time's up." Three months later, Kashin was beaten with rebar by two men in the entrance. Then the President of the country Dmitry Medvedev promised to solve the crime, but for a long time the case almost did not move. In September 2015, Kashin announced the disclosure of the case. But Turchak said in an interview with a regional newspaper that he was not involved in the case, and would be happy to meet with a journalist and "look into his eyes and talk." Kashin refused, as Kommersant wrote.

However, all the perpetrators of the crime were connected by one place of work - JSC STC "Zavod Leninets", which was 40% owned by Leninets Management Company LLC - the structure of the Leninets holding company of Anatoly Turchak, Andrey Turchak's father. It is hard to imagine that several people, after reading the exchange between Kashin and Turchak on the Internet, suddenly simultaneously became angry with the journalist and went to beat him in an organized manner. 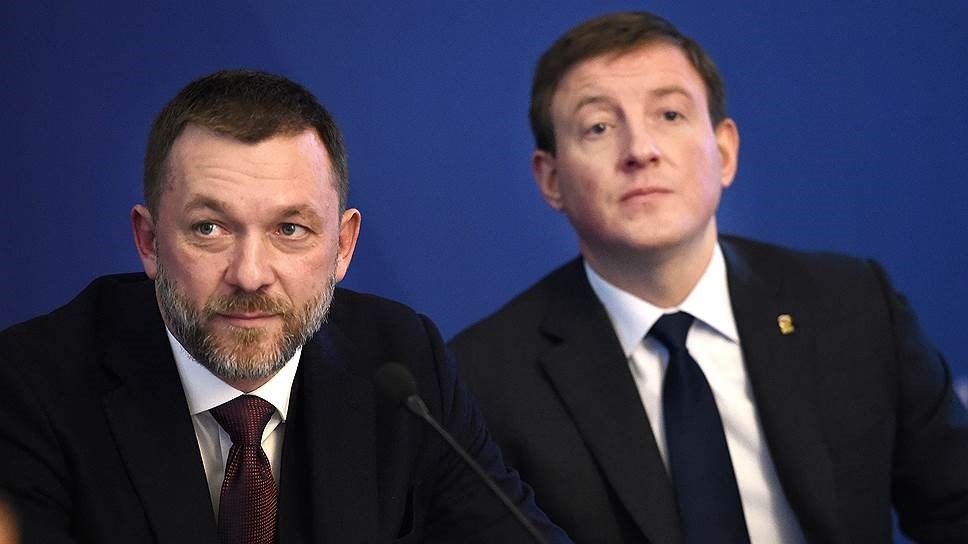 There was also an attack on the editor of the Vesma opposition newspaper Andrey Grishin last year. And by the way, he was associated with the Deputy, the head of the United Russia faction in the legislative Assembly, Eduard Kozlov. The case was classified, hushed up, and meanwhile The Moscow Post established Kozlov's connection with Senator Dmitry Sablin through the public organization of veterans called Boyevoye bratstvo (Fighting brotherhood). It is likely that the cases of Sablin himself were revealed, but former Governor of the Pskov region, Secretary of the General Council of United Russia Andrey Turchak taught how to get away from the eye of journalists, didn't he? According to rumours, Sablin is Turchak's "party purse", since the Deputy is openly engaged in business, which is prohibited by law.

Dmitry Sablin owns 90% of Rota LLC, and this share is not in trust management, as law-abiding deputies of the State Duma. For 6 years, the company has been operating without profit, which may indicate that money was withdrawn from it or tax evasion. How much can Dmitry Sablin "share" with Andrey Turchak for turning a blind eye to the violation of Russian law by a representative of the party in power?

In addition, as Governor of the Pskov region, it was rumored that Turchak had two possible Pskov "purse", which could be the Kukhi brothers and Alexander Kolpakov. They are co-founders of many firms that regularly receive government orders and literally entangled all areas of business in the region.

However, much was leaked to the media regarding possible illegal schemes involving the name of Turchak.

Generally, after the management of the Governor's chair failed, Andrey Turchak was sent to demonstrate his talent as a party leader on the example of Sevastopol. There he took Sablin with him.

Thus, last year, the conflict between the Governor Dmitry Ovsyannikov and the legislative Assembly reached such an extent that it actually paralyzed the work of the government. An autumn election company of United Russia turned out to be under the threat. There Dmitry Ovsyannikov on the eve of the May holidays in the city dismantled 90 billboards advertising UR. A lot of money from the party budget was spent on them. Ovsyannikov openly showed his "teeth" to both Sablin and Turchak. And the latter inflamed the situation between the Government and the faction with statements in the media, RBC wrote.

In any case, an interesting "frame" will take the helm of the adoption of new laws. And how, with such a track record, will he respect the interests of all levels?