"Treated" in Seychelles: what Ievsky "buried" from Gref on the islands

Famous psychologist Andrei Kurpatov could withdraw money close to Sberbank to the Seychelles?

The Russian media space continues to be shaken by a scandal with a famous Russian psychologist, and recently - one of the top managers of Sberbank, the head of the Laboratory of Neurosciences and Human Behavior at Sberbank Andrei Kurpatov.

Recently, a high-profile scandal has continued around the doctor, associated with a person close to him - former flight attendant Alexei Ievsky. Mr. Ievsky has been in jail for several months at the request of Andrei Kurpatov.

Ievsky is suspected of stealing a Porsche Cayenne car from Kurpatov for 9.3 million rubles, a Breguet watch for 1 million 250 thousand and Mercury diamond earrings for 2 million 600 thousand rubles. Moreover, apparently trusting, Kurpatov made him the director of a company selling products under the brand name of a famous psychologist.

However, this, as it turned out, is only part of the story. In it, both Kurpatov, Ievsky, and many other people can only be pawns, for whom you can see the figure of the head of Sberbank German Gref. According to the authors of the Telegram channel "Base," allegedly Andrei Kurpatov made Ievsky the owner of an offshore company on Seishels AVK Investment Ltd with a turnover of $2 million. And here it seems that the "dog" that the correspondent of The Moscow Post tried to dig up in the sands was buried.

Apparently, AVK is Andrei Vladimirovich Kurpatov. The same authors claim that they allegedly have documents related to the creation of this organization (extract). In it, Kurpatov was named the owner of class "A" shares, and the second shareholder - allegedly just Mr. Ievsky, with class "B" shares. 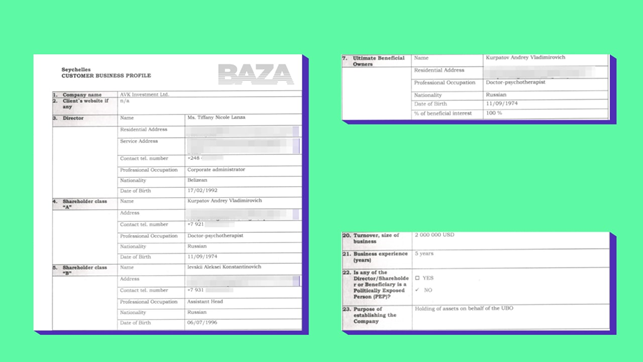 With all the income of the popular TV presenter Kurpatov, offshore companies with million turnover in dollar terms are much higher materials. And it is unlikely that there was no Sberbank money. Or there may be money from Mr. Gref himself, because he did not officially and directly own expensive property (especially abroad) - the rank of official obliges.

Recently, Gref added a list of businessmen and officials to whom the West, attributing to them the ignorance of what, applies sanctions.

The package provides for freezing assets in the United States, isolation from the dollar system, and also makes the person involved in the list "toxic": any business relationship with him entails the risk of subsequent inclusion in the sanctions list.

More interesting, Gref is included in the British list (for the purposes of the asset freeze and the travel ban) as a citizen of Russia and Germany (!). There is no information on second citizenship on the American list. This was reported by RBC. 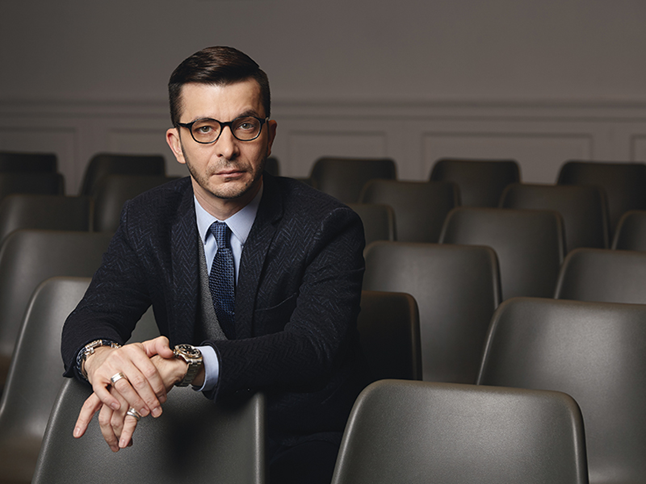 Of course, Gref himself at Sberbank violently refutes the version of dual citizenship. But that's not the point. It can be assumed that earlier German Oskarovich could try to hide something abroad. But now, due to sanctions pressure, access to foreign assets for him is probably closed.

Even if the criminal case of Kurpatov against Ievsky ends in the defeat of the latter, and the doctor returns his property, what will become of this offshore (if the information, of course, is correct)? Jevsky will calmly serve his sentence and leave to live a hopeless life on Seychelles?

But where does Kurpatov usually see Gref there, and accordingly there may be his money? Now all the authors of such "combinations" sat loudly in a puddle. And in the case of Ievsky - and at all in the pre-trial detention center.

According to the authors of the Project Scanner Telegram channel, allegedly Mr. Kurpatov is withdrawing Sberbank money through the very Neuroscience Laboratory, which he headed on behalf of German Gref. Like, it happens as if through the companies of Kurpatov IP Kurpatov and LLC Online Production. The latter was just registered with Alexei Ievsky. He is its founder today.

If this is true, then offshore in the Seychelles no longer seems a duck. But in this case, it is impossible that German Gref was not aware of this situation.

At the same time, Kurpatov would be a strange choice for Gref to try to withdraw some money abroad. Perhaps German Oskarovich simply felt a certain community with the doctor, so he allowed him something that he could not allow other colleagues in the state bank.

Meanwhile, they say that despite all his education, Mr. Kurpatov can do very strange things. For example, they are trying to attribute to him communication with a fortune teller, whom he could pay 15 million rubles, so that she could help fetch an attic of 250 square meters. meters at the neighbor Kurpatov. It looks like a "stuffing," but if not, who does Herman Gref take to work?

But not Kurpatov united. Throughout the past years, German Gref's right hand has been the former first deputy chairman of Sberbank Lev Khasis. He was called almost Gref's "liaison" with Western countries, or rather with those assets and capital that, through the Khasis family, could hypothetically belong to Gref.

Shortly before the start of the special operation and a new round of sanctions, Lev Khasis left his post, and moved to lead a separate e-commerce holding, separated from the structure of Sberbank. But this did not help him - Mr. Khasis also fell under draconian sanctions. And in the USA, now he has exactly ordered the way. Forbes wrote about this.

Meanwhile, it seems that Khasis was a private guest there. And again, perhaps on Gref's behalf. Screenshots of certain documents are walking on the network, from which it can be concluded that the Khasis family has business assets in the United States. 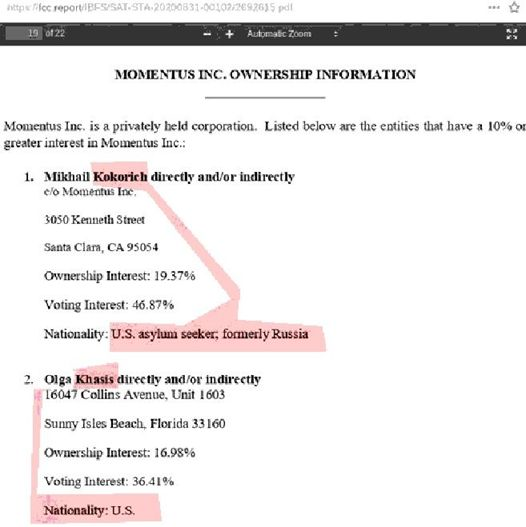 In these documents, a certain ex-owner of the companies Technosila and Dauria Aerospace Mikhail Kokorich is seeking asylum in the States. It turned out that Kokorich was one of the founders and CEO of a multibillion-dollar business - the American group Momentus. It was a "space" startup, where you can start any technological assets.

As follows from the document, Kokorich owns it with Olga Khasis-Finkelstein-Bespechnaya. The wife of Leo Khasis is named Olga Khasis, and as if her maiden name was Careless.

It also indicates that Olga Khasis allegedly has American citizenship. The former US Deputy Secretary of Defense, as well as the former head of the Pentagon's space development agency, John Rod, may be related to the company itself (here is his biography on the Momentus group website). But could both Olga Khasis and her husband Lev meet with them to discuss certain issues?.. 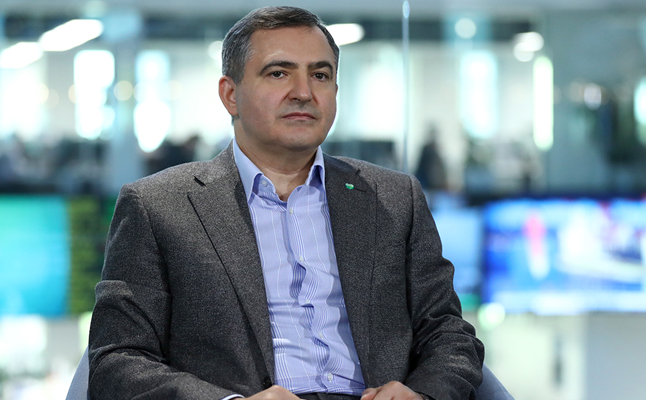 In addition, Lev Khasis has serious business experience and communications in the West, especially in the United States. In 2011-2013, he was senior vice president of retailer Walmart Stores Inc (one of the largest American retailers). Prior to this, for five years he led the X5 Retail Group in Russia, which is also known for its offshore structure.

Once again, it's all in the past. And if someone had money and assets, they had to be stored in Russia. But even before that, Gref fell into an offshore scandal. According to the results of the publication of the Pandora dossier, it became known that allegedly, about $50 million was found in accounts that may be related to Gref in Singapore and Samoa. About this writes Ura.ru. It is unlikely that he could earn such money in his entire career.

According to documents, back in 2011, Herman Gref established the Angelus Trust in Singapore to manage family assets for more than $55 million. The trust was subsequently liquidated. But before that, Gref decided to make the manager and beneficiary of the Angelus Trust a nephew living in Switzerland - 24-year-old Oscar Gref.

In addition to him, Gref also has a son - Oleg Gref, who is a businessman, in particular, acts as the founder of Neva Invest LLC. There, 60% belongs to Pavel Tyshchenko, who in the past was a director at Nevsky LLC. This structure at one time was owned by German Gref himself.

Thus, literally from all sides of German Gref, some business interests and assets are visible here and there. But only Gref and his team can't use them now - they, like many other Russians, have ordered a way there. Shouldn't you just work honestly and invest in your country?

And not mess with strange personalities.