Why the strengthening of the Vladimir and Larisa Kalanda's dynasty in Transneft may be dangerous for Nikolay Tokarev and what risks does it carry for the State Corporation?

As it became known to the correspondent of The Moscow Post from its sources in the Ministry of Energy of the Russian Federation, Vladimir Kalanda may soon take the post of Vice-President of Transneft for interaction with authorities (GR). Kalanda is a famous person in the Russian legal community. And not only famous, but also having a very specific reputation. Such reputation that is unlikely to benefit Transneft and its elderly President, retired FSS General Nikolay Tokarev.

Many critics behind his back call Vladimir Kalanda  using an ugly word "solver", remembering his possible attitude toward family business - the College of lawyers of Delcredere. The firm resolves complex commercial disputes in the interests of large and medium-sized businesses, not avoiding the most difficult and complicated cases.

Here it will be appropriate to remember that Vladimir Kalanda is a former KGB officer. In 1998, he got a job in the personnel Department of the Presidential Executive Office of the Russian Federation, where he got a huge number of important contacts. Many of Kalanda's former comrades now work in important positions, including large state-owned companies, where Transneft is no exception.

In addition to the Presidential Executive Office, Vladimir Kalanda worked in the Federal Migration Service and the Federal Drug Control Service, where he served as the first Deputy Head of the Department. More important, however, is that Kalanda was Secretary of the Presidential Commission for Screening Candidates for Federal Judges - this is where the secret of his tremendous success in the field of public service is likely to be.

It is said that this combination of education, connections and experience allows Vladimir Kalanda to influence the most important decisions in the courts. Some even consider him the "shadow leader of the Russian Themis". Judging by the fact that his candidacy may actually be discussed for the post of Vice-President of Transneft for GR, these rumors do not seem to be groundless.

All his life Vladimir Kalanda follows the principle "one men can't do the work of ten". Fortunately for him, he is not alone, and if he is appointed to Transneft, he will not be alone either. After all, his wife Larisa Kalanda is already working there. And what a position she has! And she isn't the only one of his relatives.

Larisa Kalanda is the current Vice President of Transneft for legal Affairs. Previously, from 2006 to 2016, she worked in a similar position at Rosneft, which is now run by Nikolay Tokarev's "sworn friend" Igor Sechin. She also seems to have more than 2 million stocks of Rosneft.

Besides her, the State Corporation also employs the Vice-President of Transneft, Rashid Sharipov, who is married to the sister of Larisa Kalanda. Together with Vladimir Kalanda, they can make up a whole dynasty of top managers of the State Corporation, 80% of which, in fact, belongs to the state.

Meanwhile, Sharipov himself previously worked as a Vice-President at the same Rosneft. It turns out that Transneft has become a kind of septic tank for those who passed the school of life under Sechin? Or are they all, as they say, "sent Cossacks"?

Today, Kalanda is one of the most powerful officials of the State Corporation, she supervises legal issues and, according to rumors, can personally distribute state contracts for legal support of the Corporation to independent law firms. Like the same Delcredere, which already has the total amount of state contracts worth more than 364 million rubles. 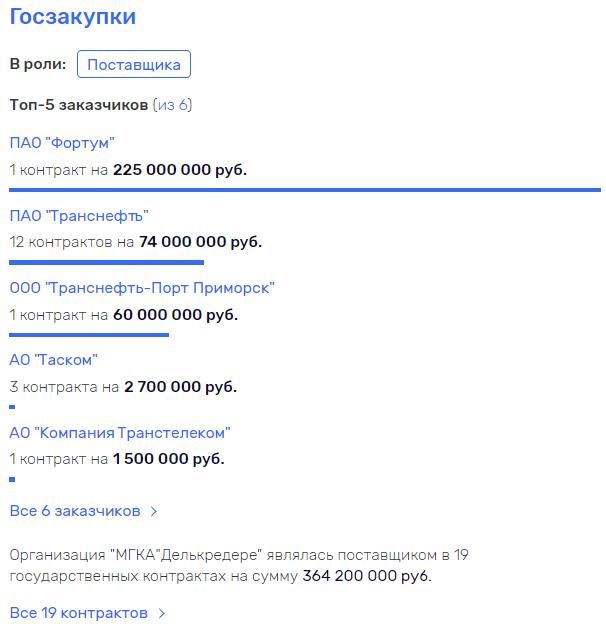 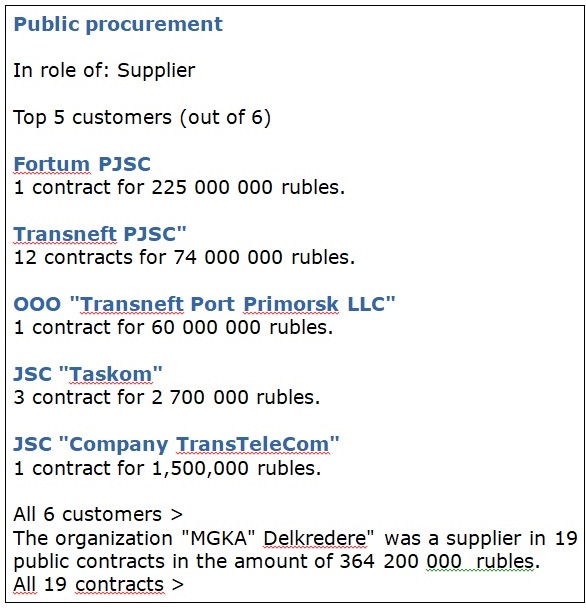 Out of these, 74 million rubles were successfully payed by PJSC Transneft only for legal services. It could be said that Larisa Kalanda had nothing to do with it. A contest is a contest. But how can she, as Vice President of legal Affairs, explain that the company's contractor for 2019 has no revenue, no profit, no asset value? So does the Board have obvious signs of fictitiousness, but they still sign contracts with it? 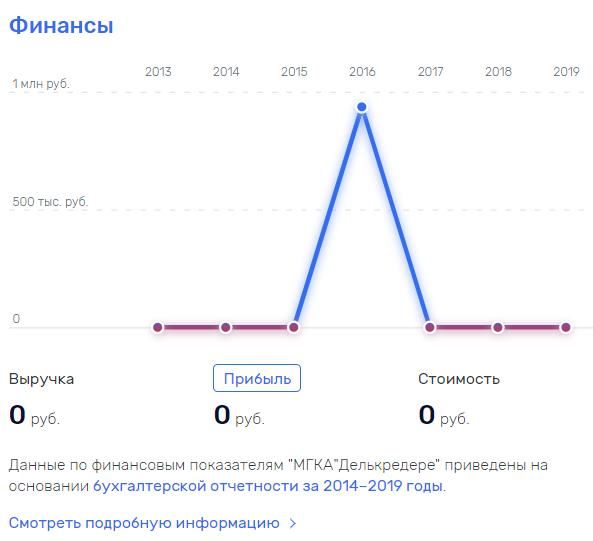 Or may Larisa Kalanda be not responsible for these transactions at all, but, for example, her daughter Alina Kalanda, whom she could have carefully attached to one of the departments of Transneft, is somehow related to this? By the way, according to the Version, publication, already mentioned Rashid Sharipov, along with Alina Kalanda, is one of the founders of the extremely murky French company Les Arcades, which allegedly owns villas on the Côte d'Azur . Not bad for civil servants. But is it legal?

Together, Larisa Kalanda and her relative Rashid Sharipov, in fact, hold the legal and financial block of the State Corporation. If Vladimir Kalanda is added to them, the execution of a family contract within one of the largest state corporations can be considered a done deal. How all this can be allowed by Head of Transneft Nikolay Tokarev is an open question.

According to rumours, he openly turns a blind eye to the affairs of Larisa Kalanda, because she allegedly covers his back in a number of dubious cases and operations abroad. In particular, he allegedly deals with Tokarev's problems in Croatia.

There, as the Meduza publication reports, Tokarev's daughter Maya Bolotova and her husband Andrey Bolotov have an expensive real estate and, according to rumors, a hotel business. Other media outlets, such as the Internovosti project, also wrote about the expensive family's real estate development.

It is the Tokarev family, and more specifically, his daughter Bolotova and her husband, who are credited with owning the amazing five-star Bellevue hotel in Croatia. 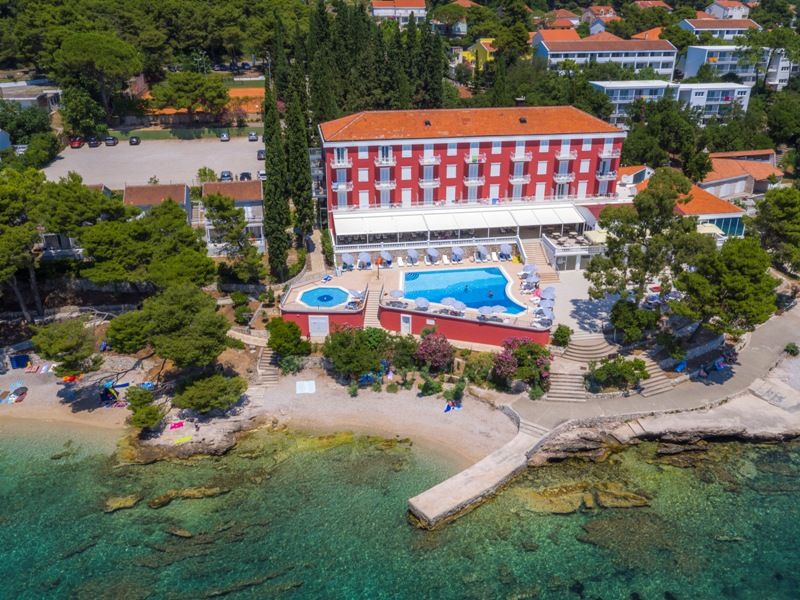 The company Velesstroy is called one of the founders of the hotel. There are rumours that Velesstroy through a number of companies that have taken refuge in Cyprus, is associated with Croatian oligarch Mikhailo Perenchevich, who is said to be actively cooperating with Transneft.

Velesstroy itself was one of the largest contractors of Transneft in the past, having "won" tenders for 7 billion rubles. These are very ambiguous relations between Nikolay Tokarev and his family. One hand washes another.

Today, Velesstroy is 99% owned by the Cyprus offshore company Waveform Investments LTD, and the amount of state contracts has grown to 67 billion rubles. The largest - with Transneft East LLC for 43 billion rubles. And the fact, neither Tokarev nor Kalanda, apparently are concerned that taxes from them go to a foreign jurisdiction. Most of this money can be stolen at all.

Of course, the Kalanda family tries to keep up with the rich Tokarev family. We have already mentioned that the French company Les Arcades, which owns expensive villas on the Côte d'Azur, is most likely to be related to their family.

The cost of each of them is estimated at 30-50 million euros. At the same time, the wealth of Larisa Kalanda is rumored to be about 55 million dollars - but it seems that this is not all. Malicious people spread rumours about real estate and yachts of the Kalanda dynasty in Monaco, expensive cars, fabulous assets hidden from the eye of the Russian state.

Interestingly, the interiors of the villa which belongs to her daughter Alina Kalanda were allegedly designed by a famous French architect and decorator Alain Gossalen, whose work could cost Kalanda 2 million euros. Beautiful life is not forbidden!

It is curious that in April 2013, Alina Kalanda suddenly left Les Arcades and the entire 100% share was concentrated in the hands of Rashid Sharipov, as the publication Versia writes.

Is the General preparing for retirement?

The question arises: does the retired FSS General Nikolay Tokarev intend to give the company's management to the Kalanda dynasty? If we were talking about a private office, this decision could be understood. But in this case, we are talking about a State Corporation that lives on our taxes.

Hotels in Croatia, offensive nickname "solver", familiarity with dubious oligarchs - all this should have been an alert to the old General. Not to mention that these comrades may be direct people of Igor Sechin, who may have long been interested in dumping Nikolay Tokarev.

The story of the Druzhba pipeline contamination is so far unclear, and Nikolay Tokarev may be responsible. At least, Transneft will have to pay half a billion dollars in compensation to its European partners.

But several arrested oil refinery workers have already allegedly testified that they took bribes for allowing dirty oil into the pipeline. It's very likely that they want to let the case go on the brakes. Another version is that, on the contrary, the case is going to be given a go, so they are preparing a replacement for Tokarev, employing people from the Kalanda family into the leadership of Transneft.